James Beard Award finalist Justin Carlisle will open a pair of restaurants in the Urbanite, slated to open in September.

James Beard Award finalist Justin Carlisle will open a pair of restaurants in the Urbanite, slated to open in September at 1840 N. Farwell Ave.

The location – a 13-story modern glass tower developed by New Land Enterprises (for which the top floor concrete has now been poured) – is across the street from Carlisle's Ardent and Red Light Ramen restaurants. 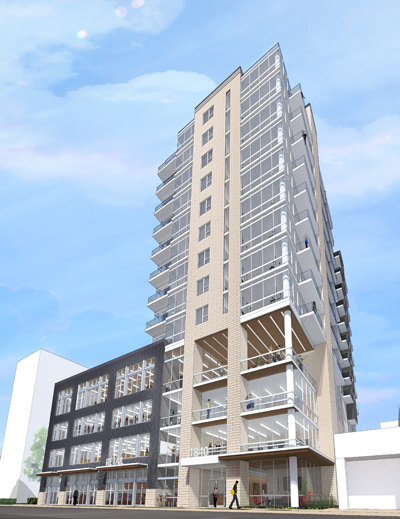 Carlisle has 3,000 square feet of ground floor space, which he will use for both concepts.

The Duke – which pays tribute to Carlisle's dad – will be a grab-and-go place, and Purlieu (which means "neighborhood") will offer casual sit-down dining.

Carlisle's connection to the Urbanite had been previously reported, but details of the restaurants are just emerging now.

According to New Land's Tim Gokhman, the lobby will also include a cafe.

"The lobby will offer lounge seating and direct access to enjoy Justin’s creations, along with space for a coffee shop, which will be open to the public," said Gokhman, "a design and level of amenities you’d expect to see in a Chicago high rise.

"Unlike Prospect Avenue, which for the most part doesn’t feature mixed-use buildings, Farwell is more about the street level."

The pet-friendly apartment building – which has a green roof atop a four-story wing – has 153 units with studios and one-, two- and three-bedroom floor plans, many with lake views and all with luxury finishes, according to Gokhman.

Other amenities for residents include a fourth-floor terrace and club house, heated indoor parking and a fitness center with a massage studio and guest suite.

"We are ideally positioned with lake and city views and a great urban neighborhood, complete with shops, dining, entertainment and transportation," says Gokhman, who is moving New Land's offices onto the second floor of the building.

The building was designed by Kindness Architects, which was acquired by Eppstein Uhen Architects in 2016. Here are a few more looks at the project, now and in the future: 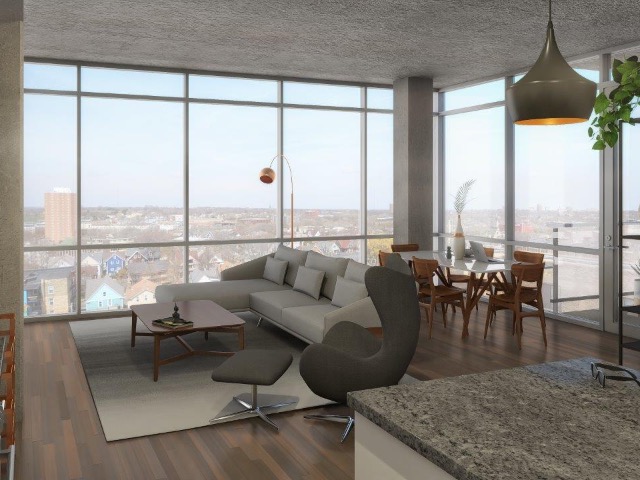 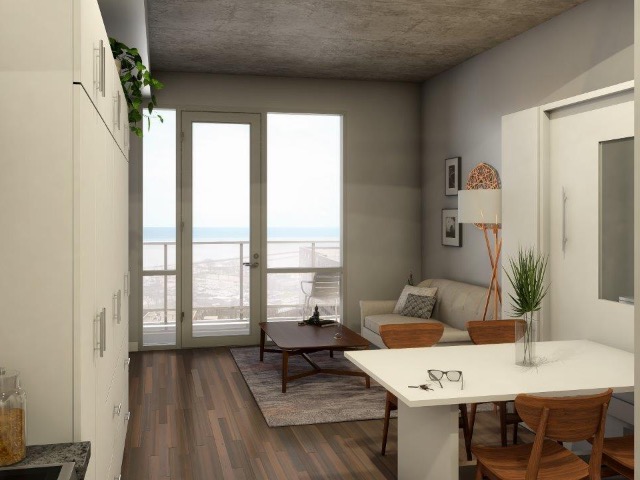 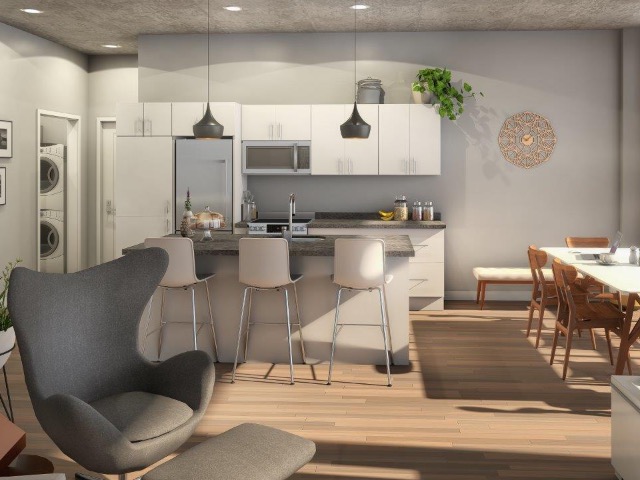 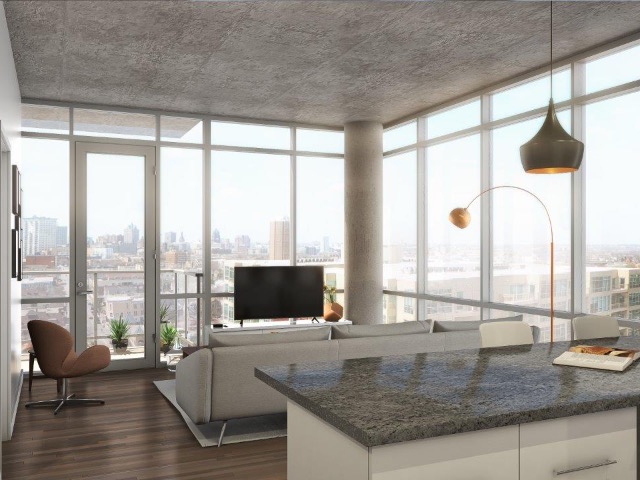 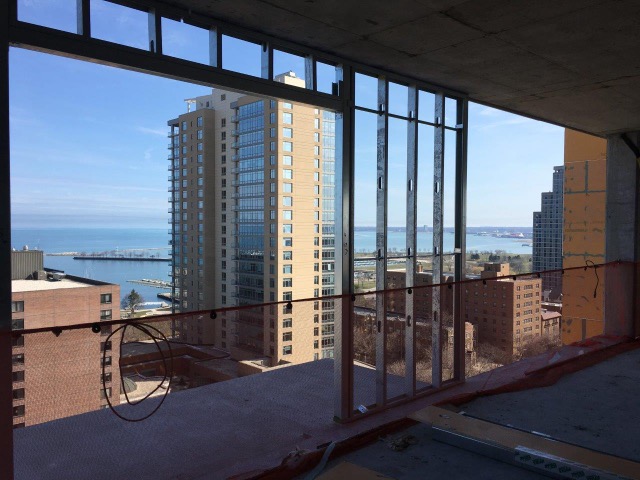 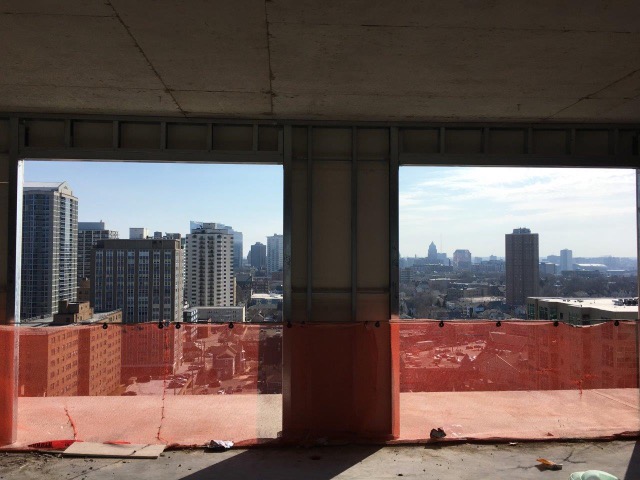 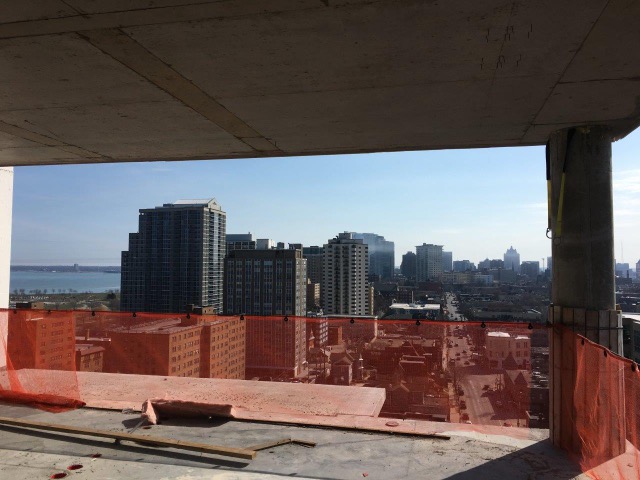