Carolina and Theo Dursina purchased the Usonian Inn - a motel in Spring Green designed by an apprentice of Frank Lloyd Wright - in 2007. Recently, OnMilwaukee.com drove there for an overnight adventure.

Carolina and Theo Dursina purchased the Usonian Inn – a motel in Spring Green designed by an apprentice of Frank Lloyd Wright – in 2007.

"We first saw it 10 years earlier and said to each other that if it ever came for sale we would buy it," says Carolina. "And, a decade later, it finally happened."

Originally from Romania, the Dursinas – who have been married for 28 years – traveled the world together. They moved to New York in 1992 and to Madison three years later.

Currently, the couple lives in the residence quarters at the motel; however, earlier this year they decided to put the motel on the real estate market and so where they will live in the future is still in question.

"We might go back to Europe for a few years to spend time with my parents," says Carolina. "I guess we are going to semi-retire. Basically, I want to explore more what I can do."

The Usonian Inn was designed by J.C. Caraway, a student at Taliesin, in 1948 and the construction was completed in 1952. According to Carolina, Wright was on the property several times to supervise the project.

The Usonian was the first motel between Madison and LaCrosse on Highway 14. Originally the Rest Haven Motel, in 1992 the name was changed to its current name.

"Usonian" is a word used to describe approximately 60 buildings and homes designed by Wright, who believed middle class Americans should have access to homes that were attractive and affordable. Typically, Usonian structures are small, single-story dwellings that are often L-shaped, flat-roofed and constructed with native materials. 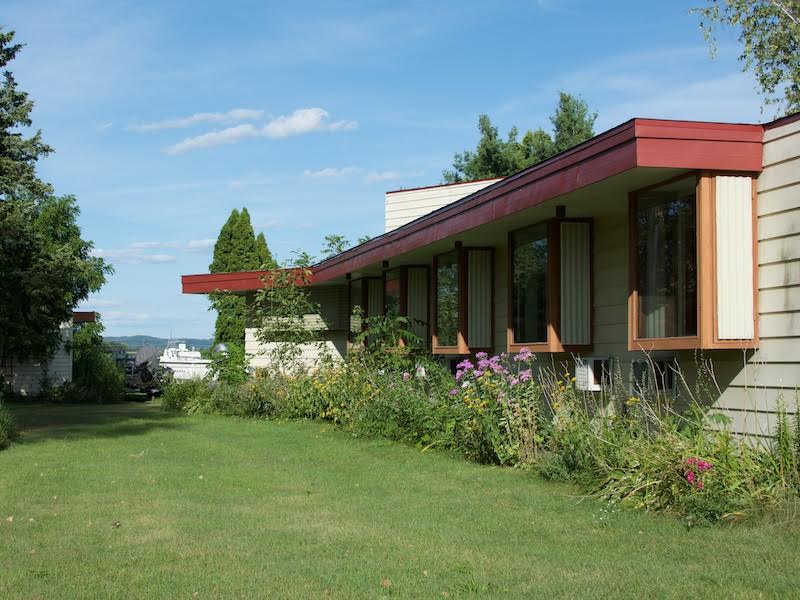 Since owning the Usonian Inn, the Durcinas have made many upgrades, including a new roof, windows and bathrooms.

"We took care of the largest, most important projects," says Carolina. "We wanted to reestablish the integrity of the building and put the property back on the map. We revitalized it."

The motel has 11 units, two of which have been completely refurbished to convey a "modern industrial" look and feel. One of the remodeled rooms has a fireplace, soaking tub for two, king-sized bed and a walk-in shower. 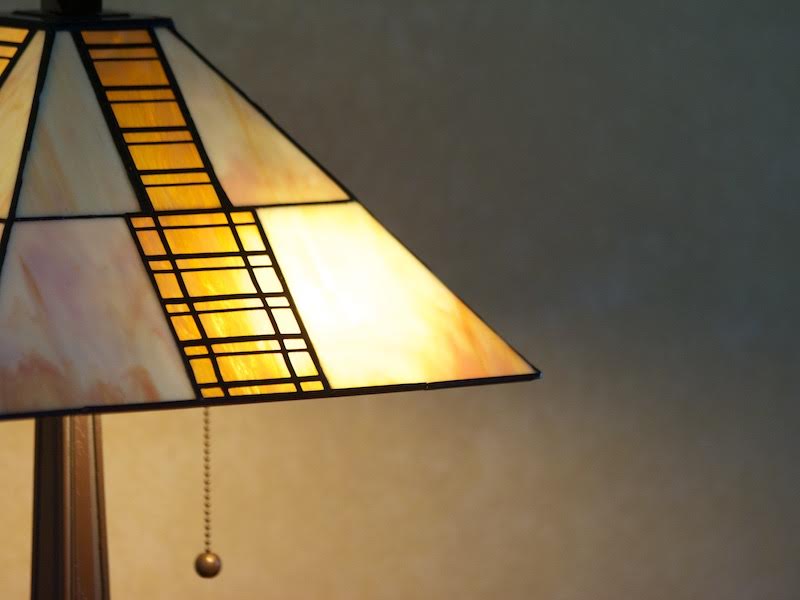 All of the units have renovated bathrooms with new ceramic tiles and showers featuring incredible water pressure along with almost-instantly warm water. 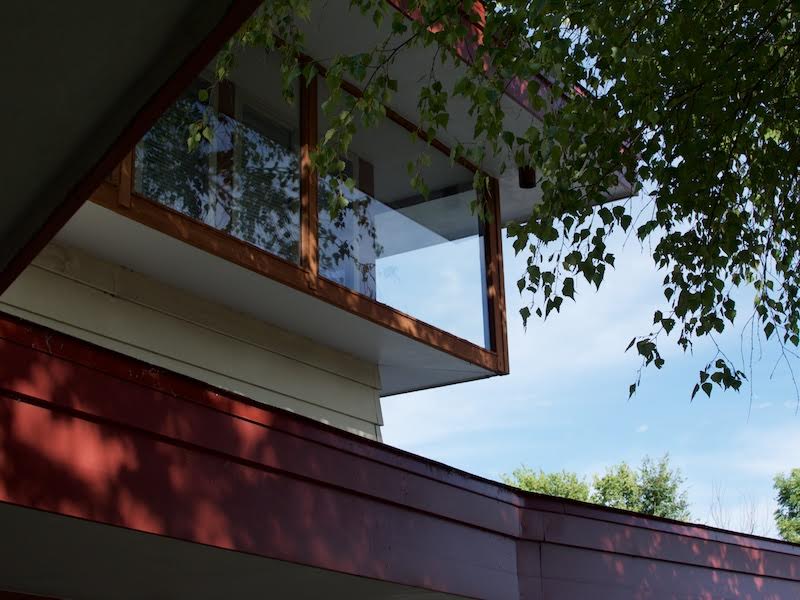 "An architect once came here and said the motel had a very good feeling from the outside," says Carolina. "He said that when he drove into the parking lot it felt like he was driving into open arms."

During a recent visit, we found our room to be simple, clean and classic. It had a comfortable bed with spotless, sensible linens, a medium-sized flat screen television, the aforementioned luxurious bathroom and, best of all, a beautiful view that reminded us why Spring Green is named such. 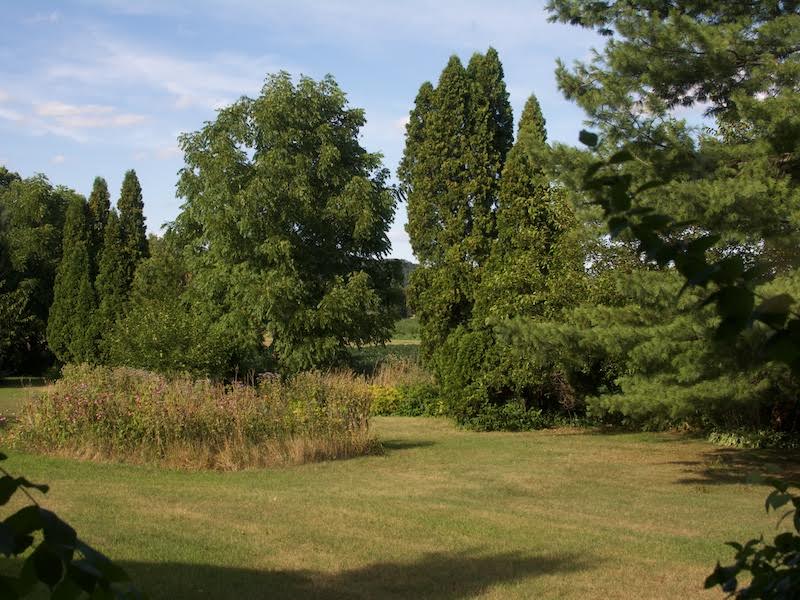 The Usonian Inn received a Green Eco-Leaf rating for its many eco-friendly features and practices including 1.6-gallon-flush toilets, a vigilant recycling program, energy saving light bulbs, front-loading washers, a water softener, the elimination of Styrofoam and more.

"Our goal was not just to go green, but to educate guests along the way," says Carolina.

People come to the motel from around the state – and around the world – primarily to visit Taliesin and American Players Theater (APT). The area also attracts hunters in the winter time.

Usonian Inn rates range between $65 and $165 depending on the room and the season. Check the web site for more information or to book a room.

"It’s been a great experience to be here," says Carolina. "But it’s time to do something else. I feel like our mission here was accomplished." 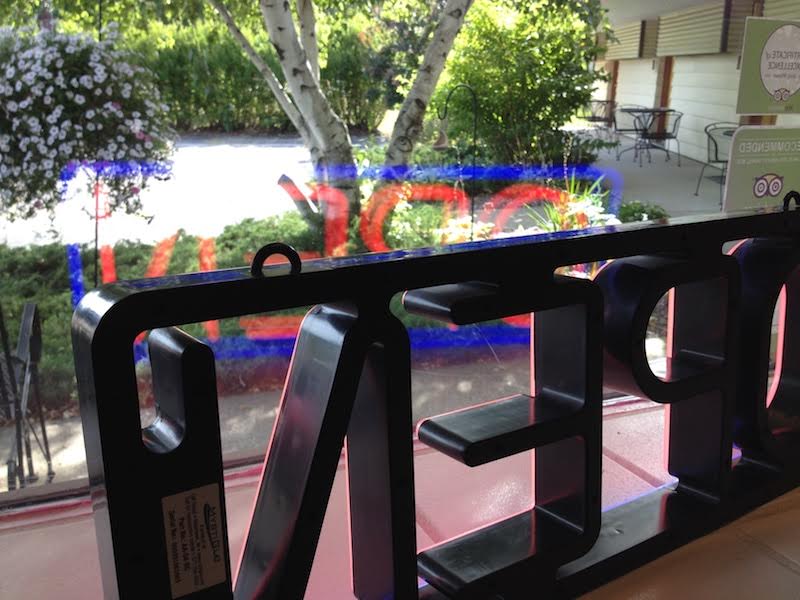