A couple weeks ago, the Wisconsin Center District and the Milwaukee Admirals officially kicked off work on $6.3 million in renovations and building upgrades at the UWM Panther Arena. We've been popping in to check on the progress of the work. Here are a few photos.

A couple weeks ago, the Wisconsin Center District and the Milwaukee Admirals officially kicked off work on $6.3 million in renovations and building upgrades at the UWM Panther Arena.

The main work behind the scenes is the construction on the lower level of new locker rooms for the Admirals, who return to the building. The team played at the Arena until the 1986-87 season, before moving to the then-new Bradley Center.

Among the other work on tap is the replacement of entire sections of seats in the bowl's uppermost reaches, along with painting work and lighting upgrades in the bowl. Other cosmetic enhancements are expected in some of the concourses.

Perhaps most exciting for history buffs is the removal of the tile in the main lobby to expose the original terrazzo floors, which will be restored. The Wisconsin Center District hopes to ultimately find the funding to do this work throughout the building.

The work is expected to be completed in early October, in plenty of time for the Admirals to kick off their 2016-17 home season on Saturday, Oct. 29. The first event slated for the refurbished venue is Flat Track Racing with Mama Tried on Oct. 7.

You can read more about the history of the Arena here and here.

We've been popping in to check on the progress of the work, and here are a few photos. 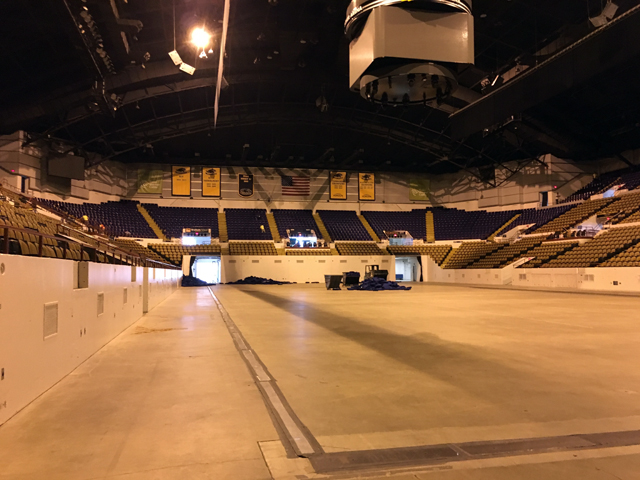 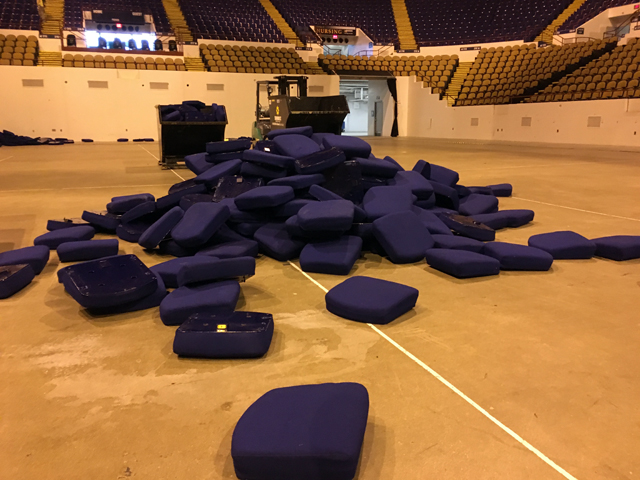 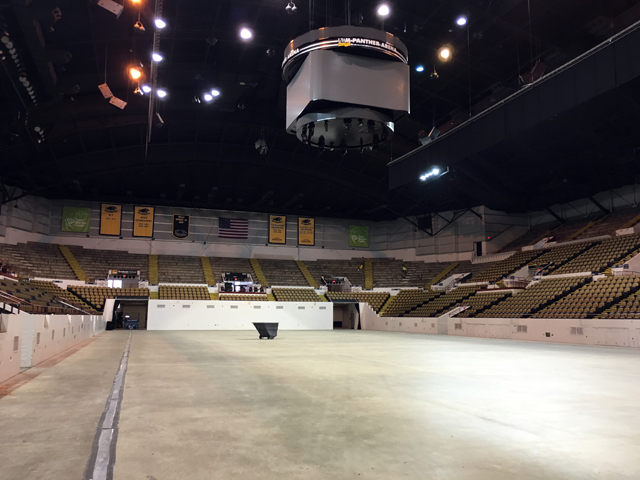 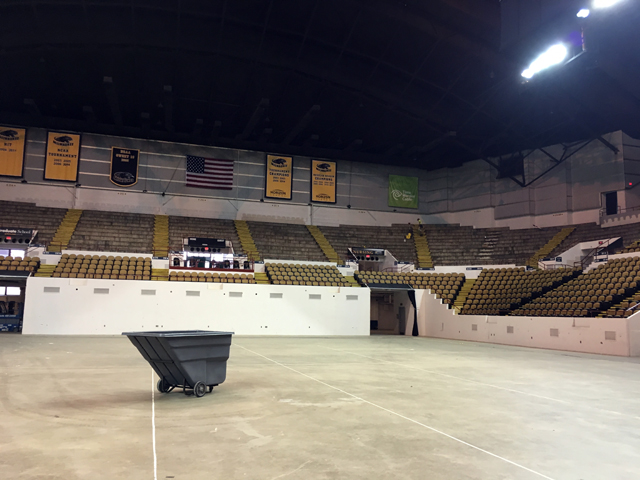 This week, the rows will be scrubbed and walls painted 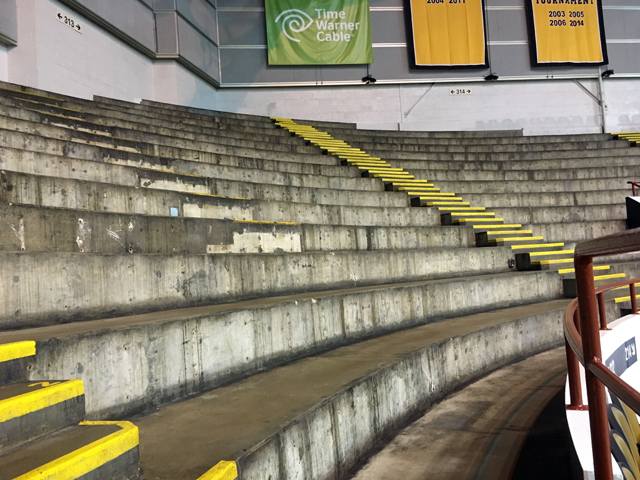 Last week, the lower level floors were torn up, exposing cream city bricks from previous buildings on the site 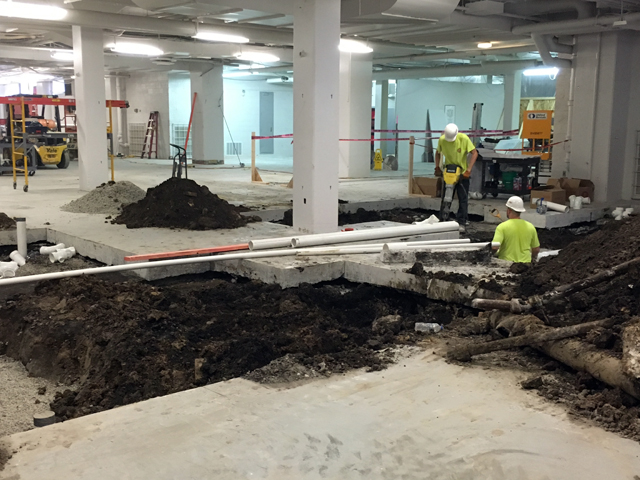 Perhaps the bricks were from a chapel, which is roughly where the excavation was undertaken 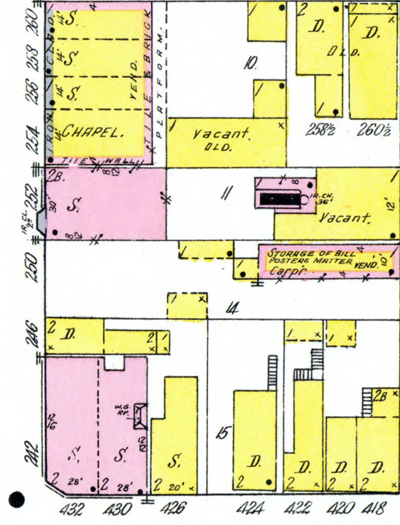 This week, some openings remain, but most are now sealed 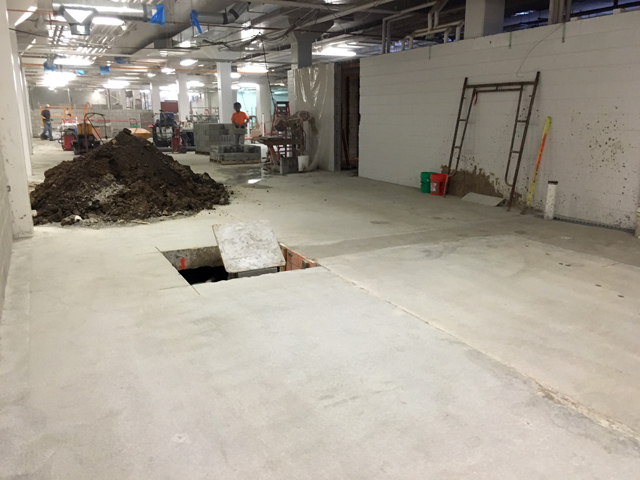 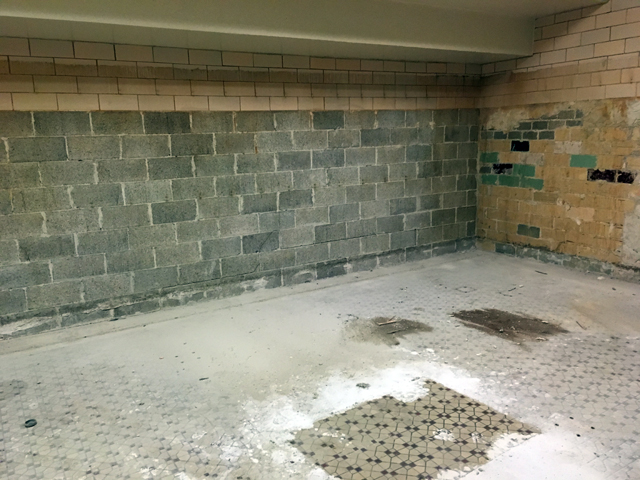 This week, work has commenced 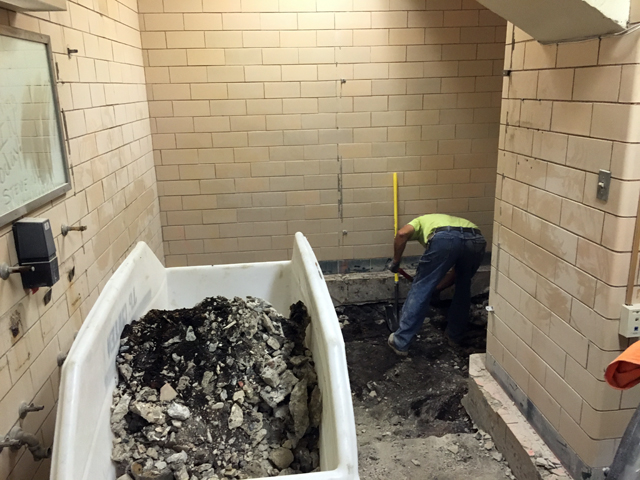 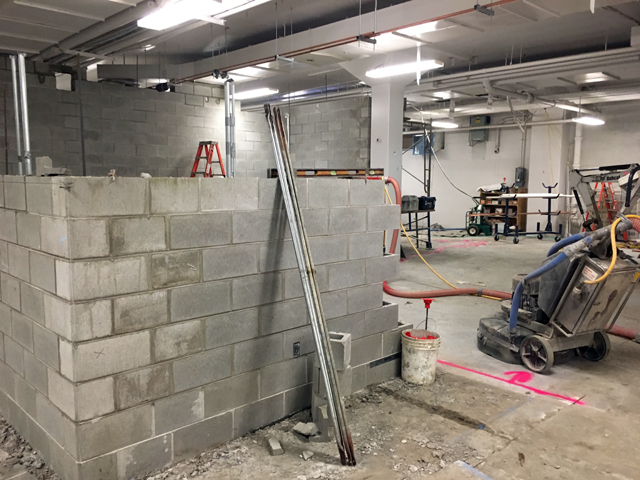 Stay tuned. We'll continue to go back and document the transformations.