In the past, I enjoyed Vagabond's taco night ($2 for select tacos on Tuesdays and Thursdays) and found the menu similar to BelAir's offerings of mix-and-match street tacos. Unfortunately, I was disappointed with Vagabond's Downtown Dining dinner.

Flux Design has created some lovely and forward designs in the past, but their vision for the Airstream-camper-and-boom-box-themed Vagabond is extraordinary.

As a former Airstream camper owner myself, I have always been smitten with the vacation-ready silver bullets, and the way the nostalgic vehicles are implemented and presented in Vagabond's space is really freaking cool.

In the past, I have enjoyed Vagabond's taco night ($2 for select tacos on Tuesdays and Thursdays) and found the menu similar to BelAir’s offerings of mix-and-match street tacos.

At first, $25 seemed like a good deal, because many of the DDW dinner menus are $35, but in the end, I didn’t feel like I got my money’s worth. And, in Vagabond’s defense, I felt like I made the wrong food choices.

The first course offered either guacamole and chips or ceviche en mojo. Unfortunately, I picked the ceviche. I was hoping to share this with my dining pals, but the portion came in such a tiny glass jar I couldn’t even dip a chip all the way into it. Instead, I tried to scoop the ceviche atop a chip, but the ceviche was so green and watery it was very tough to consume. I thought about drinking it, but that just seemed wrong. It sat mostly uneaten. 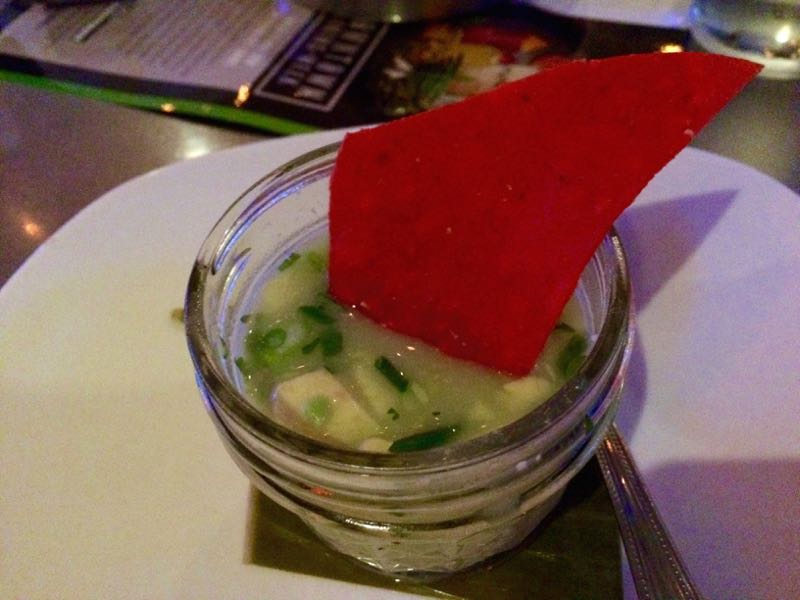 The main course offerings were three tacos with rice and beans, rotisserie chicken or an Argentinian hanger steak and fries. I really, really should have picked the steak, because a table next to me ordered this and it looked and smelled very good. However, I went for the tacos, and picked the pork verde, the kung pao shrimp and the portobello.

Vagabond’s portobello taco is my favorite in the city. Someone in its kitchen is the master of mushroom prep and the two times now I've had this taco, I wished I'd ordered more than just one. The mushrooms are warm and meaty – soft but not rubbery. I also appreciated the generous offering of guacamole and the warm corn tortilla.

The other two tacos were good, but a little too salty – especially the pork. The shrimp, like the mushrooms, were perfectly grilled, but the taco came topped with way too many vermicelli noodles. A little crunch goes a long way on a single taco.

The rice and beans on the side are the right texture, but needed a little more flavoring. They perked up with hot sauce, but I wanted more initial zing to both of the sides.

The dessert was disappointing to me as well. I was very excited to try the Sriracha chocolate cake (flan was also available through the deal), but the serving was so small – two bite-sized chunks – that there wasn't enough to share with others. Also, although the chocolate cake was very dense and had great cocoa flavor, I could barely taste the Sriracha until I had a few bites. 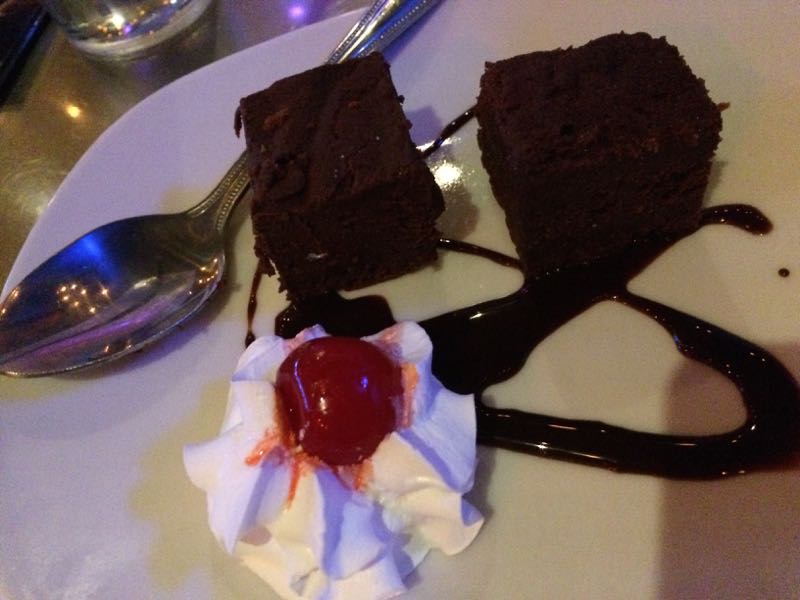 The presentation of the food, like the decor, is adorable. It’s served on round silver plates that nod to the Airstream camper along with colorful Fiestaware-type bowls. All of the drinks are served in jars.

In general, I found Vagabond’s menu for Downtown Dining Week to be too pricey for what’s offered – basically I enjoyed $8 worth of tacos – and it was nowhere as daring or interesting as the decor.

But again, if you go this week: get the steak.