I went to Vegas with a plan, and that plan was to have no plan. I came here to get away from work, not to do more of it, like I usually do on "vacation." But that wasn't in the cards, for three reasons.

LAS VEGAS – I went to Vegas with a plan, and that plan was to have no plan. I came here to get away from work, not to do more of it, like I usually do on "vacation."

But that wasn’t in the cards, for three reasons:

First, my old college friend Paul and I stayed in a hotel suite so opulent that it must be documented. Secondly, I ran into Milwaukee and Wisconsin connections everywhere I went, so with my iPhone on me at all times, it was easy to capture video on the fly. And finally, we found ourselves right there just after Sunday’s bizarre crime scene, in which a homeless woman deliberately struck dozens of pedestrians. We jumped into reporter mode for a bit and documented what we saw, but more on that later.

We’ve stayed at The Tropicana several times before, mostly because the marketing staff is from Wisconsin and treats us so well. This was over the top, though. 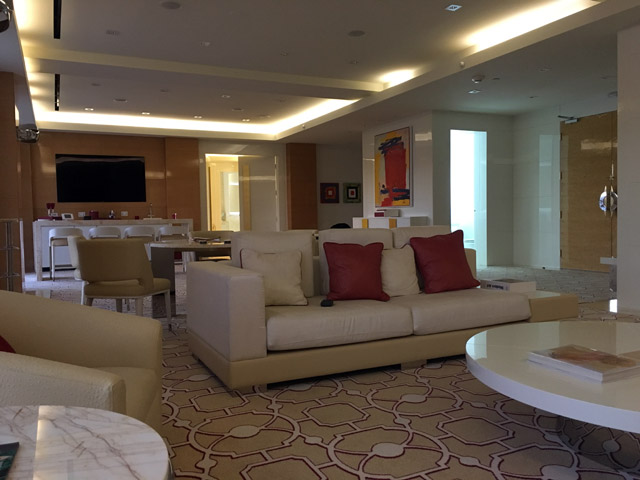 We paid for our rooms, although at a tremendous discount; Paul and I stayed in their new Penthouse Sky Villas on the 20th floor of the Paradise Tower. Wow. Just wow.

Luxurious and enormous (about 2,700 square feet), it featured a 72-inch round marble-top dining table, ostrich leather chairs, original abstract artwork and a stunning gold leaf headboard in the master bedroom. Other highlights included a master bathroom with two walk-in steam showers with LED shower heads and a spacious whirlpool spa for two with a water spout pouring in from the ceiling (it took an hour to fill the tub, it was that big). We also had a (sadly unused) private massage room, a second bedroom and en suite, and a custom-built desk with an ostrich leatherette chair. Honestly, it felt like the pad from "The Hangover." I kept looking for the tiger. I never wanted to leave. But leave we eventually did.

Not before, however, experiencing two more Trop experiences that should be shared. First, we made a return visit to Bacio, which is offers excellent (and affordable) Italian bistro style food. More excitingly, we sat amongst a very small but very entertained crowd listen to legendary 77-year-old Rich Little do impressions – some of people who had died well before I was born (not sure how good his Jack Benny was, but his George Burns was funny). No irony here: We loved this show. 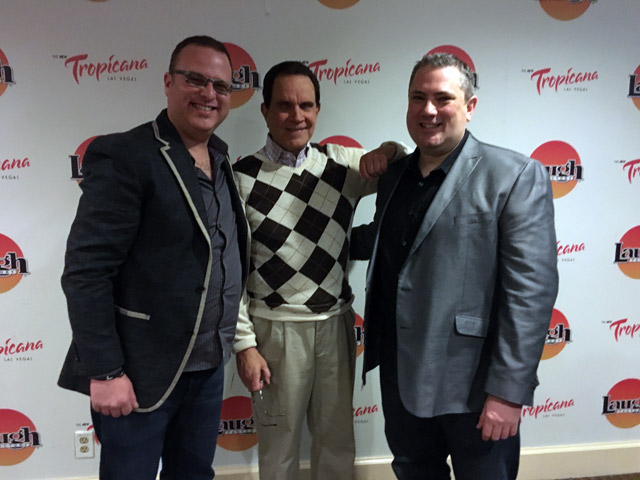 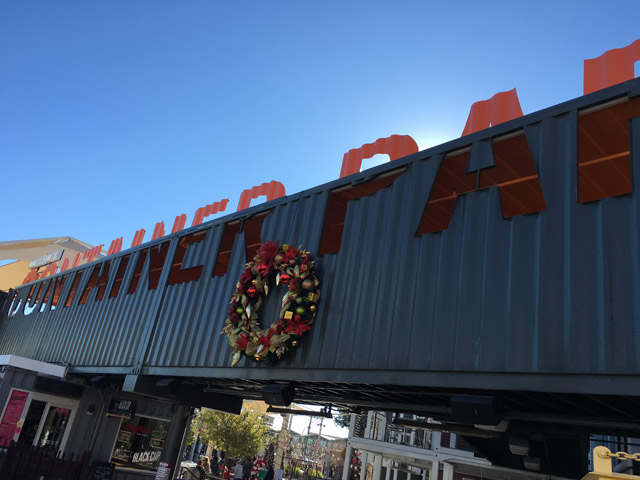 Of course, we ventured to Freemont Street, saw the new Downtown Container Park and the old Neon Museum. One of these years, I’ll take a trip entirely downtown, because it’s funkier than ever.

All over Vegas, we met a bunch of people with Milwaukee connections, as you’ll see in the video below. The highlight, obviously, was watching the Packers-Raiders game at The Rum Runner, a Packers bar we featured back in 2007 that is still really great.

Sadly, on Sunday night – our final night in Vegas – we were only a mile away from the scene of a perplexing crime involving a woman intentionally driving onto the Vegas Strip sidewalk, killing one and injuring 37 others. We heard sirens screaming up the Strip to our north, and by the time we made it outside, local news was reporting an accident, but with a grossly inflated number of casualties.

With the Strip closed, we took the Monorail to Paris Casino and got very close to the scene. It was an odd mix of eerie silence, punctuated by the Bellagio fountain show, people dressed like Elmo and drunken tourists who didn’t know or didn’t care what happened across the street. 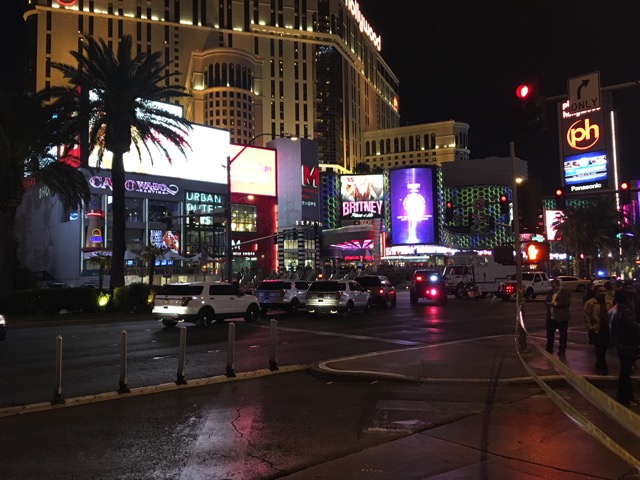 The scene of the hit-and-run crime Sunday night on the Vegas Strip.

Certainly, it was a sobering reminder that even in a place like Las Vegas, where everyone has a smile on their face, the world can be a scary place. We were lucky to just be outside observers.