After visiting the Chudnow Museum of Yesteryear, 839 N. 11th St., recently, Andrew Dobbs shared some photos with the museum. They are images that provide a look at a Milwaukee power couple of a century ago.

After visiting the Chudnow Museum of Yesteryear, 839 N. 11th St., recently, Andrew Dobbs shared some photos with the museum. They are images that provide a look at a Milwaukee power couple of a century ago.

The dozen photos, taken from 1902 to 1907, are of socialist politician and newspaper publisher Victor Berger and his wife, Meta (Schlichting) Berger, a longtime member of the Milwaukee School Board and other educational institutions in the state.

Dobbs says that according to Meta's autobiography, “A Milwaukee Woman’s Life on the Left,” Victor Berger courted them both.

“Victor and Meta built one of the first cottages on Shawano Lake in Shawano,” he says. “It was near the cottage of Franklin Schweers, his wife Emma Weber and their five children. The two families became friends. When Franklin's wife Emma died young, leaving the children motherless, Meta's sister Hattie married Franklin and raised the children as her own.

“Franklin Schweers ran the small ferry boat from the town of Shawano, down the Wolf River channel to Shawano Lake and across the lake to North Beach.”

Some of the photos that Dobbs has include images from the Shawano house. Others show the family at their home at 2974 N. 2nd St., which survives today, heavily altered, as do other neighboring homes that can be seen in the photos.

“The photos got passed down to Hattie and Franklin Schweers' daughter, Marie,” he adds. “Marie's daughter Susan ended up with them and I am Susan's son.

“By the time I got these photos, nobody seemed to know who the people besides Hattie and Franklin's family were.I had to do some digging to find out they were Victor and Meta Berger and their family.”

The Bergers were one of Milwaukee’s power couples a hundred years ago. And a controversial one.

Born in what is now Romania but was then Austria-Hungary in 1860, Victor, who was Jewish, came to the U.S. with his parents in 1878, settling in Bridgeport, Connecticut. He moved to Milwaukee in 1881 and taught German in Milwaukee Public Schools and worked as a tutor and, according to John Gurda, a drama critic. He was also active in the Milwaukee Turners.

In 1897 he married Meta, a Milwaukee-born, Lutheran socialist organizer and schoolteacher, whose father Bernard – a Republican – was a school commissioner.

They had two daughters, including Doris, who later wrote soap operas like “Search for Tomorrow” and created “General Hospital” with her second husband Frank Hursley, and Elsa.

He was also a publisher, editor and writer at numerous newspapers, including the Milwaukee Leader, which he founded in 1911 and which survived his death and a number of name changes until 1940 when it became the Milwaukee Post.

After losing a 1904 congressional run, Berger gained a seat in 1910, though he lost the next three reelection campaigns.

In 1918, a vocal opponent to World War I, Berger was charged and, in 1919, convicted under the Espionage Act for his anti-war writings in the Leader. In the meantime he’d won a seat in the House of Representatives, but when he went to Washington, Congress denied him his seat, which was declared vacant, claiming that as a convicted felon he should be denied. In a special election in 1919 to fill the seat, Berger was again elected and again was denied his seat.

In 1920, a Republican won Berger’s seat, and the following year, the Supreme Court overturned Berger’s conviction. Thus, when he won his seat back three times more times, Berger was allowed to serve.

However, in 1929, while crossing the street near his office, Victor was hit by a streetcar and died. When his body lay in state at City Hall, 75,000 Milwaukeeans came to pay their last respects.

During her 30-year tenure on the school board, Meta Berger was an advocate for affordable lunches and health exams for students, as well as pensions, tenure and fixed salaries for teachers. She was also a big supporter of the district's push to add playgrounds to schools which lacked them and to expand them at schools where they were too small.

Though there was talk of the Socialist Party putting her up as a candidate for vice president in 1932, eight years later she left the party. In 1944, she died at home on her farm in Thiensville.

The photos that Dobbs has shared offer another side of the Bergers. In these images we see the interior of their 2nd Street home, where we also see them with family and friends out on the front porch, including with Jack Anderson. (Anderson, the son of Meta’s sister Paula, lived with Victor and Meta). There are also photographs from Shawano Lake and a lake at East Troy.

They serve to remind us that these were more than figures in Milwaukee history, but real people with lives and loved ones just like the rest of us.

"(The) Berger(s)' life was not much different from the average bourgeois Milwaukeean's," wrote John Gurda in "The Making of Milwaukee." "Despite chronic financial woes, (the) family owned a cottage on Shawano Lake as well as a spacious home on North Second Street, and they enjoyed a generally warm domestic life.

"In letters home during his frequent travels, this scourge of the ruling class typically addressed his wife and two daughters as 'my Schatzl and my Schnuckies'." 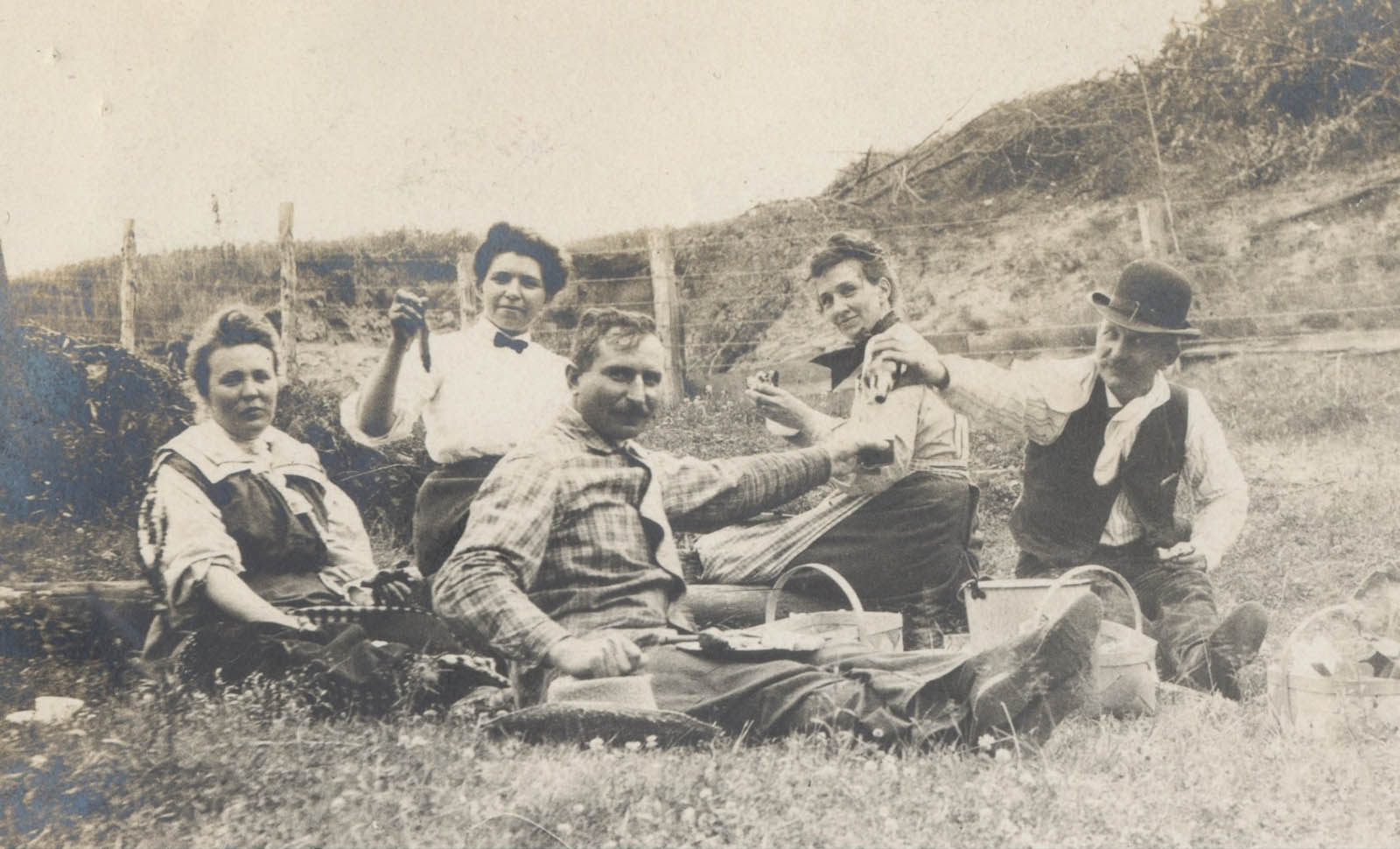 Meta with Doris and Elsa at East Troy, 1902 (top) and unknown location (below) 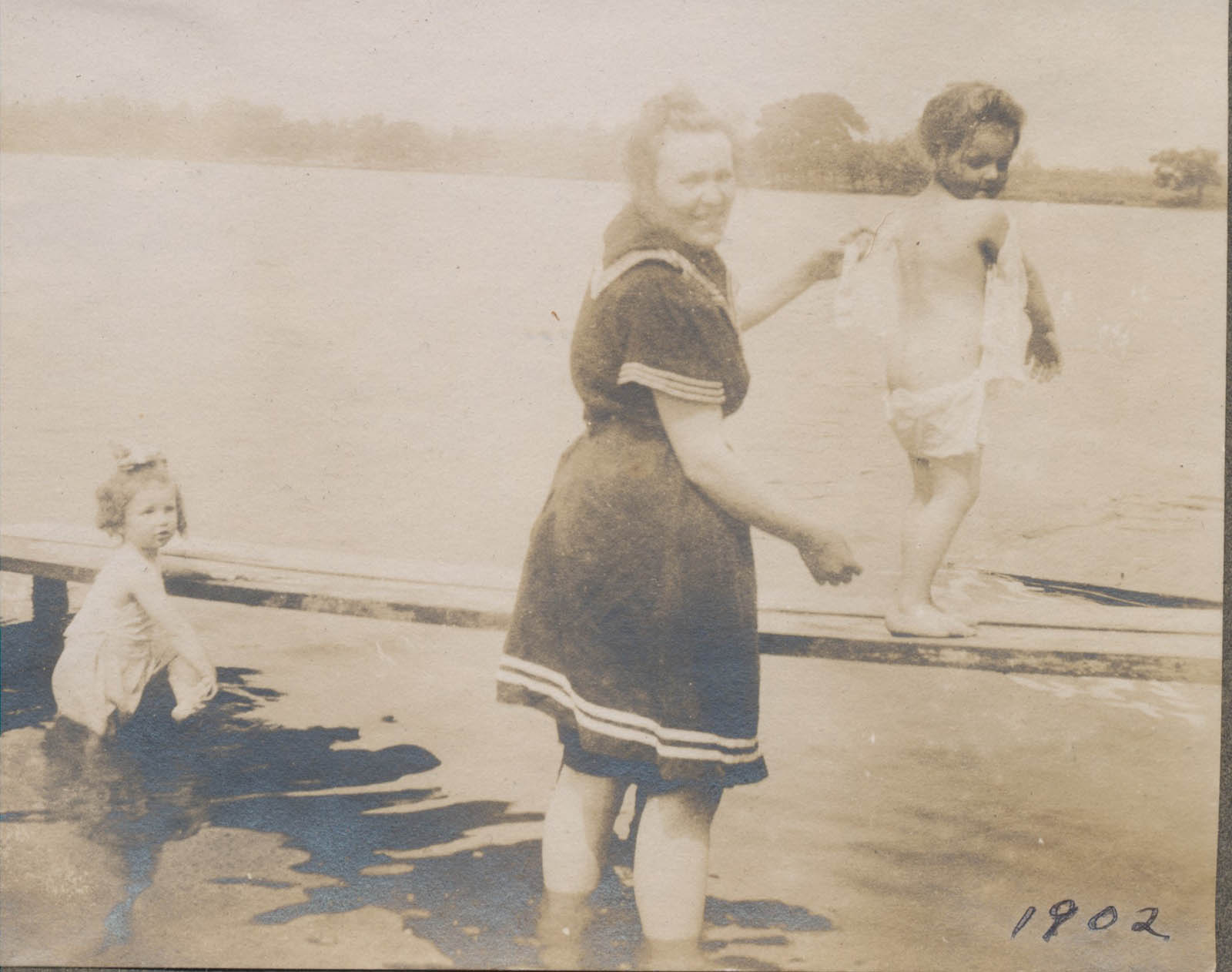 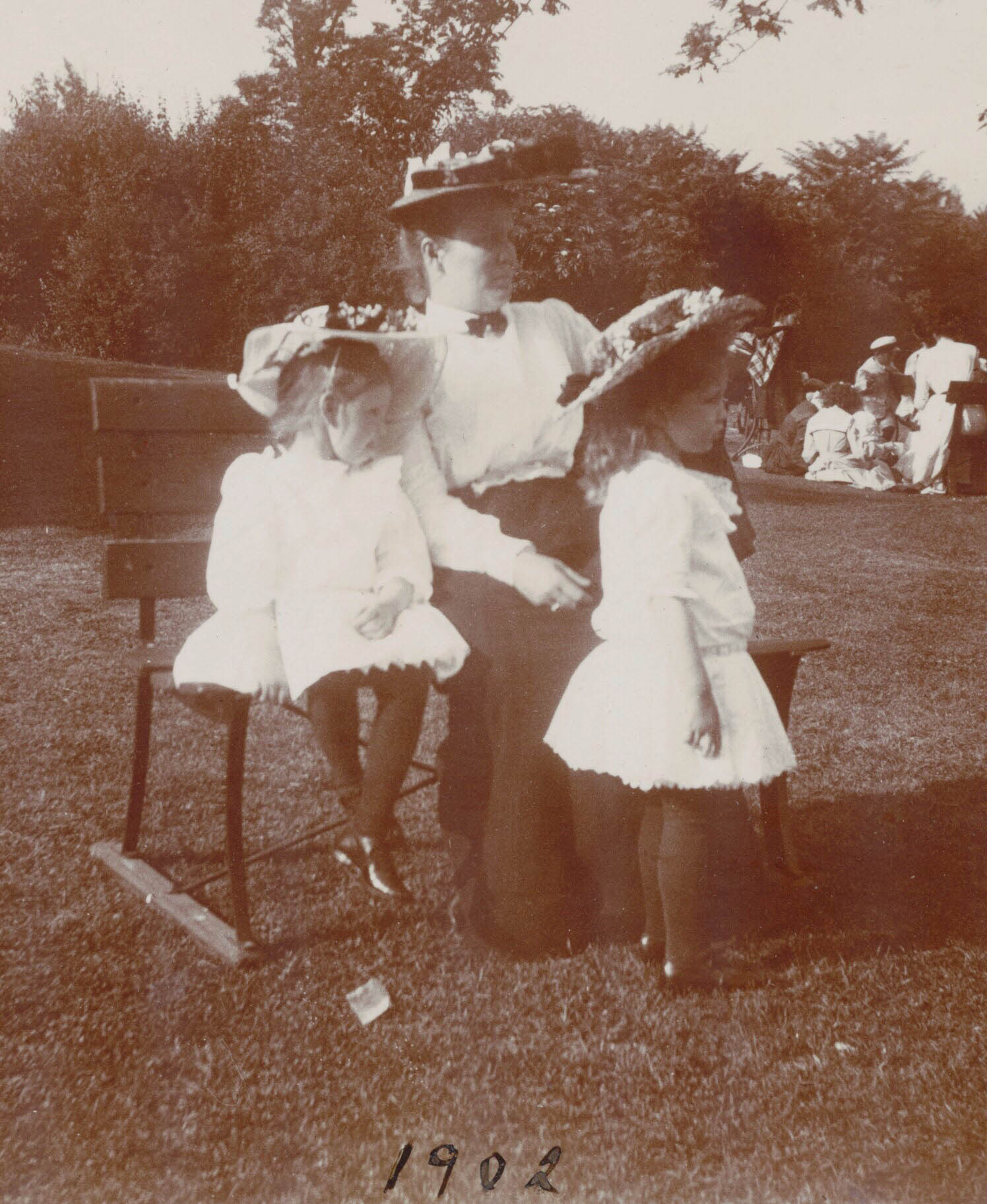 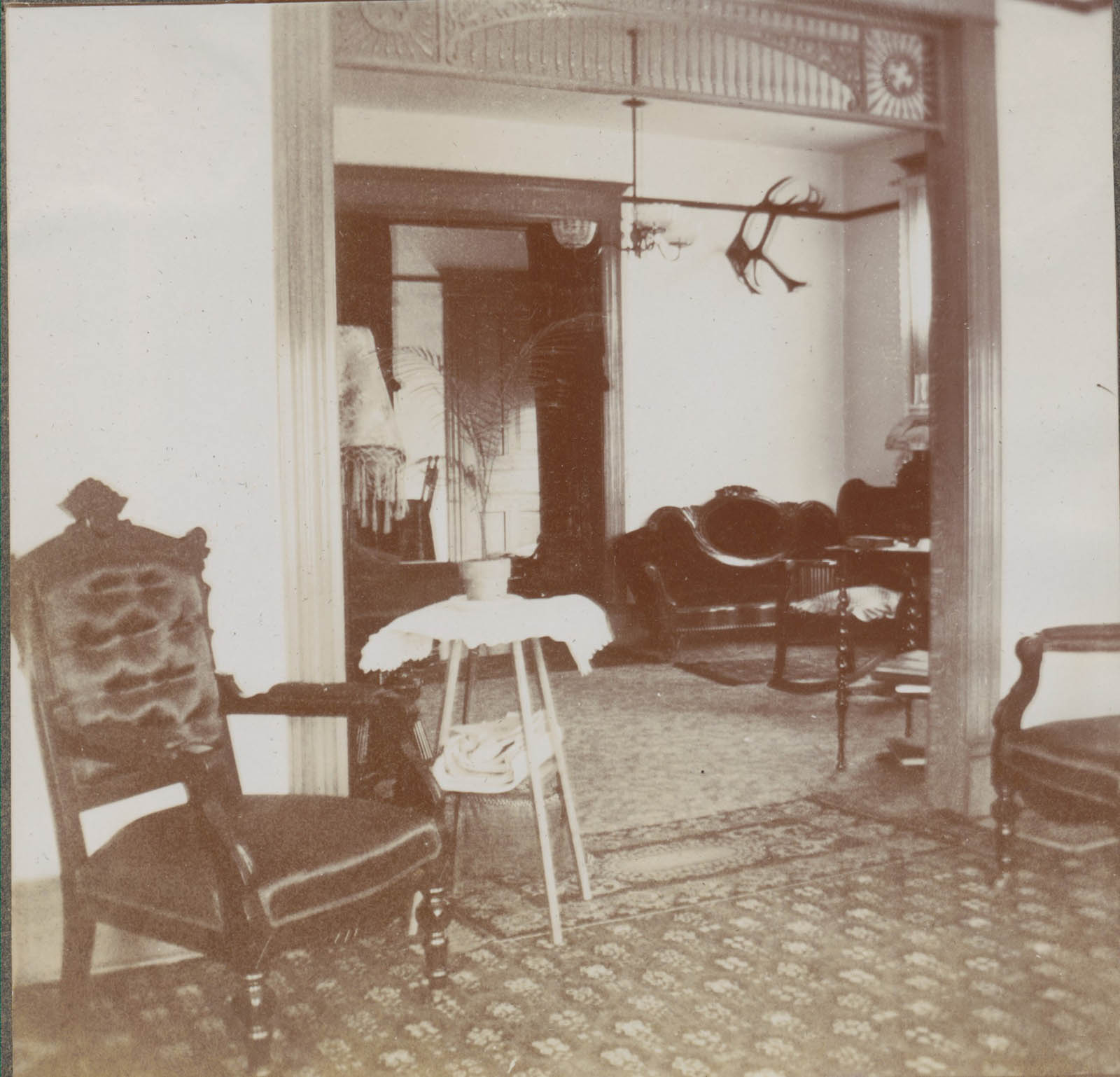 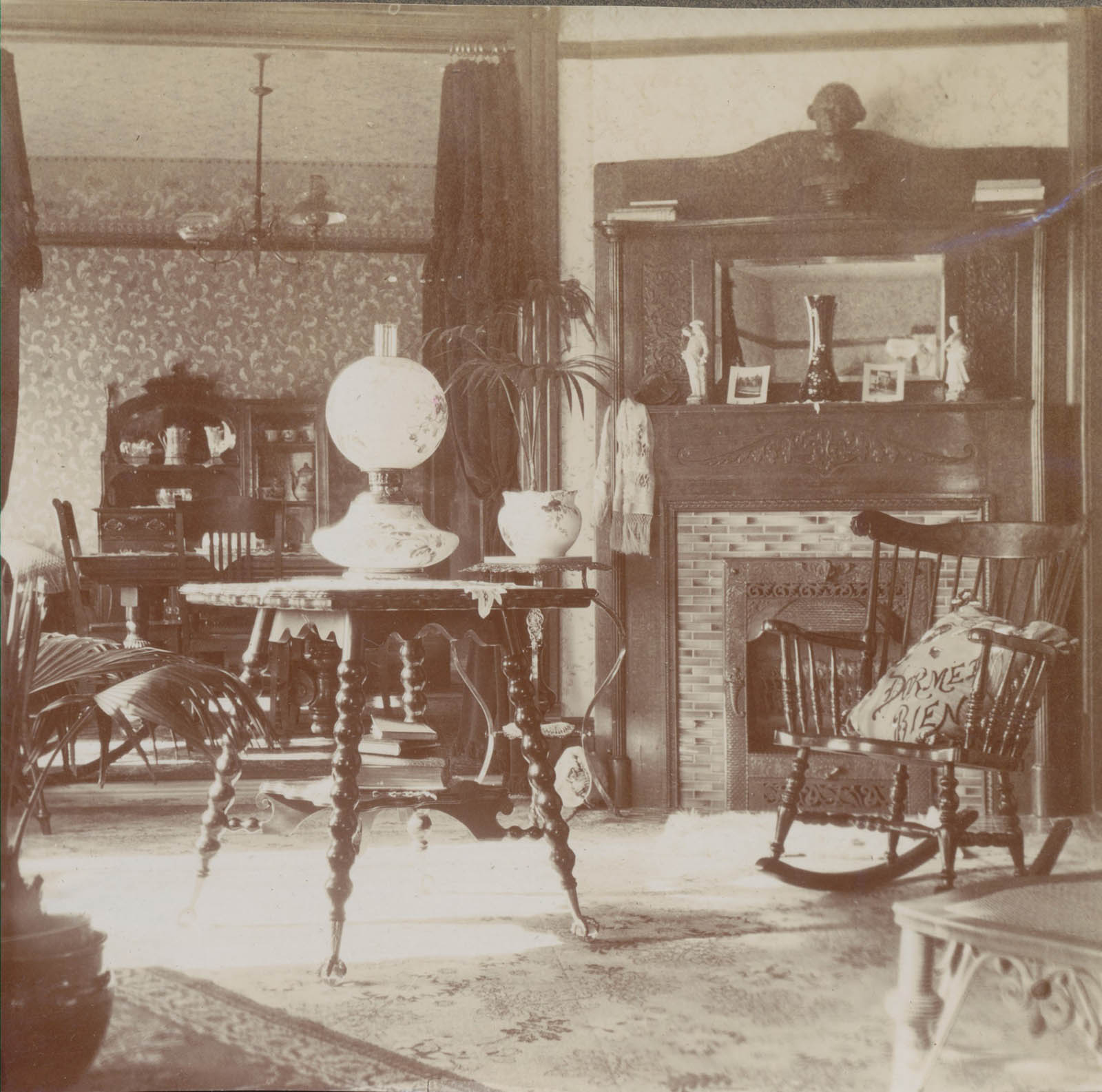 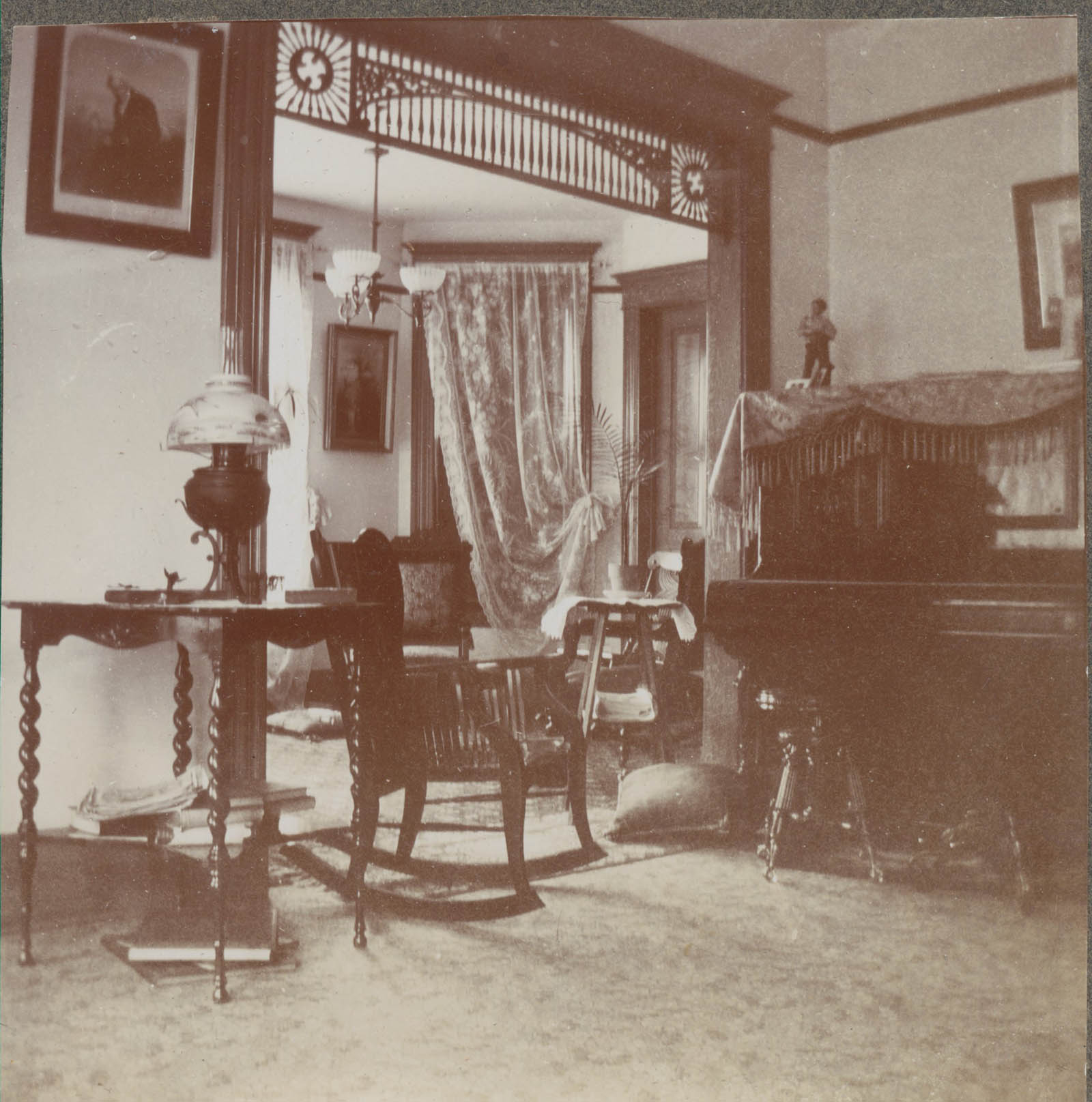 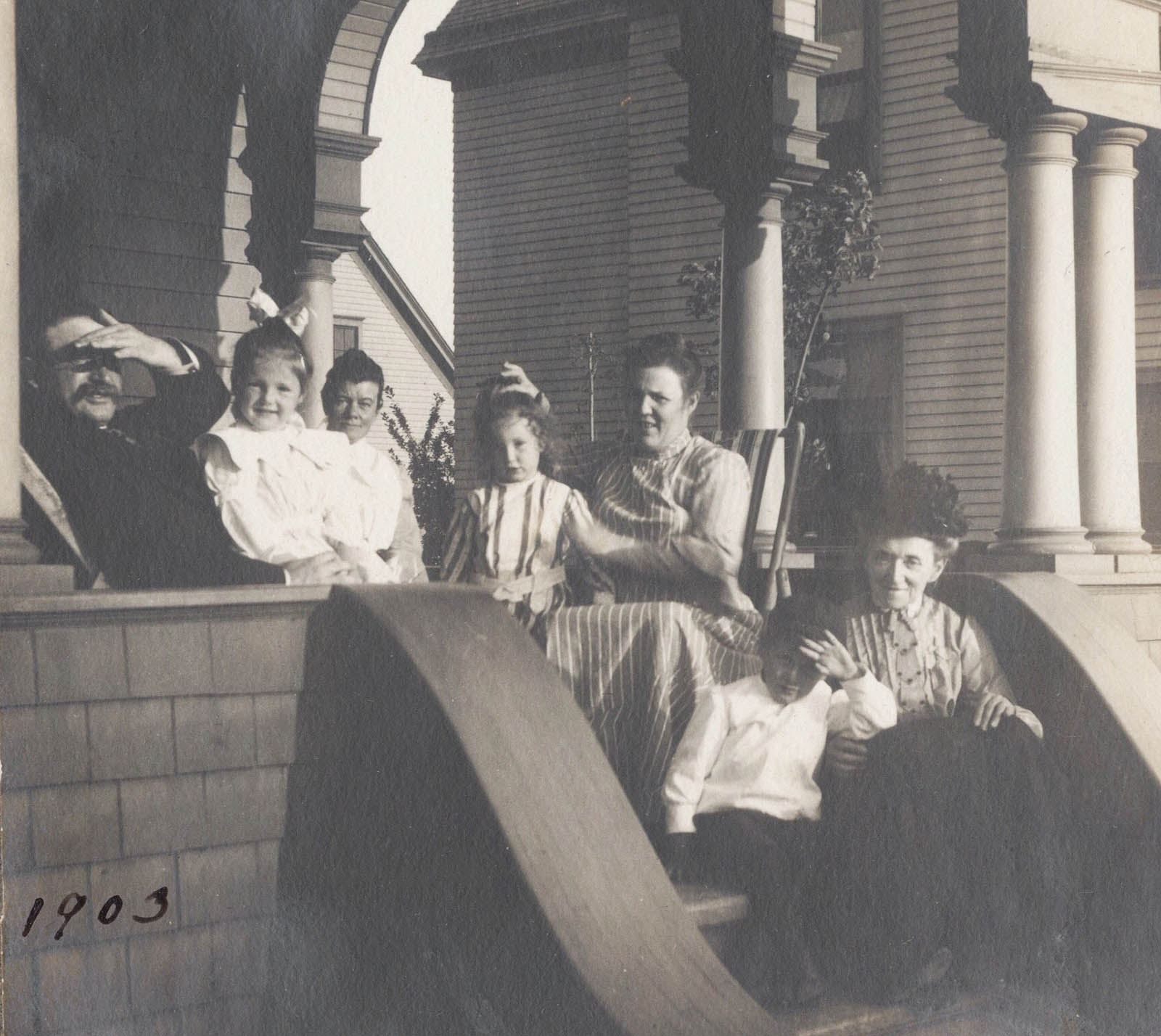 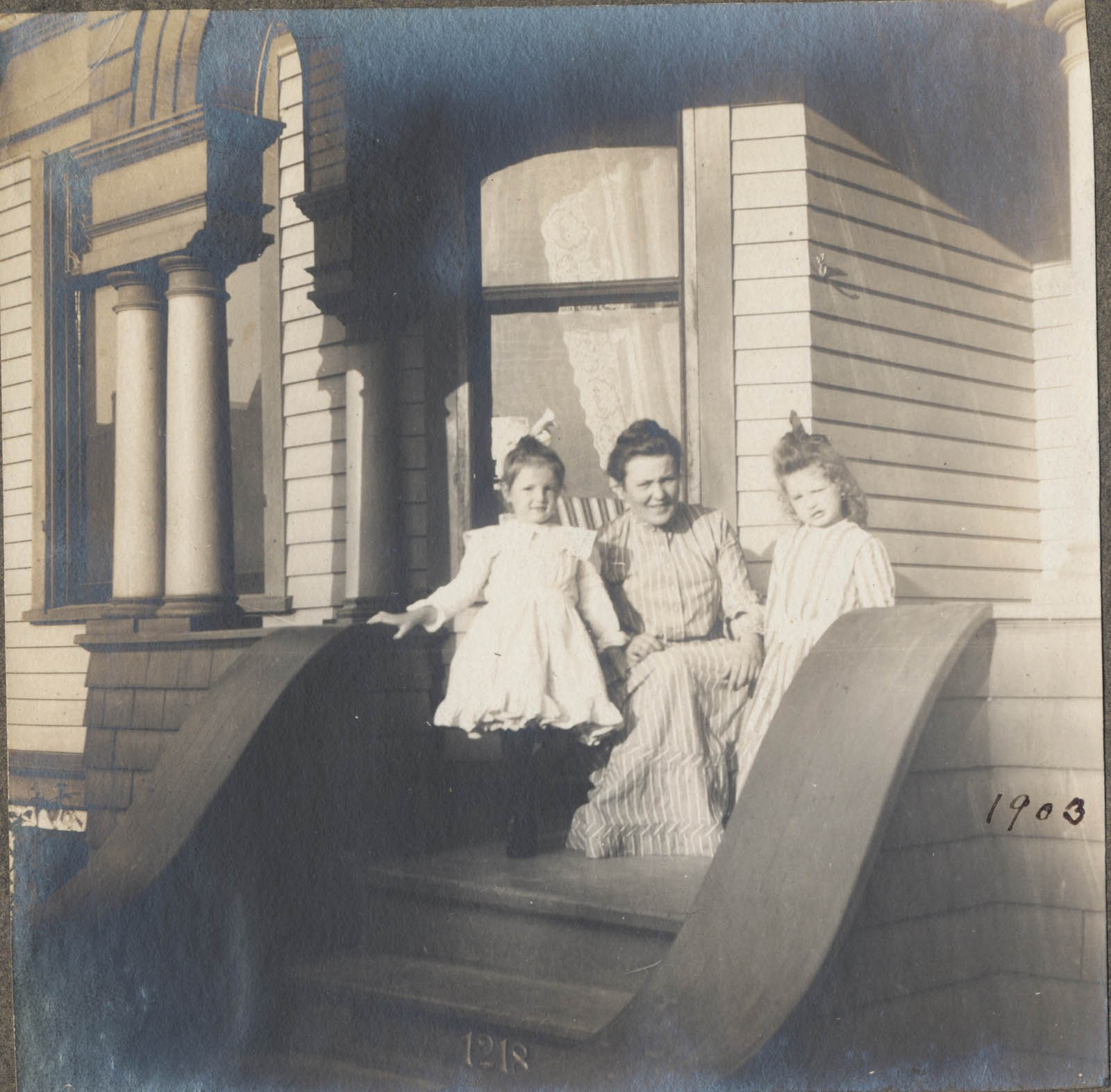 Victor, at right, with unidentified man, 1904 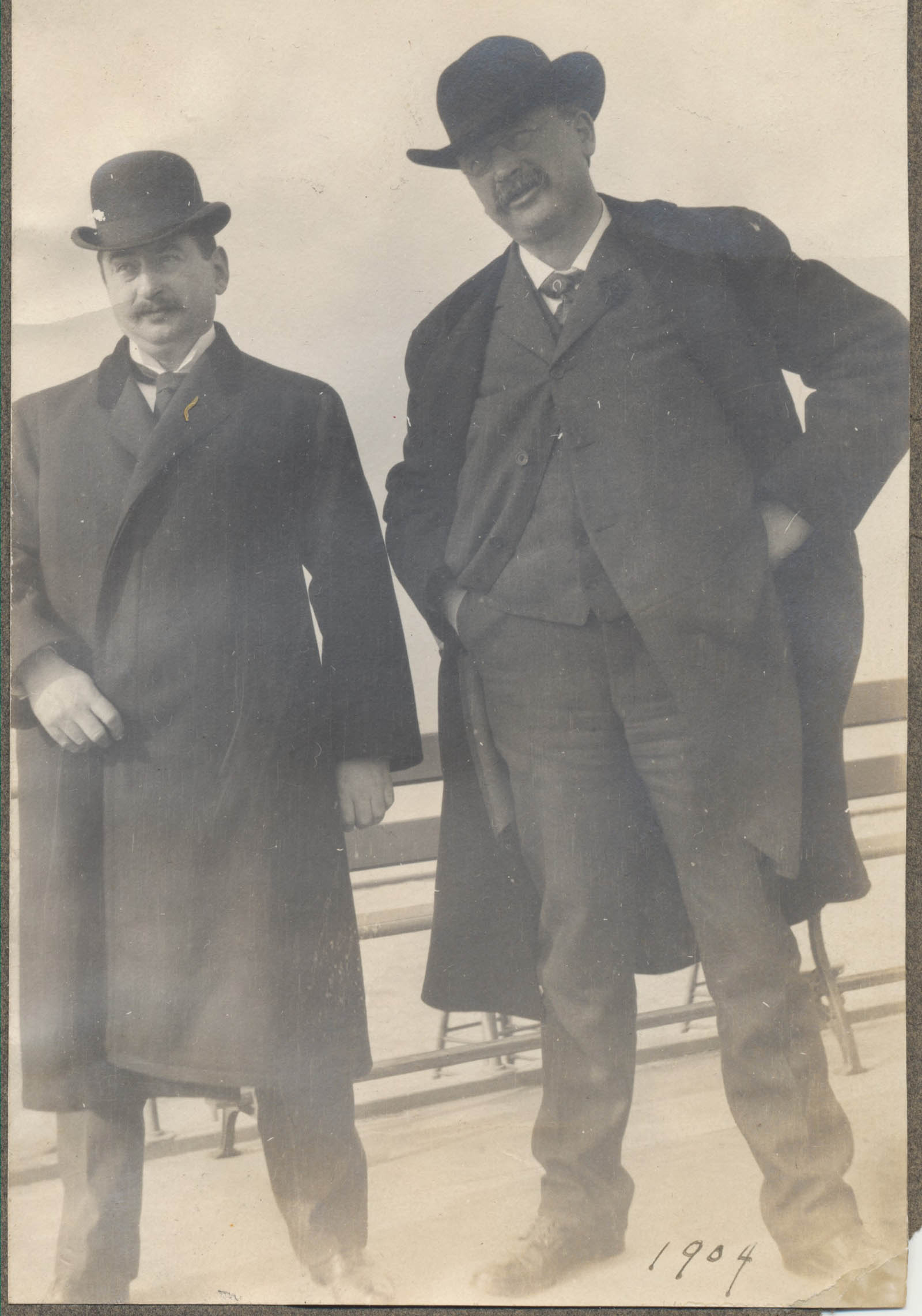 Meta (second from right) with unknown 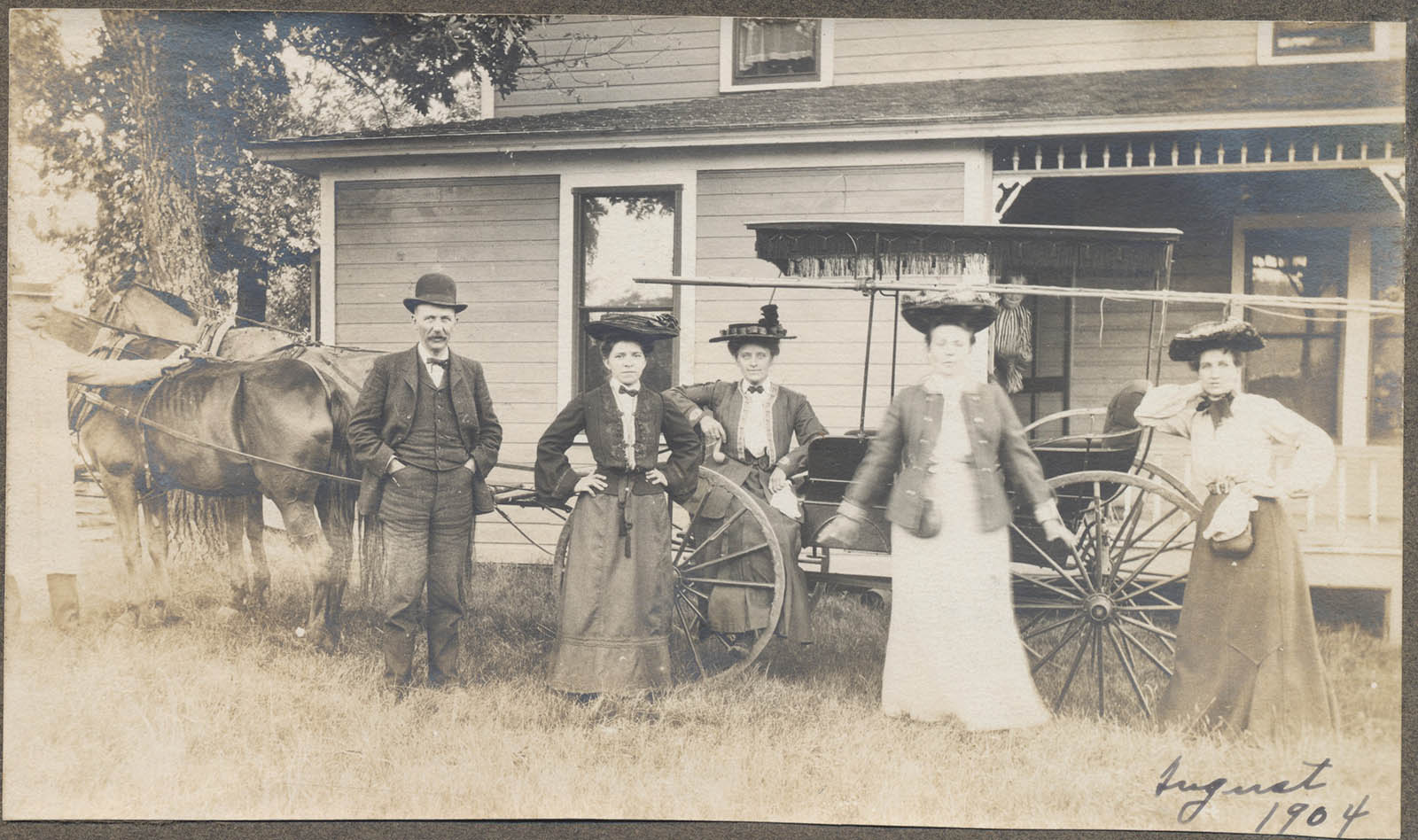 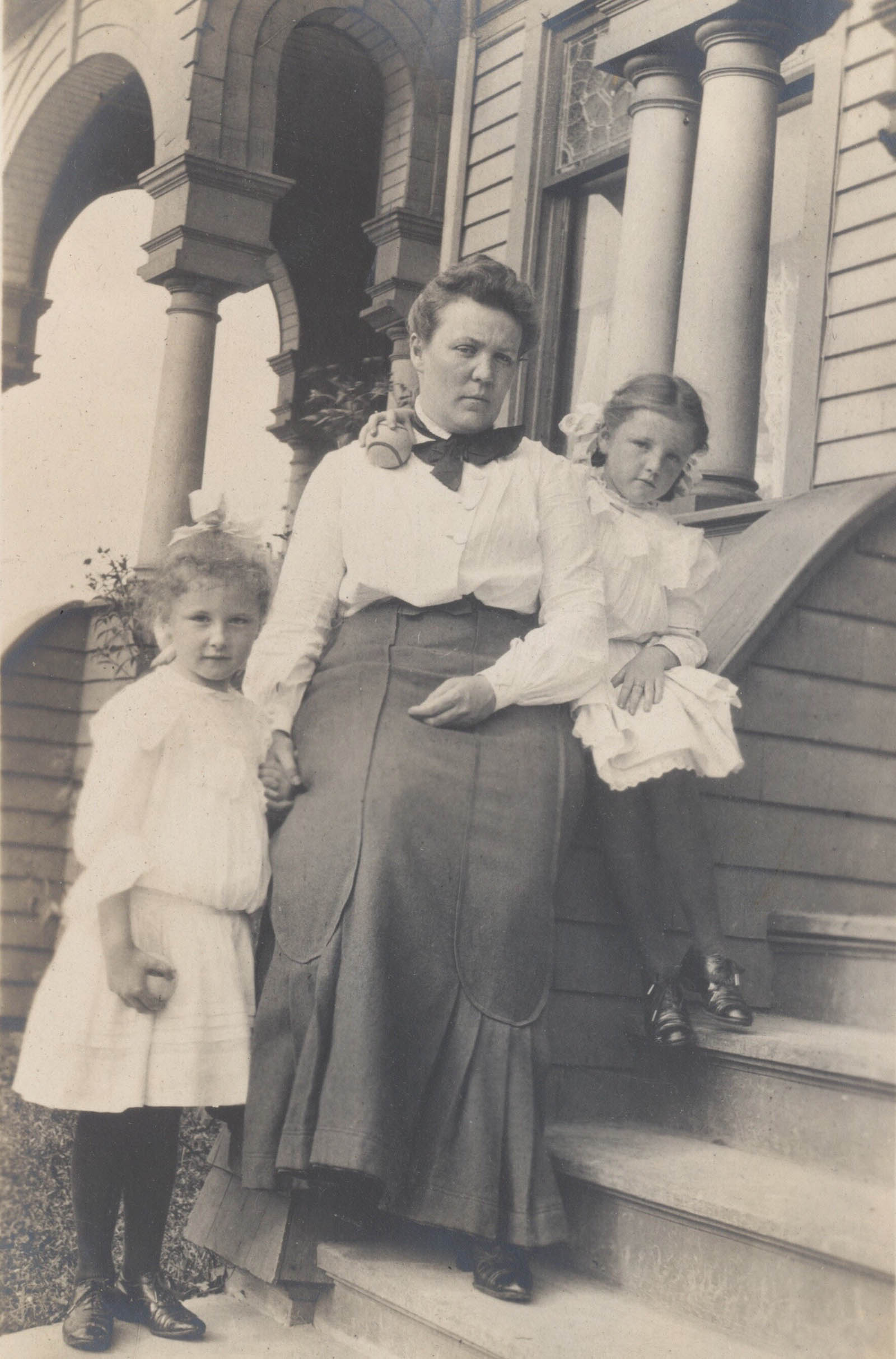 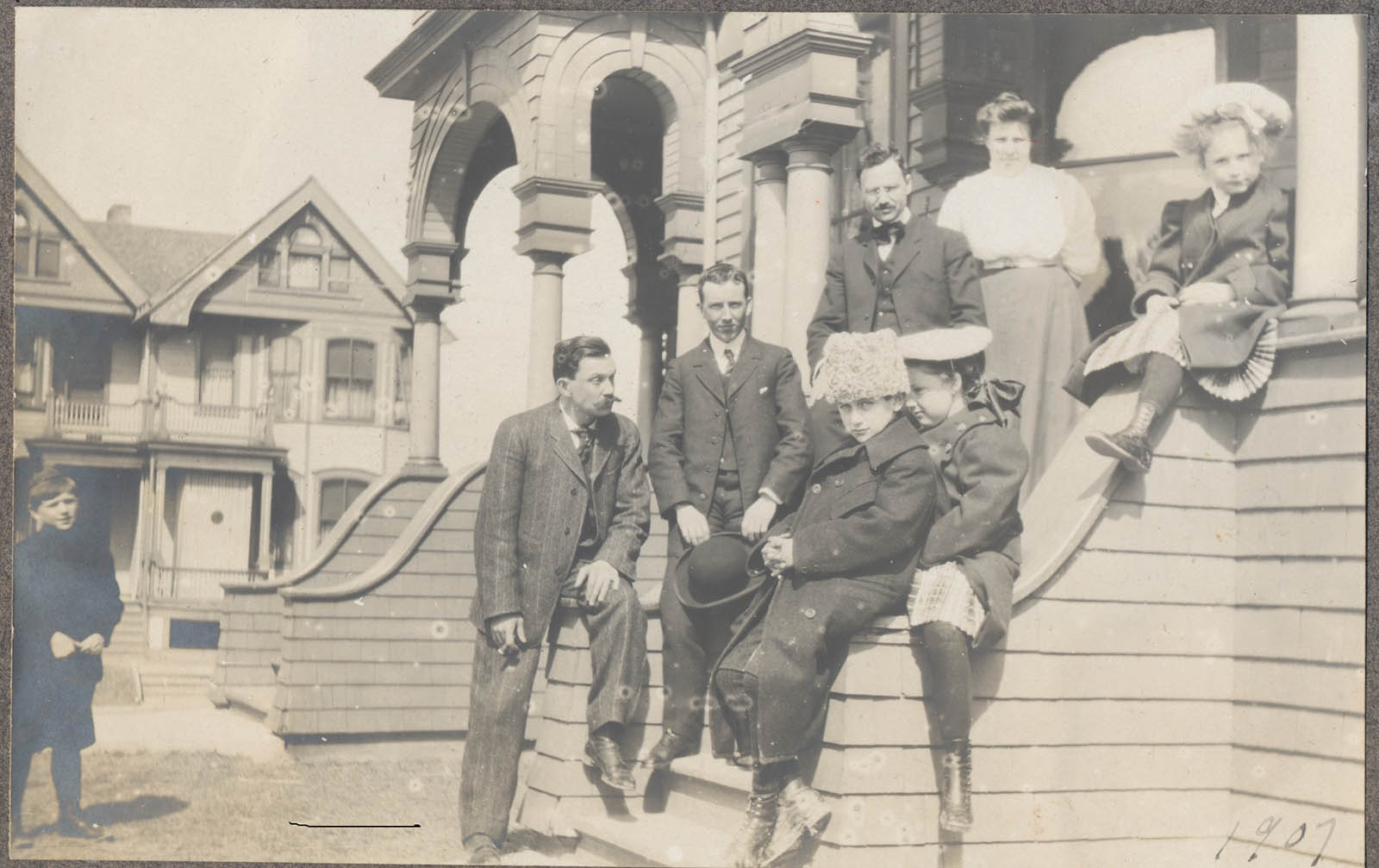 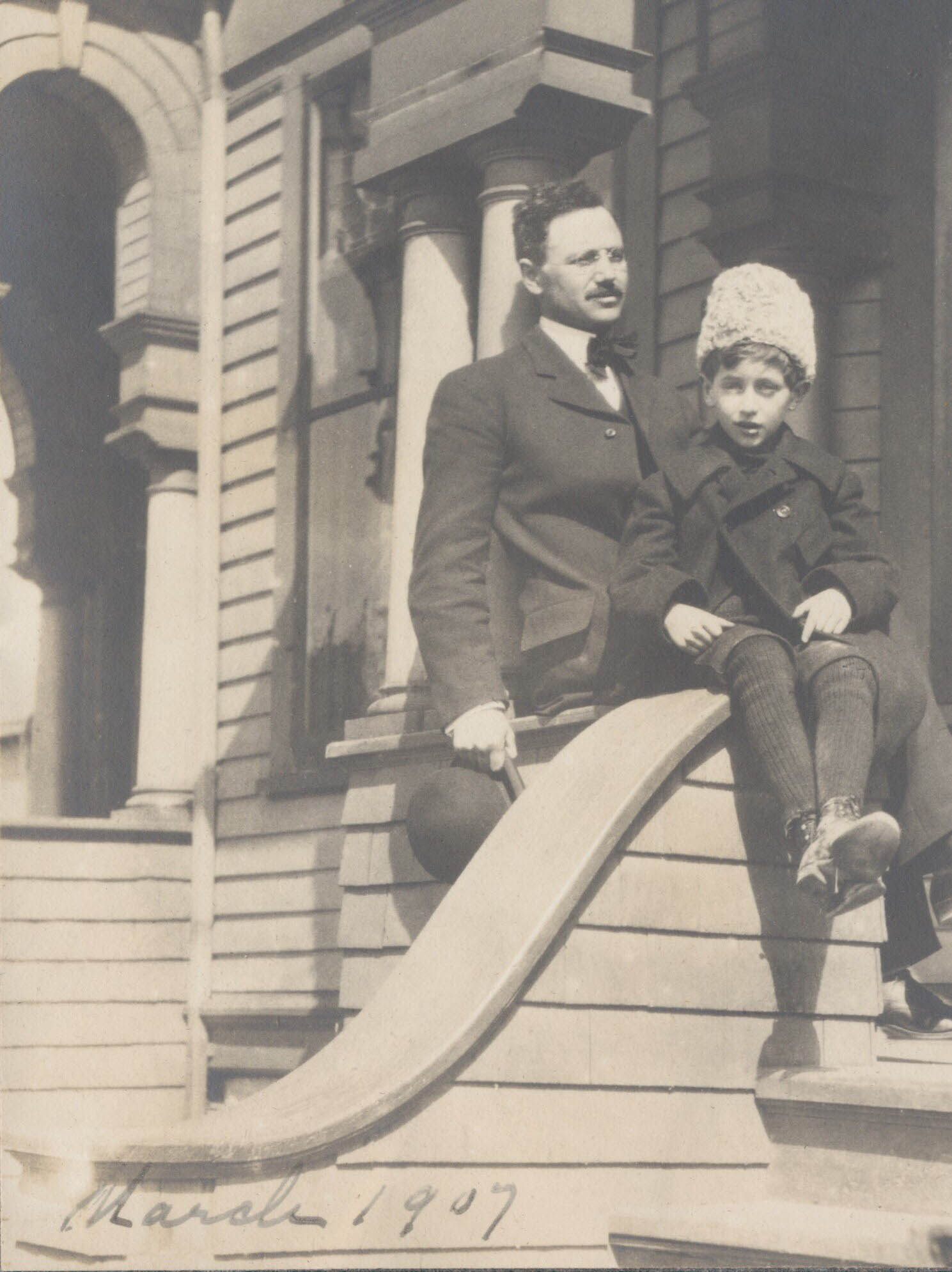 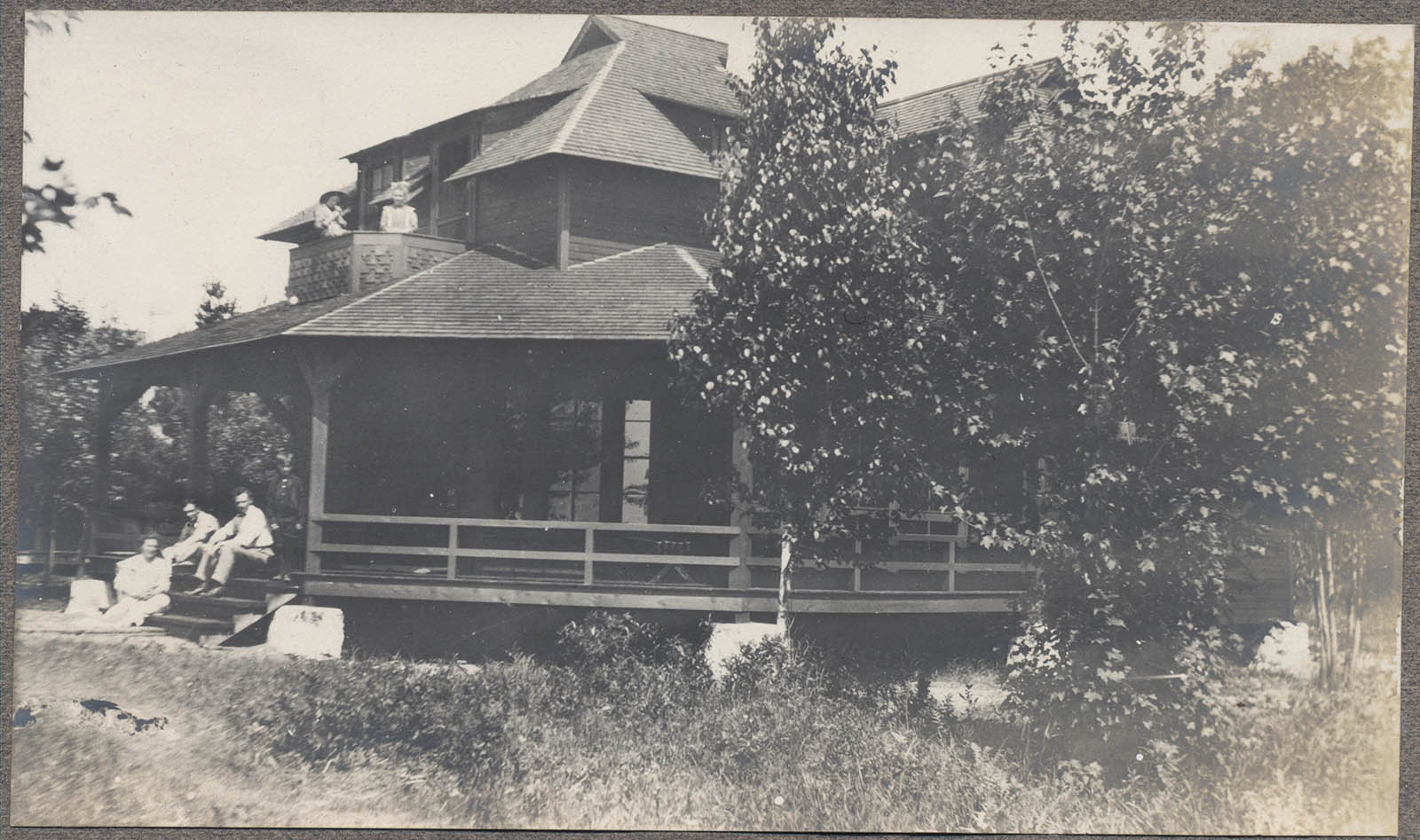 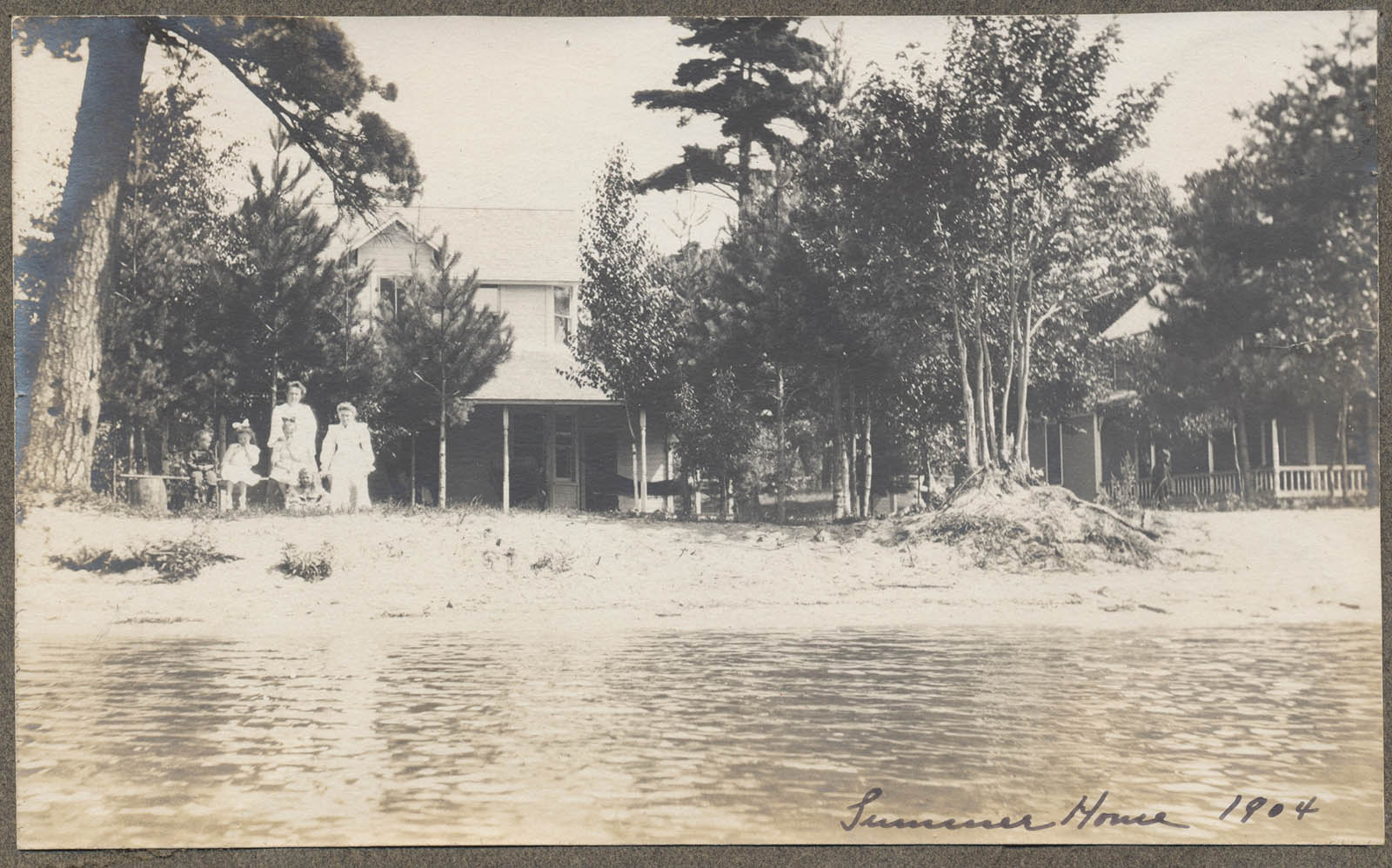 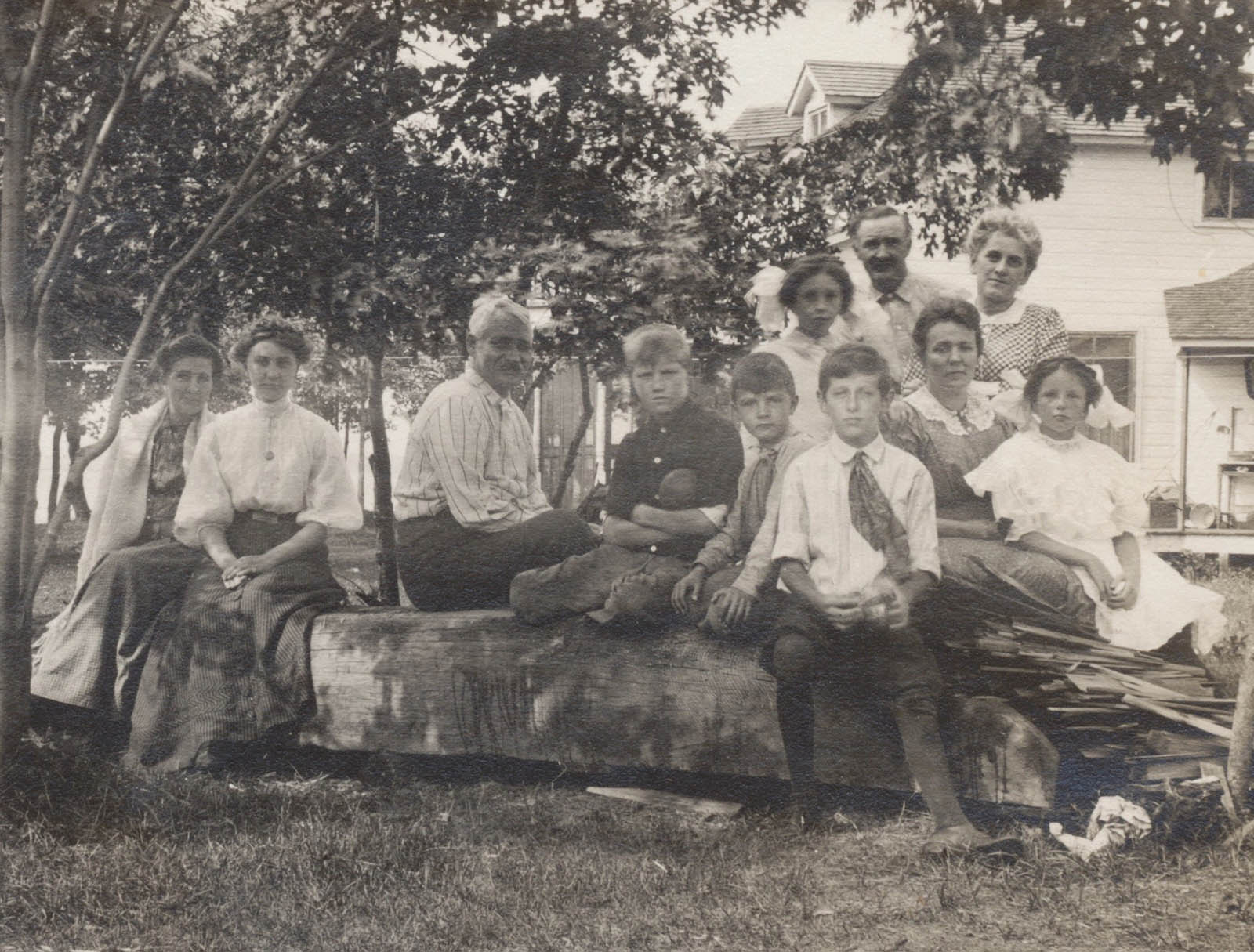