As the 75th anniversary of V-J Day and the end of the World War II approaches, the Milwaukee War Memorial Center is hosting a new exhibition and a number of related events, as well as a book tie-in.

As the 75th anniversary of V-J Day and the end of the World War II approaches, the Milwaukee War Memorial Center is hosting a new exhibition and a number of related events, as well as a book tie-in.

Details on the events can be found here.

The exhibition, "On the Homefront," opens Monday, Aug. 24 in the Freedom Gallery near the entrance off the north parking lot of the War Memorial Center, 750 N. Lincoln Memorial Dr.

The free exhibition explores how the Milwaukee area helped the United States win the war. 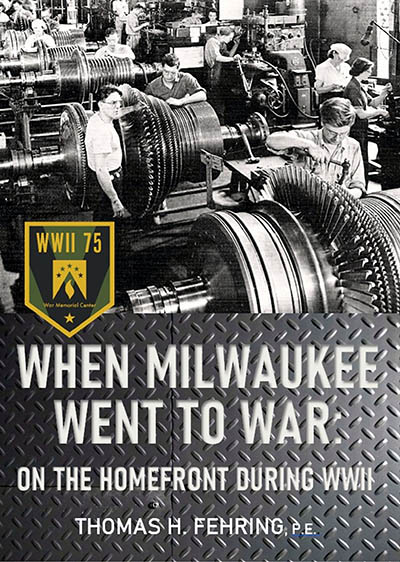 Back when it was still a major industrial manufacturing center, Milwaukee companies and workers helped the war effort by manufacturing not only munitions and airplane and vehicle parts, but also motorcycles, parachutes, diving equipment and more.

Companies like Allis-Chalmers also participated in the Manhattan Project.

Personal artifacts and documents also help tell the story of the 2,972 Milwaukee County residents that gave their lives in the war, which officially ended on Sept. 2, 1945 in a surrender ceremony aboard the USS Battleship Missouri.

To accompany the exhibit, Milwaukee historian Thomas Fehring wrote "When Milwaukee Went to War: On The Homefront During WWII," which will go on sale on Aug. 29 at Boswell Books, Historic Milwaukee's shop, the Milwaukee County Historical Society and on Amazon for $12.50. Proceeds will benefit the War Memorial Center.

On Saturday, Aug. 29, the War Memorial is asking the community to come help plant 2,972 flags in Veterans Park to memorialize the Milwaukee County residents who died in the war. 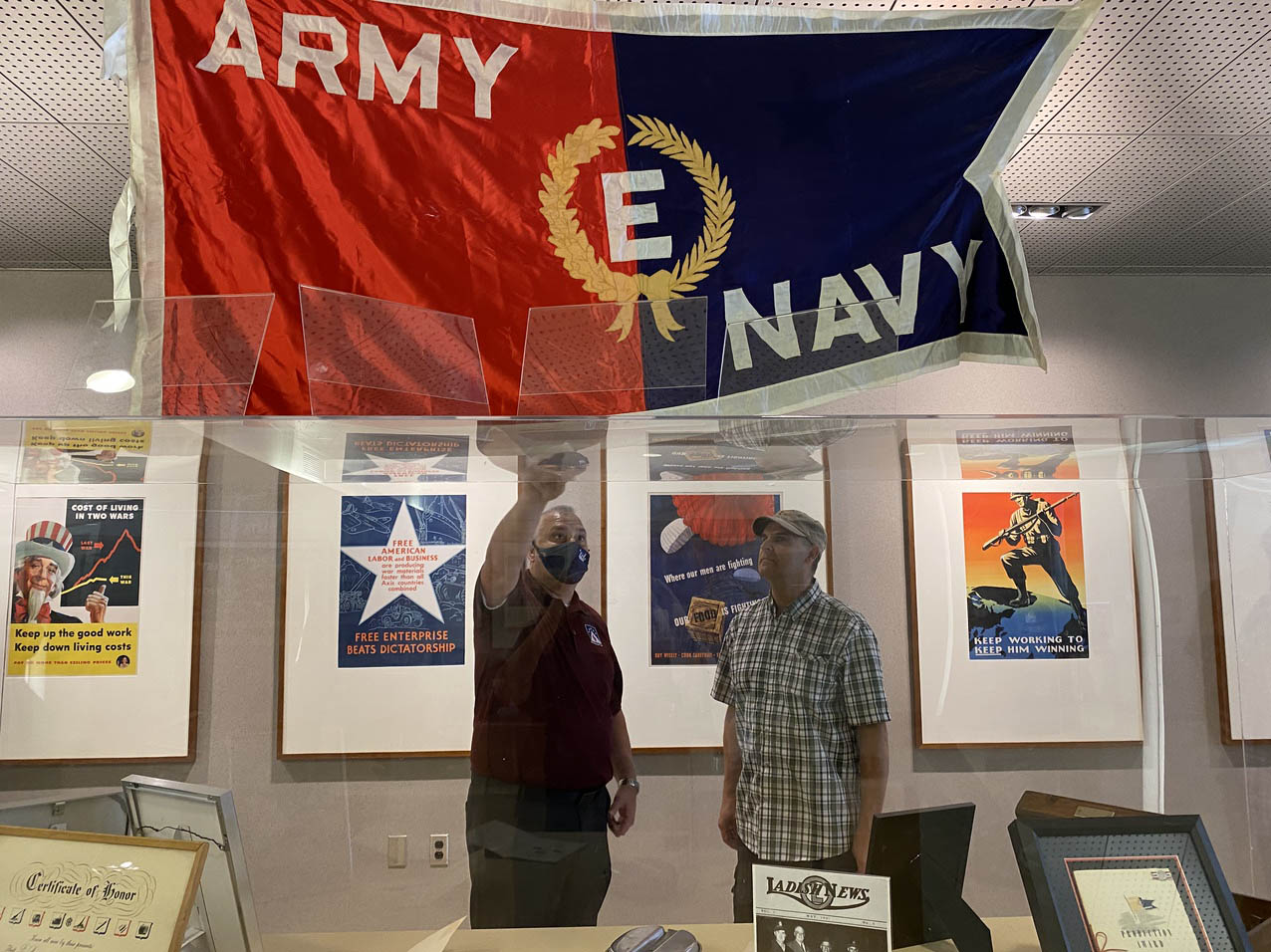 This new, hopefully annual, event will start with a 9 a.m. ceremony and a Stars and Stripes Honor Flight parade.

Two days later, on Aug. 31, the only traveling World War II Memorial will go on display on Fitch Plaza at the War Memorial and it will remain there until Sept. 3. It is free to visit. 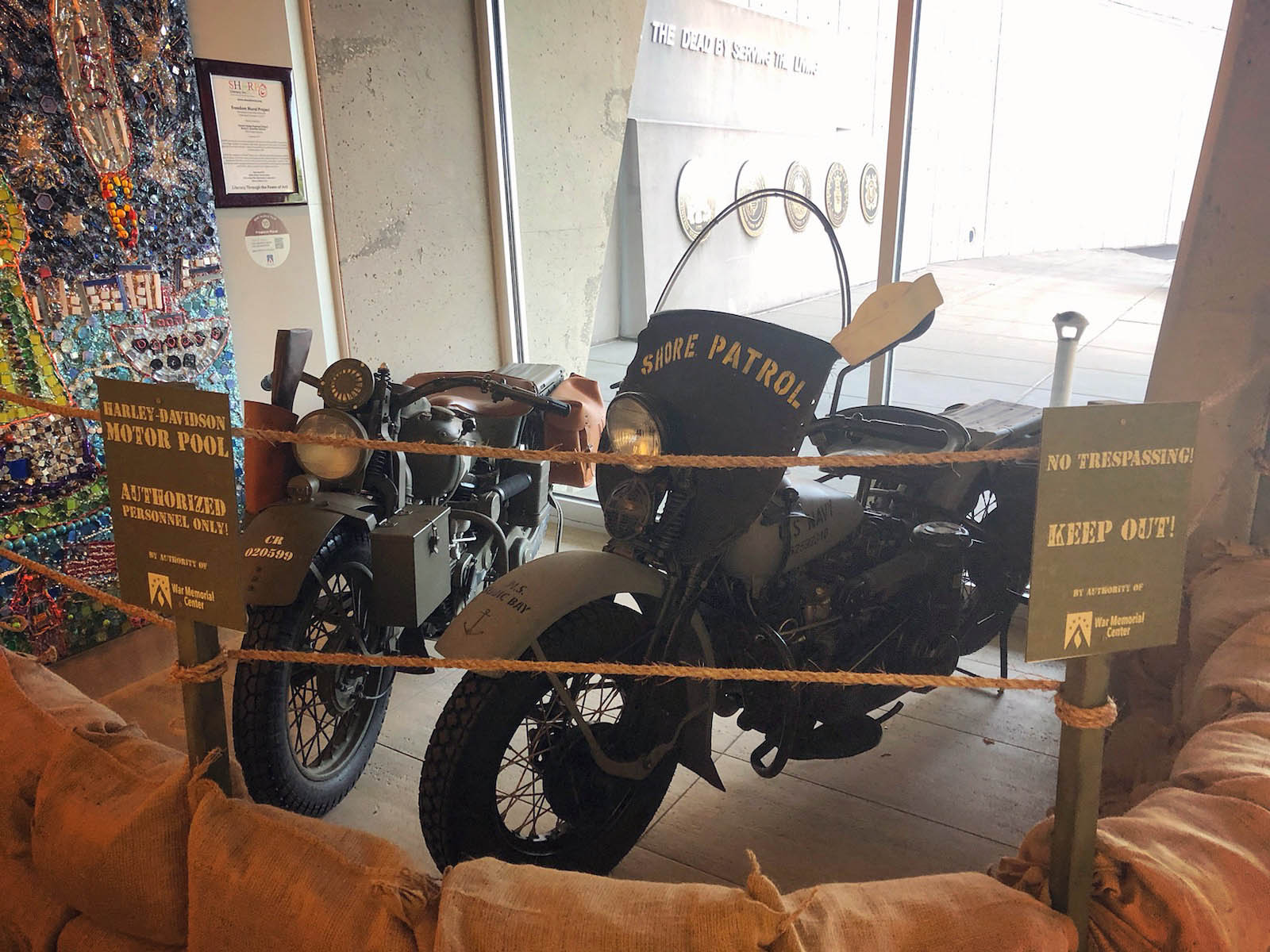 On Wednesday, Sept. 2 at 9:04 a.m. the War Memorial will host a brief ceremony to commemorate the official 75th anniversary of the formal surrender of Japan aboard the USS Missouri.