The products made by Milwaukee's Twisted Path Distillery are so good they speak for themselves. But, the story behind these small batch organic spirits is just as compelling as the distinctive flavors.

Career paths seldom form straight lines these days; but, some are more winding than others.

Such is the case for Milwaukee native Brian Sammons, owner of the aptly named Twisted Path Distillery, located on the first floor of the Lincoln Warehouse at 2018 S. 1st St. in Bay View.

The distillery, which celebrates one year in business this month, currently produces vodka (available in both 80 and 100 proof), white rum, dark rum and, as of Dec. 1, gin. And every last one of them is certified organic.

They’re also handcrafted – a term that means a lot to Sammons.

"Handcrafted sells because people like the idea that someone is making their product by hand," Sammons tells me. "But, if that’s bullsh*t, then it absolutely should stick in their craws. People should be getting what they pay for." 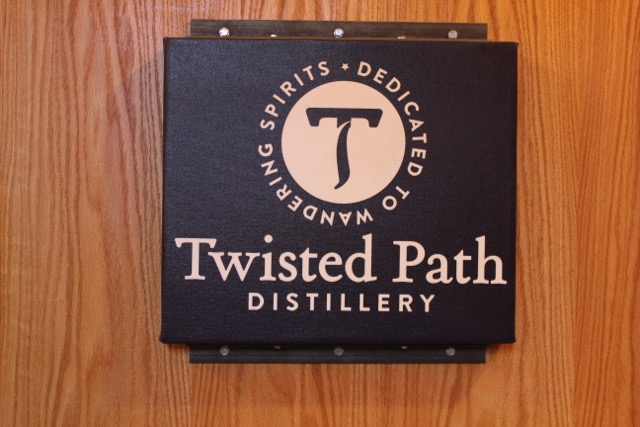 Sammons entry into the world of hand-crafted spirits followed a career that began with a job at the Department of Defense as an analyst on their Bin Laden counter-terrorism team.

"After 9/11, I went through training and entered the clandestine service," notes Sammons, "Then, after working in counter-intelligence field operations, I took leave from the CIA to attend law school at UW-Madison."

In Madison, he met his future wife, Laura Singleton, and together the two decided to put down their roots in Milwaukee. Singleton took up teaching at Marquette University, and Sammons worked as a district attorney for Milwaukee County and later in banking law with von Briesen & Roper.

"But banking law wasn’t a great fit for me," he admits. "And when we had our first child, we really began evaluating what we wanted out of life."

When he asked the question, "If I could make my own path, who would I aspire to be?" he says he found himself gravitating toward entrepreneurs who channeled their personal passions into their own businesses.

"I had a long-term passion for spirits, as well as making things," he says. "So I looked into what it would take to build a distillery and make spirits. And it turns out that all the difficult parts of the job were all things that I wanted to tackle."

So, in August of 2013, Sammons resigned from the law firm and put all of his chips into plans to create a distillery. And in December 2014, Twisted Path Distillery was born. 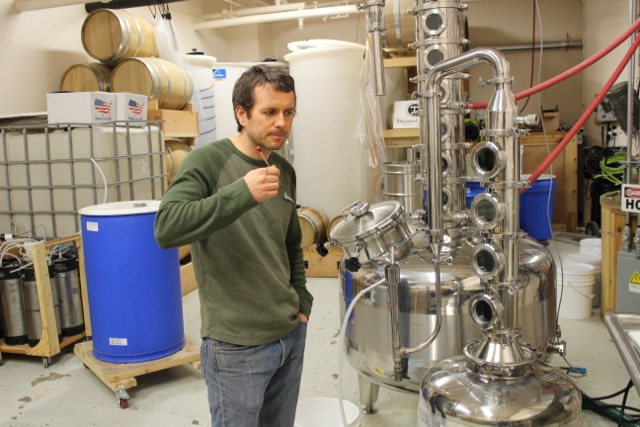 Not your average spirits

Even in its infancy, the distillery set itself apart in a number of ways.

First, unlike many distillers who pay someone else to create their equipment, Sammons started from scratch, designing and building nearly everything in his distillery.

"Understanding everything from the ground up allows me to play with things that other people might not be able to do," he notes. "I can make adjustments to the system that result in very subtle changes in the finished product, and that’s a huge advantage in terms of quality."

Sammons also made the decision early on to source ingredients as locally as possible, and to take the steps necessary to obtain organic certification for his spirits.

"We decided that if we were going to be buying thousands of pounds of agricultural products, we wanted to support farmers who were doing it the way we thought it should be done," he says.

"I also know how distillation works, and we’re separating out alcohol from water. I don’t know what the boiling point of Roundup is, but if it’s similar to either water or alcohol, it’s getting concentrated into the booze. I have no scientific basis for it, but it made sense to avoid that possibility."

And ultimately, Sammons says he’s not out to be the biggest spirits brand, or the most popular.

"I’m not trying to find the biggest crowd pleaser. I’d rather have a small contingency who love it than a majority of people who just think it’s OK," he says. "There are simply too many distilleries out there to be making things that are just middle of the road." 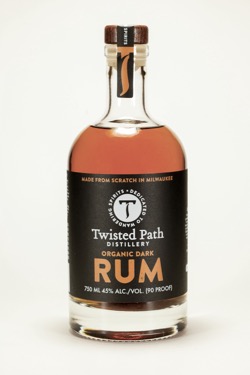 Like much of the rum on the market, Twisted Path rum begins with molasses. But, it’s not just any molasses; it’s high grade sweet molasses.

"Your typical approach to rum is to use blackstrap molasses, because it’s cheap, and it’s a natural byproduct of the sugar making process," Sammons explains.

"But, the sugar isn’t high enough to give you the alcohol yield you need, so you end up putting white sugar back in. Ultimately I wanted to use a molasses that hadn’t been processed to the point where it didn’t have enough sugar content. And I wanted it to be organic. I tasted molasses from all over the place – probably a dozen – before I found the one with the right flavor profile."

Sammons’ dark rum is rich and complex, drinking more like a whiskey than most on the market.

"It came out of a realization that what I like about most bourbon and whiskey was the oak," he says. "So I age the dark rum to give it a more whiskey-like flavor profile. I wanted it to be a sipping rum that whiskey drinkers would really enjoy." 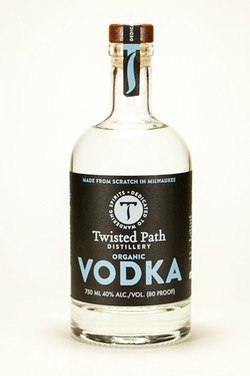 Twisted Path vodka is unlike most you’ve tasted. Its mouth feel is soft and round. And, to the surprise of many, it actually retains a distinct flavor.

"In most cases, you distill the heck out of it, so you’re taking most of the flavor out," says Sammons. "But I wanted to leave a touch of character in mine. And I wanted to play around with what that character would look like."

So Twisted Path vodka is actually made from high protein organic baker’s wheat, a product very unlike the high starch wheat most distillers choose.

"You get less of an alcohol yield from it, but it retains a flavor that I really like," explains Sammmons. "The trick for me is maintaining that subtle character throughout the distillation process and making sure it’s flavorful, but subtle enough that it doesn’t interfere with the flavors in cocktails." 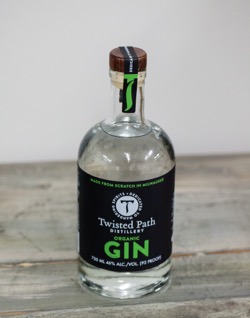 "Gin is essentially flavored vodka," says Sammons. "And there are actually companies out there that use flavor concentrates. So, essentially they’re pouring a bottle into neutral grain spirits and calling it gin."

As you might guess, that’s not the case at Twisted Path. In fact, Sammons began by simply distilling a gin using only juniper berries. Then he asked, "What else does this need?"

"I distilled each one separately and then blended them with the juniper, one at a time, and looked at which worked with the juniper the best. Then I went through the process all over again, until I came up with the combination I liked."

It also contains hops, but not in the form you might expect.

"One of the components in a well rounded gin is citrus," explains Sammons, noting that hops are often valued for their citrusy character. "So, I vapor infused hops separately and played around with it at various stages. It was interesting and really good by itself. But it didn’t make it in until the very end. I make the gin and then add just a little bit of the vapor infused hops. And it’s a lot like seasoning food with salt. It just made everything pop. It’s like the citrus you can squeeze over a dish at the end of cooking that just makes all the difference."

The full line of Twisted Path Distillery products are available at a variety of locations including Kensington Liquor, Downer Liquor and Otto’s on Oakland; Discount Liquor, Groppi’s and Bert’s on Milwaukee’s south side; Sendik’s in Brookfield and Ray’s in Wauwatosa.

The distillery’s tasting room is currently open by appointment only, but it will keep regular hours starting sometime after the first of the year.