Here is another batch of visual history from this Milwaukee landmark that endured from 1892 until 1963 when the zoo completed its move to its current location and changed its name to the Milwaukee County Zoo.

Last week, we shared 15 great photos of the Washington Park Zoo from its first three decades, all taken by Joseph Brown, who had his photography studio just blocks from the park.

Here is another batch of visual history from this Milwaukee landmark that endured from 1892 until 1963 when the zoo completed its move to its current location and changed its name to the Milwaukee County Zoo.

You can read a bit more history of the Washington Park Zoo here. Read about the construction of the current zoo here.

This group of images – courtesy of the Milwaukee County Zoo – dates from later years, roughly 1923 onward and includes shots of the then-revoutionary bar-less bears dens that were built by Works Progress Administration crews during the Depression.

There’s also a shot of the indoor aviary. An outdoor aviary was home to eagles, including bald eagles.

There is also a nice aerial view of the zoo before the Stadium Freeway was erected over 46th Street and the western edge of the park, including the zoo’s bear dens and elephant exhibit.

This work helped push forward the plan to find a new, larger home for the zoo.

Finally, no Washington Park Zoo story would be complete without photos of two beloved favorites, namely Samson the gorilla and Sim, the lion that famously lived for a time at the Central Library.

You can read more about Sim in this Milwaukee Public Library blog post.

Sim the Lion with lion keeper Bill Ehr, circa 1930 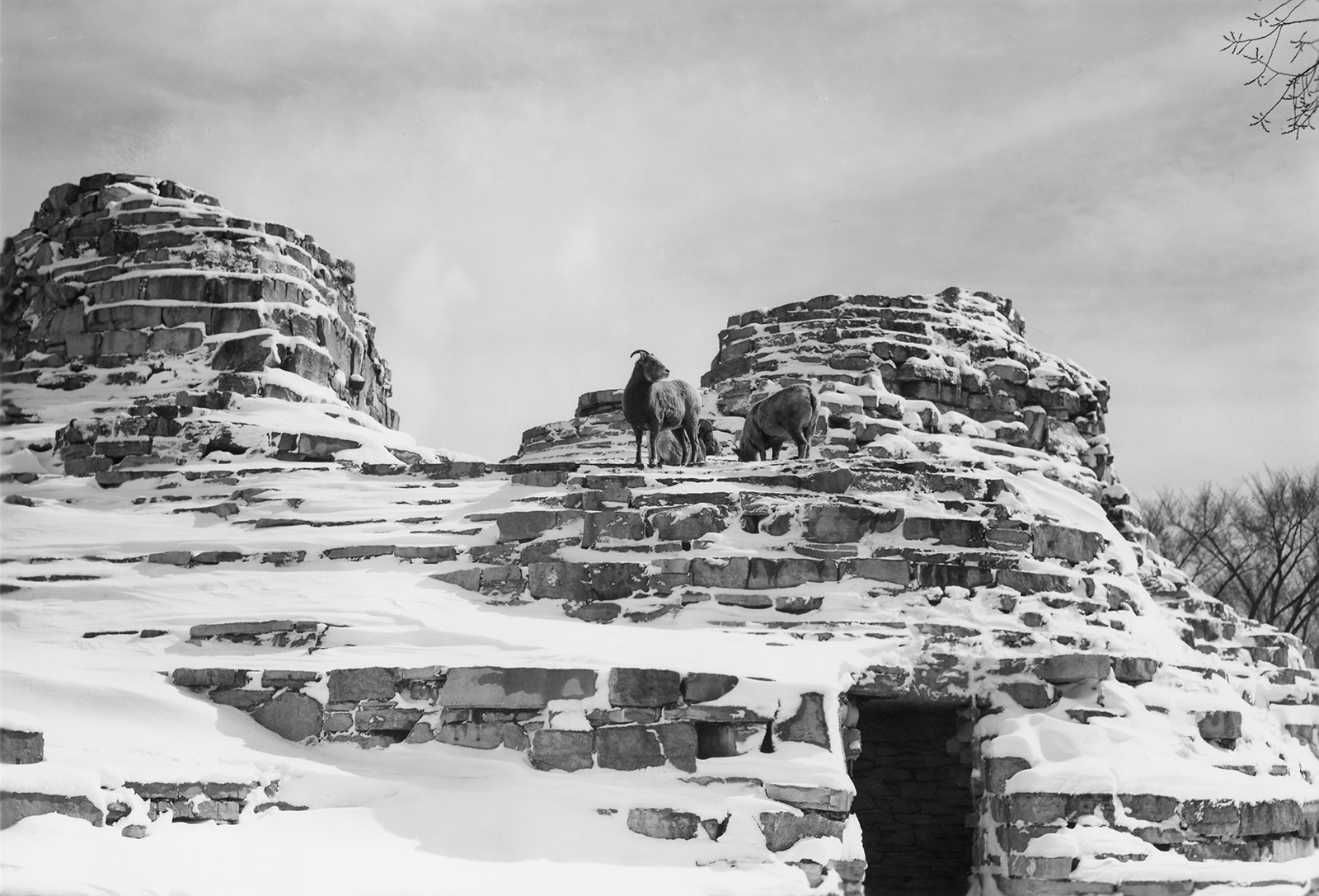 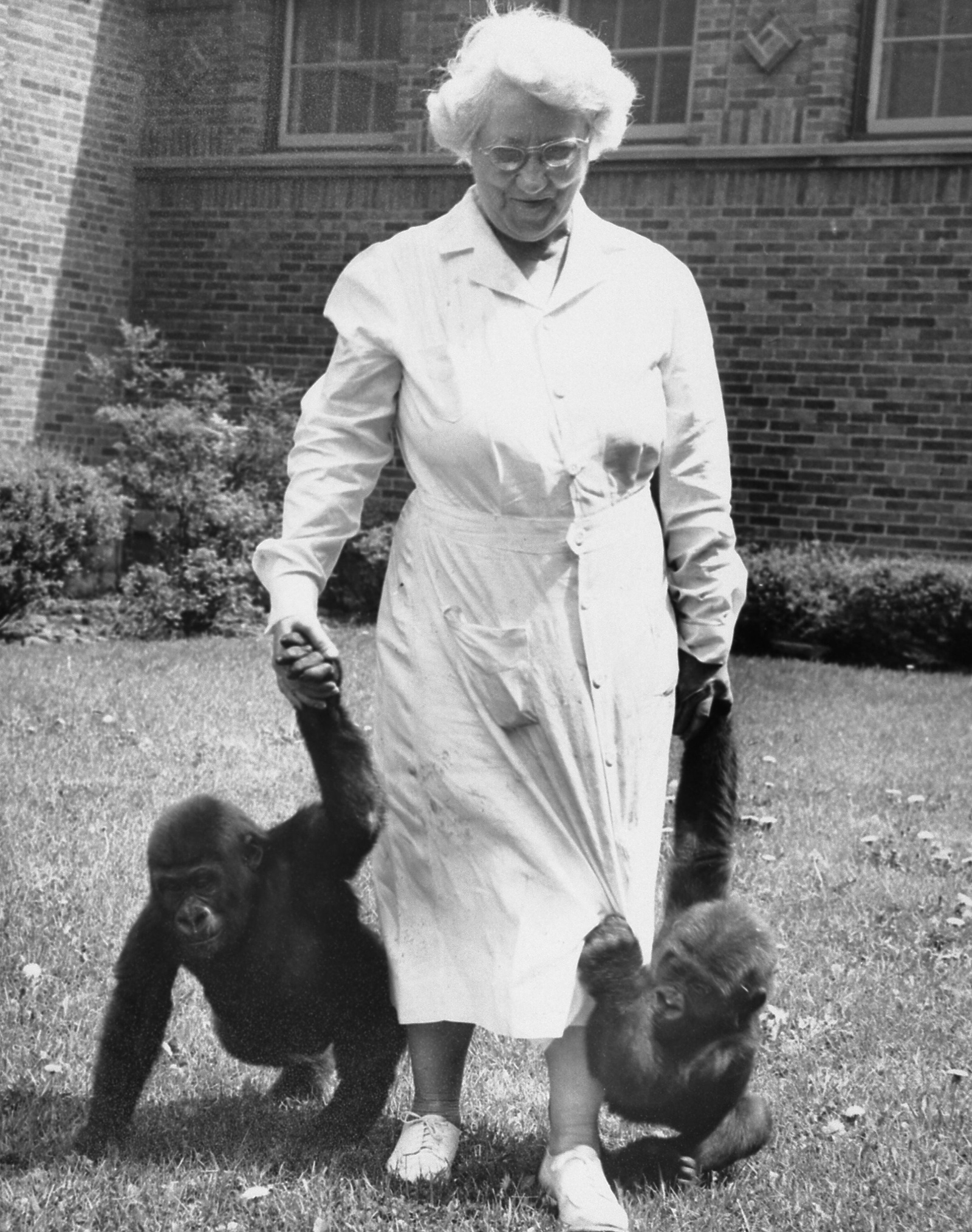 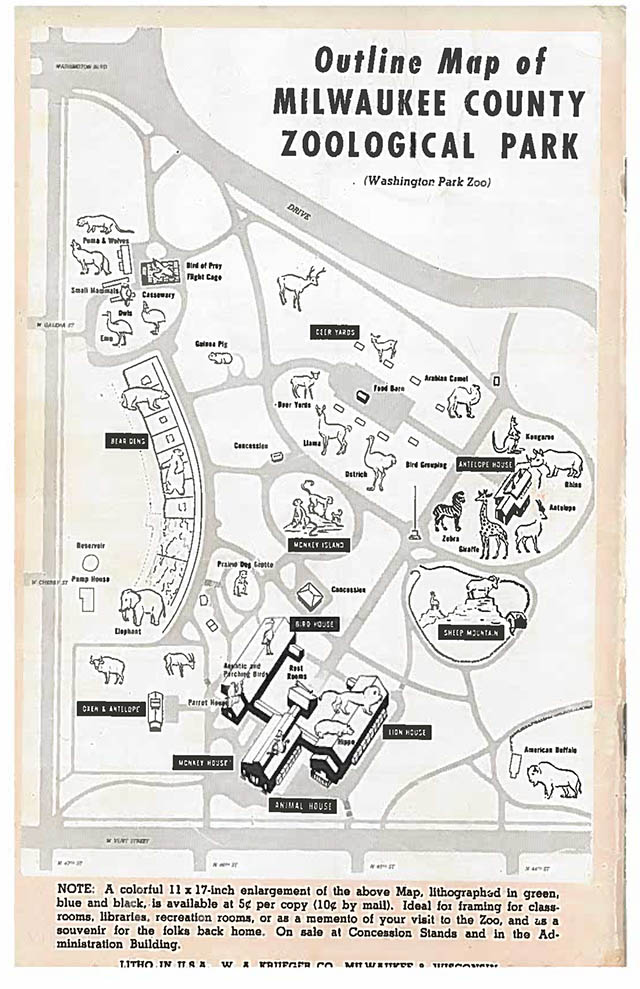