Why you should start the new year with a skin check

As you start your new year, make a resolution to get a skin check. Here is why you should - and sooner than later.

Just over six months ago, I dropped by my doctor's office for my annual doctor's checkup – one that I’d pushed back twice ... and honestly, maybe even more times than that. Life was busy; summer is an amazing but fully nuts time at work, having just wrapped up a fun-filled but crazy Summerfest, and elsewhere I was golfing and enjoying going out on the lake with my family.

So, at this long overdue appointment, my brand new doctor (Dr. Sinopoli, who I now LOVE and highly recommend) asked if there was anything I was concerned about. I casually and without much real thought said, "A mole on my shoulder blade is changing." She covered off a few other things with me and then we took a look.

We barely discussed much else after she took a peek. What she saw wasn’t good. Within 24 hours, I had a call from the office of Dr. Heather Wells (dermatologist) and within 24 hours of that call, I was sitting there, telling her about my upcoming plans to hit the links that weekend and jet away on a trip to Colorado in a few weeks with my niece and nephew.

She couldn’t have been kinder when she gently told me that, while she hoped she was wrong, I probably wouldn’t be golfing for quite a while. I would be going in for surgery soon to remove melanoma cancer from my body.

I cried on the table as she told me. And if I’m being honest, I cried before I even went in – when I saw the word "cancer" on the side of the building. I cried again as I sat in my car in the parking garage, after they removed the mole for a biopsy, as I told my mom what was going on and she asked if I was OK to tell my dad myself. And I cried some more when I called my best friend in Seattle, and she quietly whispered on the phone, "You are going to be fine."

I cried on my back patio when telling my sister about it all. I cried when I called to tell someone very dear to me that he was right, I needed to get that mole looked at. He may have saved my life – so I, of course, also cried when I said "THANK YOU!" to him. And I cried when Dr. Heather called me back a few days later to tell me she was indeed right; it was early stage melanoma, and I would need surgery very soon.

Then, I stopped crying. I put on my big girl pants and made my surgery appointment with Dr. Manish Gharia (who Dr. Heather said SHE would pick to go to if she had a choice) and a little less than a week after that, I was sitting on yet another doctor’s table in Waukesha while they numbed up my back to remove a large chunk out of my back. 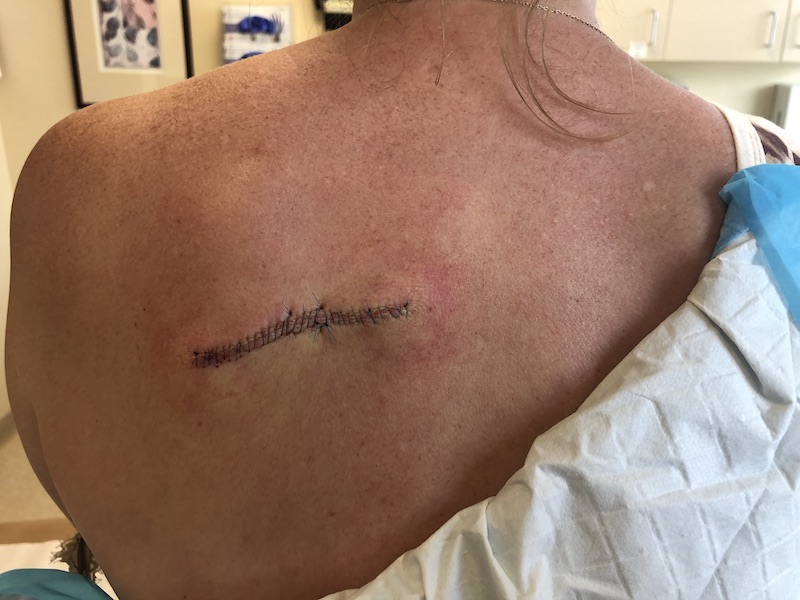 I laughed with the nurse about being decades younger than anyone else in the waiting room I had just left, but I probably shouldn’t have. Melanoma can affect just about anyone. According to curemelanoma.org the average age of people diagnosed is 63 – but melanoma is not uncommon even among those younger than 30. In fact, it's one of the most common cancers in young adults – especially young women. I was 42 at the time.

I didn’t cry when the doctor’s office called a week or so later to confirm they successfully removed the cancer. I haven’t really cried about it since – save for a few exceptions, such as when I went to donate blood with some of my team and was told I couldn’t donate until I was cancer free for a year. Or today, when I sat at my desk at work and wrote this piece to tell YOU why you should go get a skin check. But I’m also thankful of the reminder that my cancer was caught and treated, and I am now healthy and cancer-free.

You may be wondering what the process is from here. I will diligently go for check-ups every three months or so for the first year and get my skin checked. I can't emphasize this enough: YOU SHOULD TOO. You can ask your general practioner for a consult for a dermatologist or search for one in your providers. But just do it. Don’t put it off. Had I waited even longer, I would probably just be finishing a few rounds of treatment because it had likely would've spread to my lymph nodes. 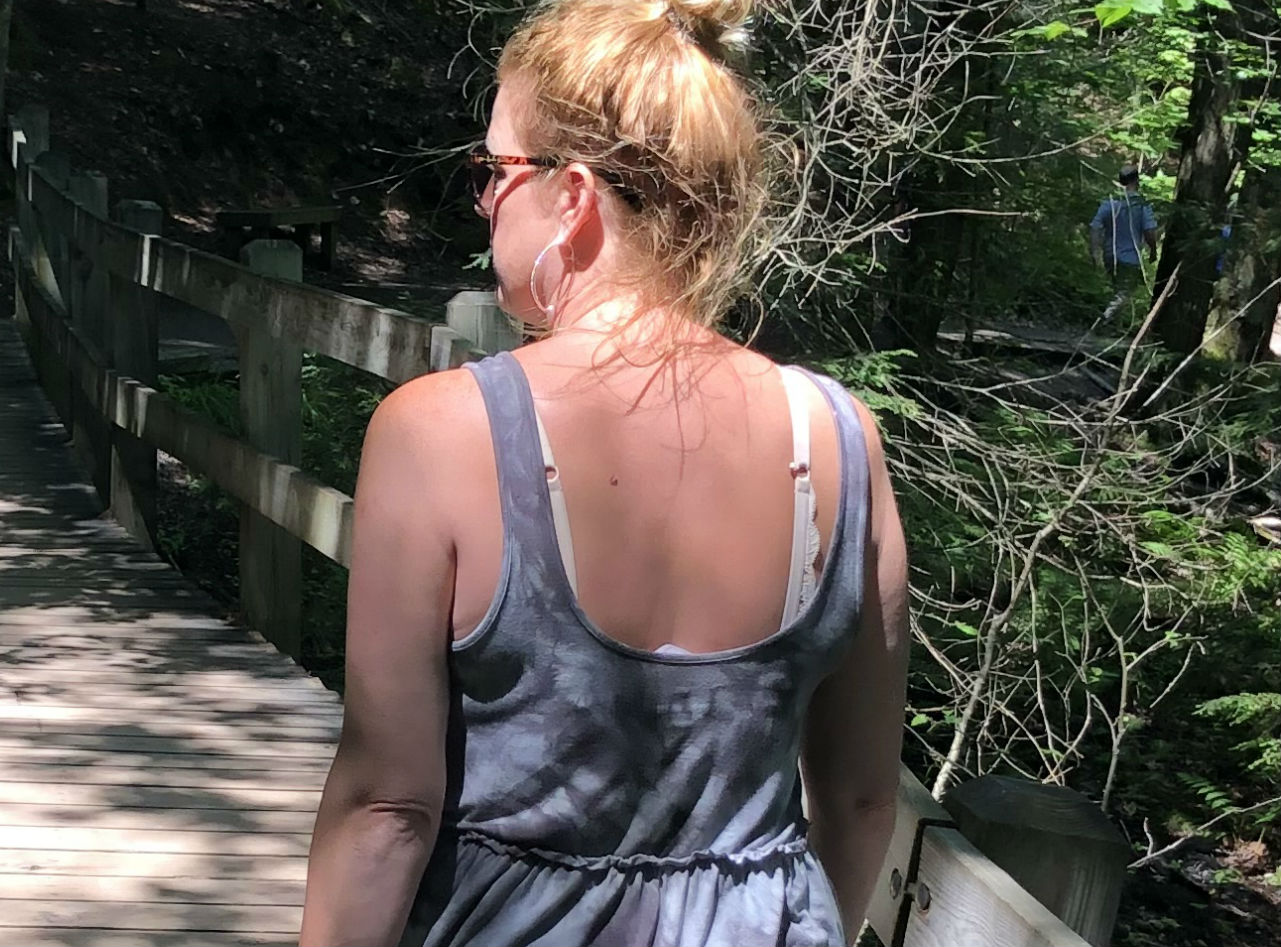 My melanoma was a mole that essentially grew a comet-like tail out of it that was a slightly different color. I'd had it for years, but only recently had the tail grown out. Most people have moles on their bodies – most you are born with or developed before the age of 40. But melanoma usually appears as a flat or barely raised lesion, often with irregular borders and variations in color. So, please take note of your body.

If you need assistance in finding out more information on melanoma, I recommend going to curemelanoma.org or cancer.org. I also highly recommend following Call Time On Melanoma, where they work daily to educate a younger audience on the risks of melanoma and the benefits of sun safety. I know, for me, sunscreen is now something I am thinking about daily, if not hourly. You should too.

But most important, go get a skin check. Please. I'm telling you my melanoma story so hopefully you won't have your own.

Has your skin lost its glow? You've got options to get it back!

Considering a medi-spa visit? Here's what you should ask

We had to ask: what is a medi-spa?