According to a social media post by his daughter Meg Schroeder, William Schroeder, who ran a pair of Downtown bookstores for many years, passed away early Friday morning, after being admitted to the cardiac intensive care unit at Froedtert Hospital.

According to a social media post by his daughter Meg Schroeder, William Schroeder, who ran a pair of Downtown bookstores for many years, passed away early Friday morning, after being admitted to the cardiac intensive care unit at Froedtert Hospital.

Schroeder, who was 88, most recently owned another shop, called Schroeder’s Used Books and Music, 7629 W. Greenfield Ave., in West Allis. That location opened when the Downtown stores were closed.

It was run by his fifth wife Alma Maras, but was closed by order of the West Allis Fire Department in 2015, according to Meg Schroeder.

According to his daughter Meg, William E. Schroeder was born in Milwaukee on March 12, 1929, to William J. and Mary J. (France) Schroeder, though early on he lived with his grandparents, Hermann and Emilie (Luedke) Schroeder, "while his father transitioned from being employed as an orchestra musician to housepainte, supported, chiefly, by his fellow Freemasons."

By the time he was a student at North Division High School, Schroeder was, according to his daughter, among the state's leading experts on ornithology, even writing a regular column in a magazine dedicated to the subject. After his graduation, in 1946 (his graduation photo is at right), Schroeder attended Marquette University and, later, Utah State, studying ornithology. 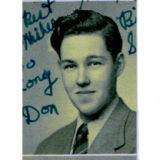 "He spent a year as a game warden in Alaska, before returning to Wisconsin," his daughter says, "after his field supervisor was murdered by poachers. Upon his homecoming, he and his parents moved to Kewaskum, where they bought a farm, turning it into Pine Hill Turkey Farm for three years."

Schroeder married Lucy Kalb, but the union proved short-lived and he and his parents returned to Milwaukee, where he married Eleanor Baumgartner. That marriage also dissolved quickly, Meg says.

Schroeder opened his first bookstore at 807-9 W. Wisconsin Ave., and in 1961, married Anita Johnson-Shamalie, with whom he hada son, William, Jr., who died a few days after birth, and three daughters, Mary, Marguerite (Meg) and Kathryn, before divorcing in 1967.

"While the year is uncertain," Meg Schroeder says, "somewhere around 1965, the building in which his bookstore was located, on 8th and Wisconsin Avenue, was destroyed by fire. He rebuilt his stock and re-opened as A & B Schroeder's Used Books and Records, located at 636 W. Wisconsin Ave. In 1967, Bill married one of his part-time employees, a UWM student by the name of Andra Beduhn. My sisters and I were raised with them. They would have two children, a son, William N., and a daughter, Susanne.

That marriage ended in divorce in 1985.

"It was at this time when he earned the reputation for being the man to go to to appraise collections of rare books. His knowledge was called upon by many of the well-known public and private universities throughout the United States. He began to collect first editions; his prized possession being Samuel Clemens' 'The Adventures of Tom Sawyer.'" 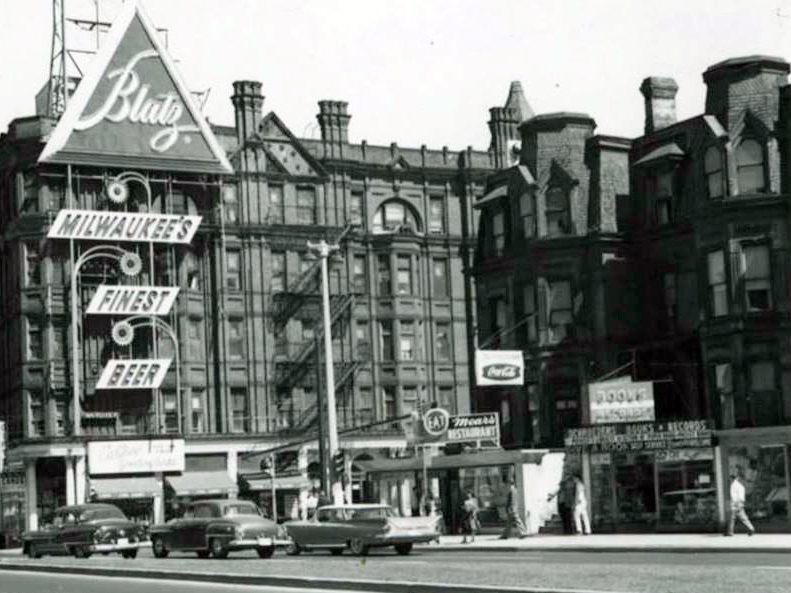 Looking southeast at the corner of 8th and Wisconsin. (PHOTO: Courtesy of Milwaukee Public Library)

When I moved here in the early 1980s, both stores were must-visits on a regular basis. Stuffed with books and records and magazines, one could uncover all manner of treasures and enjoy some great people-watching at the same time.

These stores were run by Schroeder and, later, with Alma, who he met when she worked at Artist and Display on Burleigh Street.

They offered the kind of quirky, unique Downtown experiences that seem to have disappeared so rapidly from the city center.

The eldest of the Schroeder’s stores was lost in the fire that destroyed the Norman in 1991 and the other was closed when the block was razed at the dawn of the millennium for the Library Hill Apartments development. 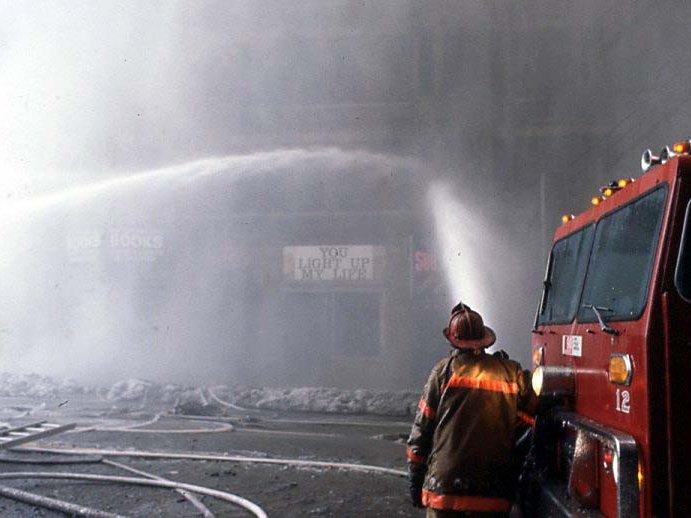 The end of the line for one of the Schroeder shops Downtown.

When Meg Schroeder posted that her father was in the ICU on Thursday, many former customers of the Downtown shops posted memories.

"I used to be a regular, checking in for comics, Pulp mags, and paperbacks! I met your dad a few times there, he was a really nice guy to me," wrote Jonathan Jensen.

"Please tell your dad thank you for all of the wonderful chances to read that he gave to so many kids of my generation," posted Ann Savagian. "Between the library and his book stores, we always had our noses in books." 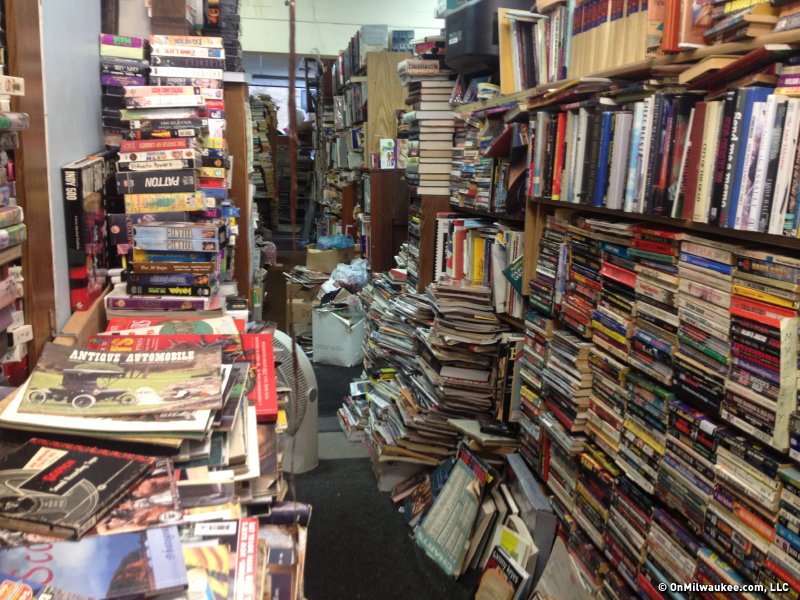 Stephen Atkinson added, "I loved that place! Bought many records there."

"Used to go to both bookstores," wrote Georgia Lee. "Would go there on my lunch hours from work. Always had great finds there."

"Bill had always been, until two weeks before his death, a prolific reader; philosophy and the natural sciences being his passion," says his daughter. "He owned a multitude of properties throughout Wisconsin and Florida -- his home away from-home) -- of which a hobby farm in rural Sheboygan Falls, and a beach home overlooking the Gulf of Mexico, at the outskirts of Carrabelle, Florida, were his favorites.

As a former customer, who misses these Downtown treasures, I send my deepest condolences to Meg and Alma and the Schroeder family.

Visitation is set for 11 a.m. Tuesday, March 13 at Church and Chapel Funeral Home, 7626 W. Greenfield Ave. A service is at 1 p.m. Burial at Calvary Cemetery follows.