This weekend, the Harley-Davidson Museum, 400 W. Canal St., launches its summer exhibit, which focuses on the life and work of Willie G. Davidson, grandson of one of the founders of the iconic Milwaukee motorcycle company. Thanks to his creative design work and his efforts to buy back the company from AMF in 1981, Willie is, himself, an icon to Hog enthusiasts.

This weekend, the Harley-Davidson Museum, 400 W. Canal St., launches its summer exhibit, which focuses on the life and work of Willie G. Davidson, grandson of one of the founders of the iconic Milwaukee motorcycle company.

Thanks to his creative design work, his passion for custom bikes and his efforts to buy back the company from AMF in 1981, Willie is, himself, an icon to Hog enthusiasts. 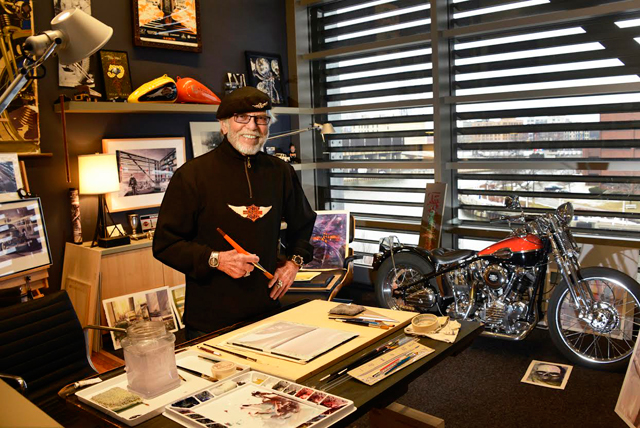 "I wanted to combine my interest in art and design with my love for vehicles," says Davidson of his career. "I was born with gasoline in my veins and crayons in my hands."

The show includes classic bikes and other vehicles, as well as memorabilia and items from Davidson’s collections, including many paintings, T-shirts and other items designed by Davidson, who grew up drawing motorcycles and hot rods. Later, he attended Art Center College of Design in Los Angeles and then returned home to work with no less than Brooks Stevens, where he stayed for five years. 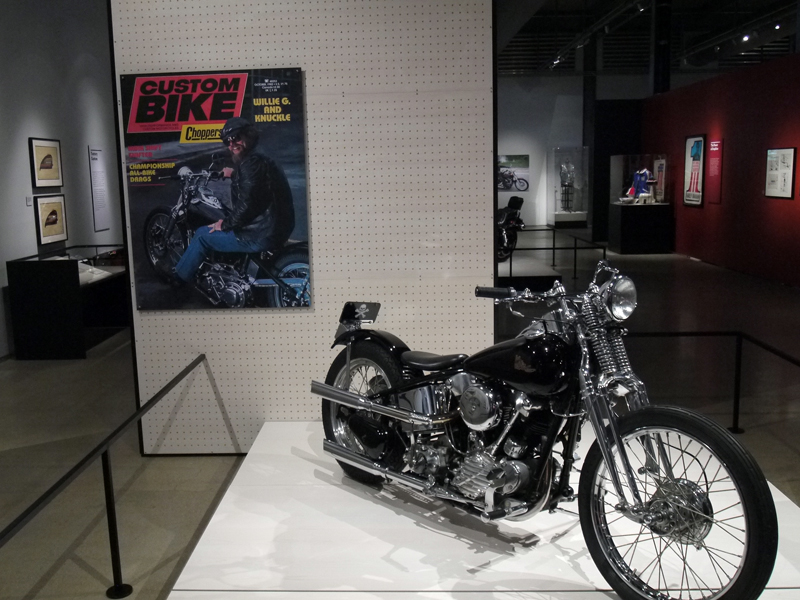 When Harley decided it needed its own in-house designer, Willie seemed like the perfect fit, and in 1963 he became the company’s first design director.

"What makes the story interesting," says curator Jim Fricke, "(is that) he did pay his dues. It would be less interesting if he were just following along in his dad’s footsteps. If he went and studied business to be a CEO."

Because he was such a fan of customizing vehicles, Davidson brought a new spirit to the design of Harleys. And as he became a regular at annual Harley gatherings in Daytona, Fla., and Sturgis, S. Dak., Davidson got ideas from Hog riders and also became one of them, helping to solidify the H-D brand loyalty that is the envy of many companies.

In 1971, he unveiled the FX Super Glide, which was the first in a line of now-legendary Harleys that positioned the company as a leader in "factory custom" motorcycles. 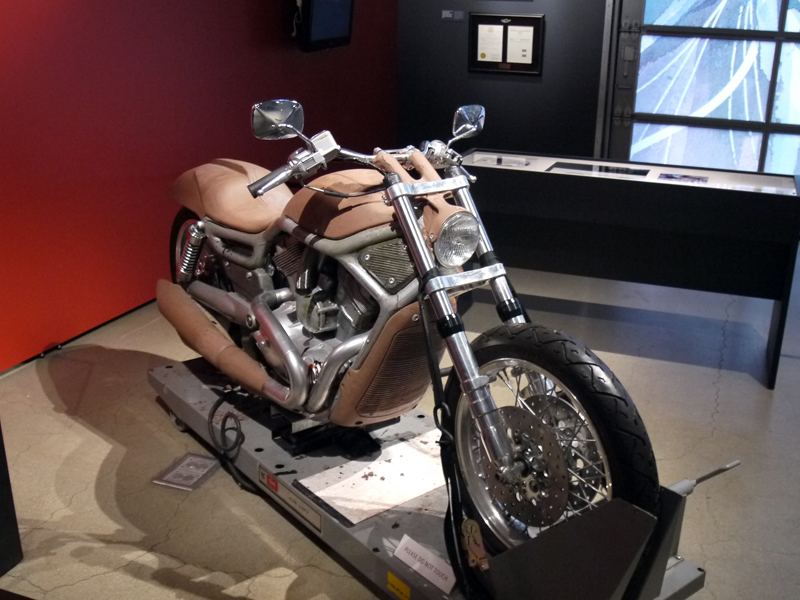 Seeing the way Davidson tinkered and integrated different ideas into the bikes is perhaps the most interesting part of the show. In one section, we see some leather work that Davidson handcrafted and then used as inspiration for a bike seat that used some of the same rivet and rawhide work.

But the watercolors, block prints and other works from his art school years are also interesting to see, as they offer a clue to Davidson’s wide-ranging interests and skills.

Putting together the show has been on Fricke’s mind for a decade now, he says.

"We started talking about doing this a number of years ago. I came here in 2004 to develop the original museum exhibits and met Willie here. As I got to know the story, his own story felt really unique in that there is obviously this family connection, but it is truly unprecedented for a design-focused brand to have multiple generations of the family lead the design ... (He) led the design team for literally half a century.

"That’s what got me interested in convincing Willie to tell his story, and it’s a fun story," Fricke adds. "Growing up, it was never a forgone conclusion that he would come work for the family business. But he did his own thing and came back. It’s a great story."