Wisconsin has a long history of lawmaking around margarine and, more recently, out-of-state butter.

These days, when people talk about legalization it’s usually around the topic of marijuana. However, in Wisconsin we could just as possibly be referencing our long history of criminalizing margarine and, more recently, out-of-state butter.

It all began in 1895 when the State Legislature passed a law prohibiting the manufacture or sale of yellow-colored margarine, also called "oleo," because it was believed to be a threat to the dairy industry. It remained illegal for almost 75 years, until margarine was finally decriminalized in 1967.

The law was overturned after the late state senator Gordon Roseleip – who was particularly vocal about his anti-oleo stance – agreed to take a blindfolded taste test of butter and margarine. He failed the test and the law was reversed. It was later revealed that his wife had been serving him margarine and telling him it was butter.

During the 1950s and '60s, Wisconsinites – particularly women then referred to as "housewives" – traveled to Illinois on what became known as "oleo runs" to stock up on margarine because it was cheaper and considered a modern alternative to butter.

Technically, oleo bootleggers could have been fined up to $6,000, but there’s no evidence that the law was ever enforced.

Wisconsin was not the only state to fight what the media dubbed as "the oleo wars." Other states like South Dakota and Vermont had strong dairy lobbies and criminalized fake butter, as well, but sold cotton-candy pink margarine to get around the law.

Even when the ban was repealed, it was still illegal for restaurants to serve margarine instead of butter unless the customer specifically asks for it. In 2011, efforts were made to repeal that law, but they weren't successful.

Many Milwaukee restaurants don’t carry margarine as an alternative – especially considering it is rarely-to-never requested and lost popularity decades ago.

"We don’t carry margarine," says Director of Operations for Bartolotta Restaurants John Wise. "If guests don’t want butter we provide olive oil. It’s not a request we get often for margarine, perhaps once in a while."

The serving of margarine to students, patients or inmates instead of butter also remains prohibited unless requested by a doctor. Breaking these laws could result in fine and jail time, but again, the laws are almost never enforced.

Wisconsin had another butter ban that ran from 1970 until 2017. The state-wide regulation required all butter sold in Wisconsin to bear a federal grade-mark which meant Wisconsin shoppers couldn't purchase popular Kerrygold butter, which is made in Ireland. 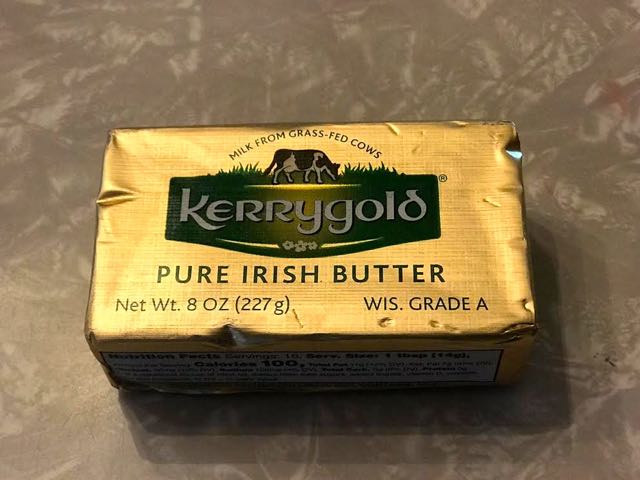 Kerrygold is the second-best selling butter in the United Sates – second only to Land O’Lakes – and has been hailed as having superior taste. It is also thought to be a healthier butter because it’s made with milk from grass-fed cows and it's lower in cholesterol. Plus, Kerrygold is one of the ingredients for "bulletproof coffee," a weight-loss trend that recommends stirring a dollop in morning coffee.

In early 2017, Wisconsin law stated that store owners who sold Kerrygold – or any other butter from outside the state – could face $1,000 in fines or up to six months in prison. But by November of the same year, the ban was lifted after the company agreed to comply with a Wisconsin butter-grading test.

Currently, Wisconsin butter laws are the loosest they’ve been in decades – so might as well spread it while you got it, Milwaukee.