Since its humble beginnings as a 1995 PrideFest tent exhibit, the Project has grown to become the state's largest digital collection of local LGBTQ history, thanks to the devoted volunteer efforts of Don Schwamb.

This article was originally posted on Oct. 27, 2018, but in honor of Pride Month and Pride Week at OnMilwaukee, we've republished it today.

"Pride" was not a concept known to Milwaukee city’s gay and lesbian pioneers.

Homosexuality was illegal in Wisconsin before "homosexual" was even a word.  From 1836 to 1983, gay and lesbian people were technically criminals, and police and court systems took great strides to suppress, penalize and erase them out of existence.  Harassment, entrapment and violence weren’t just a threat; they were nearly a promise. It was technically illegal for bars to serve gay men, and bars could lose their licenses for not discriminating against them. Local media delighted in demonizing anyone arrested in bar raids and park round-ups, listing not only names but home addresses, professions and phone numbers without any consideration of consequences. Religious intolerance only added self-loathing to a raging fire.

Being bombarded with nonstop shame and judgment had an isolating effect, and many gays and lesbians felt they were utterly alone in an unforgiving world.

Although the risks could not have been higher, Milwaukee’s LGBTQ people eventually came together to form one of the strongest subcultures in the Midwest as early as the Prohibition Era. By 1949, the city’s first strip of gay bars had opened in the 400 block of North Plankinton Avenue. By the time of the Stonewall Riots, over three dozen known gay bars – including This Is It, still operating today at 418 W. Wells St. – had already opened in Milwaukee. 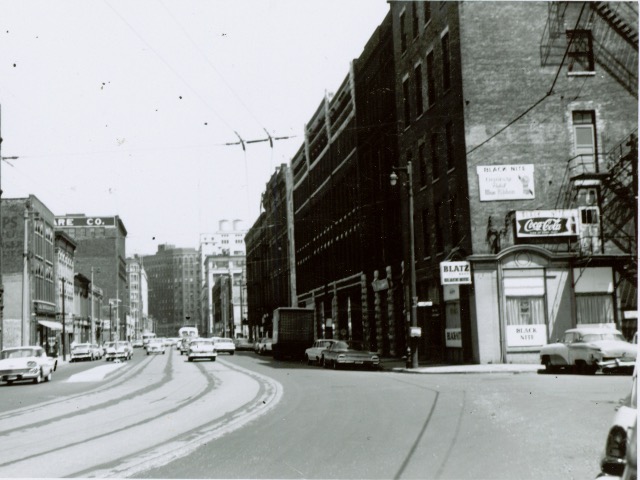 The fact is, we would know nothing about these happenings at all, if not for the Wisconsin LGBTQ History Project, a community education initiative that is near and dear to my heart.

For 23 years, the Project has sought to educate and engage the local community, while continuously researching, documenting and celebrating our shared past.  Since its humble beginnings as a 1995 PrideFest tent exhibit, the Project has grown to become the state’s largest digital collection of local LGBTQ history, thanks to the devoted volunteer efforts of Don Schwamb.

"When I first got involved with the community in the early 1970s, history was mostly an oral tradition," said Don Schwamb, founder and webmaster of the Wisconsin LGBTQ History Project. "Mainstream media had a sometimes tolerant but mostly negative attitude towards gay people. While there were several active organizations, only the Gay People’s Union newsletter really covered the community in a positive light. Later, the 'bar rag' publications filled a void in social reporting, but most locally produced LGBT news media was here today, gone tomorrow.

"I always knew that learning more about our local community was going to take some intense digging. I just didn’t realize how intense it would be. Even in the early 1980s, ours wasn’t just a hidden history. It was a history that was constantly being erased out from under us." 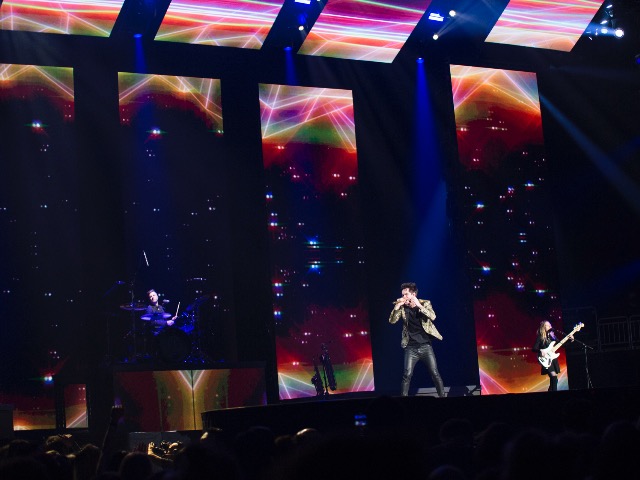 Schwamb was always intrigued by the evolution of the gay bar: from being underground, to being self-identified, to eventually being more open and accepted by society. He was greatly inspired by the PrideFest history exhibit of 1995, produced by a board member and a local writer, which revealed many mid-century LGBTQ meeting spots not widely known or remembered at the time.

"Unfortunately, there was some disagreement, and all the content was later withdrawn by its creators," he said. "We really had to hit the reset button after 1996, as that detailed research hasn’t been accessible to anyone ever since."

Jerry Johnson, longtime champion and sponsor of local history, became involved in producing the annual PrideFest exhibit. In 2003, the "LGBT History Project" was founded to collect biography interviews from influential community leaders. This process led to the development of the history education panels (2’x5’ four-color wall displays) that are still in use by today’s Project.

"Over the next few years, a small core team – consisting of Jerry Johnson, Bill Serpe, Michael Doylen, Max Yela and myself – managed the annual exhibit production," Schwamb said. "This involved creating panels for community organizations, leaders and events, a timeline of notable LGBT events since Stonewall, and decade-by-decade bar maps. I also have to thank all of these gentlemen for their tremendous partnership."

Since 2005, Schwamb has been using exhibit research to build out the History Project website. The site now includes dozens of personal, business and organizational profiles and photos, as well as a digital archive of nearly every LGBTQ publication ever released in Milwaukee, including the national mail-order "gay guides" of the early 1960s. On that note, the History Project does not collect, store or archive material items. All material items (i.e., photos, documents or media) donated to the Project are scanned, and then routed to the LGBT Archives at the UWM Libraries for permanent preservation. 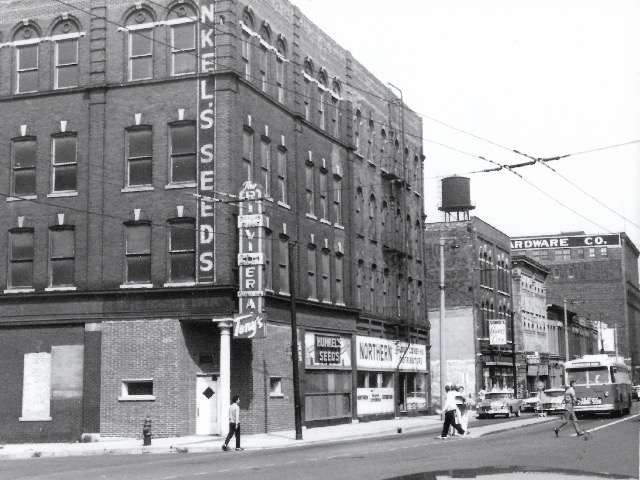 With over 50,000 web pages within its sitemap, the website is both a labor of love – and a full-time job to maintain.

"I couldn’t even begin to estimate the total hours I’ve put into this work over the past three decades" said Schwamb, "but I have considered my time, expenses and investments as just an extension of my myself. It’s one of my primary hobbies, but also a passion. I have always considered it my personal contribution to the community. I have never planned to charge for access, or use this knowledge for monetary gain, as others have done or proposed.

"True, there have been times I wondered if anyone even noticed what I was doing," Don added with a laugh, "but I am always heartened by the occasional, random email from former Milwaukeeans who had stumbled upon the site and wanted to share their recollections with me. Those conversations have proven to be priceless."

Despite decades of relentless research, Schwamb still has a long, long t0-do list.

"We do have some gaps in our collection – around drag pageants, leather community events and other specialty areas – and I’m hopeful someone will come forward with missing pieces to these puzzles," he noted. 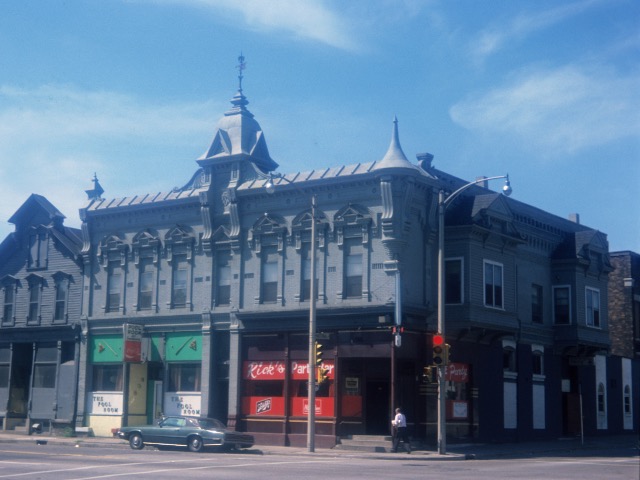 "It’s hard to say what my greatest find has been over the years, but our 2016 collaboration, ‘LGBT Milwaukee,’ is really a source of pride. Producing this book extended the Project’s scope back to the 1920s, something I would never have imagined possible. Our goal was to make LGBT history more visible, accessible and portable for today’s Milwaukee. Both this book, and Dick Wagner’s upcoming book ‘We’ve Been Here All Along,’ will be excellent resources for future generations of researchers.

"My only regret is that we’ve been unable to build a stronger relationship with the University of Wisconsin-Milwaukee LGBT Studies program. I’d really love to involve students in meaningful research projects that would fill gaps in our collective knowledge."

Honoring LGBT History Month and the upcoming Stonewall 50 celebration, Milwaukee Pride has recently taken nonprofit stewardship of the Wisconsin LGBTQ History Project. As a fiscal agent, Milwaukee Pride will provide financial, operational and resource support, while expanding the Project’s reach and impact through strategic programming. One of the first initiatives will be the creation of a new digital experience for the Project website.

"Pride begins with finding your people," said Wes Shaver, president of Milwaukee Pride, Inc. "For decades, the History Project has celebrated the hard-won achievements of local leaders who, against incredible odds, hand-built the community we so effortlessly enjoy today. We are proud to support the Project now and, in the future, to ensure that these inspiring individuals will never be forgotten."

"I’m thrilled to have professional support on hand for the Project," said Schwamb. "As part of the Pride stewardship, Vincent Tripi (director of outreach & education) will provide programming and event support, including the production of the PrideFest History exhibit. Michail Takach (vice president of communications and a longtime contributor) will take on the role of curator." 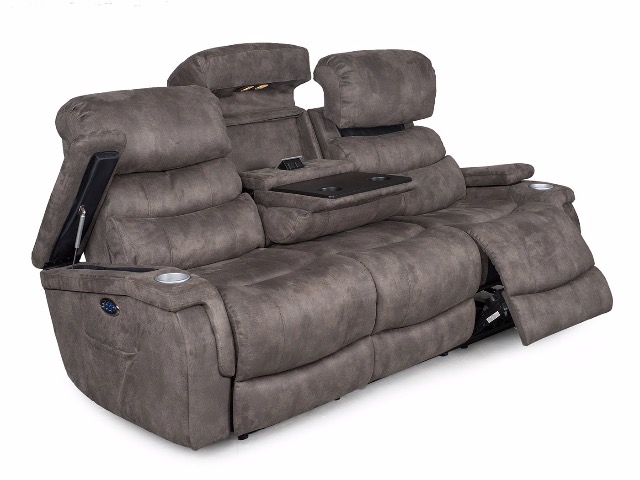 After 23 years, the History Project has returned to its roots. And for the first time in a long time, Schwamb is no longer a one-man show. He’s confident about the opportunities this new relationship creates.

"Milwaukee has one of the most comprehensive digital LGBTQ collections for a geographical area in the country. We are one of a few websites nationwide to create a 100-year LGBTQ historical record within a geographic region. Many communities are just now beginning the historical research that we’ve been doing since 1995. I haven't seen anything comparable to our site, anywhere – and we just continue to grow and grow and grow."

Since 2010, the History of Gay Milwaukee Facebook group (founded and managed by Jamie Taylor) has been triggering new research for the History Project.  Whether it’s debating which hotspot was Milwaukee’s first true "disco," to sharing first-time gay bar experiences, to providing first-hand accounts of how Milwaukee survived the AIDS crisis, to discussing what it meant to be "trans" in less tolerant times, the group continuously creates a collective memory of times past. Schwamb is grateful for the ongoing conversations and connections happening on social media, as well as the new daily discoveries.

"Now that we are an education program of Milwaukee Pride, your donations to the History Project are now tax-deductible," he added. "Your dollars will go farther than you know.

"Every day, we learn more about the history we think we know. Every day, we get another testimonial from someone who was there way back when, another tip about a bar that nobody else remembers, another opportunity to protect memories and experiences from being lost forever. We take this work very, very seriously. We do this so that LGBTQ Milwaukee can live proud of who they are."