We've discovered a slew of interesting tidbits about Supper, Milwaukee's modern supper club, including a story that begins with a funeral, a new bar menu and more. Frankly, you might be surprised by the lot of them.

Have you been to Supper, the nouveau supper club concept that opened last fall  in the Shorecrest at 1962 N. Prospect Ave.?

If you have, you may have tried the throwback oysters Rockefeller, the lazy susan or maybe the Steak Diane. Or maybe you tried a contemporary dish or two like the chile-braised cauliflower steak or the duo of lamb.

But in the past few months, we've discovered a slew of interesting tidbits about Milwaukee's newest and most modern supper club. And you might be surprised by the lot of them. 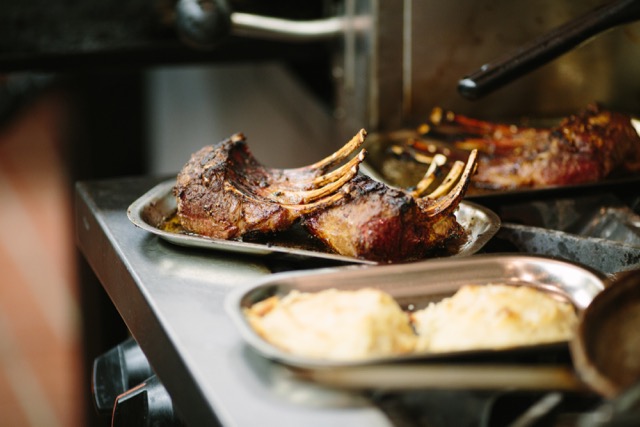 1. It all began with a funeral

The idea for Supper began percolating in owner Gina Gruenewald’s mind over a decade ago. She’s been a fan of classic supper clubs for as long as she can remember, and opening up a new-fangled, modern version in an urban downtown space was something she kept on her bucket list.

But the story of how Supper came to be in its location in the Shorecrest isn’t one she’s shared widely. In fact, it all began with a chance meeting at a funeral in January 2015.

The funeral was for Ilario "Larry" Fazzari, long known as the friendliest face on the front lines of the Calderone Club. And Gruenewald was one of many to attend his funeral. What she didn’t know is that she’d meet someone there who would make her an offer that would change everything.

"Gerry Kastner, who works for Marchese’s Produce, picked me up," she says. "And there was someone sitting in the front seat."

Gruenewald didn’t know it immediately, but the stranger sitting in the passenger seat was a gentleman who’d been a longtime co-owner of the Shorecrest Hotel. By the end of the night, he’d written his number on a piece of paper and told her that he had a space he wanted her to see.

Of course, Gruenewald took him up on his offer. And when she did, she found herself at the Shorecrest.

"I’d never been there," she admits. "But I’d driven past and I was familiar with all the stories."

What she didn’t expect was to be blown away by the space.

"I walked in and he gave me a tour," she says. "I immediately fell in love with the lobby ... I had this sort of movie-esque moment, when I just felt all the energy … People always talk about how there are ghosts there, but I didn’t get any of that. I just felt like somehow I was home. I also knew it would be the perfect place to put the supper club I’d been thinking of for almost 10 years." 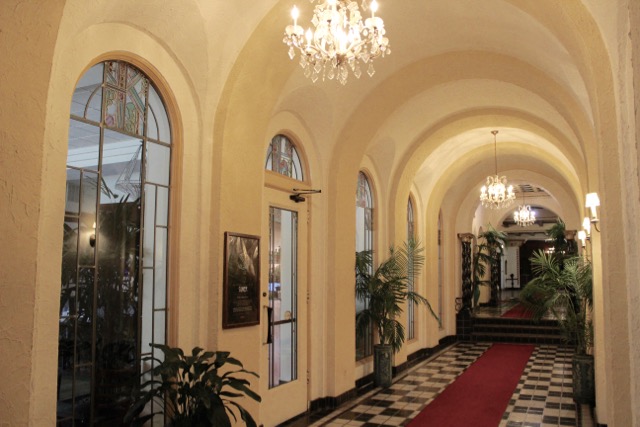 2. Supper isn't meant to be fancy or fussy

Sure, you can show up in a swanky suit, and you’ll fit right in. But wearing jeans won’t make anyone stare.

"The space is a throwback," she goes on. "It’s pretty much like Great Gatsby meets 2016. And I want people to be laughing, enjoying themselves. It should be a casual, fun, social experience." 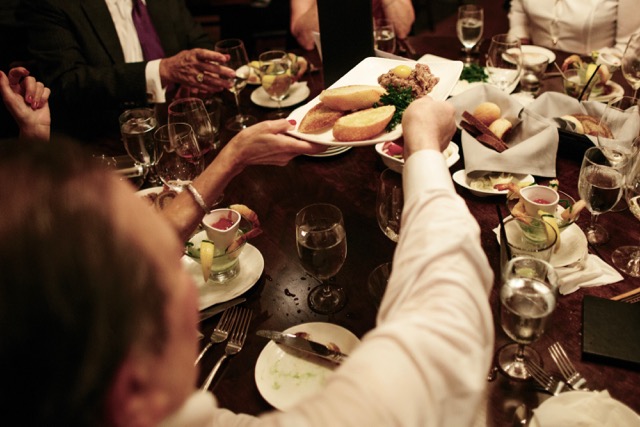 Hop on over to Supper Sunday through Thursday, and you can grab a casual bite at the bar for a fraction of the cost you might expect.

In addition, Sunday through Thursday evenings the entire Supper menu is available for take-out. 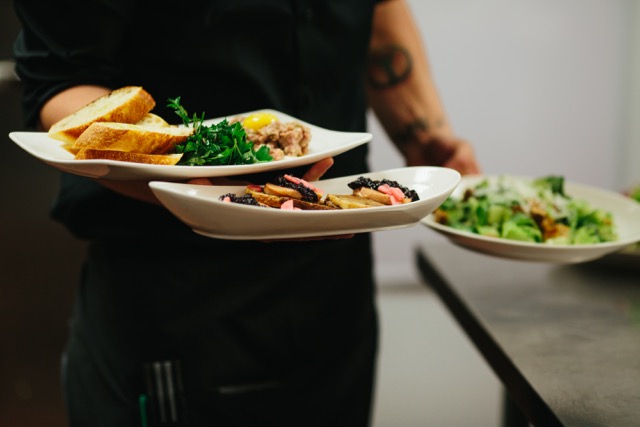 
4. Speaking of the bar, they’ve got a pretty great happy hour

Speaking of ways to get the Supper experience on a more regular basis without breaking the bank, another option is to head over for happy hour. They call it "Cocktail Hour," and it happens Monday through Friday from 3 to 6 p.m.

Drink specials include two-for-one gimlets and old fashioneds ($10-11), $5 pours of wine and half-price taps. Meanwhile, cocktail hour nibbles include $5 croquettes, a dozen wings for $12 (or a half-dozen for $6), PEI mussels for $7 and a full lazy susan – including braunschweiger, smoked trout mousse, caviar, black truffle deviled eggs, marinated olives, pickled and raw vegetable, and seasonal cheese – for just $11 (or pick and choose three items for just $6). 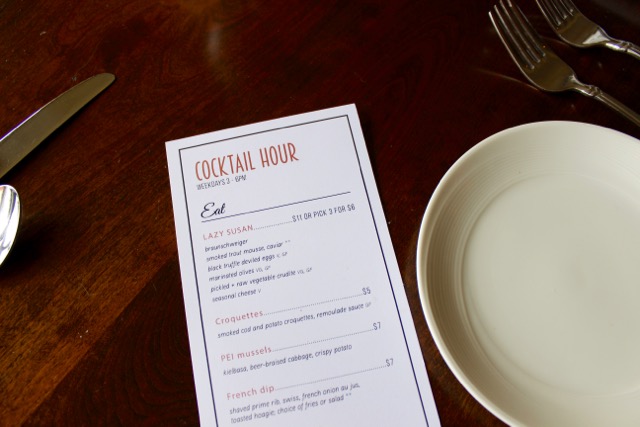 5. You’re not tied to entrees when you dine at Supper

There are a number of ways to keep your dinner bill on the manageable side, and one is to split that gargantuan entree with your dining companion. There's no split plate charge (!) and you won’t be stuffed or need to worry about leftovers.

Gruenewald also suggests folks look beyond the standard entrees. For instance, a bowl of French onion soup and a wedge salad will cost you $15. A bowl of PEI mussels is just $12. And check out the sides menu for more ideas, including chive spaetzle, garlic panisse, fried oysters and roasted mushroom ragu (all under $6). Feeling indulgent? Add king crab legs to your order for $18.

Along similar lines, if you're inclined to share, there are plenty of items on the menu that double as "small plates," including pork belly wrapped shrimp ($15), beef tartare ($12) and fritto misto ($9). 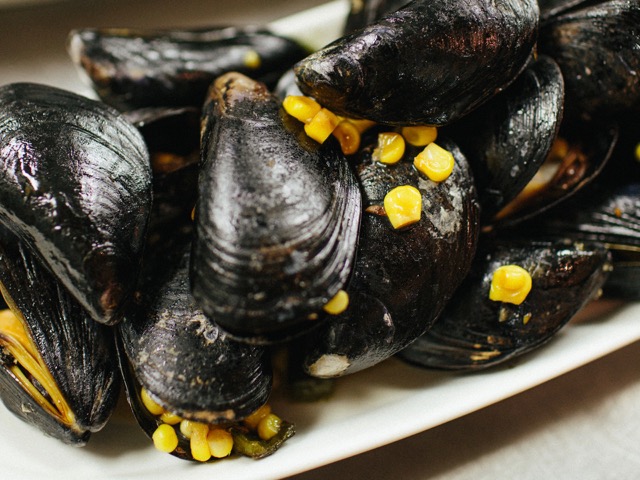 6. They offer up specials, including fish fry and prime rib on weekends

In classic supper club fashion, on Saturday nights you can also get a 14 ounce cut of dry aged prime rib with seasonal sides, bordelaise and horseradish cream sauce for $40.

Like most restaurants, Supper also has a loyalty program called "The Supper Club." For every $300 you spend, you get $30 back. It’s a "can’t lose" situation.

Coming soon (maybe even in time for Mother’s Day), they will also offer a special "Sunday Supper" featuring three courses priced for under $40. Watch the Facebook page for details. 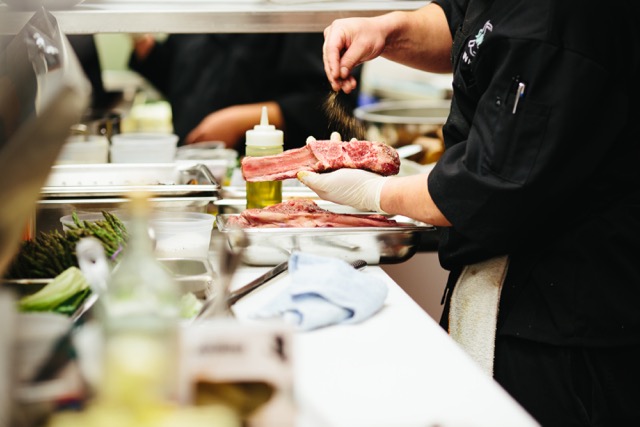