While much of downtown Chicago was felled over the past half-century to make way for gleaming new towers, there's been a trend of converting many Windy City classics into modern hotels. Here are a few of the best of them.

When it comes to architecture, Chicago is the city of big shoulders – a moniker that originally derived from the city’s industrial past, but that applies to the wealth of gorgeous and important surviving buildings from all eras of the city’s history.

While much of downtown Chicago was felled over the past half-century to make way for gleaming new towers, there’s been a trend of converting many Windy City classics into modern hotels.

Here are a few of the best of them (in no particular order) ...

Located in the 1928-29 Burnham Brothers-designed Art Deco Champagne bottle of a building called the Carbide and Carbon Building. The green and gold terra cotta exterior is unique and the lobby is a stunner, with brass elevator doors and Art Deco accents everywhere. The rooms are up-to-date, with classic finishes and views up Michigan Avenue and out west along the Chicago River. Just steps from attractions like Millennium and Grant Parks, State Street shopping, the Art Institute and the Chicago Architecture Center, too. Check out Venteaux restaurant, too, where there's delectable seafood and a great wine list. Fun fact: the top of the building is covered in real 24-karat gold (1/5000th of an inch thick).

The recently rebranded hotel – revamped in 2019 to the tune of $75 million, which included an adjacent new residential tower – steel and glass Le Méridien Essex Chicago began life as a motel in 1961, and was designed by A. Epstein and Sons, which made its name in the Midcentury Modern milieu. Now, all spiffed up, the rooms are sleek yet comfortable and many offer views of Grant Park across the street and Lake Michigan beyond, and the staff eager to please. The iconic sign on the roof makes it easy to find, too. 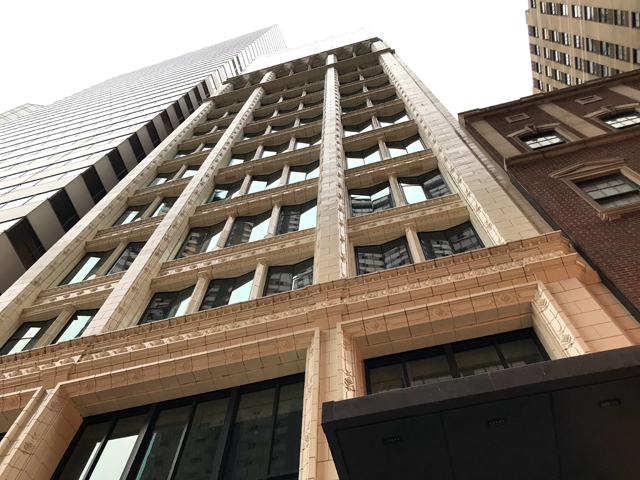 This 218-room boutique hotel – which opened at the end of 2018 – occupies the 1916 former Atlantic Bank Building, designed by Benjamin Marshall, of Marshall & Fox, a firm responsible for drawing other legendary Chicago hotels, like the Blackstone, The Drake and the The Edgewater Beach. The rooms are modern and luxurious – with views over Millennium Park's "bean" (Sir Anish Kapoor's "Cloud Gate") and the city skyline – the staff infectiously friendly. Read more here. 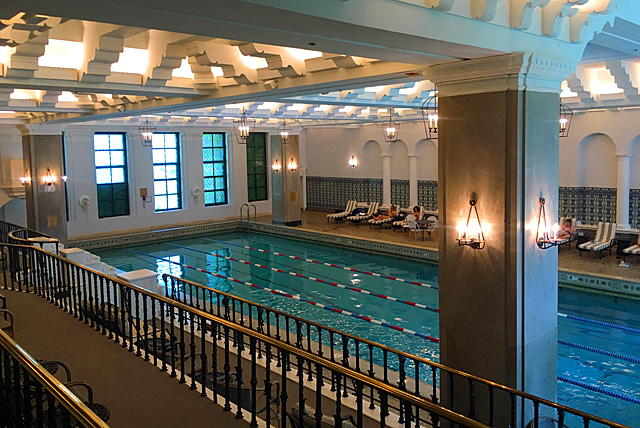 If you’ve been in downtown Chicago at night in the past few years, you’ve likely seen the twinkling dome atop the InterCon on the Magnificent Mile. Built inside the historic Medinah Athletic Club. While you're there, don't miss the 14th-floor pool, which is like something out of a fairy-tale oasis, with elaborate tile work and plenty of places to lounge around. The dip has been dubbed the Johnny Weissmuller Pool because the Olympian and Hollywood star used to train there. There's also a pretty great hotel fitness center attached. Read more here. The hotel's meeting spaces underwent a multi-million-dollar restoration in the summer of 2019. 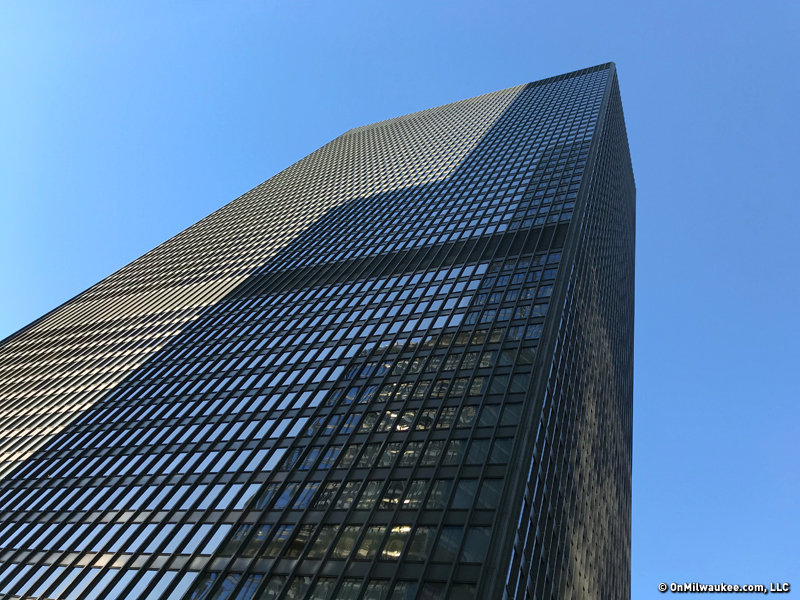 The Langham is located in the 1973 IBM Plaza, one of the most-revered American buildings designed by innovative architect Mies van der Rohe. It’s listed on the National Register of Historic Places for its "distinctive characteristics of the Modern Movement." It is also one of Chicago's finest hotels – it and The Peninsula were recently named to the Top 5 hotels in America – with a great location, comfortable, clean and attractively modern rooms with great views out over the river, as well as stellar family-focused amenities like a pool, a cinema suite and a play suite for kids that includes a nice video game setup. And don’t get me started on the club level. Read more here. 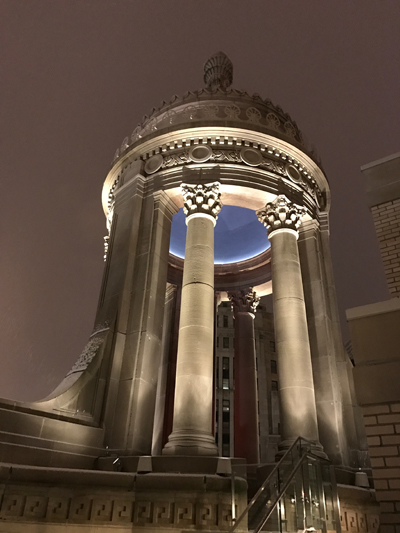 Opened in spring 2016 in the renovated 1923 London Guarantee Building – designed by hometown architect Alfred Alschuler – and a 22-story all-glass addition next door, fans of TV's "Perfect Strangers" will recognize it as the building where Cousin Larry and Balky worked. Outside, the centerpiece is the cupola that caps the building, which can be reserved for special occasions and parties. Inside, the rooms look out over the river and the lobby is definitely the kind of place you’d love to linger with a cocktail. Read more here. 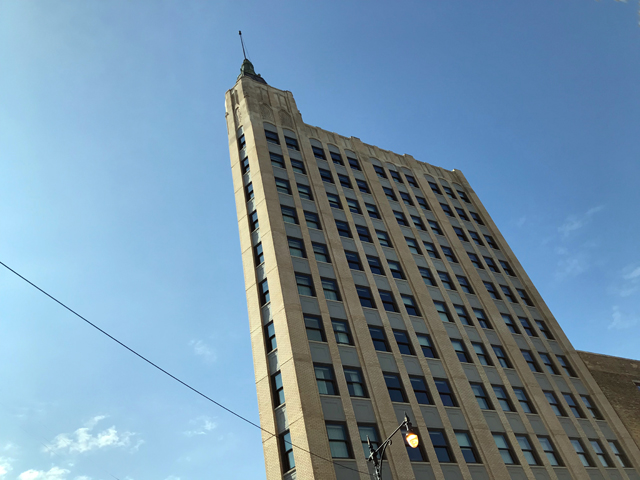 The 12-story, triangular, Art Deco former office building – designed by Chicago's Perkins Chatten & Hammond for the Milnoro Building Corp. in 1928-29 – is the tallest thing in the surrounding Wicker Park and Bucktown neighborhoods, so not only will you never have to worry about finding your way back after you wander the neighborhood, it also offers some amazing views of the downtown skyline, especially from the rooftop bar, but also from many of the rooms. Read more here.