Made in Milwaukee: 88Nine Radio Milwaukee

In late June, massive crowds gathered in Downtown Milwaukee and its surrounding neighborhoods to celebrate the anniversary of an essential Brew City musical establishment, the soundtrack to the city - no, not Summerfest 50, but 88Nine Radio Milwaukee.

In late June, massive crowds gathered in Downtown Milwaukee and its surrounding neighborhoods to celebrate the anniversary of an essential Brew City musical establishment, the soundtrack to the city.

Yes, Summerfest 50 happened too – but in this case, we’re talking about 88Nine Radio Milwaukee and its first-ever block party, paying tribute to a decade over the airwaves.

"I think everyone involved with the station was a bit overwhelmed by the outpouring of people who came to the event and the diversity of the folks that showed up to help us celebrate," said 88Nine co-founder and spokesperson Jeff Bentoff.

"It’s been amazing," added Glenn Kleiman, 88Nine's executive director. "To learn about the early days and how it started and the fact that people had this dream and now it’s actually come true is amazing. We had this family reunion where we had the founders talk about that, and there was one line someone said, that this was impossible – and this just shows you that impossible can be made possible." 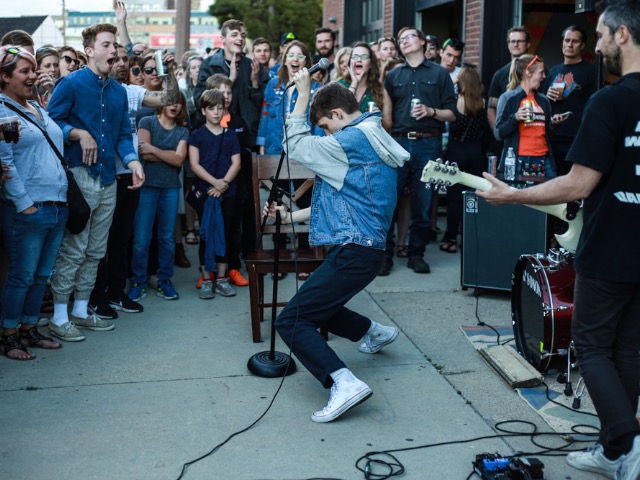 The local radio station has certainly come a long way since its origins, prepping and eventually broadcasting for the first time a decade ago from the basement of the MPS administration building on West Vliet Street, opening up with a starting block including Michael Franti & Spearhead’s "Everyone Deserves Music," Grandmaster Flash’s "The Message" and "Waitin’ On the World to Change" by John Mayer.

Though the actual frequency’s history hails all the way back to 1973, when MPS created WYMS – its call letters standing for "Your Milwaukee Schools" – as a district radio station, 88Nine as we now know it began around 2002, when the district switched the programming to syndicated jazz and began the search for an operator to run the station for them. Enter Bentoff, philanthropist Peter Buffett, business consultant/start-up expert Todd Broadie, Milwaukee music mainstay Joe Puerta and their non-profit creation, Radio For Milwaukee.

In 2003, MPS agreed to hand the frequency’s operation over to Radio For Milwaukee at the station (the district is still represented as the frequency’s license holder through the broadcasting of weekly board meetings) and after several years of preparation, 88Nine hit the airwaves in February of 2007 with a few full-time and part-time DJs – as well as a few predictable road bumps. After all, as Bentoff noted, none of the original organizers had any radio experience before firing up the station.

"We were trying to figure it out and get our feet underneath us at the beginning," said Jordan Lee, who arrived at 88Nine in year two of the station. "Honestly, it was kind of hard to listen to sometimes – and when I got here, it was still not quite figured out yet. On a musical perspective, we were trying to do something very new in the non-commercial radio format, to do a programmed radio station that played a wide variety of genres. So that was hard at first to figure out. Then, the second side of it was to be hyper-focused on Milwaukee and do that well, and that was also difficult for a lot of the early program directors to figure out because a lot of the early program directors weren’t Milwaukeeans.

And 88Nine definitely caught a wind and got off ground, eventually building a beloved roster of programs both music-focused and community-focused, building an identity and building its credibility in the Milwaukee music scene – so much so that the MPS basement (and its headquarters, then cumbersomely located across the street in a different building from the actual studio) would no longer cut it. Especially, Bentoff noted, when the station was bringing in bands to play live, vibrating into the school district's offices above – never optimal.

So, in 2013 – with the guidance of the late former executive director Mary Louise Mussoline – it was off to Walker’s Point at 220 E. Pittsburgh Ave., where it can still be found, broadcasting live, crafting unique content, hosting concerts and parties (without pestering MPS officials anymore) and even helping the environment with a gorgeous green roof space. 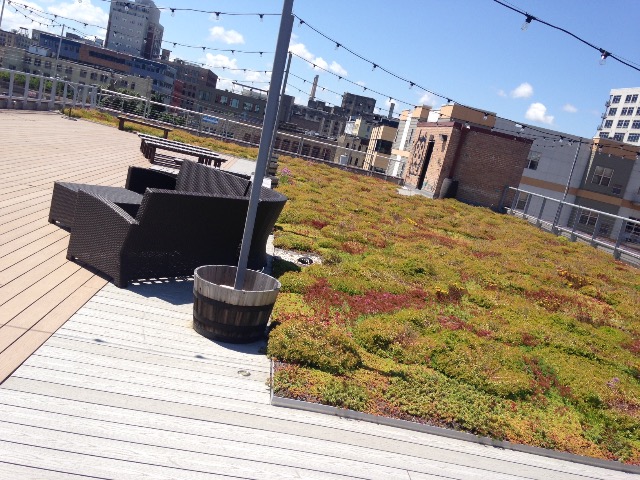 More has changed since that major move as well, but much has also stayed the same. MPS, for instance, is still the frequency license owner, which is why you still hear its weekly board meetings over the air. And, most importantly, its original mission has stayed the same: bringing people together with music.

"We came out of this vision that Peter Buffett had to use music to unify a very segregated community – and especially on the local music scene, I’m very proud of the diversity of allies that we have in this city," Lee said. "We’ve got rappers on the North Side and rock bands from Bay View and Latin bands from the South Side that all feel connected to our station – and that’s what we’re here for."

Everything 88Nine’s done recently furthers that goal, from the events and shows it hosts at its own in-house performance space – hosting, for instance, indie folk band Dawes next week before its Pabst Theater performance Tuesday night – to its recently created, exclusively local HD2 channel and online stream, 414music.fm. The station’s also improved and amplified its website, complete with an increased focus on podcasts, video and other ways to share Milwaukee’s interesting stories and support important local causes.

"We’re becoming more of a media platform than just a radio station," said 88Nine Radio Milwaukee digital director and longtime on-air DJ Tarik Moody. "Taking what we do on the air and bringing it out into the physical world is probably the biggest thing of growth I’ve seen at 88Nine."

And they plan to continue that growth even more, investing more into the Milwaukee music scene spending another decade providing the sound of Brew City.

"It’s hard to see that far into the future – especially, I’ve learned, with technology it’s hard to know where things are going to be," said Kleiman. "We’ll continue to try to make Milwaukee more engaged and inclusive, and bring diverse audiences together. Radio is still our main product; music and community stories are at the center of what we do. What’s changed and what will change is how we deliver it. Radio over the air is still relevant, but obviously things are changing."

"For me, the future is about Radio Milwaukee making some measureable cultural impact," Lee noted. "We say we want to see people get together through music; we feel like we anecdotally see that happen a lot more. But my hope for the future is there’s more social and economic impact that’s positive. I have so many peers who work in the music industry that had to leave this market to succeed – and I hope that Radio Milwaukee sets the beginning of hopefully a trend and a way for us to take a cue from cities like Austin or Seattle, to say supporting creative economy and a music economy in this city is good business for everybody."

"The station team – the people who work there, the volunteers, the board members and supporters – are all very committed to the station’s mission: promote Milwaukee, promote inclusion and promote Milwaukee music," Bentoff said. "Ten years from today, we’ll have many more new things to celebrate. The work is beginning now, and we’ll see the results of that over the next decade." 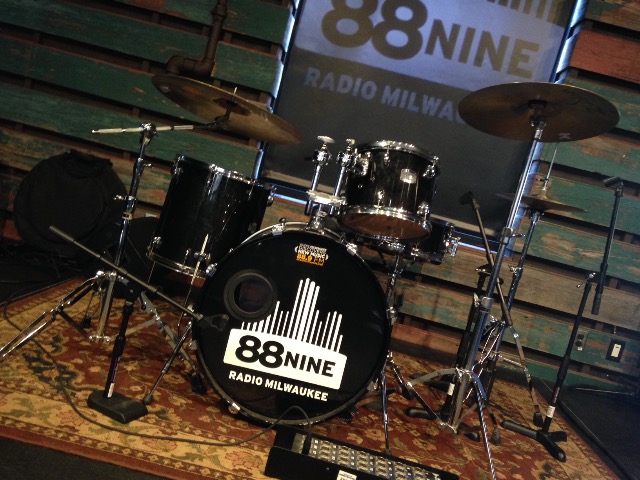