Anyone who has walked through the doors of Turner Hall, 1038 N. 4th St., for a concert or event has seen Al Godshaw, who has been the house manager since the venue opened in 2007.

Anyone who has walked through the doors of Turner Hall, 1038 N. 4th St., for a concert or event has seen Al Godshaw, who has been the house manager since the venue opened in 2007.

Godshaw’s position requires him, among other duties, to greet guests on the landing in a jacket and a tie – his Mickey Mouse and Marilyn Monroe ties are two of his favorites. He usually has a bucket of pretzel rods with him and often serves up a joke that’s related to the band. Last week, for example, British electronic band Hot Chip was in the house and Godshaw pointed to the stairway on his right and said, "Hot chips take this stairway, medium chips take that one," pointing to the stairway on his left.

"It passes the time," he says.

Godshaw grew up on 50th Street and Capitol Drive in a home that his father, who was a city bus driver, built in 1951. Godshaw attended Marshall High School and graduated in 1965. He later obtained a bachelors in education from the University of Wisconsin-Milwaukee and a master’s degree from Marquette University.

During high school, Godshaw discovered his love for live theater which eventually led him to his position as house manager. Before Turner opened, Godshaw was an usher at The Pabst Theater and became friends with The Pabst's house manager, Tom DuBuque.

DuBuque passed away in 2011 during a driving accident while on vacation in South Africa. He was a dentist by day and for more than 40 years spent his evenings managing the Pabst.

"Tom was my mentor. He had a tremendous influence on me in terms of theater," says Godshaw. "I miss that guy."

Although a dedicated patron of numerous local theaters, Godshaw performed in a play only one time in his life. "I wrote a play for MPS," he says. "And I was the witch."

Not surprisingly, Godshaw loves music – particularly world music – and is able to watch every concert at Turner from the back of the venue after the opening act leaves the stage. His favorite concert, so far, was by Los Angeles folk-rock group Dawes. Pink Martini, Rhiannon Giddens – backed by the Carolina Chocolate Drops – and the recent Puddles Pity Party also stick out in his memory as stellar shows.

"That’s the beauty of my job: I get to see stuff that’s absolutely breathtaking as well as stuff that might make me vomit," he says.

"He was the first person to tell me about Mumford and Sons, well before they got massively popular," says Andy Nelson, who handles public relations for The Pabst, Riverside and Turner Hall. "We booked them and it was the biggest show we’ve ever done."

Godshaw also enjoys chatting with musicians backstage. "They always tell me about the ratholes they’ve played in and how well treated they are here," he says. "I work for an organization that’s top notch, classy. Bands want to play for us, they want to come here." 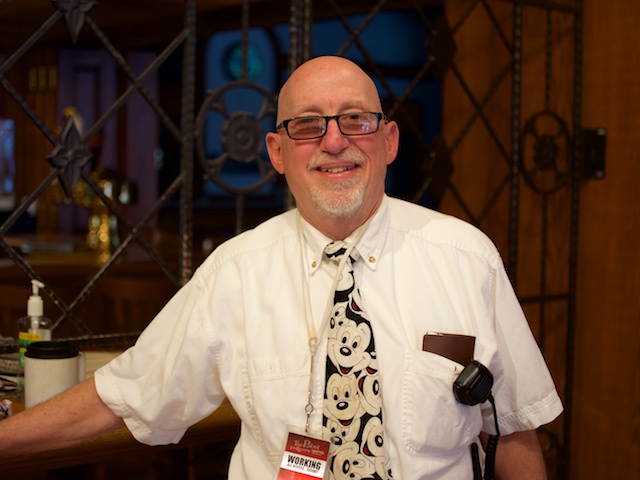 As the house manager, Godshaw must stay at the venue until the last guest leaves. Sometimes, after special events, he is the last person to exit the building. One time, while checking for stragglers in the booths of the Turner Hall restaurant, Godshaw says he saw a ghost.

"He was sitting in a Civil War uniform in one of the booths," he says. "I don’t tell this to many people. I know I sound crazy. And I wasn’t drunk, because I never drink on the job."

"I closed the place. I was there the last day. It was a potpourri of people – doctors, factory workers, hookers, Art Kumbalek," he says. "I drank these tall Heinekens I’d get for $2, sometimes smoke a cigar."

Godshaw also has a very health-conscious side and swims every day at Marquette. At one time, he was a marathon runner, but in 1991 he was hit by a driver while riding his motorcycle and seriously injured. He never rode a motorcycle nor ran a marathon again.

Godshaw, who lives in a secluded cottage house in Glendale on the bank of the Milwaukee River, travels to a beach town in Mexico – where he owns a second home – for three weeks every December.

"This is not a resort. There are a few gringos who live down there, but it’s mostly Mexicans," he says.

Years ago, Godshaw, who never married or had children, was engaged to a woman he met in Mexico. She moved to Milwaukee to be with him, but didn’t like the city and returned to Central America.

Godshaw says he would like to see Turner Hall restored during his time there (it experienced fires in 1933 and 1941 and is only partially renovated), particularly the ceiling, but he has no plan to retire any time soon. 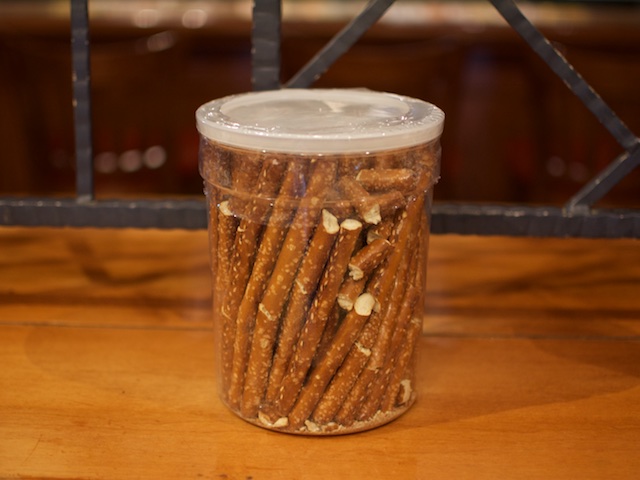