I hunted down an Arby's venison sandwich, ate it and now regret it

Last fall, in its quest to live up to Ving Rhames' beefy boast that WE HAVE THE MEATS, the fast food restaurant introduced a venison sandwich to the public. Today, it was brought back to all Arby's locations - so, of course, we had to try it.

It was a gorgeous day for a hunt – to go out into nature, surround myself with the autumnal beauty of the Midwestern woods before taking my place as an apex predator on the top of the animal kingdom, using careful skill and prowess to find and shoot a deer, and then feast on the butchered fruits of my labor, filling myself with sustenance, a sense of accomplishment and a primal connection with the wild and humanity’s early ancestors.

But instead, I stopped by an Arby’s drive-thru and ordered one of their venison sandwiches with a large Dr. Pepper. Truly I felt dominion over God’s great creation. 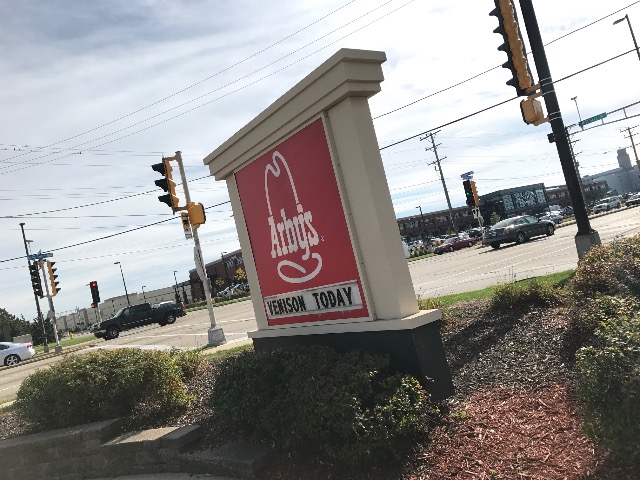 Last fall, in its quest to live up to Ving Rhames’ beefy boast that WE HAVE THE MEATS, the fast food restaurant introduced a venison sandwich – a slab of deer steak topped with crispy onions and a juniper berry sauce – to a test-sample 17 locations in five particularly hunt-happy states. The meal (somehow not called the Bambi Burger) was a hit, reportedly selling out at several locations within hours, so a year later, Arby’s brought the deer dish back – this time at all of its restaurants. The only catch? It’s only available today, Saturday, Oct. 21.

So, around noon, I wheeled into a fairly quiet Arby’s drive-thru and ordered a venison sandwich meal, complete with a large drink and that all-important garnish for any respectable deer dish: curly fries.

After scarfing down a few of those salty spirals, I popped open the box for the main event and found myself face-to-face with an image somehow sadder than Bambi’s mom dying. The venison meat itself was a pallid grey burger – a distant far cry from the perfectly pink deer steak in the press photos. But whatever; if I cared that much about food presentation, I wouldn’t be eating a venison burger from the drive-thru home of the Meat Mountain. 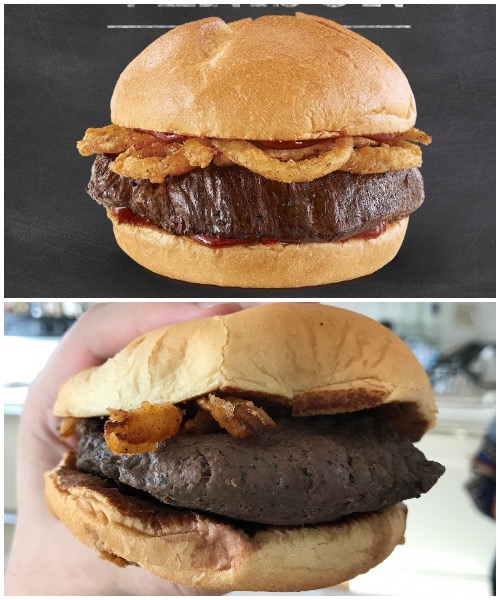 However, the venison sandwich’s texture unfortunately tastes about as good as it looks. My first bite into the misshapen meat lump was mushy and mealy – chewy and moist not in a good way but in a "did somebody already gnaw on this and then put it between two buns?" way. And that’s not even including the unappealing vein of translucent gummy fat that treated me inside that initial bite.

Things got a little better for the venison when noshed with the rest of the toppings. The crispy onions were a little soggy, but still gave the sandwich at least a semblance of a textured crunch to fend off the meat’s mushiness, while the juniper berry sauce brought a nice tartness to the table. Sure, it was probably just tangy barbecue sauce, but the flavor was pleasant and played well with the mild, slightly garlicy gaminess of the meat. They all teamed up to make a sandwich I was technically able to finish – though I wasn’t happy about the experience at all.

So, naturally, I tried a second one.

I had originally bought a second sandwich for my girlfriend – more of a venison aficionado than yours truly – to try for herself. After one unimpressed bite, however, her sandwich quickly became my sandwich. Perfect, I thought; I could try another one to make sure my burger wasn’t just one fluky go-around. After one big bite into the heart of the sandwich resulted in a grossly fatty, chewy and sinewy chunk of gristly venison my teeth had to tug and tear away with a gag like Leonardo DiCaprio eating raw bison liver in "The Revenant," however, my sandwich quickly became the garbage’s sandwich.

Here’s to Arby’s new elk sandwich – currently testing the waters with its own limited-time, one-day-only rollout in Colorado, Wyoming and Montana – faring better.

And if not, well, the curly fries are always good.