In each of Bo Ryan's 14 seasons, the Badgers finished in the top four of the Big Ten and made the NCAA tournament. Ryan's tenure is over and this Wisconsin offense is different, so how does it keep the streaks going?

Under Bo Ryan, the Wisconsin men’s basketball team finished in the top four of the Big Ten and made the NCAA tournament in each of his tenure's 14 seasons, impressive accomplishments that signified the consistently elite level to which Ryan had lifted the program.

That tenure is now over, and the program has a new leader, of course, as Ryan announced his sudden retirement two weeks ago, handing the team off to longtime assistant – and his hopeful replacement – Greg Gard, who is officially the interim coach trying to prove himself this year.

The Badgers are coming off unprecedented back-to-back Final Four appearances, but an exodus of veteran talent after last season, including two first-round NBA draft picks, and a shifting team identity – even more so after the head coach stepped down – means Gard hasn’t inherited a squad as traditionally strong as fans have come to expect.

They're currently 8-5 with four non-conference home losses, including to Western Illinois and Milwaukee, as Big Ten play now begins.

There’s Nigel Hayes, Bronson Koenig and a lot of question marks, including a big one on Gard. In his first and, so far, only game as the main man, the Badgers were a best-of-times, worst-of-times story against Green Bay, squandering nearly all of a 30-point lead before ultimately prevailing in a five-point win.

If the Badgers are to preserve and extend Ryan’s two tenure-long signature streaks – a top-four finish in the conference standings and an NCAA tourney appearance in a 15th straight season – they’re going to have to be the best version of themselves and surprise a lot of people. This was a team that, even prior to Ryan’s retirement, was predicted to finish outside the Big Ten’s top four by many media outlets – and that was also before the five early losses.

The defense is mostly doing what it always does, playing soundly and allowing 65.0 points a game, which ranks tied for 57th in the country. On the other end, though, it’s been an exercise in exasperation, as Wisconsin ranks 235th nationally in scoring (70.5) and 116th in offensive efficiency (1.039 points per possession), the latter a statistic on which Ryan prided his program.

Is it possible to boost the offense? Absolutely. But the Badgers will have to revisit some of the old trademarks that made them successful earlier in the Ryan era, before he’d built a nationally respected program that attracted premium talent, and they’ll also need to do some things very differently.

We’re not going to sit here and say things like "Wisconsin needs to reestablish its home-court advantage" and "staying healthy is key," because besides being self-evident, that stuff is also pretty arbitrary. But with their Big Ten season beginning Tuesday at home against Purdue, here are five controllable things the Badgers can and should do on offense to try to achieve the goals they annually have – despite what’s started out already as an adverse season. 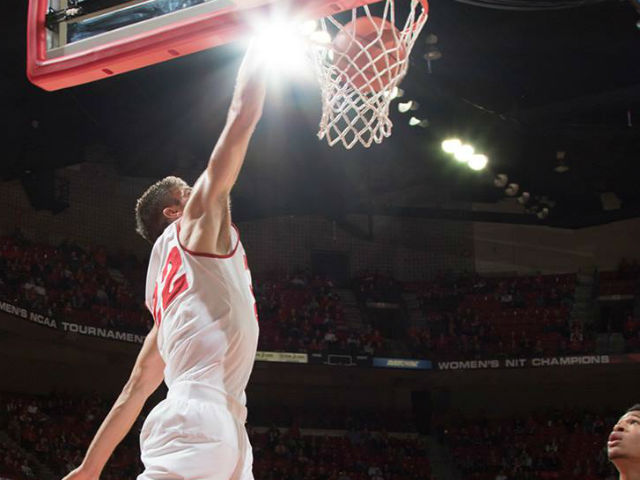 The redshirt freshman has a big body (listed at 6-foot-9, 230 pounds) and good strength. He’s shown that, despite a creaky-looking and unreliable jump shot, he’s got nice touch and can score inside. One of the Badgers’ most efficient players, Happ is averaging 11.5 points in 28.2 minutes. But he’s only attempting a little more than eight shots per game, which isn’t enough given his 54.3 percent shooting. Lead bananas Hayes (12.6) and Koenig (12.4) take several more a night, and that’s understandable, but jump-shooting forward Vitto Brown (10.5) and his 39.4 percent shooting are robbing Happ and the Badgers' offense of better opportunities.

Happ, who seems to be still growing into his body, isn’t terribly agile and his footwork needs a lot of work, but those are attributes on which he can easily improve in and outside of practice. Wisconsin’s offense doesn’t typically beget first or second looks for the big man down low, but Happ’s shown an ability to be a difference-maker on offense and a much-needed bailout option when the swing stalls. He should get more chances.

2. Get back in the swing of things

And speaking of that infamous Wisconsin offense – the monotonous pin-and-cut system oft-derided as boring – where has it been? Previously, with the likes of Frank Kaminsky and Sam Dekker (and others) on the court, Ryan’s recent Badgers inched away a bit from the swing, as talented creators and shot-makers made it less imperative to run a strict scheme. Even earlier this season, Ryan’s offense was still much more free-flowing than previous iterations.

But now, with only two proven scorers and young or bit players getting major minutes, Wisconsin should fully dive back into the swing. Gard used it extensively against Green Bay and, for two-thirds of the game, it was very effective, with Hayes saying afterward the spacing was much better. Besides opening up the floor for Hayes and Koenig, the swing is a loosely regimented system that tends to help inexperienced players make easier decisions, stay out of each other’s way and commit fewer turnovers. A good ol', slow-it-down, grind-it-out, deliberate, low-mistake, high-efficiency offense is just what this Wisconsin team needs as it figures itself out.

In the 2010-11 and 2011-12 seasons, the Badgers really only had one dependable, offensive-minded guard (Ben Brust, Traevon Jackson and Josh Gasser were on the roster, but all were unestablished underclassmen), and that was Jordan Taylor. The point guard scored, ran the offense, defended well and set back-to-back program records for minutes played. He was Wisconsin’s alpha dog, and he had little help.

This year, there’s Koenig at point guard and not much else. Little-used sophomore Jordan Hill played well against Green Bay (10 points and four assists in 22 minutes), but those were his first collegiate points and assists, and the competition level in the Big Ten is much higher. The playmaking load will be on the shoulders of Koenig, who’s second on the team and 45th in the country in minutes per game (35.2). That role might have to increase, since Koenig is low-turnover (1.9 per game) and comparatively sure-shooting (37.3 percentage on 3-pointers, tops on the team among players with more than five attempts), and the Badgers have almost no depth behind him. 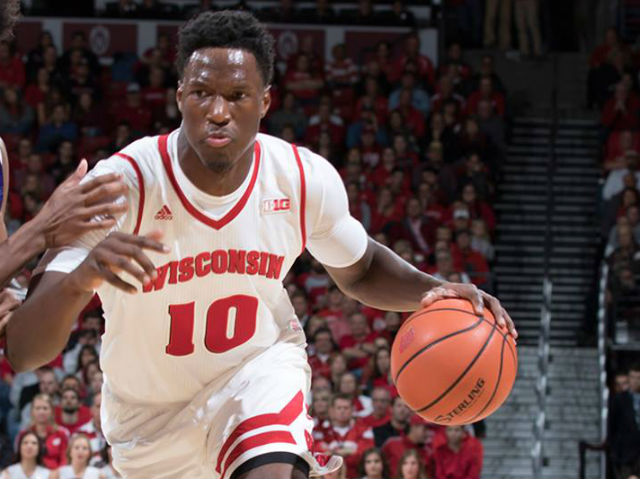 On the contrary, Wisconsin has to find a way to reduce Hayes’ minutes and offensive responsibility. Throughout the nonconference season, he was distributing eagerly (4.2 assists per game), smartly getting others involved as defenses keyed in on him. But empirically, there were games – Georgetown and Marquette come to mind – when he just looked exhausted, and statistically it'd be hard to imagine he's not.

Already, Hayes (whose 36.3 minutes per game are tied for 21st in the nation) has played the entire game three times and 44 minutes against Syracuse. And for the most part, he’s been brilliant. But the Badgers, who have lost by two points or less in three of their five defeats, desperately need a refreshed and raring Hayes at the end of games to be their go-to guy. Hopefully, with more rest and better results, Hayes will return to the smiling, sesquipedalian scorer everyone loves.

It wasn’t a huge surprise to see Green Bay press Wisconsin so much last week, but it was immensely startling how successful it was. The Phoenix’s full-court press nearly led to the upset and exposed the Badgers as woefully unpracticed in and unprepared for the strategy.

Most Big Ten teams don’t press much – it’s largely a tactic of mid-majors and underdogs looking for an unconventional edge – but every conference foe who watched the film of the Green Bay game surely would be licking its chops at an aggressive defensive option with which to harass the usually disciplined Badgers. Of course, it was only Game 1 of the Gard Era, so the playbook and preparation get a temporary pass. Still, Wisconsin, which really only has one trusted ball-handler, must intensively practice press breaks to the point they’re programmed and automatic in their response.