There are some great stories behind the naming of the restaurants at the Mayfair Collection. In fact, the name for El Jefe could have been Wauwataco. But, you wouldn't know that from just reading the sign.

A sign at the construction site for the new trio of Bartolotta’s managed restaurants at the Mayfair Collection reveals the names of the three new restaurant concepts: ABV Social (the name for the pub tavern), Cafe Grace (for the French cafe) and El Jefe (for the tacqueria).

But there’s a story behind each of the names which the sign doesn’t reveal.

"The hardest thing about opening a restaurant is the naming of it," notes Joe Bartolotta. "To me, it’s about finding something that fits the concept, that’s unique … there’s so much that goes into a name. Take the Iron Horse Hotel – that’s a great name. It evokes a question."

In fact, there’s a story behind the name of every restaurant in town, including each of the Bartolotta’s monikers.

And Joey Gerard’s, the Bartolotta supper club concept, was inspired by the name Bartolotta’s mother invoked when he’d caused any sort of mischief.

"Every kid that’s in trouble … the parents invoke the middle name," says Bartolotta. "For me, it was ‘Joey Gerard, what did you do?’"

But, for months, the names for the three Mayfair Collection concepts have been elusive. 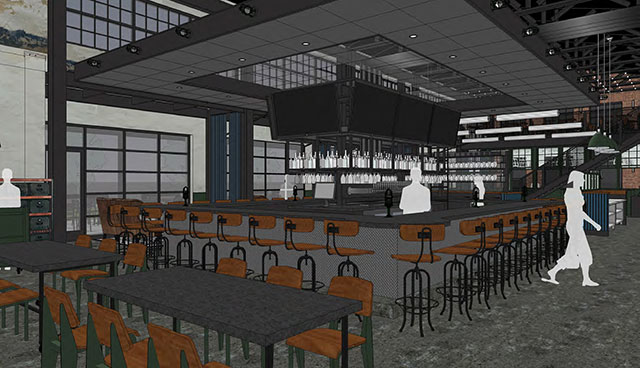 ABV Social, the concept once referred to simply as "The Tavern," is likely to be the first of the trio of restaurants to open, says Bartolotta. So the pressure was on to come up with a name so that the concept could move forward with a cohesive brand.

But Bartolotta says the name was tough. "It’s not a bar. And it’s not really a tavern," he says. "The concept is built around the idea of a big old classic warehouse, a great gathering place with great food."

Initially, the Bartolotta’s team thought they might call it "Punch Clock," emblematic of the blue collar workers who’ve clocked their time at similar warehouse spaces for centuries. And, for a moment, Bartolotta thought they might name it "Burley," an idea that came from the way Siri pronounces the name of its Burleigh Street location.

But, in the end, Bartolotta says ABV Social – which summons the notion of the beer descriptor "alcohol by volume" – captured more of the spirit of the restaurant and bar.

"If you’re a beer aficionado, you look at the ABV," he says. "And the higher the number, the more likely you are to get a buzz. And the term ‘social’ brings the concepts together. It’s a gathering place with great beverages."

Bartolotta says there will also be Sunday brunch and chicken wings – including "an Italian version with lemon, olive oil, rosemary and garlic that will blow your socks off." 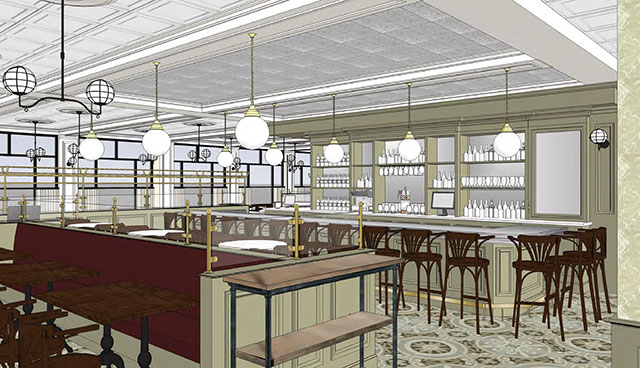 The name for the French cafe came about as a result of the partnerships involved in bringing the new restaurants to life.

"It’s the name of John Mangel's daughter," says Bartolotta. "We had a bunch of new names picked out that may have worked … but, you know, I guess I just got sentimental one day and I said to John, ‘Naming it after your daughter, that would be a cool thing to do.’ When he went home and asked her what she thought, she was just thrilled. So, that’s how it ended up."

But Bartolotta says the name is fitting.

Cafe Grace, he notes, won’t just be another little Lake Park Bistro. It will emulate the quality folks would expect from a restaurant of that caliber, but the menu items overall will be unique.

Cafe Grace, expected to open in June, will be the most upscale of the three concepts and will be open for lunch, dinner and Sunday brunch. 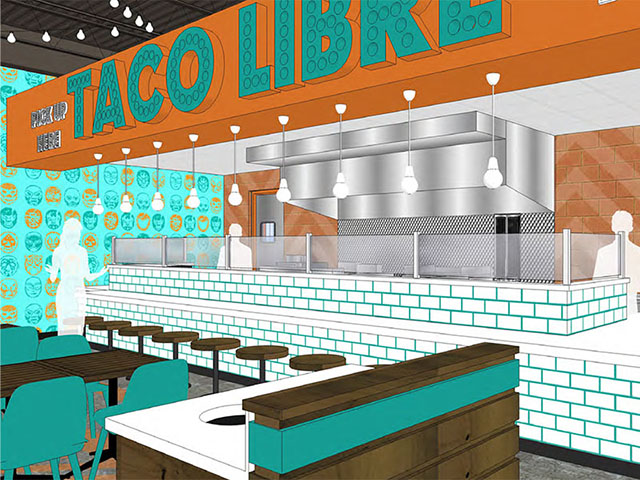 Names came and went for the tacqeria concept. For a while, Bartolotta says, it was going to be "Tic Tac Taco," and for a time "Wauwataco" was on the table.

But El Jefe, Spanish for "the boss," became the crowd favorite.

"I like it," Bartolotta says. "It has a ring to it. And it’s a bit more serious than some of the other names we’ve picked out."

And the name is appropriate. After all, when it comes to tacos, El Jefe aims to offer up spectacular, chef-inspired tacos with creative fillings that can’t be found anywhere else in the city. There will also be housemade tortillas that are grilled to order. And Bartolotta says there will be traditional el pastor tacos, made with a classic vertical rotisserie.

The concept, which is now found all over Mexico, is a legacy left by Lebanese natives who brought the vertical broilers to Mexico to cook lamb during a wave of immigration in the mid-20th century. In turn, Mexican taco purveyors adapted the equipment to fit their cuisine.

"There may be a grilled octopus taco," says Bartolotta. "And we’re looking at putting mushrooms, brussels sprouts and kale in a taco."

Margaritas – batched and served from a machine – will be available for order either blended or on the rocks. There will be tequila shots. And agua fresca. And plenty of Mexican Coca-Cola.

Conceptually, the restaurant has evolved over the past few months, says Bartolotta. Brand elements, including the color scheme of turquoise and orange, will still be part of the restaurant. But, the idea of featuring lucha libre masks with a wrestling theme has been pushed to the wayside.

"It’s less of a themed restaurant now," says Bartolotta. "And the concept is focused on really high quality tacos."

Read more about each of the Mayfair Collection concepts in our Sneak Peek series.

French cafe: A sneak peek at Bartolotta's restaurants at the Mayfair Collection