Last year, it was Atlas BBQ smoked not only its tasty meats, but the rest of the competition in the best barbecue category. Would the Grafton-based barbecue joint pull it off for a second year? Or would it be another restaurant's turn to grill its competitors?

Last year, it was Atlas BBQ doing the grilling in the best barbecue category, scoring almost double the votes of the second place finisher, Smoke Shack. 2016 is a new year, however, and this time around, it was fittingly Smoke Shack smoking the competition, taking its turn dominating the voting by almost double its closest opponent, Speed Queen.

Speaking of those other competitors, while Smoke Shack had first place locked down pretty easily, the race for the other top five spots was neck-and-neck. Speed Queen scored second place over newcomer Iron Grate BBQ Co., but by less than 10 votes. Saucy Milwaukee staple Saz's and Southern comfort cuisine king Maxie's were hot on their trail as well, finishing less than 50 votes back.

Lori Fredrich's pick: Iron Grate BBQ Co.
Last year, I lamented the fact that Milwaukee simply was not a barbecue town. But much to my surprise, 2016 brought some new players onto the scene who have consistently impressed me with their offerings. One is Iron Grate BBQ. The art of smoking meats is no small feat, but Chef Aaron Patin has proven that a dedication to the craft makes a mighty fine brisket. He’s also pulled Milwaukee out of its barbecue-less rut by introducing the Milwaukee rib, a deliciously succulent piece of meat we can now proudly call our own.

This year we also asked a variety of prominent Milwaukeeans to weigh in on their pick for specific categories. For this category, we consulted Wauwatosa Alderman Bobby Pantuso. 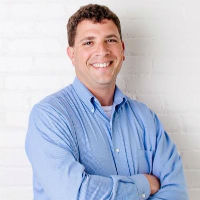 I am a barbecue aficionado and one of the founders of Q and Brew, a barbecue (and now homebrew) competition, as well as the East Tosa BBQ Appreciation Society. When I'd rather just eat barbecue, however, rather than make it, I love Smoke Shack. I can't tell you how thrilled I am that they are opening a Tosa location.

Their 'cue is very crave-able – so much so that when my wife was pregnant with our fourth son two years ago, I had to stop what I was doing to bring her Smoke Shack takeout while she was at work!