Paul Bialas became an author when he published hardcover photography books featuring the former Pabst and Schlitz Breweries. Now, Bialas turns his lens toward Miller Brewery. We caught up with him to ask him about the new book and how it came to be.

Milwaukee photographer Paul Bialas became an author when he published his first weighty hardcover photography book featuring the former Pabst Brewery in 2012. The following year, he cemented his reputation as a chronicler and historian of local brewery history when he created a similarly impressive book about the old Schlitz Brewery.

This time around, Bialas turned his lens toward Miller Brewery, which, of course, is still open. The folks at Miller granted him access, creating a different method for Bialas ... and a lot more photos of people. We caught up with him to ask him about the new book and how it came to be. 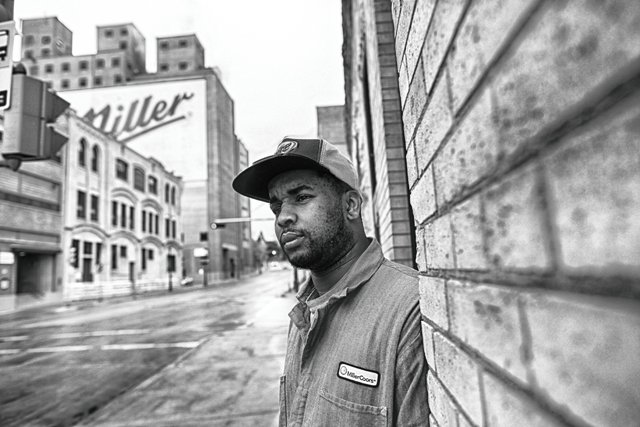 OnMilwaukee: This is the first time you've worked with a brewery that's still up and running. How did that affect the way you went about researching and photographing?

Paul Bialas: On the research end it felt great to have all the historical information in a well-kept archive. In previous books I was rummaging through private collections and it was very time consuming. Miller has done a great job of preserving their history. That said, they also have a rich history and and needed to be respected and told properly.

Photographing people was a change for me, in my previous book abandoned rooms and empty kettles fill the pages. Learning to photograph people properly took some time, but also helped bring the brewery to life. Through their stories it became evident that they are the brewery – the people make the beer, not the walls.

OnMilwaukee: How did that access – you even had an office at Miller, didn't you? – make this book different than the others?

Bialas: I did not have an office, but Miller gave me everything I needed and had I asked I'm sure I would have been given one. The unlimited access allowed me to highlight things that everyday people will never see, for example peering into the inside of a brew kettle while the wort is boiling – it’s an amazing sight!

Also the size of the brewery is stunning. Trying to find a specific place can be very difficult – originating in 1855 with hundreds of remodels over the years makes for some tricky, confusing and weird hallways. Trying to find the roof or specific location sometimes took forever!

OnMilwaukee: So, is Blatz next? Where do you go once you've covered the big four; will you do something on some of the smaller ones?

Bialas: There has been a slight turn of events, I just started Leinenkugel’s which I hope to have done by November in time for their 2017 150th anniversary, which will be a huge celebration. This will tell the history and great story of their brewery which started in the 1860s. There is a possibility I will work on a Coors book after, but a break in the book making isn't a bad thought, either!

I have started collecting photographs from smaller breweries with the thought that someday a craft book could be a good idea, covering multiple breweries, but it feels like a 10-year plan at this point.

OnMilwaukee: When you did the Pabst book did you expect you'd be doing at least three of these books, which are surely a lot of work? Could you imagine they'd be as successful as they've been?

Bialas: I was sure the Pabst book was a one and done. I told my wife it would take 10 years to sell the original 1,000 books I ordered. I was determined to get them out there even if I had to hand deliver each one. Fortunately, thanks to Pabst fans and our local media that really took a liking to the book, everything sold out in a few months.

When the opportunity to do a Schlitz book came about I put everything I had into it since I was sure it would be the last book I would do, and the only Schlitz book in publication. I wanted to do the brand justice. I tried to follow every open door and opportunity that was presented and this is where it has led me. I'm very thankful. 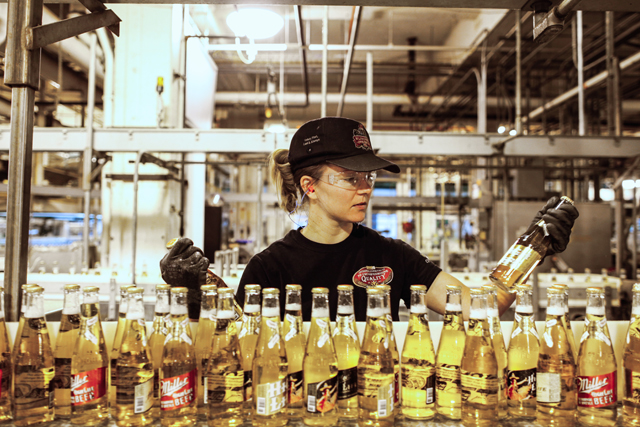 OnMilwaukee: For a long time a lot of people though of Milwaukee and brewing as a story of the past, but with the return of Pabst and the growth of microbrews – as well as Sprecher and Lakefront, etc. – brewing is really exploding again in Milwaukee, isn't it? It's almost like we're partying like it's 1869.

Bialas: I agree, the Pabst news is huge. I was able to have lunch with the new brewmaster and she told me Andecker was in the plan to be brewed. I am really excited for that one. All the time I worked on the Pabst book retirees and Augie Pabst himself told me it was the best beer ever. Imagine hearing about a great beer that you could not get your hands on.

Also this year the Milwaukee County Historical Society is having a beer exhibit through the year. It’s great to remind people that Milwaukee is the city that made beer famous!