For decades, the 4th and Wisconsin entrance to Boston Store, 331 W. Wisconsin Ave., was identified by brass plaques with the name of the store founded here in 1897. Now they're gone.

For decades, the 4th (now Vel R. Phillips Avenue) and Wisconsin entrance to Boston Store, 331 W. Wisconsin Ave., was identified by brass plaques with the name of the store founded here in 1897, as was the entrance on Michigan Street.

Last week, Adam Levin, who wrote the "Fading Ads of Milwaukee" book, manages the Old Milwaukee Facebook group and is a dedicated sign aficionado, noticed all but one of the plaques were gone. 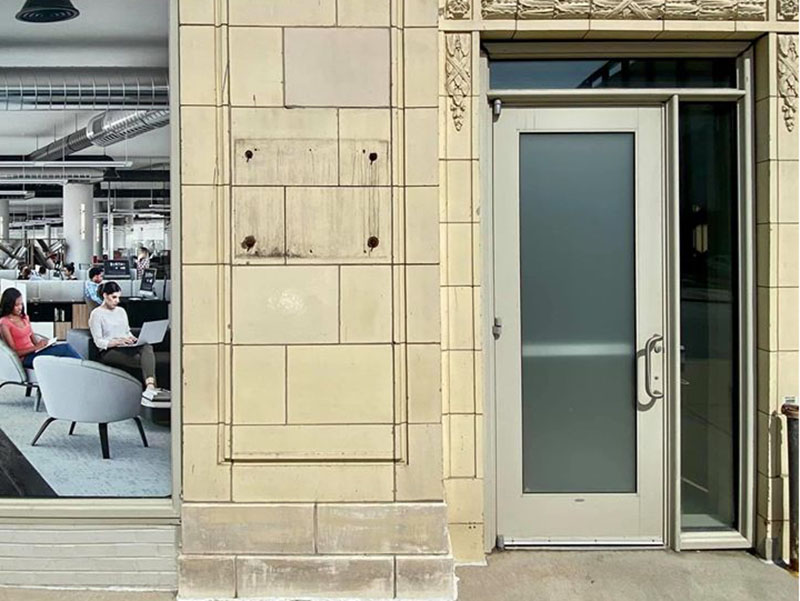 After doing some digging, Levin – who had, in the past, contacted Hub 640, which occupies part of the building, and been told that the property owners wanted to keep the plaques in place – was told that the signs had, in fact, been stolen.

Three of the five original Boston Store plaques were stolen, according to Andrea Plautz of Mandel Group, which developed the lofts in the building.

"My understanding is that when the Building Maintenance Engineer for Urban Innovations became aware of the three missing signs he removed the other two for the time being with the thought that someone might come back for those," Plautz said.

"The one replica Boston Lofts sign that is located near the garage entry was not stolen. It is installed/secured differently and would be very difficult to remove." 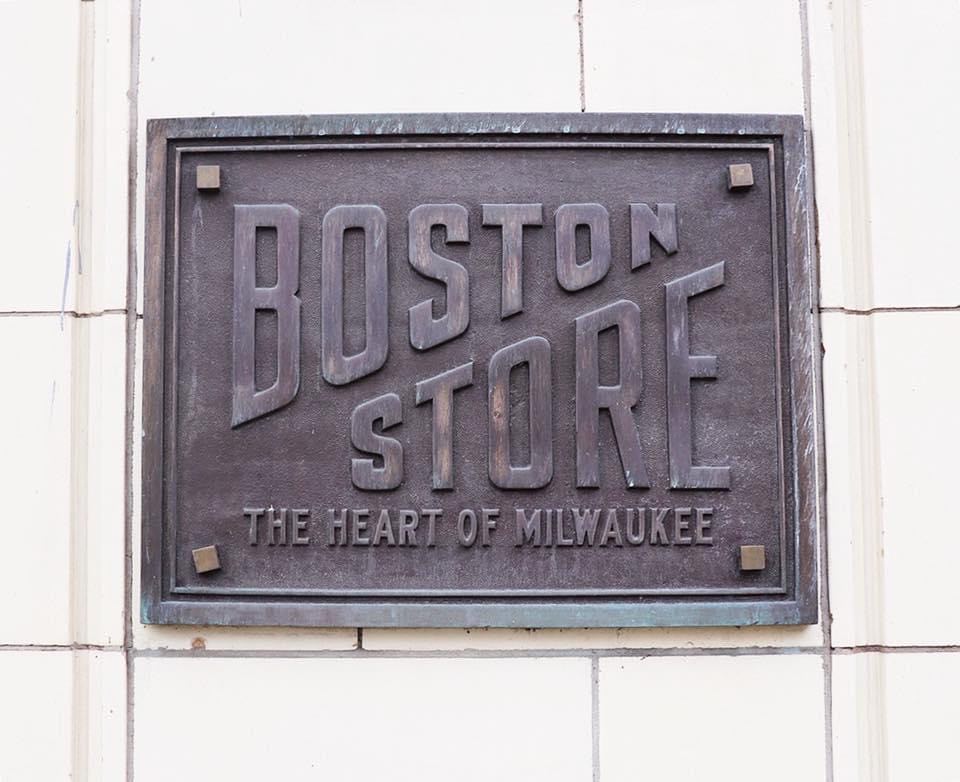 The sign on the Vel R. Phillips Avenue side, above, taken in 2018.
Below, a photo of a Boston Lofts plaque, taken on Monday. 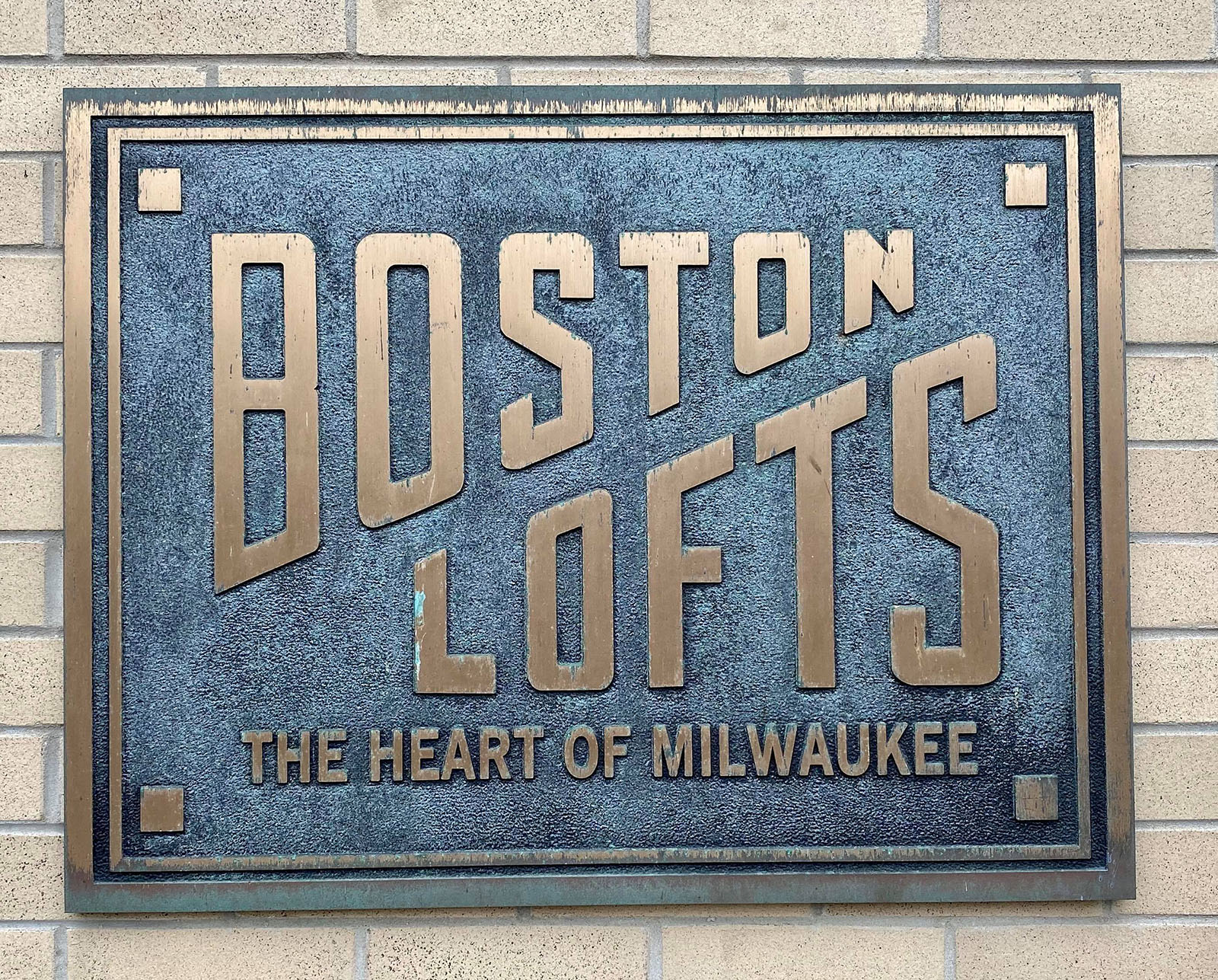 On Monday, Levin posted to Old Milwaukee a photo of the vacant location of one of the plaques, with the note that said, "Heed the call: according to a reliable source, the last remaining vestiges of Boston Store on Wisconsin Ave were stolen. There were three plaques on the side of the building. Last week I was walking by after taking photos of the new Grand Theater sign and noticed they were gone. I assumed the new owners were preserving them. This really boils my blood."

Messages to the building's owner, Chicago-based Urban Innovations, received no response at the time of writing.

In 2018, when Levin heard Boston Store was closing its Downtown location, he helped rescue a vintage sign and donated it to the Milwaukee Public Market, where it hangs for all to see and enjoy.

It's possible the plaques were removed for the scrap value of the brass, but they may also have been taken by someone who might try to sell them to collectors. 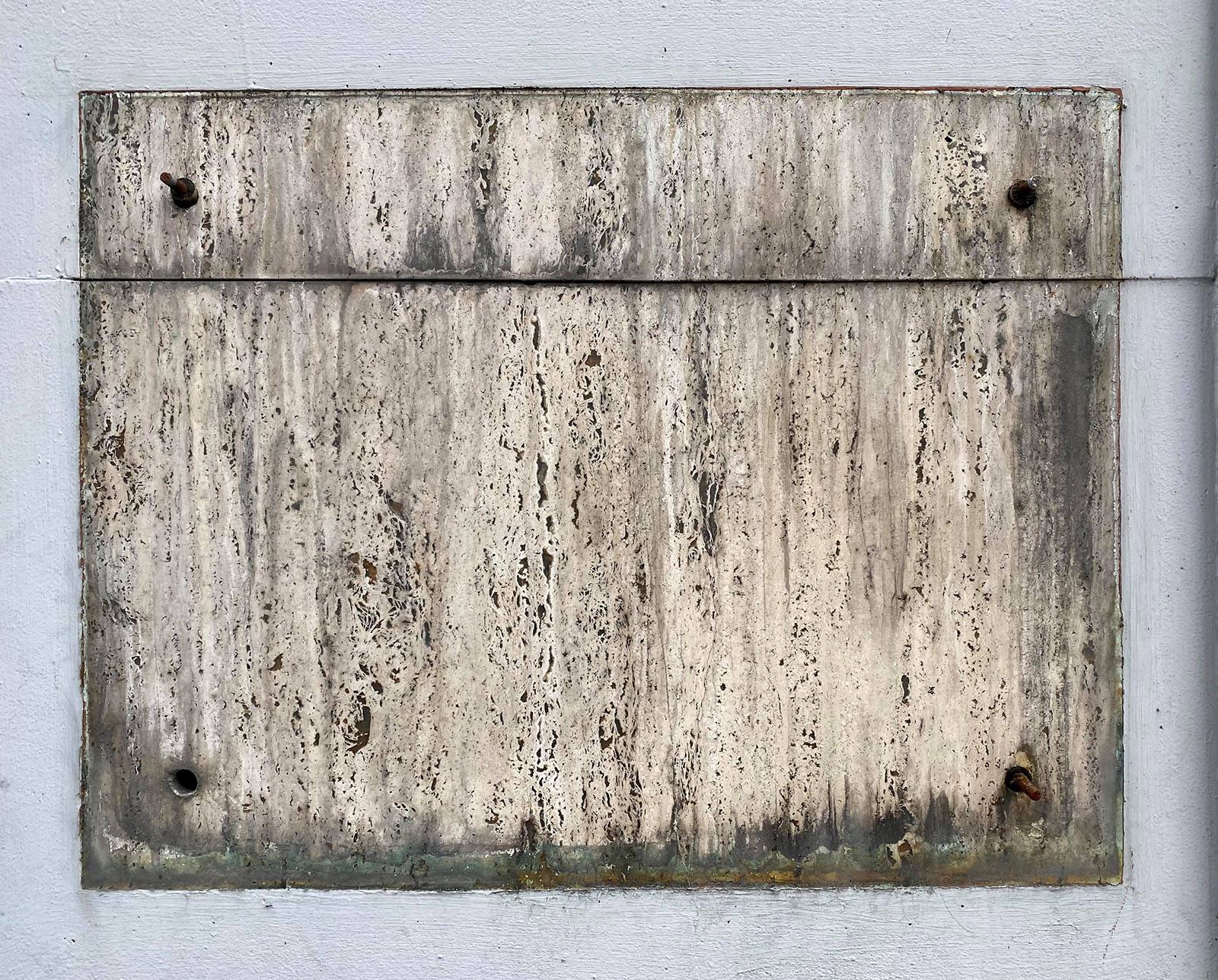 "The owner of the building has not made any decisions yet in regards to re-installing the two signs in their possession or what to do with the bare areas where the stolen signs once were," Plautz said.

Please be on the lookout for the signs and contact me if you see them for sale. I'll pass word along to the owners.