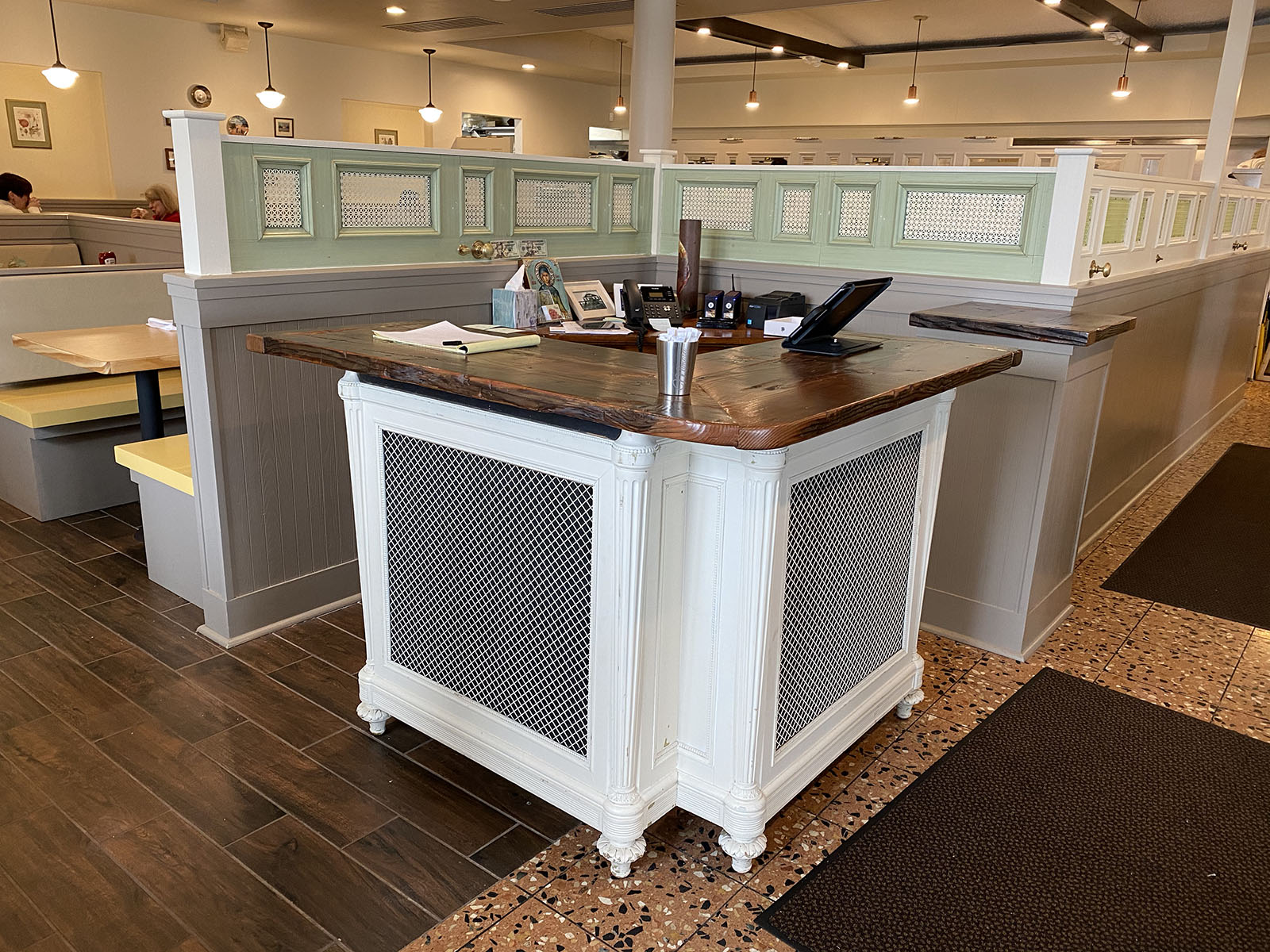 Radiator covers in the restaurant (above) and in the home (below). 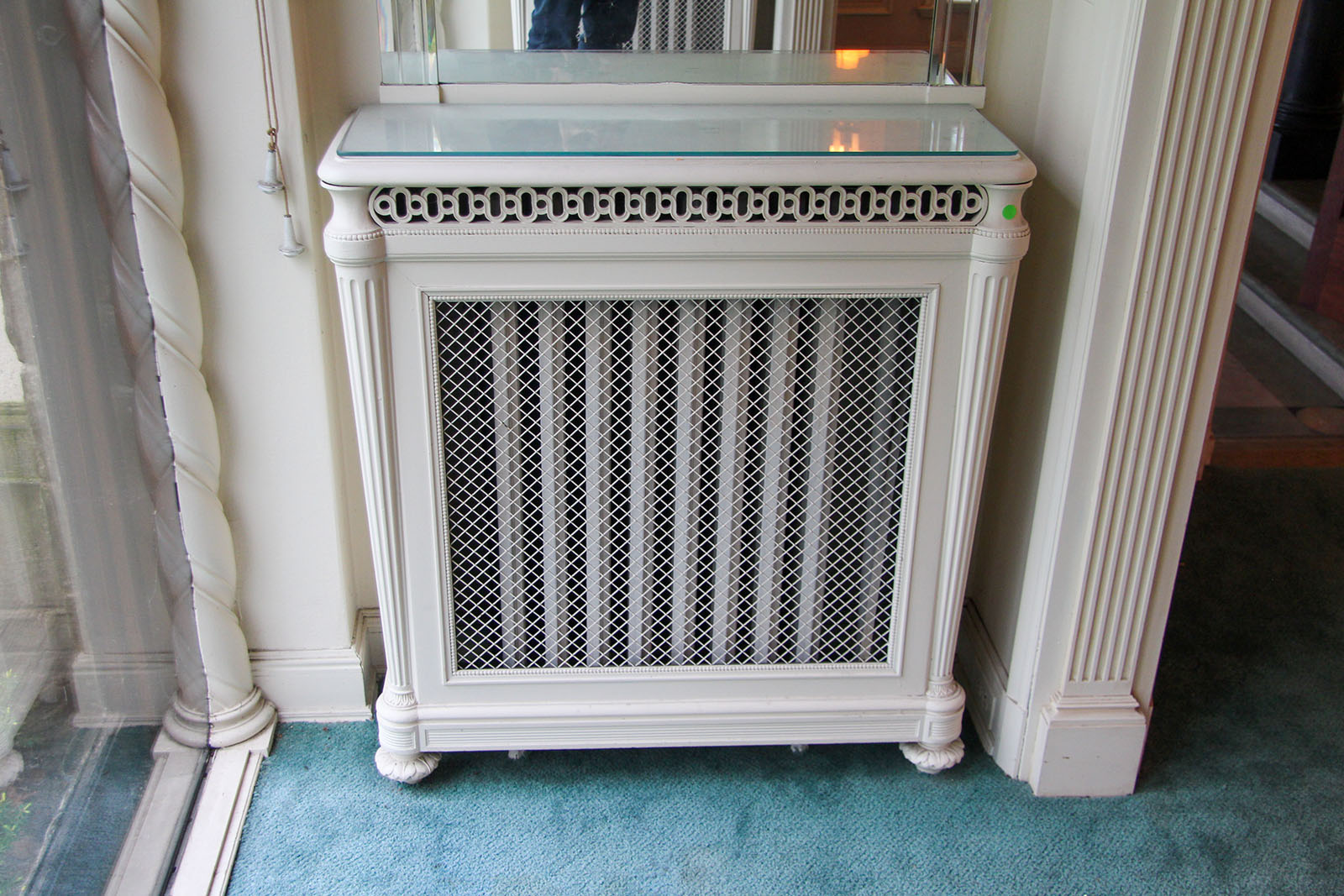 The mansion was demolished last year by its owner, outgoing County Executive Chris Abele, to make room for a new home.

Evreniadis purchased the materials from Habitat for Humanity’s ReStore – which Abele allowed to deconstruct as much of the home’s interior as it could before demolition began last summer – and installed as the primary decor for the restaurant.

"(Apostoli) is extremely passionate about the creative use of items that have a ‘soul,’ as he described it, and bringing that emotion into his spaces," says Milwaukee Habitat Director of Marketing and Communications Jake Brandt.

"The half wall was created using doors from the mansion, with design help from Flux Design," adds Brandt. "The host desk is made from radiator covers that are meant to convey a feeling of warmth when you are greeted." 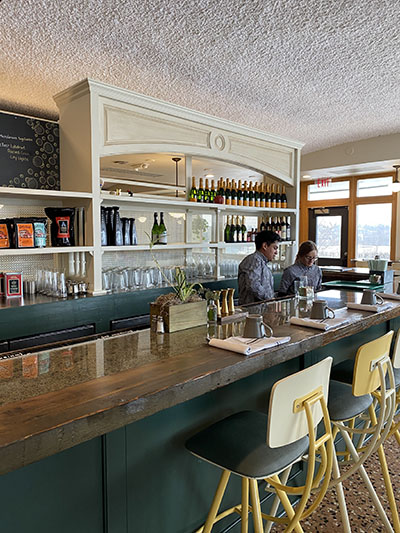 Brandt said that Evreniadis is a ReStore regular and also purchased items from the store to decorate the Franklin restaurant, which opened in 2017.

"After stopping into ReStore a few times to figure out how to furnish the new location he wasn't quite finding what he was looking for," says Brandt. "He decided to give it one last try before going to a designer and having them fabricate everything from scratch. That's when lightning struck.

"Having no idea we had salvaged the items, he walked in and saw a frenzy around the Treasure Pickers area of our store where we stocked all the Eschweiler items. Kris, the store manager, who he had gotten to know over the course of shopping there frequently, said 'Haven't you seen the news,' referring to all the press and uproar about the mansion being torn down. Apostoli had not but once he saw what kind of items we had, he immediately pulled Kris aside and said 'grab a bunch of sold tickets.'" 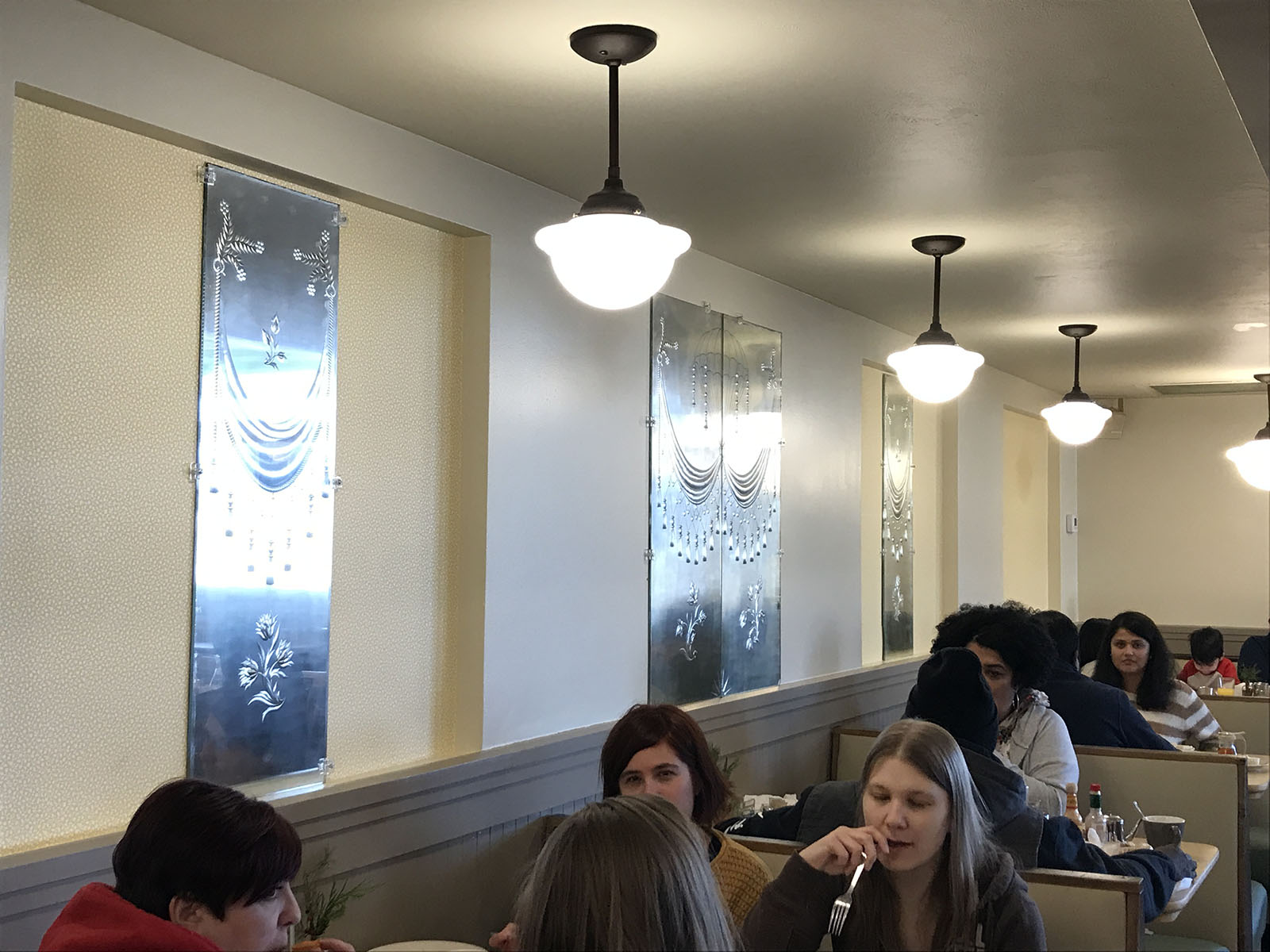 Mirrors in the restaurant (above) and in the home (below). 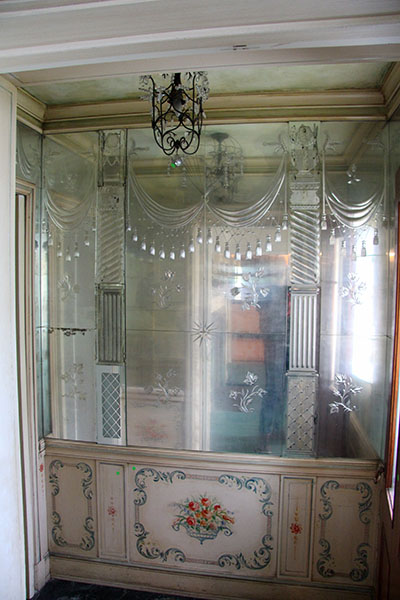 Brandt says that pretty much everything pulled out of the mansion was sold within about a week of its arrival at ReStore, including many objects purchased by a member of the Hambrook family (previous owners of the home).

"(She) wanted to preserve the pieces," says Brandt. "She actually was in the store when Apostoli was on his shopping spree and asked what he was going to do with the items. Though she was still upset about the mansion coming down, Apostoli said she was pleased to hear the items would live on and bring joy to others in such a public-facing way."

Abele bought the nearly 10,000-square-foot mansion on a 2.5-acre lot for $2.6 million from George and Ann Hambrook, who raised a family of six children there across more than three decades, in early 2019.

His decision to tear it down drew media coverage and social media controversy. 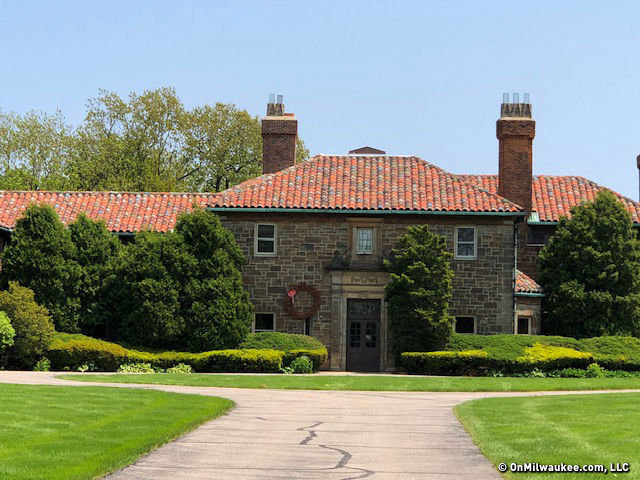 The lot is now empty, but fortunately some parts of the mansion survive thanks to Habitat’s ReStore and to Evreniadis.

"Apostoli," says Brandt, "is extremely passionate about the creativity and emotion of reusing materials.

"In what sounded like a fluid stream of consciousness he basically determined the look of his new location in one ravenous shopping spree. He said he could hear the moans of people behind him as he frantically tagged items for the restaurant. He didn't even know what he was going to do with everything yet, it was just so fascinating that he couldn't pass up this rare opportunity."

The new Mimosa Breakfast & Brunch restaurant is located in a building now owned by Peter and Lou Liapis, the brothers who own the Georgie Porgie and Grassroots Salad restaurants. Louise’s closed in 2018.