It's been almost a year since Ryan Clancy and Becky Cooper-Clancy opened Bounce - the first indoor family entertainment center in the city of Milwaukee. With five children, the couple has figured out a thing or 12 about running a family business.

It’s been almost a year since Ryan Clancy and Becky Cooper-Clancy opened Bounce – the first indoor family entertainment center in the city of Milwaukee. 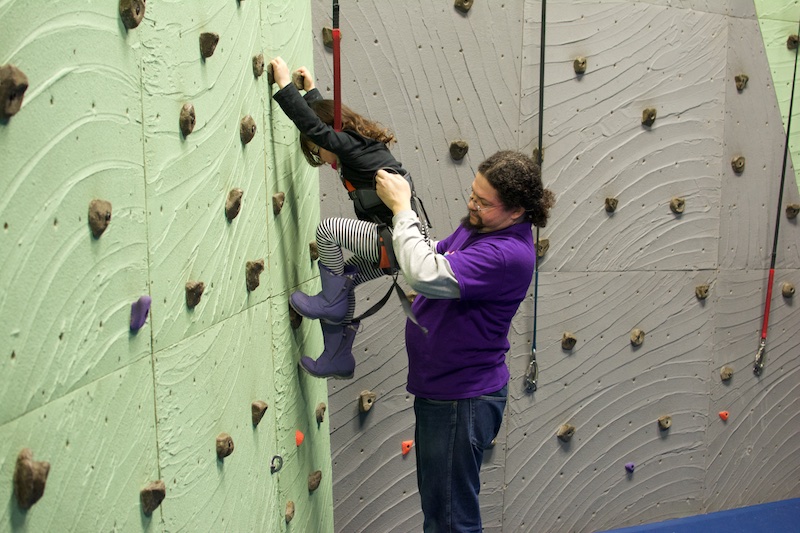 Overall, the first year went well for the two, who also have five children.

"Once we got our footing, we immediately started looking for ways to make Bounce even better," says Cooper-Clancy. "The research we did in the years before we opened really paid off, so there isn't a lot we would overhaul. I wish we had budgeted more for the unexpected expense and especially the unexpected time for the physical build outs."

The couple made a few changes over the year, such as adding take-out to their menu. From the beginning, the owners wanted to offer healthy and locally-sourced food that’s still kid friendly. Their most popular food item is The Milverine, named for Milwaukee's most identifiable speed walker.

Wraps, salads, quesadillas and tater tots loaded with a variety of ingredients are also available.

"It’s hilarious to see adults playing all the games from their childhoods, and beating their kids in them, all while describing how many quarters they pumped into those games during their teen years," says Cooper-Clancy.

Bounce continues to focus on attracting adults – with or without their kids. The facility is available for work outings, bachelor / bachelorette parties, adult birthday parties and more. The bar offers 12 beers on tap, about 50 cans and bottles, red and white wine, and there are numerous screens for game watching.

"Adults are always welcome, whether they're here for a wine and laser tag date night or playing alongside their children," says Cooper-Clancy.

Cooper-Clancy says they have found that about 80 precent of all their adult guests end up playing in some way.

"Watching a buttoned-up business man reconnect with that goofy little kid he once was is one of the best parts of the job," says Cooper-Clancy.

"There are dozens of ways to work up a sweat here, and the best part is that you're having so much fun, you don't realize you're exercising," says Cooper-Clancy.

Another adult favorite at Bounce is the massage chair. Set aside all memories of the vaguely vibrating, coin-operated bed and chair massagers of the past, this one has options from tickle to deep tissue.

"Our massage chair has its own cult following. We’re hoping to add a second one soon, but we're concerned that the first one will feel jealous," says Cooper-Clancy.

Perhaps the largest lesson learned during the first year is the importance of choosing the right staff members, called "hosts" at Bounce.

"Having amazing staff is the very best part of the experience for many people. We've been incredibly selective in hiring and it shows," says Cooper-Clancy. "I was talking to a new employee on his second day while he was on break in our back room. There were guests leaving and our host interrupted our conversation to say goodbye to them. He talked with the mom about her son's progress on the rock wall and how proud he was that the kid kept trying. The kid, the mom, and the host were all beaming. You can't hire just anyone and get those results."

Both Clancy and Cooper-Clancy work about 60 hours a week – it's a delicate balancing act with five children ranging in age from 9 months to 15.

"Of course there are some challenges, especially since our nine-month-old is much more mobile than when we first opened, but we're lucky to have a job that requires us to slide and play as part of the required duties. And it's wonderful to have a job where our kids not only can come to work with us, but really love to," says Cooper-Clancy. "We knew having a family-owned business would be a wonderful challenge, but we didn't expect that it would make our whole staff and our guests feel like part of our family, too." 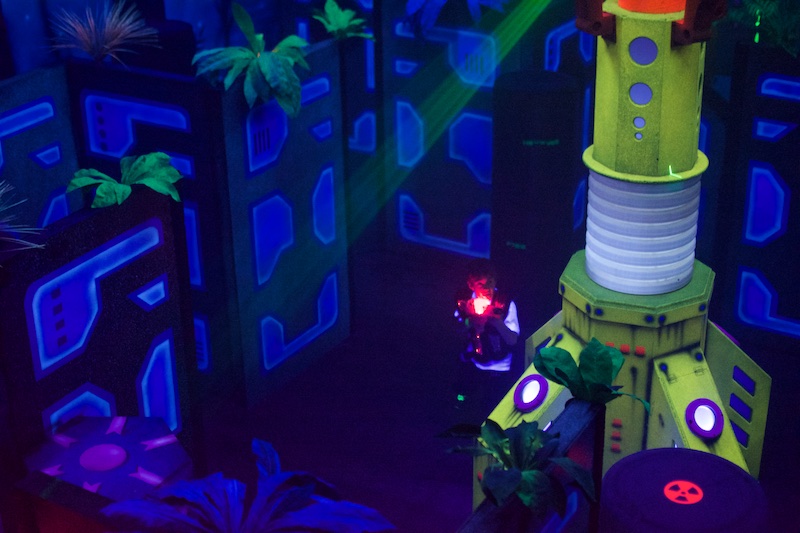