Kate and John McLaughlin, two of 15 master dress hat makers in the country, own and operate The Hen House and Brass Rooster hat shops in Bay View. This summer, they will introduce a new mobile hat shop, too. ""It will be like a food truck for hats," says John.

By Molly Snyder Senior Writer Published May 31, 2015 at 9:18 AM Photography: Royal Brevvaxling

When John McLaughlin was 12 years old he found his grandfather’s hat in a closet and wore it every day until it finally fell apart. A couple decades later, McLaughlin, along with his wife Kate, opened the Brass Rooster, a specialty men’s hat shop.

"Milwaukee hadn’t had a proper men’s hat shop for about 15 years, so the shop was instantly a hit," says Kate.

The couple – who are two of 15 master dress hat makers in the country – originally opened the shop four years ago on Kinnickinnic Avenue on the same block at the Avalon Theater, but later moved to the current space, 2250 S. Kinnickinnic Ave.

The new building, which formerly housed the Boulevard Theater, provided more space for the Rooster and also made it possible for Kate to open an adjoining women’s hat shop, The Hen House, about six months ago.

"The ladies are coming from all over and loving the hats," says Kate.

The vintage decor, crackling records and attentive service make walking into the Brass Rooster and The Hen House feel like taking a step back in time. The shops offer a large selection of new hats that range from fancy to practical along with custom hat making and repair services. Most of the equipment came from a retiring hatmaker named Clarence who worked at a hat shop called Henry the Hatter in Detroit. 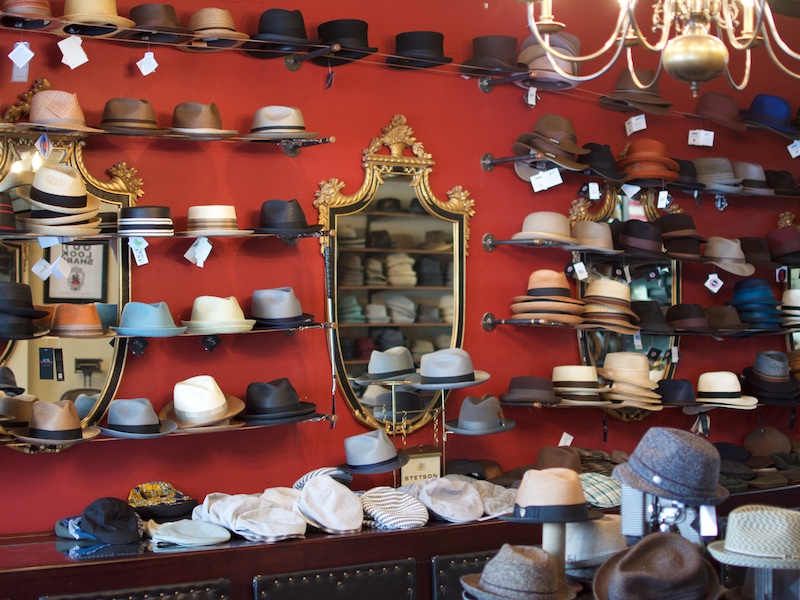 "We have hats for special occasions, sad occasions, cocktailing and for practical weather-related purposes, too," says Kate. "We have hats in here you wear while shoveling out a city block and look really great doing it."

This summer, the couple will launch a mobile hat truck from their 1955 Ford step van that was formerly a bread truck. The couple plans to drive it to beaches, festivals, concerts, farmers’ markets and car shows.

"It will be like a food truck for hats," says John.

Recently, John wrote a letter to Jack White challenging him and his mobile record store to a drag race. "If he wins, he gets a custom-made hat," says John.

Other near-future plans include hatmaking classes by Kate, who already hosts parties during which guests ages 6 to 68 make hat fascinators (adornments).

Neither business sells hats online because buying a hat is about the experience and requires time and attentiveness.

"I have not had one hat returned in six months we’ve been open and I think it’s because we take so much time face-to-face with our customers making sure they pick the perfect hat that makes them look and feel really good," says Kate.

The McLaughlins, who have two children ages 5 and 8, run their hat shop full time. Their son helps out every Saturday.

Kate started making hats 25 years ago and worked for 10 seasons as the Milwaukee Repertory Theater’s hat maker and costume craft manager. John is primarily self-taught and studied with highly skilled hatmakers in the United States. Last year, the couple flew out hat master Art Fawcett from Oregon and he worked with them in the shop for a week.

"The things he taught us are unbelievable," says John. 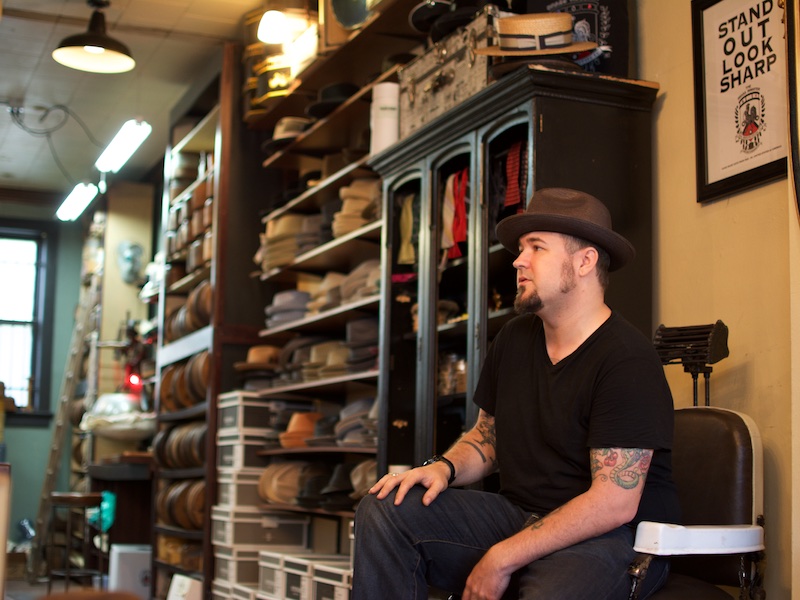 Hats were popular for the first half of the 20th century, but, according to John, people – particularly men – started to wear them less in the 1960s.

"People like to blame JFK for the end of hats, but really, it was television," says John. "People went from spending time outside with neighbors to sitting inside and watching TV."

Also, more men wore hats in the past because they traveled to and from work via public transportation and needed them for weather protection. However, when more families moved to the suburbs in the mid-60s, men started to drive to work instead of taking the train. Also, in the late 60s, cars came equipped with headrests for the first time and this made wearing many hats uncomfortable.

However, over time, more men returned to wearing hats – and not just baseball or cowboy hats. More and more women have rediscovered hats as well.

Also, in recent years, more information became available about the dangers of overexposure to the sun and this, too, has boosted hat sales.

"Hats are really practical because the keep us healthy and they make us look good," says Kate. "Hats express so much about your personality, even your mood, without saying a word. John and I always say, ‘hats are the last thing you put on but the first thing people see.’" 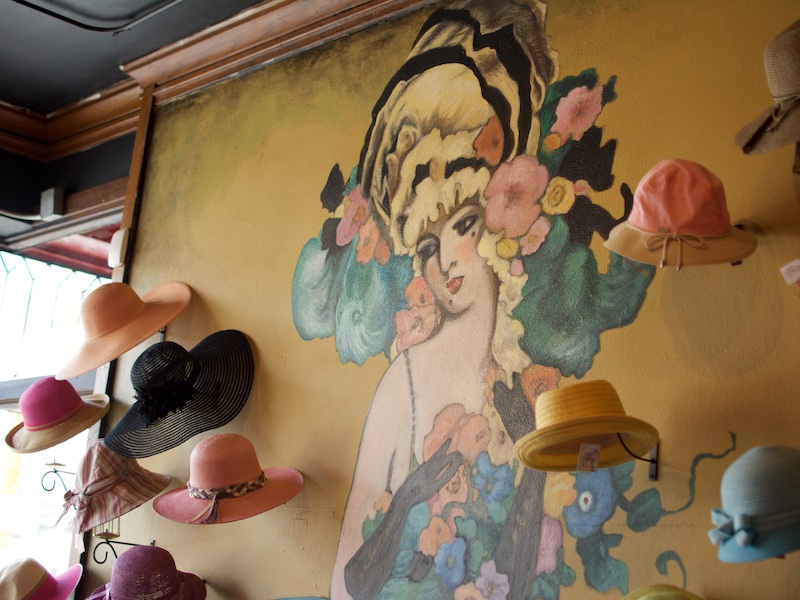