The players bite down on their mouthguards, strap on knee pads and elbow pads, then throw on a helmet in anticipation for the big tournament. This is not football or rugby. It's roller derby. And there's a bout coming up on Saturday, March 18 that you have to check out.

Pump-up music blasts throughout the locker room. The players bite down on mouthguards, strap on knee pads and elbow pads, then throw on a helmet in anticipation for the big tournament. This is not football or rugby. It's more intense than that. It’s roller derby. Once a month, on their home floor at the UW-Milwaukee Panther Arena, four teams from the Brewcity Bruisers battle it out against each other for fun and glory.

The women join the club through a recruitment that's similar in style to that of sororities, though significantly more physically demanding. They spend a day at a boot camp, draft out squads and then there's the big reveal that decides which team will become their new family. Once a girl makes it, they gain a nickname, get some bumps and bruises, and officially become a member of the Brewcity Bruisers.

But before you check it out, meet some of the players that will be roller derbying: 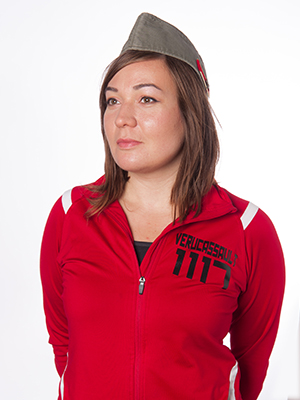 How did you decide you wanted to be a part of roller derby?: "I was aware of it for a long time, and I’ve wanted to do it for years. I had a work schedule that didn’t allow for it. Once I got a new job, I just had a friend who was already skating and she was encouraging me to take the bootcamp, which trains you how to skate from a level of basically not being able to roller skate to a level of being able to do roller derby."

What was your worst injury? "I broke my leg last year. I’ve had a shoulder injury that kept me out for six weeks, a sprained ankle, black eye. I think my worst actual bruise is I got kicked in the shin with a skate. It was a bone bruise, it took like three or four months before it stopped being tender. But that list of injuries I would say is pretty common for every single person for the most part."

What’s your best memory?: "I started off, and I couldn’t even roller skate, so you’re able to set so many goals and milestones for yourself, you know, oh, the first time I could stop in a certain way. I’m trying to keep learning at that level, so I still feel like I get those kind of victories all the time that are still very satisfying. On top of that there’s the camaraderie. We have our home teams and we do a lot together. So, you just get to be with your friends, hang out and be really close to people." 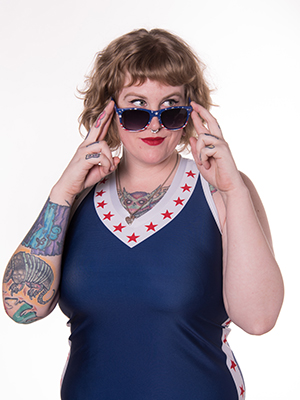 How did you decide you wanted to be a part of roller derby?: "I was working at Colectivo Coffee at the time, another Shevil Skittle came through the line and overheard me talking about a rollerskating birthday party, not knowing that I always wanted to play derby. She essentially said if you don’t show up at the boot camp, I know where to find you and I will drag you to the next one, so it just fell into my lap and I’ve been in love ever since."

What was your worst injury? "It was probably a bruise on my left side. It started, like, just under my butt cheek and went down to mid-thigh, and it was probably about six inches wide. I took a hit and fell right on down to the concrete the perfect way. It hurt to sit for about a month."

What’s your best memory? Mine would definitely be, so far, my draft night that happened this past October. Every team gets together in one big room and we throw a party. They walk everyone up, they announce your name and they call out what team everyone will be on. Your new family is there to welcome you with open arms, and they kind of literally shower you with your team colors and hugs." 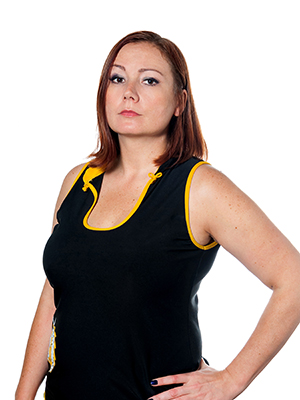 How did you decide you wanted to be a part of roller derby?: "I ended up going to semi-finals bout in 2011. I brought a work colleague there because he was visiting from out of town. I’d never seen it before in my life. I was pretty amazed by all of these women kind of just beating the crap out of each other in what is truly a very physical sport and very athletic sport even at that time. I kind of just fell in love with it. It took me about a year to get up the guts to look into what it took to become a Brewcity Bruiser. I attended a boot camp, tried out, like, two weeks later and didn’t make it. And then joined the rec league in the fall, and from there it’s history."

What was your worst injury? "The most I’ve broken so far is a pinky. Knock on wood. I got a couple of sprained ankles that I tried to keep healthy enough to skate. Probably the worst injury so far to date has been, two years ago I landed ... I did something weird to my hip, I was off of skates for a few weeks, and, like I couldn’t put any weight on it when it initially happened."

What’s your best memory?: "One big moment for me was last year, getting placed on an All-Star roster for the first time and getting to play an entire weekend with that team. That’s been my goal since I started the league was to play at the highest competitive level for our league, so it was a huge moment for me."