Milwaukee-based artist Stacey Williams-Ng started skating with the Brew City Bruisers’ Crazy 8s last fall after training with the team for more than a year.

Recently, Willaims-Ng – whose derby name is "Tennessee Killems" – combined her two interests and created a couple of derby-themed coloring books. Williams-Ng originally was inspired to design a roller derby coloring book after a friend ordered a disappointing one from Amazon.

"She was horrified at how bad the art was," says Williams-Ng. "She thrust it at me, uncolored, and said, ‘please make a better one.’" 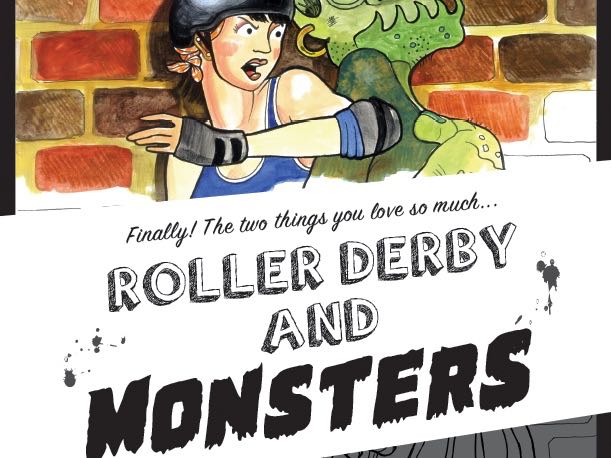 "You'd be surprised where your brain goes when you start imagining two things that have nothing to do with each other," says Williams-Ng. "I ended up having images of undersea roller skating scenes, and strangely, they kind of work."

Each of the books have 12 coloring pages and some of the characters are based on real-life derby women. 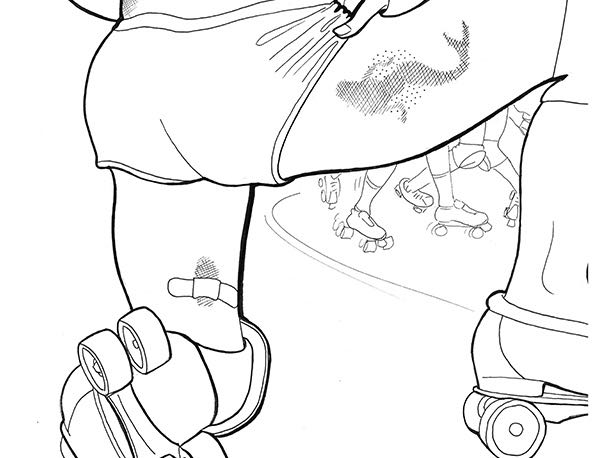 Williams-Ng is a painter, chalk artist, organizer – she was the driving force behind the Black Cat Alley mural project – and illustrator.

All the proceeds of the coloring books go to underfunded programs at Children’s Hospital of Wisconsin. They are available at Bigfoot Bike & Skate and on her Etsy page.