On the Burger Trail Special Edition: The MooSa Burger at MooSa's

It's not Lori Fredrich's usual habit to review a burger from a newly opened restaurant. However, when she was offered the opportunity to try a MooSa burger before MooSa's actually opened, she decided to make an exception.

The stand, which was operated by The Bartolotta Restaurants as Northpoint Custard for nearly a decade, was turned over to the Musa family, owners of Casablanca locations on Brady Street and in Brookfield, for the 2019 season. So it'll be warming up the grills and cooling down the custard just in time for the weekend. 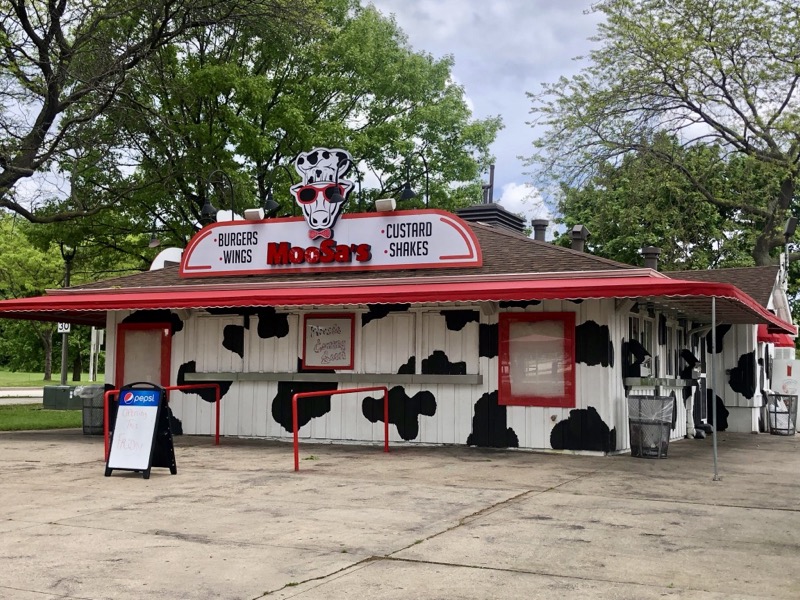 It's not my usual habit to review a burger from a newly opened restaurant. After all, it seems fair to allow kitchens to work out the kinks, perfect the recipes and adjust operations based on the volume of customers it experiences over the first month or so. But when I was offered the opportunity to try a MooSa burger before MooSa’s actually opened, I decided to make an exception.

Despite the early review, I didn't give the burger any passes. I pulled it apart and tasted each component just as I would any other burger. And I applied the same rubric and point system.

I’ll be forthright: my first impressions were very good. In fact, if I’d tasted it without knowing that Moosa’s was new, I probably wouldn’t have guessed. That said, every restaurant has its hiccups and learning curves in the first weeks (and even months); so your burger experience might vary, especially on a busy summer night. If that is the case, be kind and give them the benefit of the doubt. After all, no great burger stand was built in a day.

The MooSa Burger is made with custom blended beef from Pritzlaff Meats and comes on a custom Sciortino's roll topped with mozzarella, American cheese, tomatoes, raw onions, pickles, ketchup, mustard and MooSa sauce ($6.75).

Like most fast food burgers, the MooSa comes wrapped in paper. And yet, it unpacks looking pretty fantastic. The bun is soft and brown with just a hint of Sciortino's signature crust, there’s a glimpse of a ruby red tomato, crisp pickles and the dual-tones of the mozzarella and American cheeses melting nicely over the burger’s crisp edges.

This custom made bun is one of the best I’ve seen from Sciortino’s. It’s substantial, with an ever-so-slightly crisp top. But its interior is soft and slightly sweet, striking me as almost a hybrid between brioche and a yeasty bakery bun. Inside, the cut sides were nicely toasted, and – despite its heft – there was more than enough going on with the burger that the bun didn’t overwhelm.

The burger has quite a bit going for it. The meat is nicely seasoned and pleasantly beefy. It’s also just a touch greasy (but not too much), which is pretty much what you want in a fast food style burger. But what really wins the day for this burger is its ultra-crispy edges, which offer a pleasantly fatty salty crunch to every exterior bite.

The toppings are fresh and the flavors are balanced. The slices of tomato were ruby red with a decent amount of flavor. The onion was applied judiciously -- just enough to offer some flavor, but not so much that they overwhelmed. The same went for the cheese, which was beautifully melted. The combination of mozzarella and American offers all the umami expected of a great burger with a bit more texture than what you get on an American-only burger; I liked that quite a bit. Meanwhile, the MooSa sauce was tangy and pretty tasty from what I could tell; in fact, I plan to forego the ketchup and mustard on my next burger just so that I can get a better taste of it.

This is a pretty darned good $6.75 burger that comes with a lovely lakefront view. There's very little to argue with here. And even though the French fries are a la carte, they're served in a generous quantity.

I think it’s the perfect time to grab a burger by the Lake, don’t you?

MooSa’s is open seasonally. Hours are Monday through Sunday from 11 a.m. to 9 p.m.