How "Making a Murderer" channels "Fargo"

As I watched Netflix' riveting series "Making a Murderer" on the Steven Avery case, it occurred to me: I've seen these characters and this landscape before. I've seen them in the Coen Brothers' classic "Fargo."

By Jessica McBride Special to OnMilwaukee.com Published Jan 01, 2016 at 9:06 AM
For more "Making a Murderer" coverage, including the case's unanswered questions and other potential suspects, click here.

As I watched Netflix’ riveting series "Making a Murderer" on the Steven Avery case, it occurred to me: I’ve seen these characters and this landscape before.

It reminded me of growing up in northern Wisconsin (or ‘Scansin, I suppose). It also reminded me of the Coen brothers’ rural cinematic masterpiece "Fargo," about a crime in barren snow-covered northern Minnesota.

The filmmakers did get a lot right. They nailed the milieu pretty well. I grew up in northern Wisconsin, although I’ve lived in the Milwaukee area since 1989. I didn’t grow up near Manitowoc though; I was raised in the other half of the state. For those readers not familiar with Wisconsin, some people really do talk like that, although not many people speak "’Scansin-nese" in such an exaggerated fashion (see here or here for a lesson).

The key is to turn every "th" into a "d." As in, out in dem dere woods. I used to end sentences with "with." As in, "Do you want to go with?" People in other states would always look at me like they didn’t know what I was talking about. "With what?" they would respond. I assume this was a hangover from German speech patterns that split the verb, "Kommst du mit?" Indeed, researchers into the Upper Midwest accent (Minnesota, parts of Wisconsin, etc.) say it derives from Swedish, Norwegian, German and Finnish linguistic heritage.

The accent is not as pronounced in most people as it is in the Avery clan, although the people in the movie do kind of remind me of my high school bus driver and a few Milwaukee weathermen. Of course in Wisconsin, we think we don’t have accents.

The documentary did nail the general landscape, though. Ski-Doo jacket wearing rural types in a town obsessed with hunting and where the only thing to do is to go to the bar? Yeah, that was familiar. They nailed the dress style (or lack thereof). Would you wear makeup and dress up in negative 30-degree weather? What’s the point?

Turns out money buys a lot of hair and skincare.

They missed the importance of sports and dairy farms in this rigid, rural plateau, but they’re right that the hairstyles are stuck in the '80s. I had a frizzy perm like that once, too. Of course, that was back in 1988. It took a lot of time and Aqua Net to get my bangs to stay that high. The fashion trends are a couple generations behind – if they ever arrive.

The filmmakers were also right that little rural Wisconsin towns can be kind of creepy, insular and not partial to outsiders. After all, Ed Gein was from a little Wisconsin town; heck, in the town where I grew up, there was a weird murder case involving possibly corrupt cops and a shady DA. Through the stalwart characters of Avery’s salt-of-the-earth parents, the filmmakers also accurately captured how down-to-earth and filled with common sense such country folk can be, though (the movie "Fargo" got that right too). They remind me of the old farmers who come over to drink coffee in the morning with my mom, who lives on a sheep farm.

They know what’s going on, and they can be a lot smarter than all those city slickers with their books and their condescension. Who would you want helping you if your car broke down on the road? In some ways, I like country people better. They get it.

But back to "Fargo" again. When it first came out, I saw it five times and almost rolled around on the ground laughing it reminded me so much of where I grew up. I tried to get my mother interested, but she ended up offended. Here are the other comparisons:

Who played Marge? Well, there is no cop like her in the Netflix documentary – no persistent cop who figures out "the truth" by using a combination of unorthodox procedures and sheer common sense. The cops are the bad guys to Netflix. Marge knows what is really going on. Don’t write her off. But I think there was one person she reminds me of most.

Brendan’s mom is Marge Gunderson with a perm. Yes, Brendan’s mom was the scene stealer. She was the heart of the "this is just wrong, and we all know what is really going on here; how dumb do you think we really are?" theme, as exemplified by her scene-stealing tantrum outside the courthouse. Even the reporters with their invasive cameras slunk away after that. Someone get Barb Janda an agent. 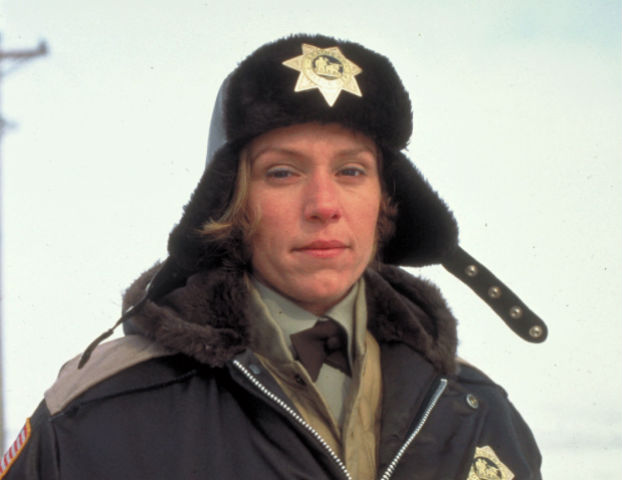 Every TV show or movie needs bad guys. The baddies in "Making a Murderer" – if not in real life, as who knows – are Manitowoc County Sheriff’s officials James Lenk and Andrew Colburn, accused by the defense of planting stuff.

The filmmakers cast Lenk as the emotionless Uber Bad Guy (Peter Stormare), and Colburn as his slightly chattier, slightly more affable sidekick (Steve Buscemi). Quite a pair, these two. 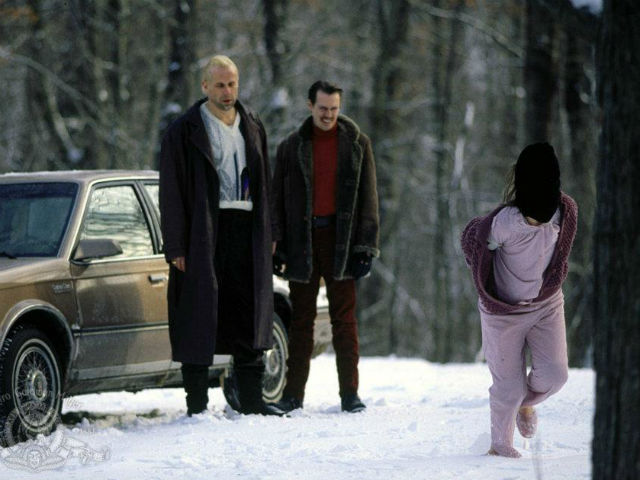 It’s hard to deny that the woman who loses her life in all of this in "Fargo," Jerry’s wife, looks a lot like the equally kindly and equally undeserving Teresa Halbach. She did nothing to deserve this. Everyone needs to not lose sight of who the real victim was here. 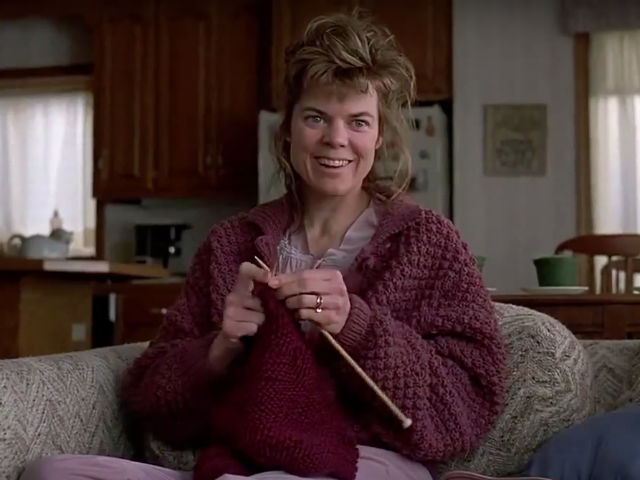 The role of ex-con Shep Proudfoot, the blue collar anger management needing mechanic who’s been in trouble with the law, could go to Dassey’s equally blue collar angry stepdad Scott Tadych. If you don’t agree, run him on CCAP, the court website. 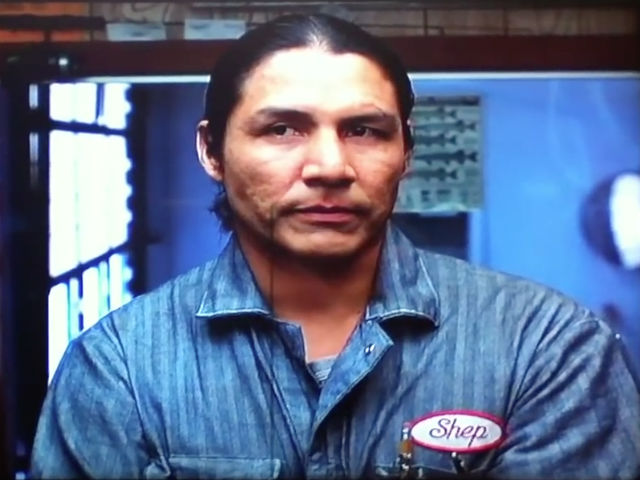 Who's the rich, slick know-it-all and obnoxious Wade Gustafson, who dresses a bit better than everyone else and who thinks he’s a little bit better than all these rural hicks (but who would also seem like a rube himself in New York or L.A.)? Former DA Ken Kratz, of course – the guy with the suits, the $350,000 house, the non-accent and the "six-figure career" as he supposedly reminded a domestic violence victim he was texting. 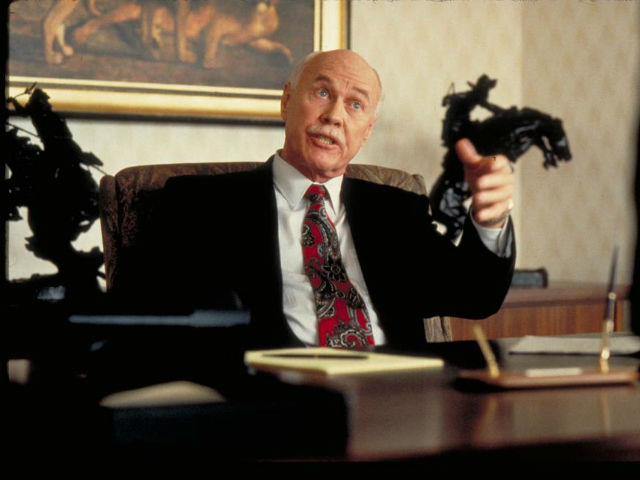 Marge’s sweet but dim hubby, who's content watching TV shows about bark beetles and who isn’t about to qualify for a scholarship to Yale anytime soon? Why that would be Steven Avery, at least as these documentarians have cast him. I half expected them to argue, "Steven? He was just watching a show about bark beetles and designing a mallard stamp when all this went down. He’s too dumb to commit a murder this complicated!" I guess that would kind of make his girlfriend Jodi a Marge type too. 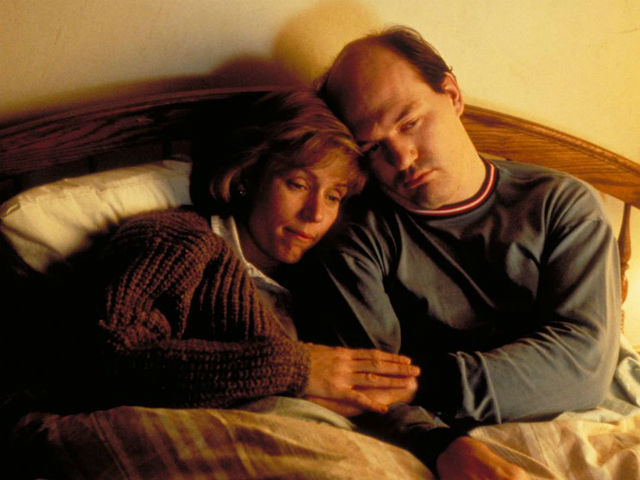 The nosy neighbor with the shovel

This guy reminds me of Avery’s dad. He knows what’s really going on, and he imparts it in a common sense way in between shoveling his snow and running his salvage yard business or whatever. He’s got an eagle eye, and he misses little; the scene where Avery’s dad expounds at the kitchen table about how they "found dis" and then they "found dat" sort of said what we were all thinking, but better. In between, he finds time to grow kohlrabi. 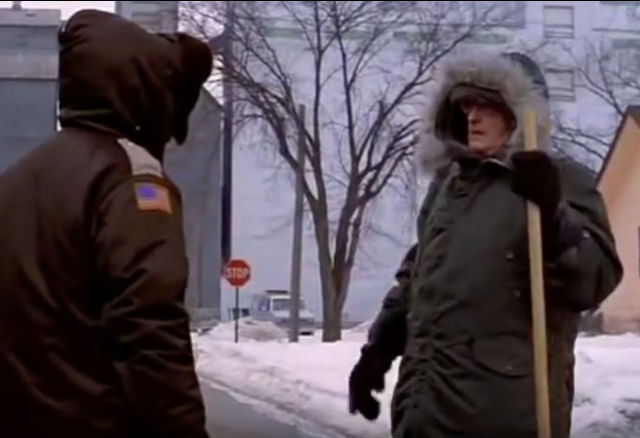 As for Stan Grossman, the behind-the-scenes guy whom we all suspect of engineering and orchestrating stuff for nefarious reasons he’s not revealing? That weird private investigator for Brendan’s defense. He’s up to something, but we can’t figure out what or why. And he’s just smart enough to pull it off. 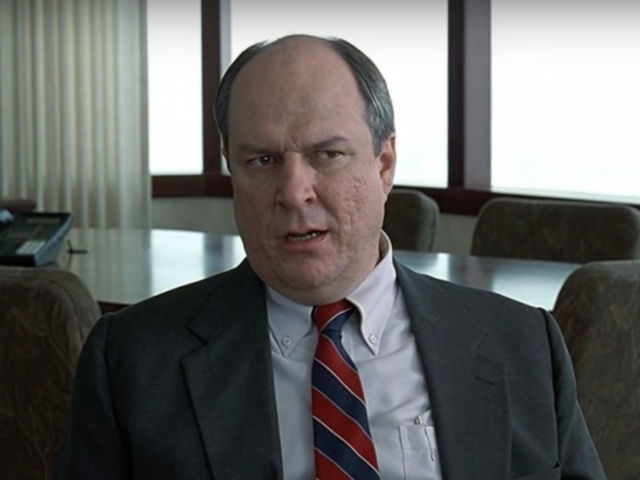 There’s no wood chipper, but there was a burn barrel. The crime was grisly, horrific.

There aren’t really characters in Fargo who remind me of Avery’s sharp and smart defense attorneys Dean Strang and Jerry Buting. They’re "too city." All the reporters are too. I considered Marge’s Minneapolis high school friend, Ken Yanagita, but I doubt the brilliant Buting or Strang live in their parents’ basement.