Every few years, we remind you about Chief, the hard-rocking Milwaukee band that you should check out. Why? Not because frontman Chris Tischler compares Chief to Van Halen and Judas Priest, although that's a pretty good reason to give them a listen, since they're excellent musicians.

Every few years, it’s our civic duty to remind you about Chief, the hard-rocking Milwaukee band that you owe it to yourself to check out.

Why? Not because frontman Chris Tischer compares Chief to Van Halen and Judas Priest, although that’s a pretty good reason to give the band a listen – they’re excellent musicians ... and on their Soundcloud page, they refer to themselves as "the greatest rock band on Earth."

No, it’s because you already know Tischler’s and drummer Matt Liban’s much more visible gig, The Five Card Studs, and it’s pretty interesting when they put their talents to "serious" work.

Along with Dave Benton, Chief doesn’t play out too often, but they are doing a gig at the Nomad World Pub on Dec. 15. That’s an interesting venue to hear this rock band, because the Nomad doesn’t do live music too much anymore.

Chief is rocking hard through its 11th year – The Studs are 21 now – and Tischler understands that his serious music sometimes takes a backseat to his lounge cover act. "It's difficult being in Pick 'N Save, choosing your bread, and then have somebody yell, ‘Hey, Caesar, this one's for the ladies!'" 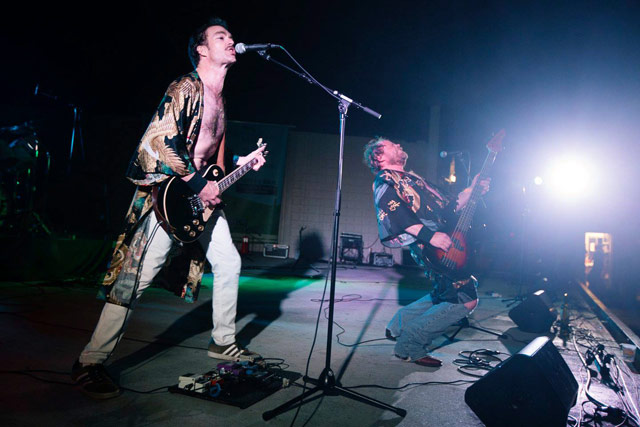 But Tischler is still passionate about his other band, and Chief’s powerful, metal sound.

"We take our music very seriously, even if sometimes lyrically it might not sound serious," he says. "Singing about swords stabbing the sun and slaughter stones and sh*t, sure, that's not our day-to-day existence, but when you find a way to escape in fantastical lyrics, whether they might sound silly or not, you can take that and take it seriously in its own way."

When a band is composed of such talented musicians, he says there’s plenty of room for musical exploration. "It's a loud rock band, but within that parameter, we can touch on rock, touch on blues, we can touch on mellow," he says.

And for Benton, he still loves hearing the music his band plays, especially when it’s live at a gig – big or small.

"The site of the show makes absolutely no difference whatsoever, the rush is the same," says Benton. "It’s the same on a huge stage as it is on a small stage. It’s always just a pleasure playing the kind of music that we play."

Tischler, 48, says he’s fortunate to be in a group like Chief.

"All the bands that I'm in, all the individual members, whether they say it out loud or not, take pride in what they do," says Tischler. "I'm lucky to be playing with some of the best players of their own instruments in the whole damn state."

In other words, the bandmates are each other’s biggest fans.

Says Benton, "You are putting (yourself) out there to be judged, and most normal people don't want to do that. It takes some moxie, and what Chief has is unusual: kind of a positive reinforcement feedback." 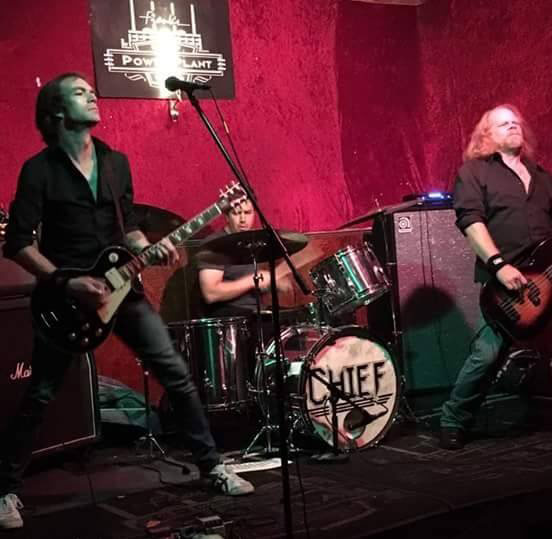 To that extent, the members of Chief are among that rare group of local musicians who have made music their full-time jobs. "I'm too stubborn to stop," Tischler says. "I just keep doing it.

And, says Benton, Chief is always a team effort.

"When we are writing songs," he says, "it's never done until everyone gives their full approval."