Abstractly speaking, the Milwaukee band scene is a series of overlapping and intersecting circles, meaning lots of musicians have played with the same people but in different bands and at different times.

"It gets a little incestuous," says BJ Seidel, frontman for Dramatic Lovers.

Such is the case with the musical groups behind Rock Around The Wreath, a holiday show that takes place Friday, Dec. 22 at Tonic Tavern, 2335 S. Kinnickinnic Ave.

"This wasn’t intentional, but we realized a lot of people in these bands played with each other in various forms," says Seidel. "We also all have the same practice space."

The Dramatic Lovers will headline the show, which begins at 9 p.m., along with Rx Drugs (featuring Scott Schoenbeck), Hello Face and Jayk. All four of the bands are donating their time and talent, and 100 percent of the proceeds will go to the Hunger Task Force. Thus, a $5 donation – or more – is encouraged.

Seidel says it’s a holiday show that’s all about giving back, but when asked if holiday songs were a part of his setlist, he simply said, "No." (That’s definitely a selling point for some.) 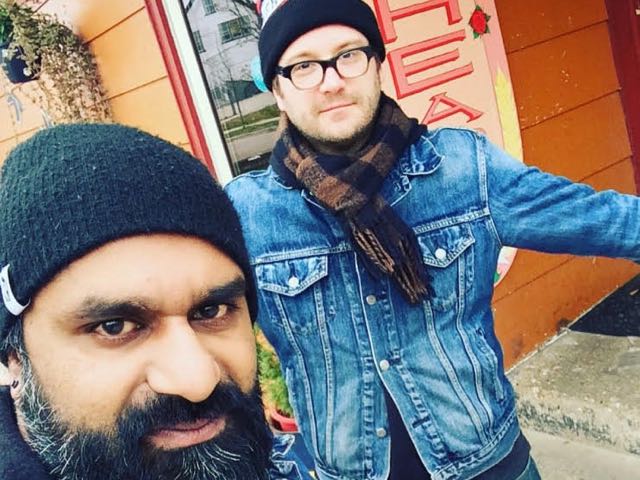