What began as a simple personal challenge became a practice of living outside her comfort zone.

Asian food is one of my favorite cuisines, partly due to the experience of dining in a Chinese or Japanese restaurant. The beaming Buddhas, the supple, sticky, steamed rice and, sometimes, skinny rectangles of paper reading "the usefulness of a cup is in its emptiness" or "nothing is impossible to a willing heart."

And every Asian noshing adventure includes chopsticks. There’s no pressure to use them, there’s often a fork that’s readily available, but I usually accept the challenge, split the disposable wooden sticks into two pieces and fumble to snag a water chestnut or stalk of steamed broccoli.

This summer, while eating at our favorite Japanese restaurant, I suggested to my family that we attempt to use solely chopsticks to transport food from plate to palate for one week. Although the "dare" piqued their interest momentarily,  ultimately they did not oblige and returned to fumbling to pinch single grains of rice with their chopsticks. 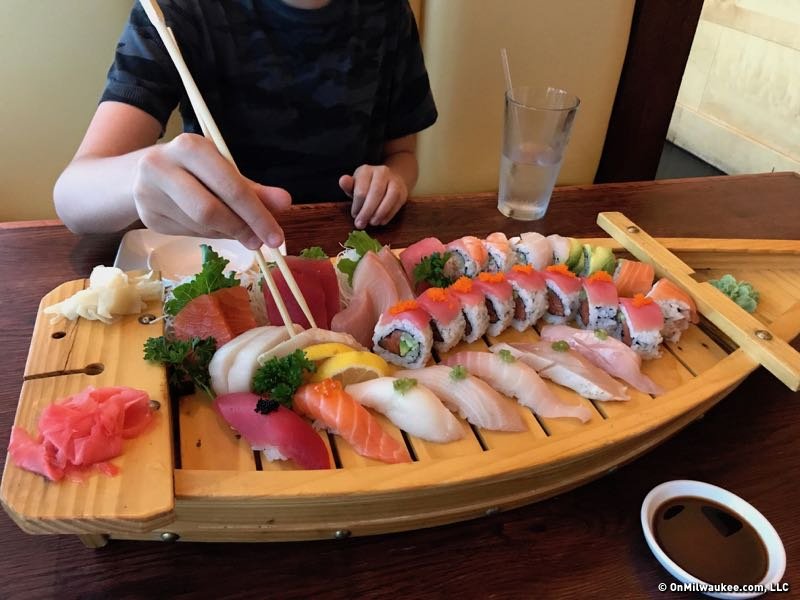 During that fateful meal – just as my sons switched to spoons and devoured their green tea ice cream – I decided to take the "chopstick challenge" by myself and exclusively use the 2,000-year-old eating utensils for seven days.

For the first day, I awkwardly toted around my favorite chopsticks recovered from a random kitchen drawer – a black pair adorned with plum blossoms – wrapped in a paper towel. Luckily my friend Sarah, who happens to be Korean, saw me later that morning stabbing an egg bake at a business breakfast and, from her phone, ordered me a pair of stainless steel travel chopsticks that arrived from Amazon later that day. The right tools for an experiment are essential. (Put that in a fortune cookie.) 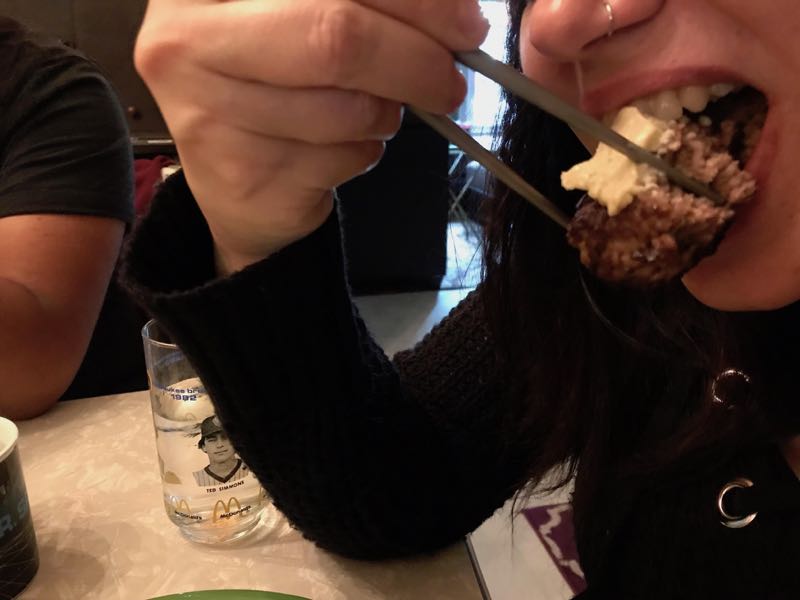 Using chopsticks in everyday Milwaukee – when not in an Asian restaurant – invites glances from strangers. Especially because I didn't modify where I ate during my chopstick challenge nor did I let myself off easy by seeking out stir fries for days. Instead I moved from meal to meal like I would at any other time, without thinking about what it would be like eating with chopsticks until I had a plate in front of me. I admit, the Mexican dinner was graceless.

When I met business colleagues or friends for a meal – which commonly happens in my line of work – I originally explained why I was eating a falafel sandwich with chopsticks. But after a couple of days, I stopped. I fought feelings of "ugh, they must think I’m a total hipster doofus" and "I hope no one thinks I'm living out an Ally-Sheedy-in -'Breakfast Club’ fantasy."

But part of the challenge was doing something outside of American social norms. I remembered doing such things in college when I was bolder and even less groomed, like not turning around in an elevator to face the doors after getting on or asking a stranger in a restaurant if I could sample their entree because I was considering ordering the same one. (Not surprisingly, no one ever said yes to this.)

Eventually during the week of the challenge I stopped explaining myself and my food tools of choice and I only answered the questions that came my way and stopped wondering what others were thinking. Plus, I usually had tight schedule for lunch and I like to eat so time was of the essence. 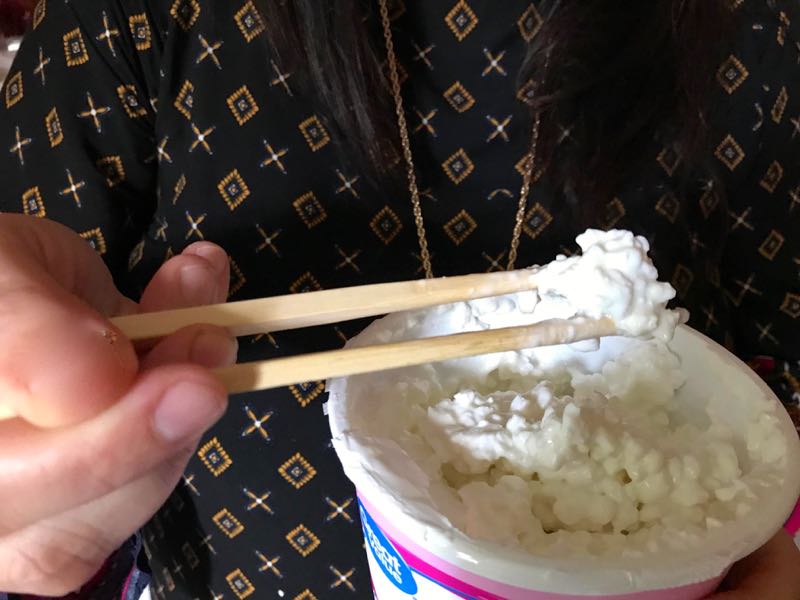 I started the week sometimes "cheating" with my chopsticks – stabbing burgers and bringing the impaled morsel to my lips like a a taffy apple (this way of yielding 'sticks tends to be considered rude across Asian cultures) – or avoiding them altogether by ordering something like soup which I could drink. 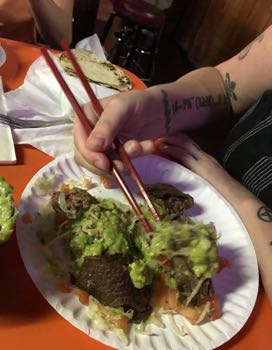 But other times I felt more adventuresome and accepted my own challenge and by Wednesday of  the challenge, smack dab in the middle of my fork-free week, I got pretty good at chopstick-ing. Not catch-a-fly-in-the-air good, but I got about 75 percent of my food into my trap on the first try.

I did modify my meals at home somewhat to accommodate my chopstick use. I ate more vegetables and strips of meat rather then whole chicken breasts or turkey thighs. I found myself naturally eating fewer carbs because in the world of chopsticks there is little-to-no place for tortillas and hotdog buns. Were chopsticks forcing me to eat healthier? 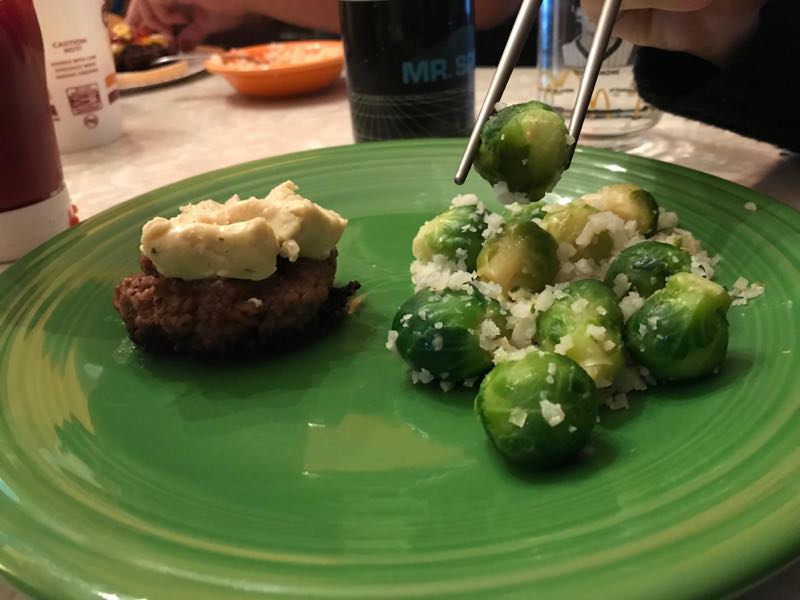 At the end of the week, I thought briefly about doing it longer, but decided to go back to American utensils. I wasn't willing to live a spork-less life; however, it's clear as broth to me that the chopsticks challenge had nothing to do with food and everything to do with living life outside of my comfort zone. Chew on that, Grasshopper.