What is Cinco de Mayo like for local Mexican businesses?

What's the economic impact of Cinco de Mayo in the Hispanic community? How do local establishments view a day that isn't really celebrated in Mexico but is an unofficial American holiday? What is May 5 like for Mexican-owned businesses?

Like most media outlets this week, during a recent editorial meeting, OnMilwaukee discussed how to cover Cinco de Mayo. As with anything else, we asked ourselves, what do readers want? What do they care about? Well, we'd put out a guide for where to get a really special margarita, we said; we’d probably run a listicle of some places to get tasty nachos; maybe write about authentic restaurants to support and what the day actually represented, etc.

We also, of course, talked about appropriation and ignorance, oversized mustaches and sombreros, our pesky national propensity to co-opt culturally significant events and make them drinking occasions and whether we – as white American lifestyle content writers – were even the ones that should be attempting something more socially probing. And don’t worry; this isn’t a gringo #thinkpiece on any of that.

But we did want to think about it a little bit. I was curious what the economic impact of Cinco de Mayo is in the Hispanic community, how local establishments view a day that isn’t really celebrated in Mexico outside of Puebla – site of the 1862 victory over France during the Franco-Mexican War; just at least know that – but has become an unofficial American holiday and also whether potential profits allay concerns about cultural contempt. Basically, what’s May 5 like for Mexican-owned businesses?

As that somewhat self-serious, though still warranted, editorial meeting discussion might suggest, when I started making calls for this story, I expected to hear sentiments that confirmed such handwringing – cries of exploitation, clamors of drunken disrespect, at least complaints about people mistakenly believing it’s Mexican Independence Day (that’s on September 16). I didn’t get that – though, certainly, there are those that reasonably feel that way, especially on the internet – and I didn’t even really get shrugged shoulders.

Instead, the responses mostly ran the agreeable gamut from: Cinco de Mayo is a unifying opportunity for society, to it’s good for business, to it’s fun and I’m not sensitive. The main grievance was about non-Mexican-owned businesses ripping off and cashing in on their culture, which is certainly a legitimate gripe, but I wanted to focus on the impact and experience in the Hispanic community.

So what is Cinco de Mayo really like for Milwaukee businesses?

"We view it as a very positive opportunity to celebrate our culture," says Jorge Franco, president and CEO of the Hispanic Chamber of Commerce of Wisconsin, headquartered at 1021 W. National Ave. "It’s a chance for Hispanics and non-Hispanics to come together and bond, network and engage with each other."

Franco’s organization represents the fast-growing interests of more than 10,000 Hispanic-owned companies in Wisconsin and approximately 600,000 Latinas and Latinos in the state’s high-growth Hispanic labor market, which he emphasizes possesses an "outstanding work ethic." In just a few years, HCCW’s workforce development program has already become a national leader in private sector-funded workforce development solutions. He says Cinco de Mayo has a "very favorable economic impact," and while the evidence is just anecdotal, his supposition would be the one to trust.

"We don’t have the data at that granular level; it’s difficult to track that," he says of day-to-day, B2B bottom lines. "But we have a very good sense of the businesses in the community, both Hispanic and non-Hispanic, and my own perception of their views is very positive toward Cinco de Mayo."

When Franco walks into La Fuente or Botanas on most nights, the clientele is largely non-Hispanic; people come to the Sixth Street neighborhood and the South Side to enjoy Mexican culture and cuisine, he says. Not everyone out on Cinco de Mayo is going to know about Ignacio Zaragoza, the Texas-born general who led the vastly outnumbered and undersupplied Mexican army to its symbolic, resistance-bolstering victory over the French at Puebla on May 5, 1862. And, he adds with a laugh, the history is not a topic that comes up often – or needs to be forced on people – on Friday.

"Not at all," he says when asked if Cinco de Mayo celebrations have become overly objectionable – whether Corona-binge-drinking sombrero-wearing outweighs commercial benefit. Franco reiterates that it’s "another opportunity" to introduce people to and cultivate Hispanic culture; moreover, "We recognize that it has become something important culturally," on its own – particularly among Mexican-Americans and those supportive of and involved in the community.

"It’s a time to unify both Hispanic and non-Hispanic cultures and celebrate together," he says, alluding implicitly to the present socio-political climate. "It’s a time of unification for the community."

While Franco wasn’t able to speak specifically to the individual economic impact he knew was felt in the community on Cinco de Mayo, a couple of local businesspeople certainly could. One, a small grocery and convenience store owner on the near South Side who preferred his name not be used, said, "I sell beer all day" and called May 5 "probably my best day of the year." When I asked, sort of joking, if it was all Corona, Dos Equis and Tecate, he told me adamantly that Miller Lite and High Life were "definitely" the bestsellers.

Roxanna Huerta, one of the co-owners of Tu Casa Mexican Restaurant, 3710 W. Lincoln Ave., was similarly optimistic. Huerta, who had a financial background from working at Northwestern Mutual, opened Tu Casa – formerly called Casa Noble – with her husband Jerry in the summer of 2015, so last year was her first Cinco de Mayo as a restaurateur. It went well. 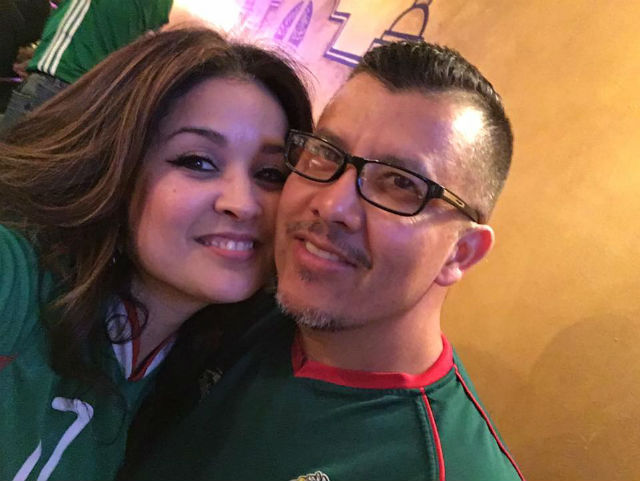 "It was an amazing night for us," Huerta says. "Being a new restaurant at the time, we had probably three-to-four times the usual number of customers. By 6 p.m., we were completely full."

And, now that Tu Casa has had another year to grow and gain awareness, "We’re expecting to beat last year, in terms of profit and guests," she says.

Viewing it as a major revenue generator, the Huertas and their managers started planning for Cinco de Mayo a couple months ago, adding extra staff, mariachi bands, a special menu and more margaritas – which is notable, considering their margarita menu is already pretty impressive, including Tamarindo, Guava, Mangonada and the five-flavor Jerry’s Special, among others. Huerta says the restaurant was getting calls three weeks ago for reservations.

Roxanna was born and raised in Milwaukee – though she went to Mexico regularly with her family growing up – and Jerry is from Mexico. Tu Casa, she says, strives for authenticity above all else, and it still will Friday, even though on Cinco de Mayo the general tacos-and-tequila cuisine reigns supreme. "I feel that for Mexican restaurants it’s one of the biggest days, and we profit from it," she says. "It’s an acknowledgment of our culture, and when individuals recognize our culture, it is a blessing."

Mexico’s Día de la Independencia is commemorated on September 16, the anniversary of the revolutionary priest Miguel Hidalgo y Costilla’s famous "Grito de Dolores" ("Cry of Dolores"), a call to arms that became a declaration of war against the Spanish in 1810, more than 50 years before the Battle of Puebla. Huerta knows people misunderstand the history, but it doesn’t bother her, especially when it comes to business.

"On September 16, my restaurant will not get half as full as on Cinco de Mayo," she says. "On St. Patrick’s Day, everyone is Irish. That’s what we’re all about in America; it’s a melting pot."

Huerta insists she takes no insult from and has no resentment toward the celebrations of Cinco de Mayo. She calls it a "feel-good day" and says, if anything, people she knows in the Mexican community just laugh about how it’s such an arbitrarily big deal here.

"There are a lot of lighthearted conversations about the confusion and how it’s not really celebrated in Mexico," she says. "But in my opinion, I really don’t think individuals take it as offense to the culture at all."

When talking to a couple of Mexican-American friends about this story, neither of whom runs a business that might profit from Cinco de Mayo, the feelings were less Pollyannic but still overall unbothered by the revelry and Americanism. They referred to it "Cinco de Drinko" or "The Battle of Drinko de Mayo," and both likened it to similarly appropriated St. Patrick’s Day.

"I don't know how it became such a huge holiday here, but I'm sure it's been warped from its original celebration," one told me. "It’s a frustrating paradox that I'm OK with. On one hand, there will always be the fear of Mexican immigrants and how we contribute very little to society, but those same people will go out on (Friday) to consume and provide business to Mexican-owned restaurants. What I have a problem with are people of non-Mexican origins opening up taquerias and restaurants and making money off a culture that is not theirs.

"In that case, I don't like that the money being generated by the business is not going back into the community. Then again, it's probably not coming from the community as it is. But culture is meant to be respected, celebrated and shared, not reduced to or watered down for easy consumption."

Or, as another friend said: "I know people who get pretty upset about how Americans tend to celebrate the holiday, especially since they think it’s our Independence Day. But I’m not very sensitive. I mean, I celebrate St. Patrick's Day."

Local restaurants you can support for Cinco de Mayo