Time flies when you're having fun. Just ask Julie Hollingsworth and Jeff Swanson, owners of City Market, which recently finished out its 20th year in business this past summer.

"The time has gone so fast," says Hollingsworth. "And when I think back on all the sleepless nights and long days, it’s really remarkable. On the one hand, it’s hard to believe it’s been two decades already; and on the other hand, it sometimes feels like it’s been so much longer than that."

It was 1997 when Hollingsworth and Swanson opened their first location in Shorewood. They poured their heart and soul into the café, working to build their dream: a gathering place that offered premium-quality items, artisan breads, bakery and coffee drinks. 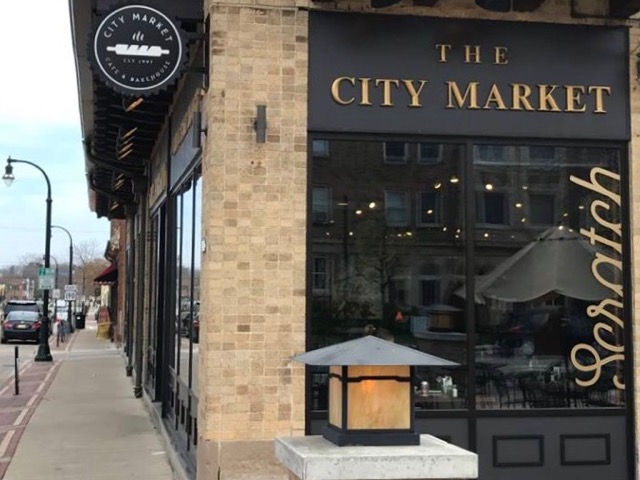 "We did almost all the demo for the store," Hollingsworth says. "We painted and did so much of the work. I'll never forget. It was pouring rain the day the bread oven was delivered. Jeff opened up the back of the semi and there were just a million parts. And we carried them all in in the rain."

Swanson notes that while he was training the first round of bakers and pastry chefs, he worked around the clock. "I recall there were times that I had to sleep in the window at night," he says. "I’d just take a break and lie down. I remember it being really cold."

She says their first loyal customers were likely gleaned from the early days before opening, when they were testing out the ovens and baking bread to perfect their recipes. "We still had paper on the windows, but we had loaves and loaves of fresh bread that we’d give to people who happened to be walking by."

The goodwill gesture, she says, incited interest in the business and ensured a busy first few days. Unfortunately, she says, their takeoff was a bit rocky.

"I still remember that the day we opened, the cash registers didn’t work," recalls Hollingsworth. "So the staff was sitting there with calculators and making change by hand right out of the registers.

"I also remember that, when we opened, the landlord was so dubious. He’d come in every single day just to make sure we had customers. I remember it was so gratifying when he finally stopped coming in. We felt like we’d finally made it."

Two decades ago, the Milwaukee food scene was just a sparkle in the city’s eye, making it the perfect place for a business like City Market, which was one of the first fast casual concepts in the city.

"It’s hard to believe it now, but there was nothing like this at that time," says Swanson. "There was fine dining and fast food, and really nothing in between. Part of the appeal was how we did things. People could come and eat and do it relatively quickly; but we offered them a more comfortable environment along with details like plates instead of paper-lined baskets."

And, moving forward, it seemed that City Market was consistently ahead of the dining trends.

"Words like ‘scratch baking’ are buzz words today," says Hollingsworth. "But that's been something we’ve always done. We’ve never done a great job of promoting it; it was just the way we operated. Now, food has become a lifestyle choice and consumers are so much more educated about what they eat. So today the challenge for us is to really stay on trend and be responsive to our customers’ needs."

In the beginning, that meant building the bakery's offerings around things that people really enjoyed, including freshly baked cookies and "now famous" fudge turtle pecan brownies. 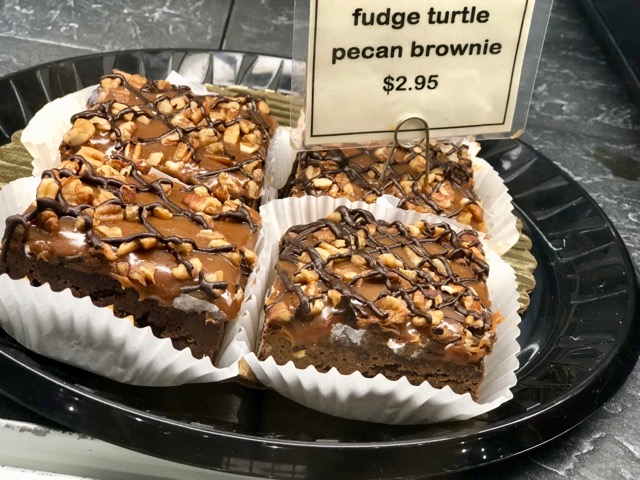 "All of those are things we’ve been doing for a while," Swanson adds, "But we’ve really made a commitment to it over the course of the past few years. In so many ways, we’re really better positioned now than we ever have been before. And that’s not something we could have predicted."

Among the offerings that keep customers coming back to City Market are its freshly baked breads, pastries and desserts for 20 years. When they opened, their bakery was a main draw since so many of the city’s mom and pop bakeries had shuttered due to increased production of grocery store bakery.

"We don’t get credit for being a bakery, ever," notes Swanson. "But, the bakery has been our bread and butter. If we got rid of our pastry case in Shorewood, that would kill us."

And, over the years, Hollingsworth says it’s been interesting to see reactions change to certain items that have been a mainstay.

"We’ve been making iced sugar cookies with smiley faces on them forever," she says. "But in the past few years, so many people are coming in and asking for the ‘emoji cookies.’ It’s definitely a sign of the times." 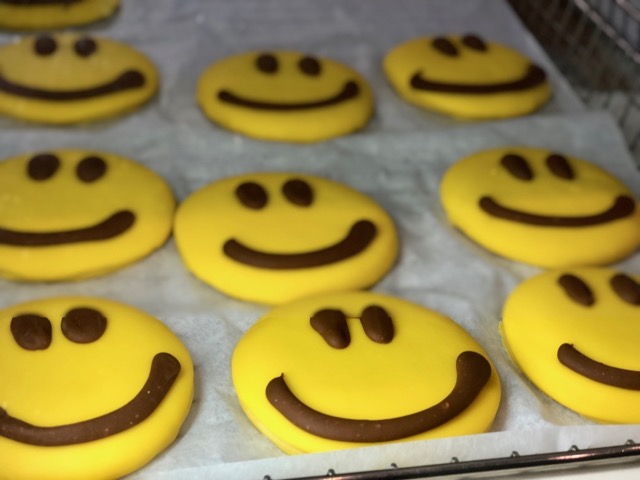 Over the years, City Market has also been faced with tough decisions, including whether to expand the business into a more far-reaching national franchise.

"People ask us all the time why we don’t consider franchising," says Hollingsworth. "And we’ve considered it. But, as we’ve looked at the reality and what we’d need to compromise, it just never made sense."

"We make all of our soups and salads and pies and turnovers and all of our breads … and you’d need to have a hub and spoke model to accommodate that," Swanson adds. "In the end, we’d need a big financial partner to actually make it work."

The decision, Hollingsworth says, is justified in what she sees at the cafes on a daily basis.

"We look around and there are so many people who are in here on a daily basis," she says. "We have regulars who come in every Thursday to eat their regular soup, and customers who come to eat here multiple times a week. It’s such a great testament that so many people continue to support us." 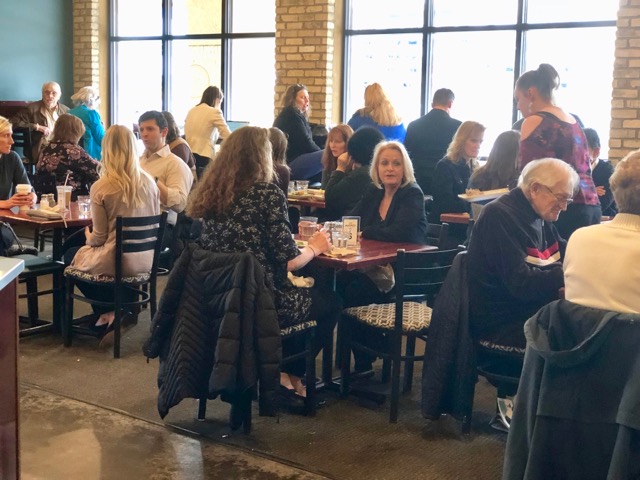 In celebration of its 20th anniversary, City Market launched a "give back" campaign this summer during which staff and their families have participated in walks, runs and volunteer opportunities including making meals for non-profits, donating needed items and giving of their time to support various causes.

Customers can get in on the celebration by visiting City Market’s Shorewood, Wauwatosa and Whitefish Bay locations on Friday, March 9. There will be free slices of homemade anniversary cake as well as a gift card promotion. For every $50 or $100 gift card purchased, customers will receive an additional $10 or $20 gift card (the offer is limited to one purchase per customer).

20 reasons to salute 20 years of OnMilwaukee