The Safe House will be closed during the month of February. But, here's the scoop on what's happening during the renovation, as well as beloved aspects of the espionage-filled space that will remain.

The Safe House will temporarily close its super spy home base during the month of February to facilitate a refresh of its espionage-infused quarters before an expected reopening during the first week in March.

The Milwaukee refresh is just the beginning of a series of covert plans awaiting activation. Agent Peggy Williams-Smith, VP of SafeHouse Restaurants, says that the Marcus Corporation has big plans for the iconic Milwaukee spot, including taking its success to other markets.

The first of an unknown number of locations has already been identified, according to Williams-Smith, though at the time of our conversation she would not reveal the location. She did indicate that, although new locations will capitalize on the most marketable aspects of Milwaukee’s favorite spy-themed bar and restaurant, there will never be another one quite like it.

"We understand that we can never recreate the original and we don’t want to lose what’s unique to Milwaukee," says Williams-Smith. "Dave Baldwin was a creative genius, and his entire life was dedicated to creating and inventing things. The Safe House is the culmination of 50 years of his passion for the city, for the bar and nightclub industry, and for espionage and spy culture."

Comforted by that news, we grilled Williams-Smith a bit further, probing her for intel on what folks can expect when the Safe House re-opens in March.

Here’s what we learned:

1. Some things will move around

Yes, artifacts will be rejiggered. Wooden paneling will be retouched. And seating areas will get an upgrade (though you’ll still be able to travel to Paris, Asia, Great Britain, Germany, the Mediterranean and Russia, along with the International sector). In addition, most of the flooring will be replaced (exception granted for the cobblestones in the French sector and the keyhole-adorned dance floor which will continue to host shagadelic dance parties each night after 10 p.m.)

Thank the good Lord, we will be able to continue to press our eager hands to Burt’s big red heart well into the next millennium. You’ll be happy to note that the buttcam isn’t going anywhere either. And you’ll still be able to spy on your boyfriend at the bar from the comfort of the bathroom. 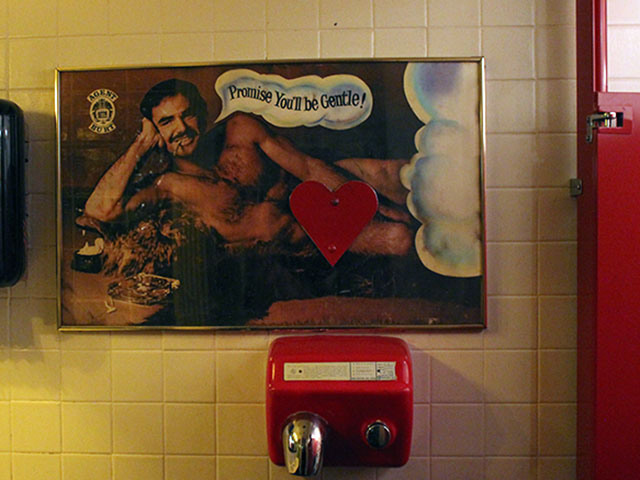 2. There will be new spy-themed edibles

During the renovation, improvements will made to the Safe House kitchen, including a slight expansion of the chefs’ quarters and a new, more efficient service window.  As for the menu, Chef Mark Weber of Mason Street Grill is assisting in the creation of items that more closely align with their spy-inspired names. And don’t worry, there won’t be anything fancy or fussy about it. Just high-quality ingredients and expert preparation of fare like burgers and nachos.

3. The entire front bar will be replaced

There will be new stools and a more modern, efficient bar where agents will be free to eat, drink and enjoy a revamped list of craft cocktails, including the classic spytini, which is always shaken (thanks to the innovative tini-tube) and never stirred. 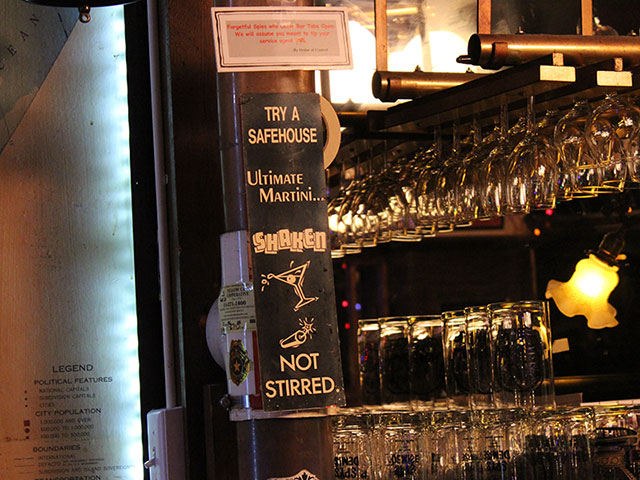 There will also be plenty of "Hail to the Chief" and "Her Majesty's Secret Service" experiences to whet your undercover whistle. And you won’t get lost heading to your next mission since the world map identifying other safe houses will also stay put. 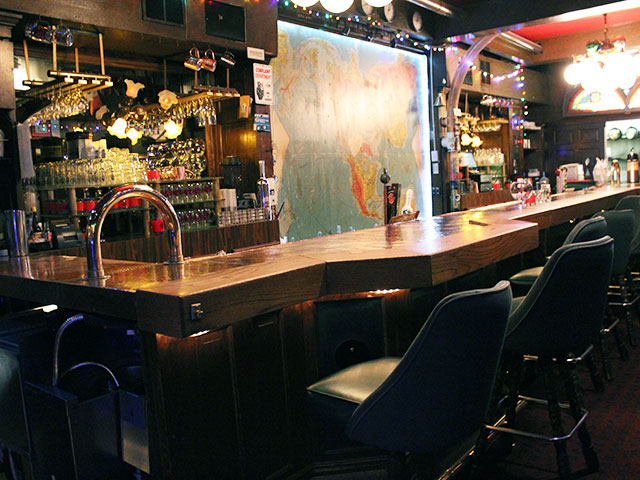 4. The Crafty Instant Alibis (CIA) booth will be upgraded

Ever wanted proof – real proof – that you’re in a particular locale? Need more than simple sound effects to make your spouse believe you’re really in the jungle? The Safe House has your number. And this time, you’ll have real photographic proof of your location. And, in an age of selfies, that’s very, very good news. 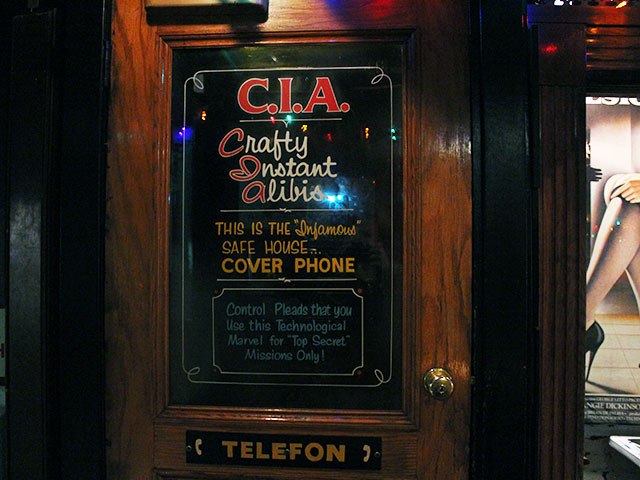 6. The Swiss Chalet will become a super spy specialty shop

Spy devices need replacement? Super under-cover garb getting drab? Fresh new apparel and spy gear will all be available for purchase at the most neutral location in the entire headquarters. 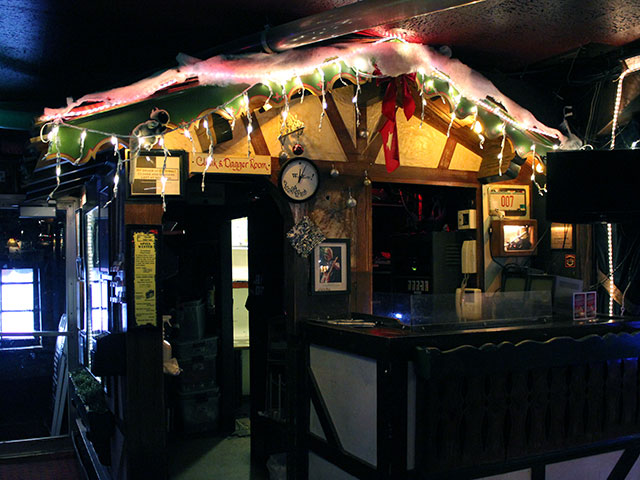 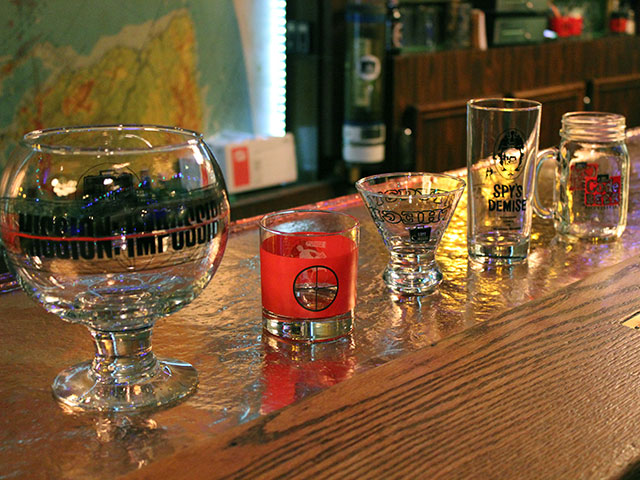 7. The Wisconsin Wall of Honor will remain

Honoring the dedication of soldiers who have passed, this living memorial will be upgraded into a sleek digital format which will allow patrons to get to know the stories of some of the state’s silent heroes. 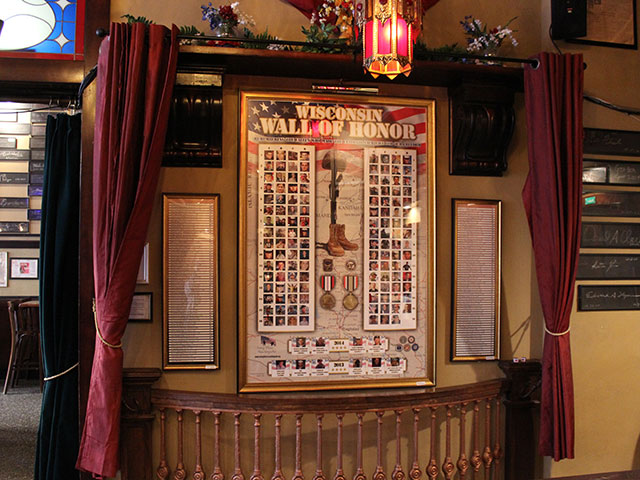 8. AND there will be brand new interactive fun

Of course, now that the Swiss Chalet will hold all the spy goods, there will be no need for the old framed T-shirt display facing the Magic Bar. So, that area will receive potentially the biggest upgrade of all in its transformation into an amazing (yet mysterious) interactive technology-based display. It’s going to be really cool, trust us. Because if we revealed any more detail at this stage of the game, we’d have to kill you. 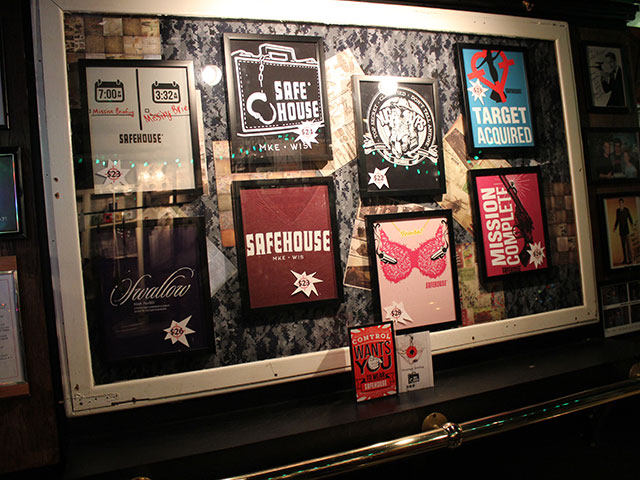 Williams-Smith says that, upon the reopening, The Safe House will also bring back the tradition of adding new components to its impressive collection of cool historical artifacts and oddities every now and again, just to keep things fresh.

In the meantime, agents should prepare. The last day for a clandestine rendezvous to the Safe House will be Jan. 30 on which date there will be a yet undisclosed "Blow Out Party" featuring drink specials and other festive fun. Stay tuned to OnMilwaukee for details.