Eat, Play, Applaud: A royal night out with Red Lion Pub and "Prince of Players"

Paying a visit to Red Lion Pub before seeing The Florentine Opera's production of "Prince of Players" is the best way to experience all of the wonders of England without having to get on a plane.

If you have ever had the good fortune to travel to England, you know that it’s a place that stays with you long after you leave. It promises both residents and tourists a little bit of everything. You get endless excitement and activity in great, bustling cities like London, while simultaneously having opportunities to explore picturesque, serene countrysides in the stunning Lake District.

I had the opportunity to study abroad in London during my sophomore year of college ten years ago, and it is an experience that I frequently replay in my head. My days were spent visiting museums and theaters, wandering through Hyde Park, and exploring neighborhoods without a map or an agenda.

There are many things about England that I took back home to Wisconsin with me after my initial visit all those years ago: a winter coat that I purchased in Notting Hill’s Portobello Market that I still wear (and get compliments on) to this day, several handfuls of Double Decker candy bars and, most important, an unquenchable interest in something that dominates British culture and daily life: The Royal Family.

Throughout my time in London, I couldn’t go anywhere without seeing a picture of the late Princess Diana or hearing of Queen Elizabeth’s reign multiple times a day. Being surrounded by this kind of unrelenting public interest made me hooked, and it’s an enthusiasm I haven’t been able to shake ten years later. Paying attention to the happenings of the royals is a way that I stay connected to British life without being physically there.

Did I wake up at 5:30 in the morning on Saturday, May 19, to watch Prince Harry and Meghan Markle say their wedding vows? Absolutely. Did I watch Prince William and Kate Middleton’s Royal Wedding seven years ago with friends while eating tea sandwiches? You bet I did. Do I watch every new season of Netflix’s "The Crown" within three days of its initial release? Yes, and I don’t feel guilty about it.

But because royal weddings don’t happen often enough (and because "The Crown" season three won’t be released for several months), I constantly seek ways to immerse myself in everything I love about England right here in Wisconsin. So when I heard that the Florentine Opera was presenting "Prince of Players" on Oct. 12 and 14 at the Marcus Center for the Performing Arts, I knew it was the perfect excuse to have a royal night out in Brew City. But OnMilwaukee readers know me well enough to know that a trip to the theater is incomplete without a great meal beforehand. 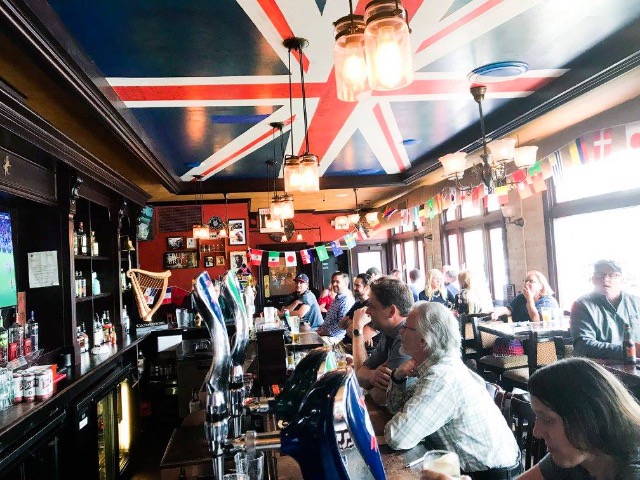 London’s drinking scene is among the best in the world (something people from Wisconsin can surely appreciate), and getting to know the city’s pubs is as essential as a visit to Buckingham Palace during your visit. This activity was all the more thrilling for me because, not yet being of legal drinking age back home, I could take full advantage of Britain’s legal age of 18. And take advantage I did.

No sightseeing excursion was complete without stopping in a neighborhood pub, ordering a pint or two, and scarfing down a plate of the obligatory fish and chips. As a 20-year-old abroad by myself for the first time, the simple act of ordering a Strongbow asserted my independence, and made me feel worldly and sophisticated in a way I hadn’t before.

Fortunately for me, I get to relive that feeling every time I visit Red Lion Pub on Tannery Row. Red Lion Pub is an authentic piece of England right in the heart of Milwaukee; everything about the atmosphere – from the framed soccer jerseys on the walls to the Union Jack flag above the bar – makes you feel that you are a few steps away from Piccadilly Circus.

Red Lion Pub has a vast array of British food and drink, with a wide selection of bottled beer, drafts, draught beer and ciders sure to suit every taste and preference. Personally, every time I visit Red Lion Pub, I order a pint of Strongbow. It was my drink of choice throughout my time in London, and what better way to relive my time in England? 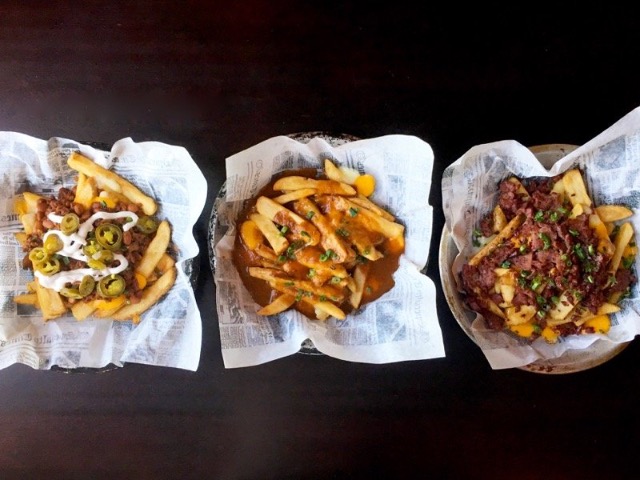 When it comes to ordering food at this charming British tavern, honestly, you really can’t go wrong with anything you choose. That’s because the menu is not only inspired by the best of the UK, but everything on the menu is 100 percent made from scratch. But if you really want to bring the tastes of England across the pond to Downtown Milwaukee, I’d start off with an order of poutine or scotch eggs before diving into a heaping serving of fish and chips or shepherd’s pie. There is no doubt that Red Lion Pub is Milwaukee’s serves as the ideal inspiration to book your next trip to England, or relive the glories of a past one.

Next, things, while still keeping in line with the night's British theme, take a more serious turn on the next step stop, a mere 1.5 miles away from Red Lion Pub. 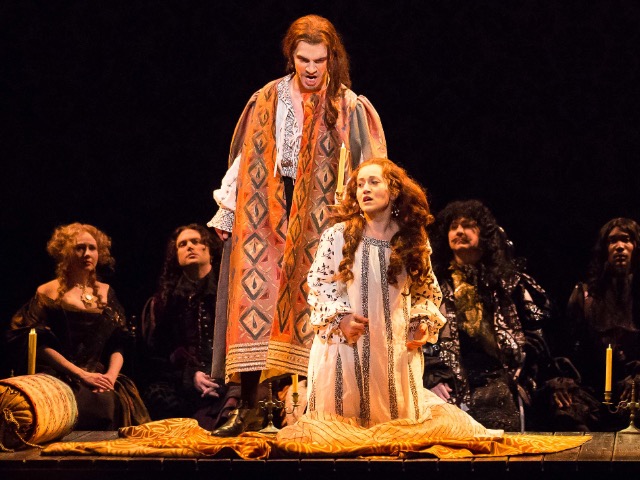 "Prince of Players," set in Restoration-era London and based on historical events, doesn’t center on an actual member of the royal family, but rather, on someone who was long considered to be a king in his craft. Edward Kynaston was one of the last actors of his time to perform women’s roles on the English stage. And for a long time, that was working out great for him; he was idolized for his theatrical skills by both the British public and his fellow actors.

Yes, everything was going well for Edward Kynaston, until King Charles II issued an 11-word edict that was, in essence, this great actor’s death sentence: "No, He shall ere again upon an English stage play She." Once those harsh words are spoken, things take a dark and dramatic turn for our hero as "Prince of Players" follows Kynaston’s brisk fall from stardom, his tragic descent into the low society and his struggle to restore his stage identity against the backdrop of 17th century London. But as we all know, as one star falls, another must rise. Kynaston’s demise is simultaneously met with the meteoric rise of female actor Margaret Hughes, played by acclaimed British soprano Kate Royal. (They couldn’t have found a more perfect name if they tried.)

Thematically, "Prince of Players" makes audience members reflect on the nature of performance and identity, both on and off the stage. More literally, the opera shows what is still true nearly 400 years after this story is set: that the daily life of a common person can be drastically impacted by the actions of royalty. Being royal is more than waving to an adoring crowd from a palace balcony. Their actions, policiesand statements have a profound impact not only on current culture, but how history will view that culture. Henry VIII altered the face of an entire religion just because he wanted to divorce his wife. But, if you don’t want to get that deep about it (or if you had too many pints at Red Lion Pub before the show), "Prince of Players" promises an exceptional night at the opera and an ideal way to immerse yourself in England without leaving town.

Because my bank account doesn’t allow me to make frequent visits across the pond, I try to find ways to bring Great Britain right here in the Brew City. What better way to feel like you’re in the heart of London than spending an evening in the pub? How else can I capture the magic of feeling like a queen than by spending a night at the opera? Paying a visit to Red Lion Pub before seeing The Florentine Opera’s production of "Prince of Players" is the best way to experience all of the wonders of England without even getting on a plane.