Gorman & Co., which has renovated former MPS school buildings into apartments now plans a similar development at the former Edison Middle School at 5372 N. 37th St. The company's stalled plan for McKinley School on Vliet Street is back, too.

And in further good news, Gorman’s Ted Matkom says that a plan to convert the unique former McKinley School, 2001 W. Vliet St., which had seemed all but dead thanks to a financing bid hiccup and an ever-worsening building condition, is now back on track.

In April 2019, an application for WHEDA tax credits was put on hold and Matkom said the McKinley plan to create 36 affordable housing units for veterans and their families was "very questionable." 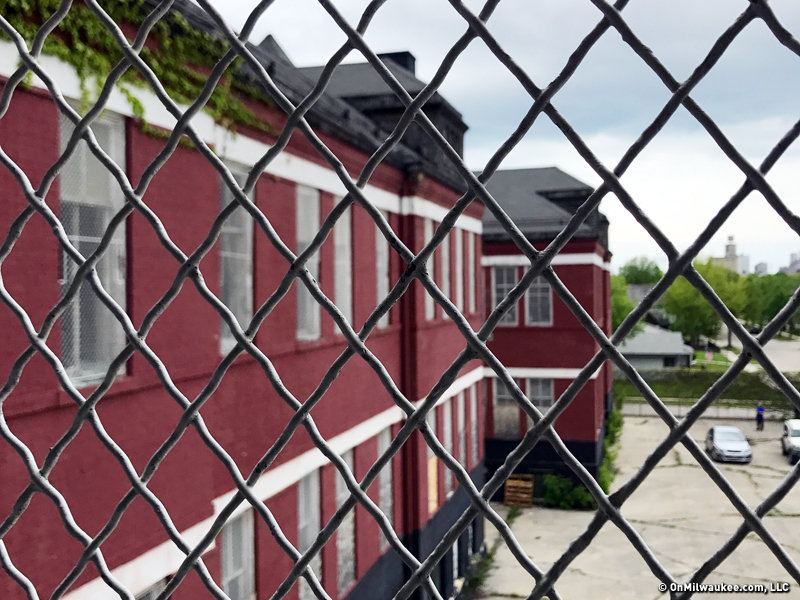 But now, he tells me, "we got credits and (are) closing year-end."

The McKinley School, which is an amalgam of numerous building additions – the survival of which was in doubt after a 2013 fire – is unique among MPS buildings in style and architect; it is the only one known to have been designed by Fred Seyring.

MPS closed the school in the late 1970s and, soon after, sold the building to V.E. Carter, who ran a day care in the building until 2013, when it closed after the fire.

It received historic designation from the city in 2014.

I got a chance to see inside in 2017 after having called the schoolhouse a "Place That Matters."

In advance of the closing of the building sale, some work is currently taking place.

"The City is currently working closely with Gorman on removing the hazards in the building including asbestos, mercury switches, etc.," says the Department of City Development’s David Misky.

"There is a possible TID for the affordable housing piece of the development which may be introduced in September. Our collective hope is they acquire the building by the end of this calendar year."

The Environmental Protection Agency undertook some remediation work, too, in 2016-17.

Meanwhile, up at Edison, Gorman plans a $20 million project to convert the 1924 building designed by architects Van Ryn & DeGelleke as the North Milwaukee High School 64 affordable apartments with another 11 affordable townhouse units on the site.

Gorman will seek federal affordable housing tax credits to help finance the project at the former school, which closed in 2007.

When Milwaukee annexed neighboring North Milwaukee in 1929, the school was rechristened Custer High. When Custer got a new building on Sherman Boulevard, the old building was transformed into Edison Junior High (and later Middle) School.

You can see inside and read about the history of the building here.

Misky says that the sale of the building is expected to arrive at the Common Council for approval in September.

Daughters of Tradition offers a safe space for Indigenous girls