Elevators are changing, some find it confusing

For most of us, the elevator has remained more or less the same during our lives. Well, hold onto your hats, folks, but this is not how elevators work everywhere anymore - nor how they will in the future. A few buildings in Milwaukee have already made the change.

Elevators have been around since ancient times – originally powered by rope and human hands – and, like most things, evolved significantly over the years.

For most of us, however, the elevator remained more or less the same during our lives. We are conditioned to walking up to the elevator banks, pushing an up or down button, waiting (sometimes pressing the button again – completely in vain – if it is taking too long), getting onto the elevator and choosing a numbered floor button.

Well, hold onto your hats, folks, but this is not how elevators work everywhere anymore – nor how they will work in the future.

Recently, the City Center – a 16-story building at 735 N. Water St. that houses, among many other businesses, OnMilwaukee – became the first building with public access to a new school style of elevators, made by Schindler, called "destination dispatch." (Northwestern Mutual has these elevators, too, but they are only accessible to employees, not the public, and recently, the 833 E. Michigan Ave. building installed these elevators, too.) 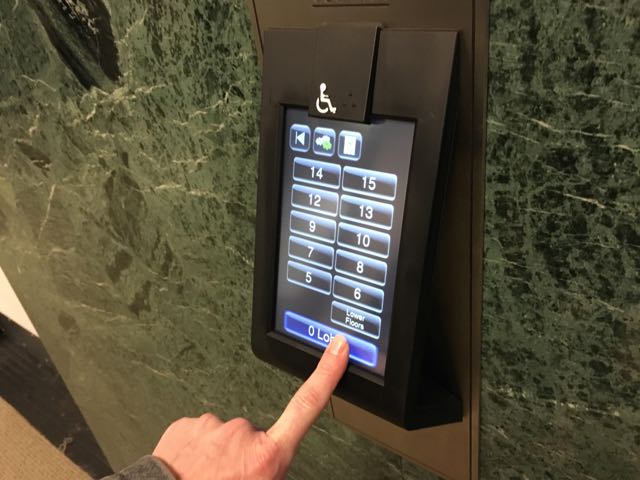 So how are these newfangled "lifts" different?

When a person walks up to the elevator banks, there are no up and down buttons. Instead, there is a touch screen with numbers on it and the person presses the floor number to which they wish to travel. The elevator comes to the ground floor, pre-programmed to go to the requested floor only. So when a person gets on the elevator, there is no numbered buttons inside the car because the elevator already "knows" where to go.

The process causes confusion for some people. Especially those who, out of habit, see open elevator doors, hustle to jump in the car and then are perplexed by the lack of numbered buttons on the inside. However, this new system, once learned, is actually more efficient and was put into the City Center to save time for tenants and guests. 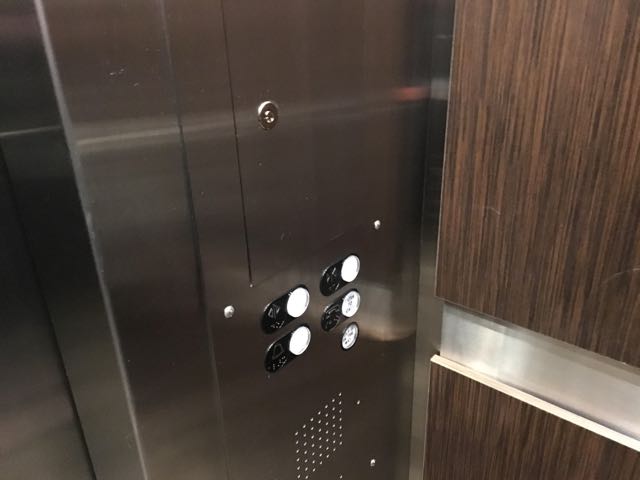 "For the most part as a society we’ve gotten used to touch screens and walking up to touch pads and intuitively knowing what to do," says Sheldon Oppermann, the executive vice president of Compass Properties, the City Center’s management company.

In the past, elevator riders have to stop at numerous floors, but with this model, people are often on the elevator alone and taken directly to their floor. The elevators "know" not to hover on or near the same floors when not in use and even "remember" to be near a certain floor around a certain time if there’s been heavy use in the past.

"The system starts to understand algorithms – when people are going in certain directions and how many people from each floor are moving in a certain way," says Oppermann.

However, some people prefer riding with others and find the new system kind of lonely.

"People have told me they miss bumping into people they know on the elevators or having random conversations with strangers," says Oppermann. "I don’t know that’s a side effect of the new elevators that’s worth giving up the other benefits, but it’s been noted."

There are eight elevator banks in the 100-year-old City Center. The new elevators, which are in the final stages of completion, replaced elevators that were built in 1959.

The new elevators also reduce the chance of a breakdown or an elevator getting "stuck." The machines are now connected to a "home base" that will automatically track when an elevator is operating incorrectly. If a door is closing faster or slower than it usually does, for example, the system will shut down and send a tech out to investigate if there’s a problem.

"Basically, monitors can identify if the elevator is using more power than necessary and will know immediately that something might be wrong," says Oppermann.

Although they are new to Milwaukee, this style of elevator is common in larger cities and will, eventually, replace old-model elevators.

"We are happy to be out in the front with these elevators because, in theory, they offer the shortest wait and trip time," says Oppermann. "When it’s all combined, it makes for a better, much more efficient, elevator experience."

A conversation with N.W.A. founding member and technologist Arabian Prince