The Explorium announces second brewpub will be at the Pritzlaff

Mike Doble, who opened The Explorium Brewpub in Southridge Mall in Greendale in January 2017, has announced that he'll open a second location Downtown in the Pritzlaff Building.

Mike Doble, who opened The Explorium Brewpub in Southridge Mall in Greendale in January 2017, has announced that he'll open a second location Downtown in the Pritzlaff Building by mid-July.

It will occupy a beautiful old loading dock space at 143 W. St. Paul Ave. that has a big door opening onto a former railroad tunnel used to bring materials into and out of the Pritzlaff Hardware Company complex.

The site is just across the river from the Milwaukee Public Market and right next to a streetcar stop.

"The Pritzlaff Building is in an ideal venue for our brewery-restaurant and having on-site parking, an outside patio space and being right on The Hop streetcar route really just makes this the perfect spot for us," Doble said.

"I’m extremely excited to return to the neighborhood where I worked for several years."

"Club Charlie’s (on Menomonee Street) was my hangout," he says.

The Explorium – which was recently among the nominees for best brew pub in a USA Today poll (you can still vote!) – plans to offer the same amenities to customers Downtown as it does in Greendale: 24 brewed-on-site beers on tap in a 10-barrel brewhouse, a full kitchen and an extensive list of bourbon and other liquors and cocktails. It will also serve brunch on weekends from 9 a.m. until 1 p.m.

Doble says he'll hire another brewer for the new location – the opening of which is being managed by the Greendale staff – and is sourcing his tanks from Oconomowoc's Quality Tank Solutions.

"We’re working hard to get all of the equipment built, delivered, and commissioned by late June for the July opening," said Quality's owner Jimmi-Jean Sukys, in a statement.

"The timeline is quick, but having all of our manufacturing right here in Wisconsin helps us to be flexible and responsive. Doing business with Mike is easy as we’ve been down this road before. We’ll have it done on time for him."

As I noted in this recent Urban Spelunking story, the multi-building complex was erected between 1875 and 1919. The building that The Explorium will occupy was put up in 1903. 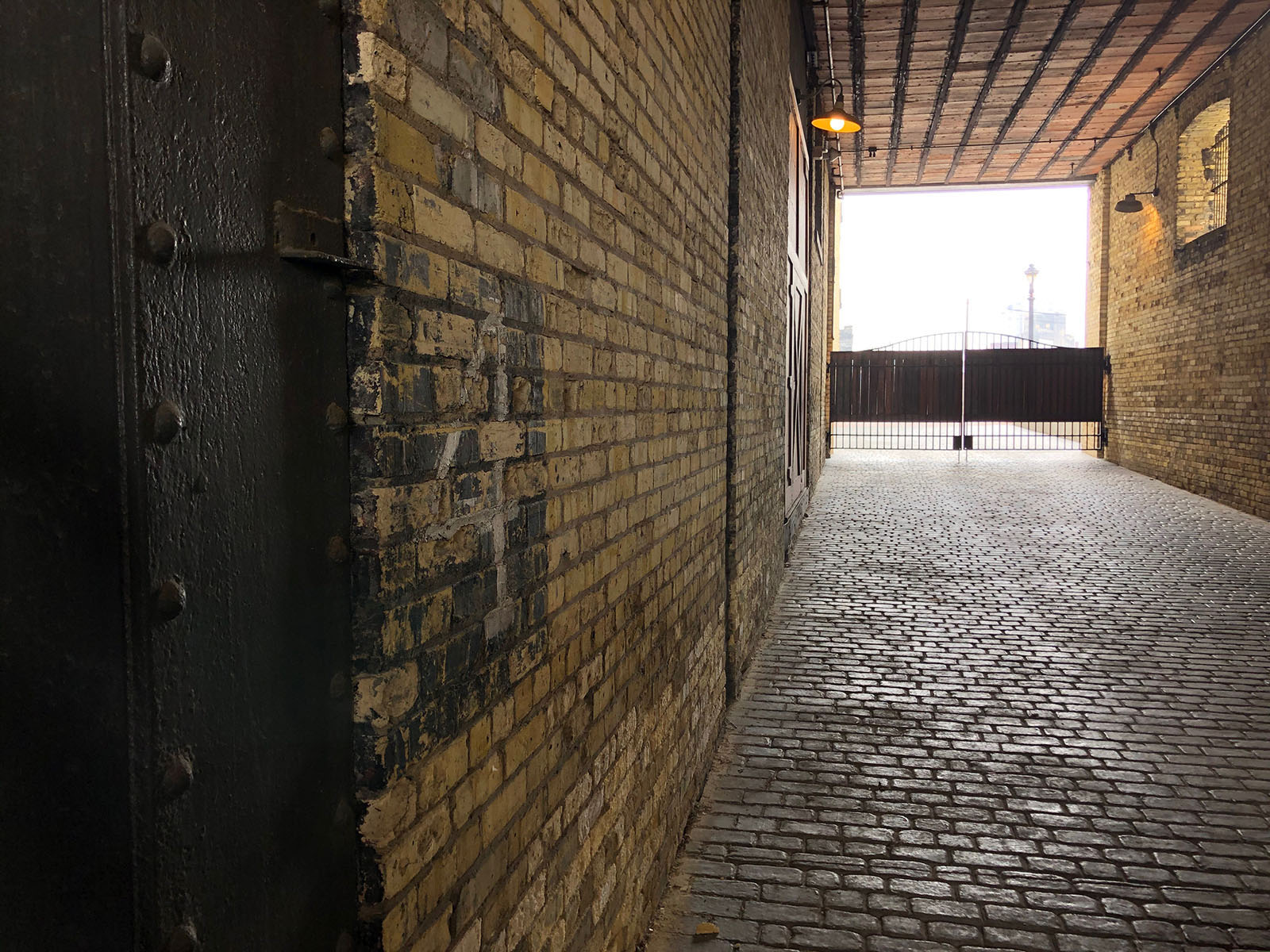 In addition to that brick paved tunnel, which will serve as a patio, the space has windows running along St. Paul Avenue, sturdy timber columns and gorgeous original hardwood floors.

When it opens, the Downtown Explorium will be open daily from 11 a.m. until 10 p.m. (midnight on Fridays and Saturdays).

Although located in the former Fourth Ward, the Pritzlaff complex is considered an extension of the Third Ward district across the Milwaukee River.

Aperitvo Italian bar and restaurant opened on the southeast end of the complex last month.

Less than 2 months after purchase, Pilot Project is opening in old MKE Brewing