Saturday, March 10 marks the fifth installment of Sarah Kriger Hwang and Milt Hwang's event, "Fight MS: Eggroll Style." The homemade Chinese buffet dinner has grown so big that they've finally had to move it out of their Bayside home.

Sarah Kriger Hwang raises more than a lot of money to fight MS, a disease she was diagnosed with 15 years ago. She’s also a tireless crusader for advocacy, and this spring, fundraising and fun will again come together – deliciously – on Milwaukee’s north shore.

Saturday, March 10 marks the fifth year of her family’s event, "Fight MS: Eggroll Style." The homemade Chinese buffet dinner has grown so big that they've finally had to move it out of their Bayside home.

Her husband, Milt, is a legendary Chinese cook among friends and family. He learned from his parents, who were born in China, and at last year’s event, which raised $53,000, Sarah estimates 130 people walked through her door.

This year, the Hwangs are holding the event at Congregation Sinai, 8223 N. Port Washington Rd., which can accommodate a much larger crowd. Milt will cook a Chinese buffet on-site, and Sarah is hoping to raise $60,000 to fight MS. She thinks they can do it.

"I'm thinking we're going to have over 200, maybe as many as possibly 250 guests," Sarah predicts. While the suggested donation for the all-you-can-eat (and drink) party from 6 to 10 p.m. is $25, some donors will give more.

And while the dinner has grown in size, it still touches her that the community is helping her fight for a cure. 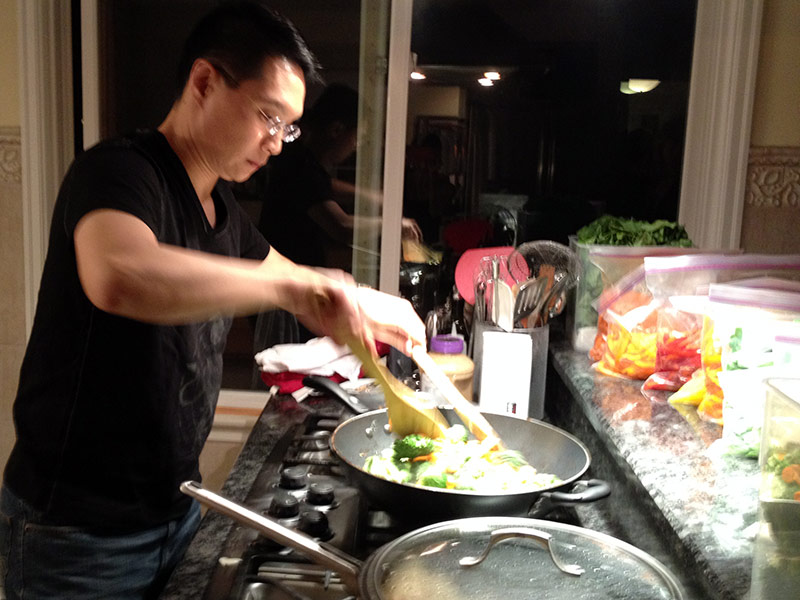 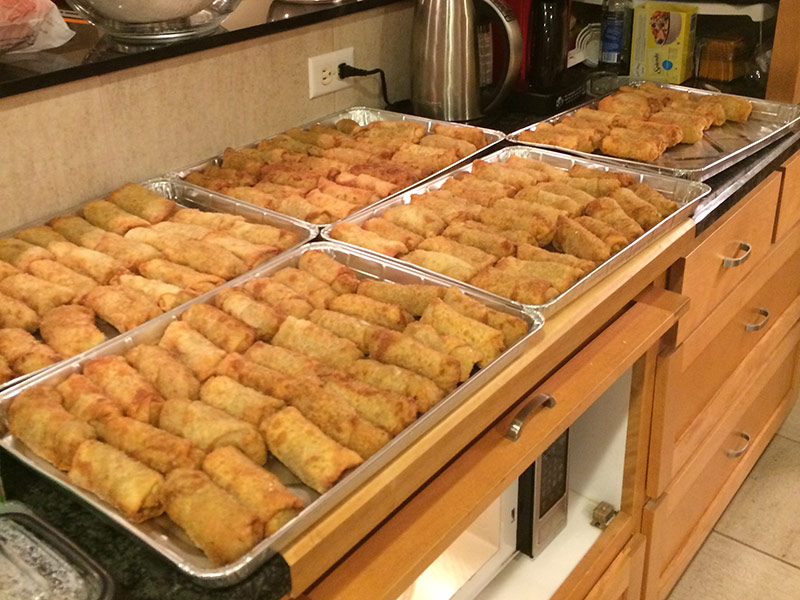 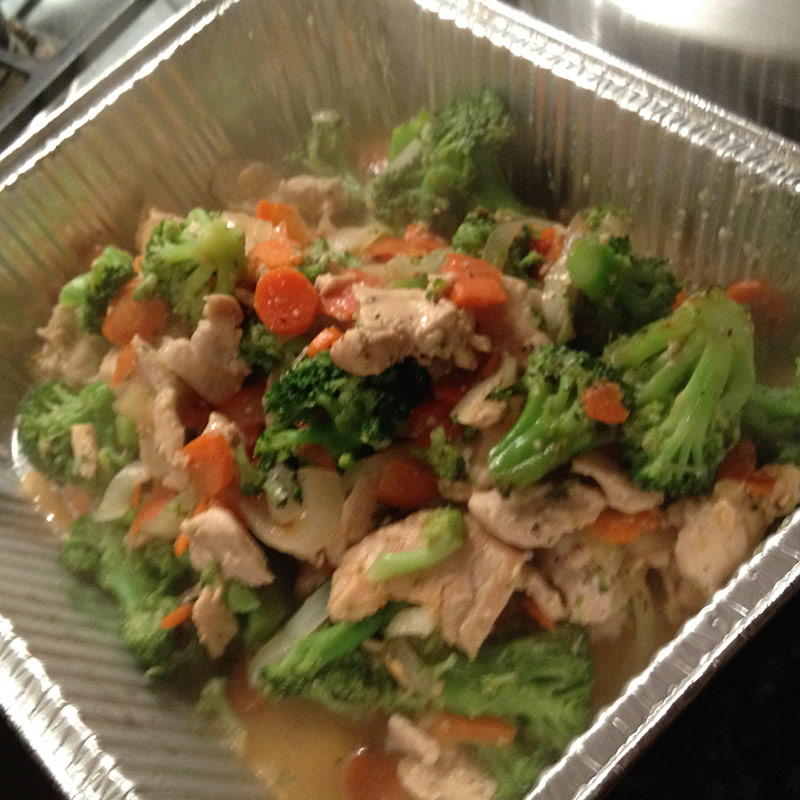 "Yes, people are giving to a cause, but because it's my cause personally along with everyone else that has it, it's very overwhelming to get that kind of support," Sarah says.

Multiple Sclerosis is a progressive and often debilitating disease of the central nervous system. Since 1999, Sarah has worked with the National MS Society, and serves on the Wisconsin Chapter’s Board.

"Since its founding, the National Multiple Sclerosis Society has been a volunteer led organization and we can think of no better example that demonstrates the power of volunteers than Sarah and Milt Hwang and their spectacular Egg Roll Event," says Colleen Kalt, President and CEO, National MS Society - WI Chapter. "When Sarah was diagnosed with MS, I think one of the first things she did was to call the Society, ask for information and then offer to volunteer wherever we needed her. Volunteers were responsible for raising the dollars that fund the research that has lead to all the current treatments for people with MS and they will be the ones who will get us to the goal of ending MS forever."

The Hwang family underwrites the cost of the event, which is much more than egg rolls.

"It’s all stir-fried so the noodles get all crispy, chewy and awesome," says Sarah. "And that's everyone's favorite, so he never changes that dish."

Sarah says they will also serve plenty of vegetarian, vegan and gluten-free fare.
Is Milt, who works in healthcare software by day, intimidated by the idea of cooking for this many people?

Says Sarah, "I think as it scales up and up and up and up, he's getting a little intimidated, but for the most part I think he's jazzed by it. He's sort of good in a chaotic situation." 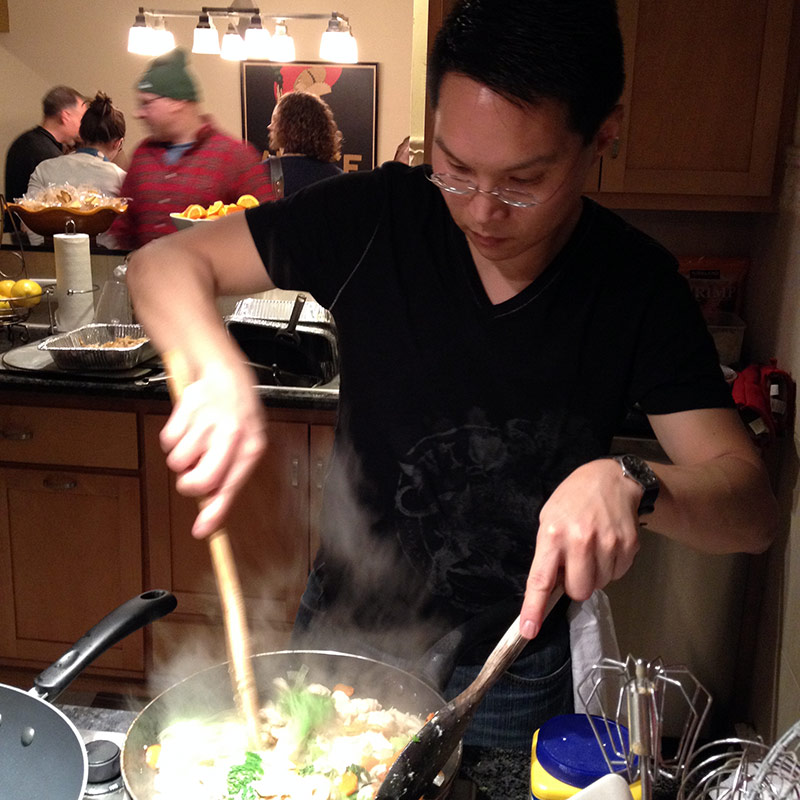 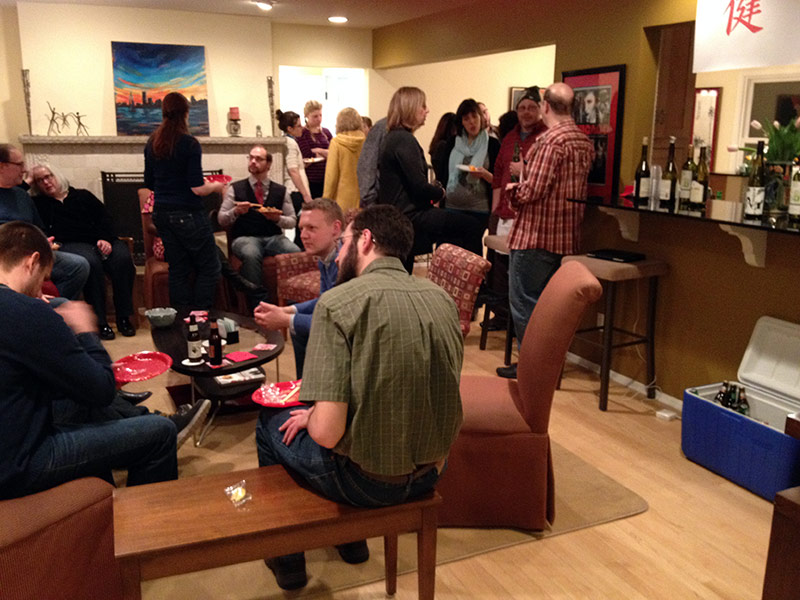 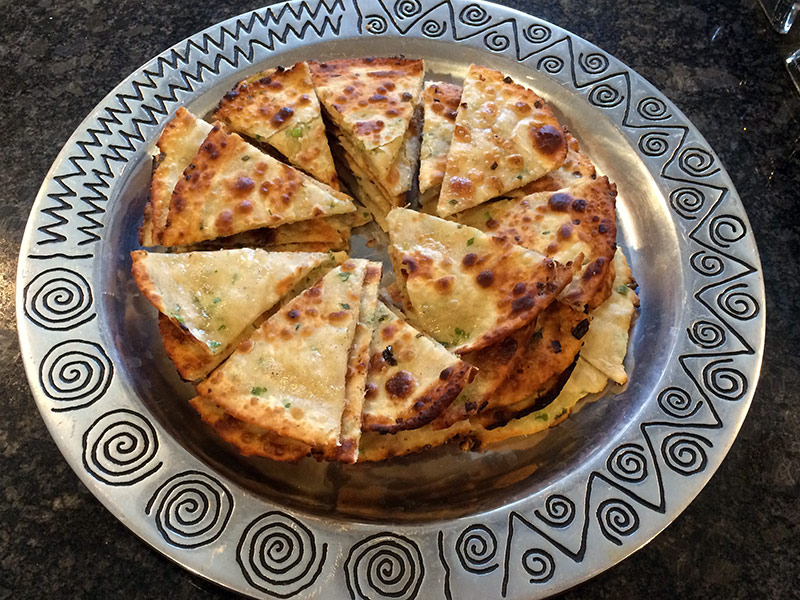 The extra space at Congregation Sinai allows the Hwangs to try out some new elements at this year’s event. They’ll offer four sittings at a chef’s table, as well as a silent auction for Chinese cooking events. They’re also bringing ping pong tables to the dinner that they will donate to Sinai afterwards. Notably, the event is accessible for the disabled.

"This event is personal because it's very personal," says Milt. "It’s literally the story of us."

Because they’re trying to get a handle on how much food to prepare, Sarah says she’s encouraging guests to register online in advance. She says that all the proceeds go toward the MS Society, and she views this as a kickoff to the MS Walk in May.

The National MS Society funds research and support programs for the more than 2.3 million people in the world with MS, many of whom live in our community. And the Hwangs are counting on Milwaukee to do its part.

"It’s an epic event, so much fun," says Sarah. "But what’s got Milt and I floored is how quickly and exponentially it has grown." 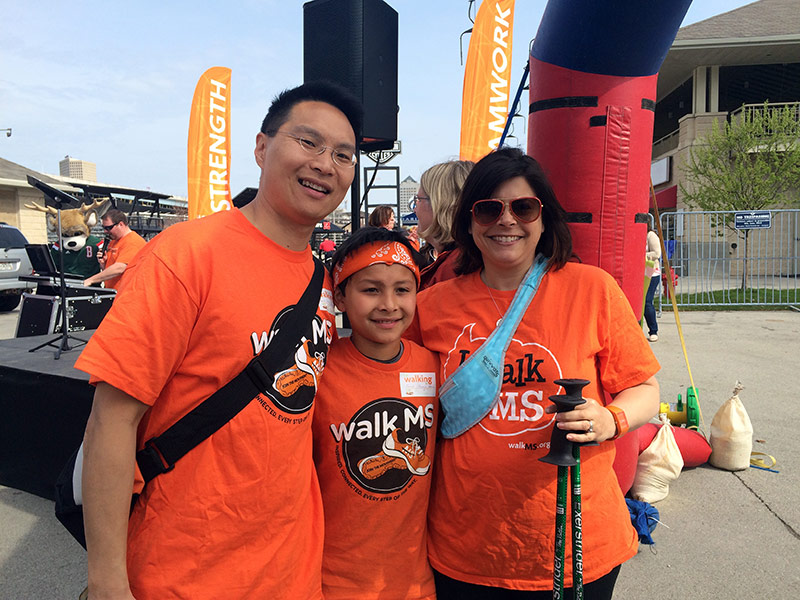