What do food truckers do during the off season?

Food truck season in Milwaukee runs, roughly, from St. Patrick's Day until anywhere from Halloween to early December, depending on the weather. So what do these folks do in the winter time?

During the warmer months in Milwaukee, food trucks have become seemingly ubiquitous, parked everywhere from Downtown to the ‘burbs. Many food truck owners put in 40, 50 or 60 hours every week during peak season because of demand and opportunity.

The food truck season in Milwaukee runs, roughly, from St. Patrick’s Day until anywhere from Halloween to early December, depending on the weather. So what do these folks do in the winter time?

"In years past, when food trucks were more of a novelty, we continued to sell on the street even in the winter," says Scott Baitinger, co-owner of Streetza. "But this year we have lots of corporate catering, weddings and holiday parties booked."

Baitinger – who owns Streetza with Steve Mai – opened the business in 2009. Since then, they have been named the number one food truck in the country according to Bloomberg as well as "One of America's Favorite Food Trucks" by The Food Network. The business, which includes only one food truck, has been covered by more than 600 publications including The Travel Channel and Fox Network.

"We love catering weddings in the winter, too. It’s great to share such a special day with brides, grooms and their families," says Baitinger. "But really, any time of year, we just love serving people amazing pizza."

Erik Irmiger and Amanda Trenbeth are new to the local food truck scene, and launched Sushi Go in the spring of 2015. Hence, this will be their first off season as food truckers. However, they already have big plans for the off season. 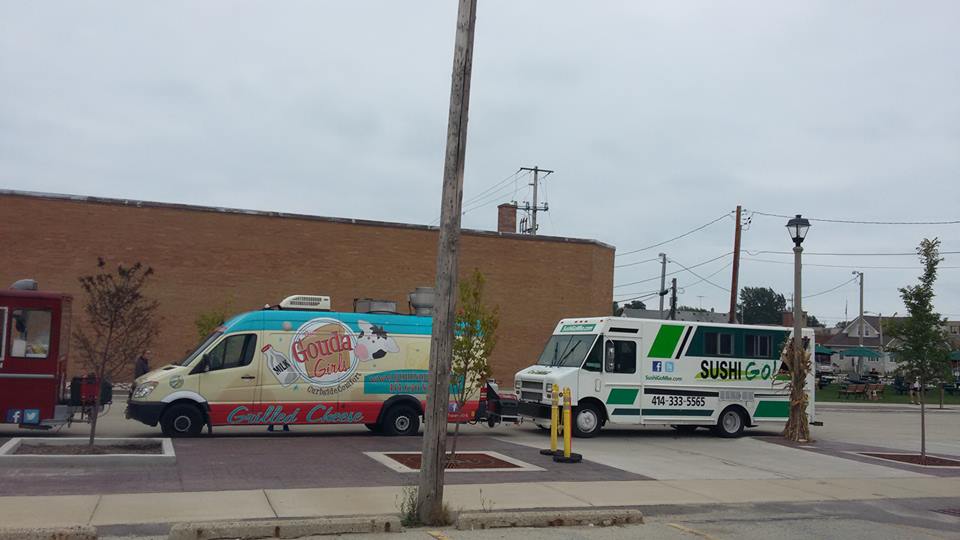 Irmiger says he plans to "fill in the gaps" with salt trucking and Uber driving. He and Trenbeth will also spend time planning for next season.

"The first season went about as expected, meaning that we were both clueless about how to food truck and resourceful enough to make it up as we went along," says Irmiger. "We certainly learned a lot."

Patrick Cullen, owner of Burgermeister, spent last winter having two surgeries. He also did some skiing in Switzerland, where he lived and worked as a chef in the late '90s. During the off season this year, Cullen hopes for no surgeries and more skiing.

"I hope to go to Switzerland to do some skiing again, as well as a trip to Mexico," says Cullen.

Burgermeister serves burgers made from 100 percent, grass fed beef along with other sandwiches including a portobello, black bean and more.

Cullen operates two trucks and may have a third next year. "That’s also in my plans for the winter: to consider and possibly design a third truck," he says.

Chris Jourdan, owner of Eats & Treats, has had his truck on the road for five seasons. He describes his business as having an "odd menu" with 85 percent of it locally sourced from Milwaukee and surrounding areas. These items include burgers, stuffed waffles on a stick, fresh cut fries and shakes and malts made from Purple Door ice cream.

The first year, Jourdan kept the truck on the streets for most of the year, but cut down from 18-20 service outings a week to two or maybe three during the winter months. Jourdan says the key to food trucking in winter is promotion and making people know in advance where the truck will be.

During the summer, he makes regular stops at the West Allis and Greenfield farmers markets, and daily stops at a variety of different locations including Schlitz Park and more.

Jourdan also teaches photography at the University of Wisconsin-Waukesha, which is always helpful income during the off season.

"I enjoy teaching and photography a lot and it used to be my main thing, but now with the truck, it’s more of a hobby," he says. 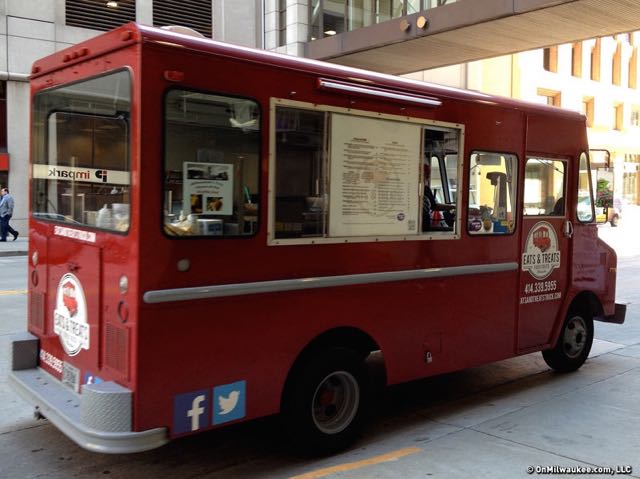