Get Your Ass In Here: Mader's

Sit at the Knight's Bar inside Mader's, order something in a stein, have a schnitzel sandwich and live the good German life for awhile.

In April, the German dining institution Karl Ratzsch’s closed after 113 years of service. In August, John Sidoff, the owner of Von Trier, disclosed the German-themed bar and restaurant would transition into a mid-century cocktail lounge. Both announcements prompted scads of feedback through conversation and social media. People were sad, shocked, pissed off.

"I wanted to keep it the same way, but businesses are based on loyal clientele, and if people don't visit and support the space, it just can't continue," Sidoff told OnMilwaukee.

Sidoff’s statement stuck with me and eventually inspired this series. He was right. As bummed as I was to hear that the steins, murals and bockwurst were on their way out, I realized I hadn’t actually gone to Von Trier in almost a year. And I go out, a lot.

With all of this in mind, I went to Mader’s yesterday. More specifically, to the restaurant’s bar, Knight’s Bar. I am exactly zero percent German, but I grew up in Milwaukee where German culture is everywhere and I appreciate it.

And I don’t want Mader’s to close. Ever. 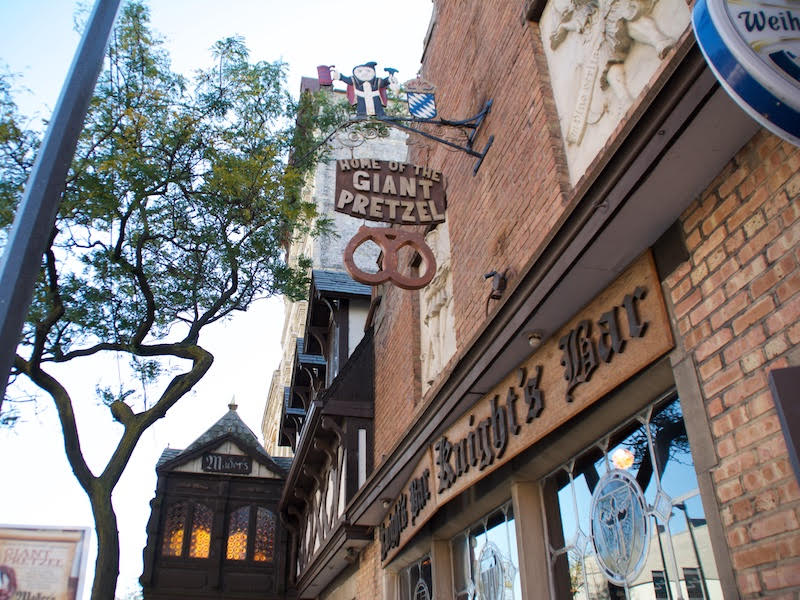 Gary Eggert, a bartender at Knight’s Bar since the ‘80s (he left for a while to pursue a career in photography and returned in 2000), assured me that Mader’s wasn’t going anywhere and that because of its reputation, level of quality and proximity to the new arena it would, if anything, thrive in the future.

"We're not hurting for customers, but we have our slow periods, like anyone else," says Eggert. "We get a lot of business before and after concerts and games. And there's a niche group of people who scour the country looking for German restaurants. They're frickin' German food crazy." 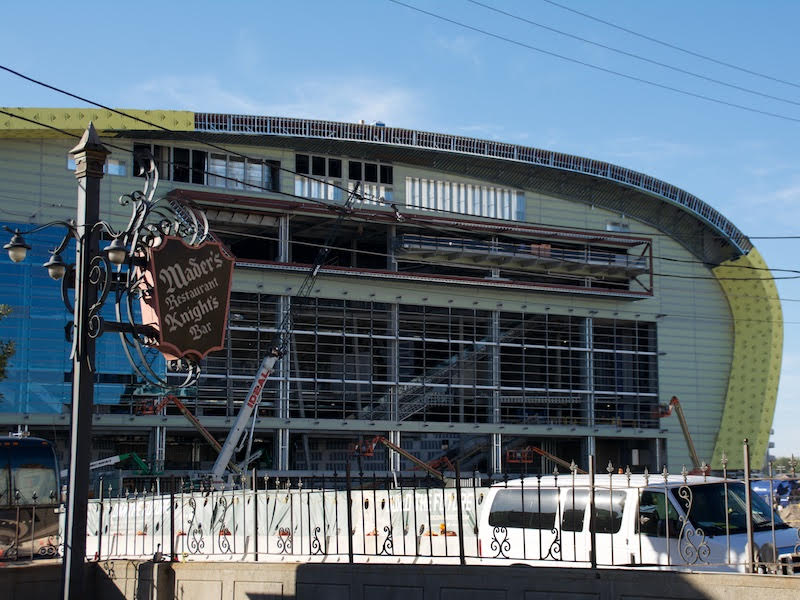 However, a lot of customers – particularly younger customers –  who stop in before or after an event are more likely just to have a few beers rather than a German meal. During the week Eggert said most of the people who stop in are tourists or people in Milwaukee for business. In fact, when we sat down at the bar, the first thing he asked us was, "Where are you from?" 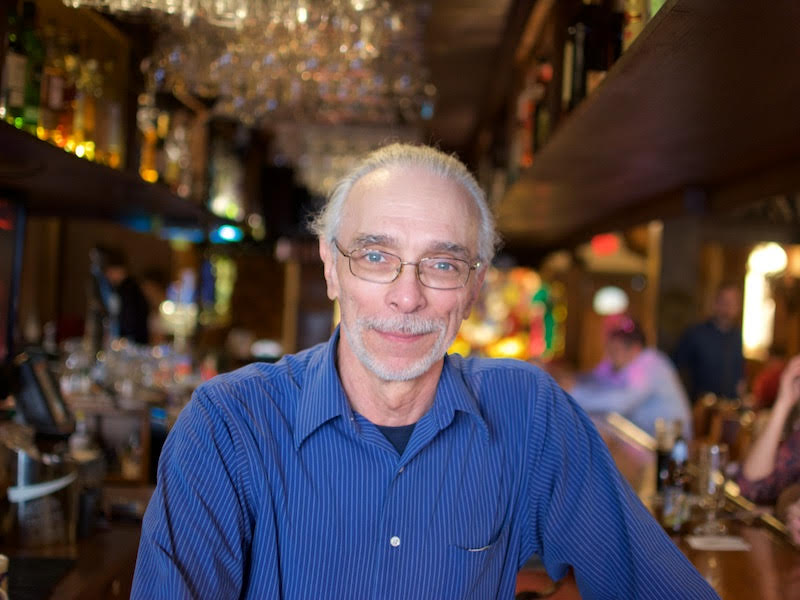 Mader’s looks and feels old school European, with Bavarian decor and authentically-dressed servers. The dining rooms are elegant, but we decided to sit at the large bar, particularly because of the comfortable seating. 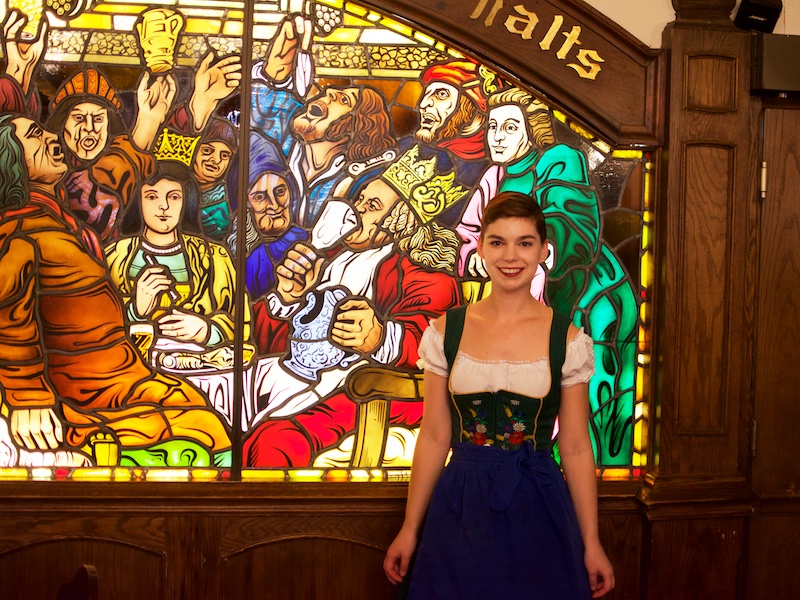 Knight’s Bar has eight German beers on draft and about 16 in bottles. Plenty of non-German beer – along with a nice selection of wine and mixed drinks – are also available. During Happy Hour, everything except bottled beer is discounted.

We stopped in around 4 p.m. and therefore were able to order off the lunch menu. We got the un-German Reuben rolls ($9) and the very-German "Schnitzwich," a wiener schnitzel with tomato jam and Boursin cheese, topped with fried pickles and served on a pretzel roll with a side of warm German potato salad ($9). 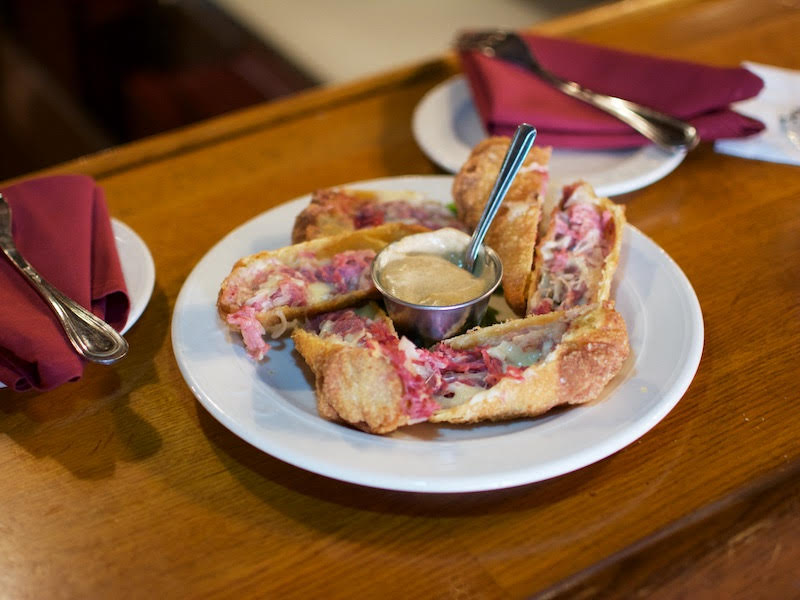 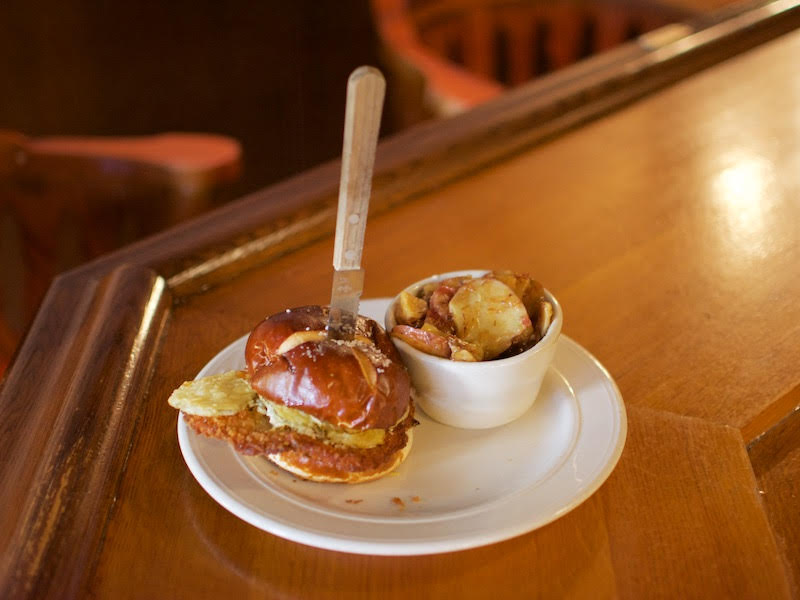 The food and service was very good – we particularly enjoyed the fried pickles on the sandwich –  and because two people shared both items we left feeling full but not food-coma stuffed that sometimes happens after eating German grub.

Mader’s history is as stellar as the food, service and decor. In 1902 Charles Mader spent his life savings on a small building on Plankinton Avenue and named it "The Comfort." For 20 cents, a customer could eat a large dinner – and leave a tip. Large steins of "Cream City" beer were three cents or two for five cents, and if a customer spent five cents on beer, lunch was free.

A few years later, Mader moved the restaurant to its current location and soon after it became known as "Mader's."

Right before Prohibition struck, Mader hung a sign in the window of his German pub and eatery that read, "Prohibition is near at hand. Prepare for the worst. Stock up now! Today and tomorrow there's beer. Soon there'll be only the lake."

When Prohibition ended at midnight in 1933, Mader's served the first legal stein of beer in the city. 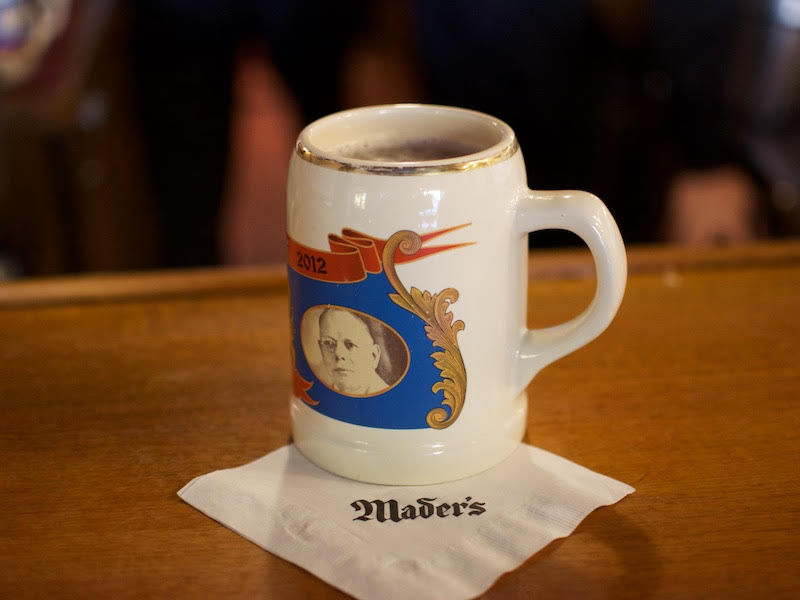 Mader’s isn’t in jeopardy of closing, but it could only benefit from more weekday support from locals – and some younger customers. Thus, we made a vow to come to Mader’s, particularly the Knight’s Bar, more regularly and during the week for happy hour.

After all, if Mader’s was worth a stop for famous folks like Paul Newman, Audrey Hepburn, Will Ferrell, Tom Petty, John Belushi and Alicia Keys (among many others whose photographs hang on the walls on the way to the restrooms), it’s worth a stop for a couple of regular ol' Milwaukeeans. 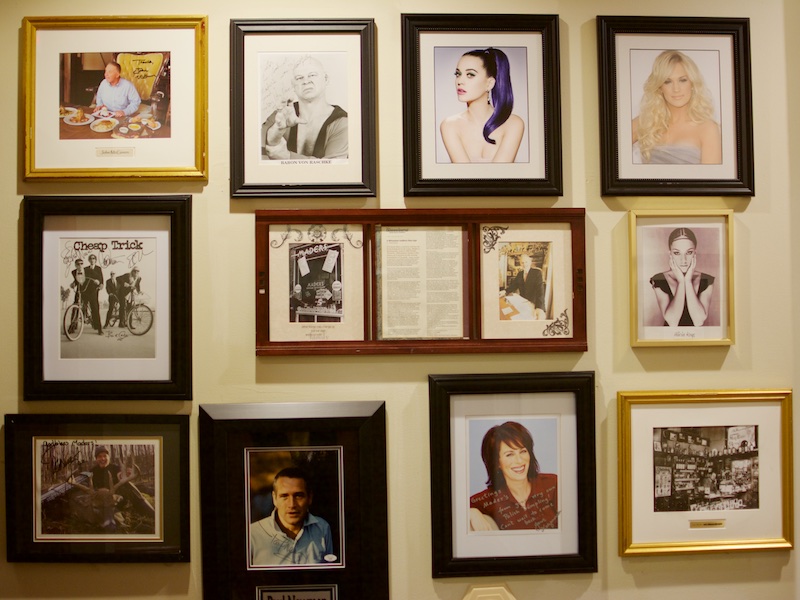 Mader's, German food, Get Your Ass In Here