Get Your Ass In Here: Voyageur Books

Adore that old school restaurant? That quirky bar? "Get your ass in here" is a new series highlighting original and extraordinary local businesses that are thriving, but to ensure continued success, need our butts and our bucks there on a regular basis.

Jeremy Mericle and Blaine Wesselowski worked at Renaissance Bookstore's Downtown location collectively for 20 years. Wesselowski was employed there for 13; Merical for seven. When the massive bookstore was closed (later to be demolished in 2017), the booksellers and friends worked at the two other locations, one in The Shops of Grand Avenue Mall and the other at Mitchell Airport, but they ultimately wanted to open their own shop.

"If you want to make more than $8 an hour, you really have to do it for yourself," says Mericle.

Eventually, they found a space on the north end of Bay View that was ideal. As a former well-kept non-profit office, they basically just had to paint the walls (they chose a warm rust color) and built floor-to-ceiling bookshelves. They named the business Voyageur Book Shop.

The two-level space is extremely fresh, clean and tidy and houses, according to Mericle, more than 12,000 books. A smattering of the books are new, but the majority came from thrift shops, estate sales and independent sellers.

"You know, grandpa dies and left all of his books behind," says Mericle. "Basically, we’re looking for what will sell."

Mericle says although it’s not easy being an independent bookseller, they are seeing a steady increase in business and believe word-of-mouth will attract more customers and increased online sales will eventually generate more income.

The book selection ranges from popular contemporary titles to rare, first edition and/or signed volumes. They range in price from $1.50 for a kids’ book to $1,000 for a first edition copy of "Man in the High Castle." Most books are between $8 and $14.

Mericle says despite the popularity of e-readers, many people still prefer hard copies. "And a lot of people read both," he says. "I’ve had customers who said they are reading a book on their Pilot, but got tired of looking at the screen."

Voyageur hosts readings, community events and writing workshops. It’s also the home of Bustopher Jones, a friendly orange cat who might greet you at the door. 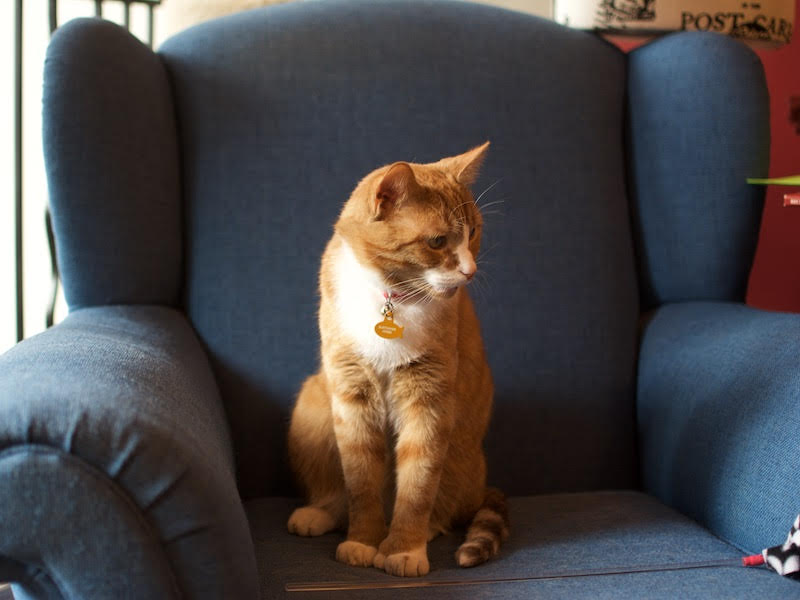