Take a free, six-mile ride on a new Harley-Davidson Roadster

Harley-Davidson launched a new concept in Milwaukee, Portland and Los Angeles today: a pop-up bike share that gives riders the chance to test out the new Dark Custom Harley-Davidson Roadster. In Milwaukee, the pop-up popped up in the Third Ward on Broadway.

In Milwaukee, the pop-up popped up in the Third Ward on Broadway today from 10 a.m. to 2 p.m. and will move to the H-D Museum Thursday and Friday with the same hours.

Free of charge, people with a valid motorcycle license can take a Roadster for a spin on a six-mile course that runs along the lakefront. Helmets are provided – and must be worn – if a rider does not bring one of their own. 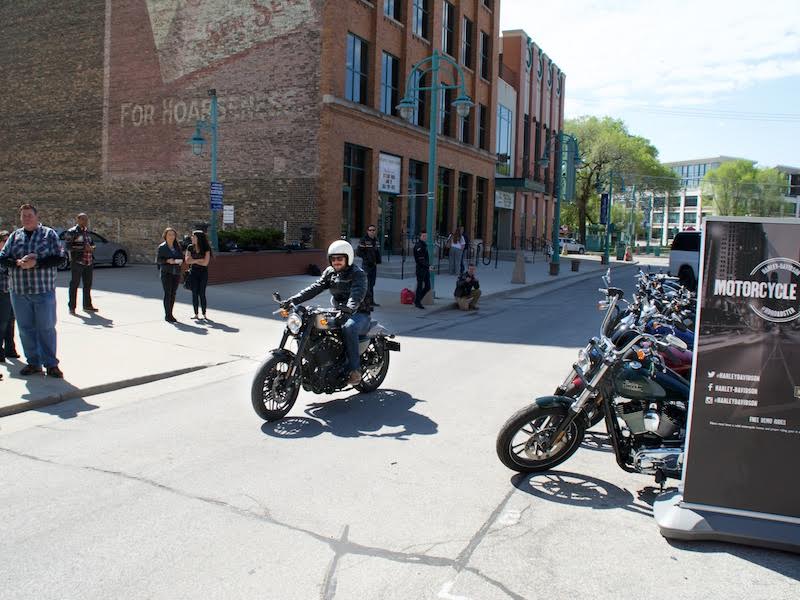 "The concept was inspired by the bike shares in cities across the country," says Michael Spaeth, the Global Outreach Customer Segment Lead for Harley. "In the Harley bike share, the two-wheel pedal bike is replaced with a 1200cc V-twin motorcycle."

Spaeth says the new Roadster is ideal for people living in the city because of features like better front and rear suspension and greater ground clearance. An increased lean angle and aggressive stance that keeps the rider forward makes it great for cornering.

The cost is about $7 a day, I’m told, so you can do the math. Of course, that does not include insurance. 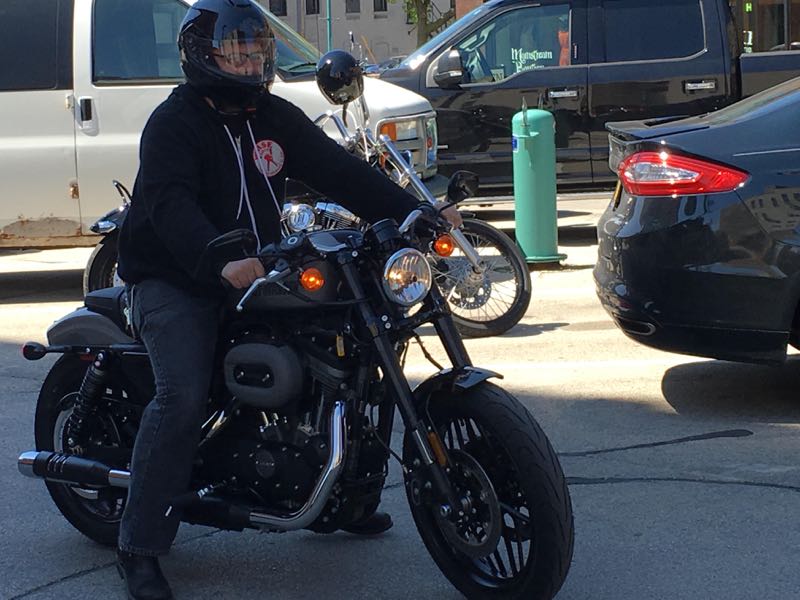 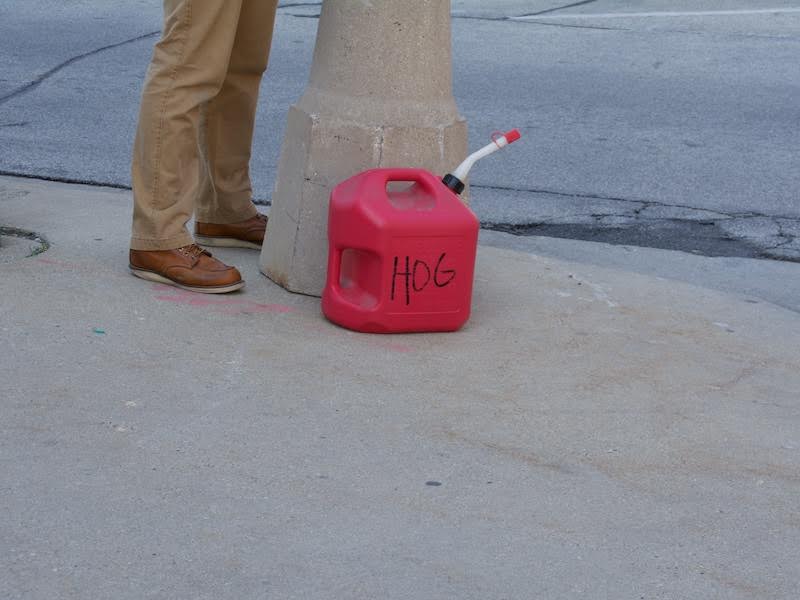 My partner and OnMilwaukee contributor Royal Brevväxling, who owns a 1974 Harley FXE, took a Roadster for a spin today. "The forward riding position was a lot of fun – something different for me – and the suspension made riding down the pothole-riddled Prospect Avenue a breeze," said Brevväxling.

Because I do not have a motorcycle license (yet) I "rode" a stationary Harley mounted on a trailer that Mark McClain from House of Harley Davidson taught me how to start and shift through the gears. It was pretty thrilling, actually, and McClain says I was a natural, but he was maybe just being nice. Then again, I am a Milwaukee product, just like Harleys, so maybe I do have a biker gene. 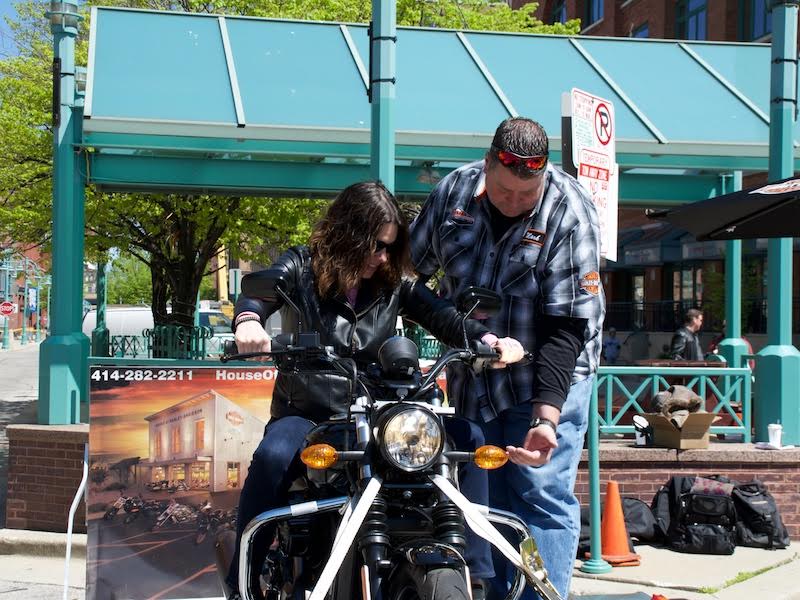 Recently, Spaeth says he helped "break in" one of the new Roadsters – which meant he drove it for 200 miles – and was so impressed with the bike, he's buying one for himself.

"I’m getting one on Saturday," he says.