Today, I received the alarming photo you see above.

According to media reports, the site was sold in 2017 to Becher Development, and Rinka Chung Architecture was tapped to design a commercial development with offices and, potentially, a hotel, that would be built by Michels Corp.

I guess I naively hoped that the former station’s listing on the National Register of Historic Places would be enough to save it and make it part of the developer’s plans.

"I do not know if there was any consideration of incorporating the building into the new business park that is said to be going in on the site," said Carlen Hatala of the City of Milwaukee's historic preservation office. "Other buildings in the vicinity were demolished as well to create a big development parcel.

"National Register status does not protect the building. The Elizabeth Plankinton Mansion was also National Register listed. Applying for local designation might have been an uphill battle in the face of the proposed development at the site.

"The pumping station actually had significance for its innovative technology which officials from Chicago and I believe New York City came to observe. There was a Master’s Thesis written about it." 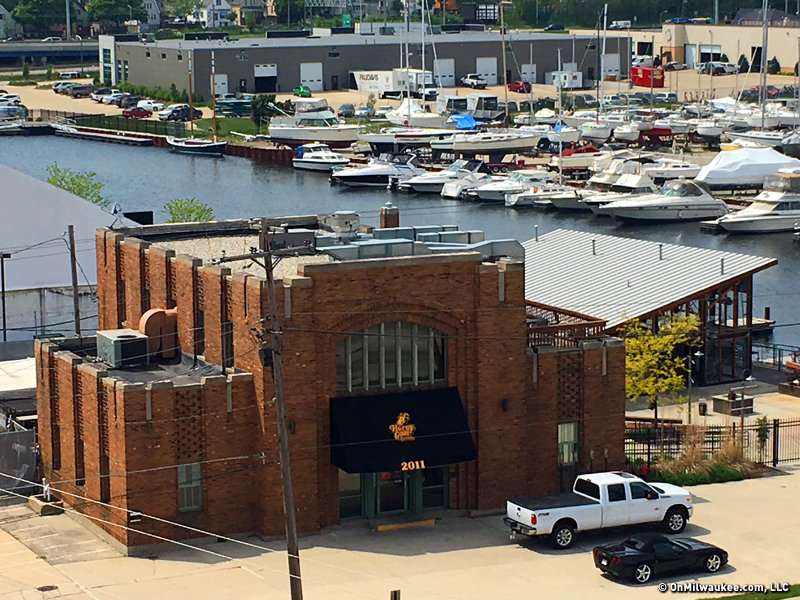 Here is what I wrote about the station in 2016:

According to MFD Deputy Chief and historian Jim Ley, "The idea of a high pressure station was to boost water pressure in the area because of a poor water system after a large fire on Aug. 14, 1929. There had been similar stations out east." A historic designation report notes, "The singular purpose ... was the replacement of Fireboat No. 17 in a heavy industrial area, where the streets and river were crossed several times by bridges and railway tracks."

The Depression quashed plans to build a second such station on the North Side of town. Anyway, by 1948, Ley says, the station was only used to fight seven fires and so it was closed in 1950 and, after selling the pumps, used for training. In 1962, MFD gave the building back to the city and 19 years later it was designated a National Historic Landmark. 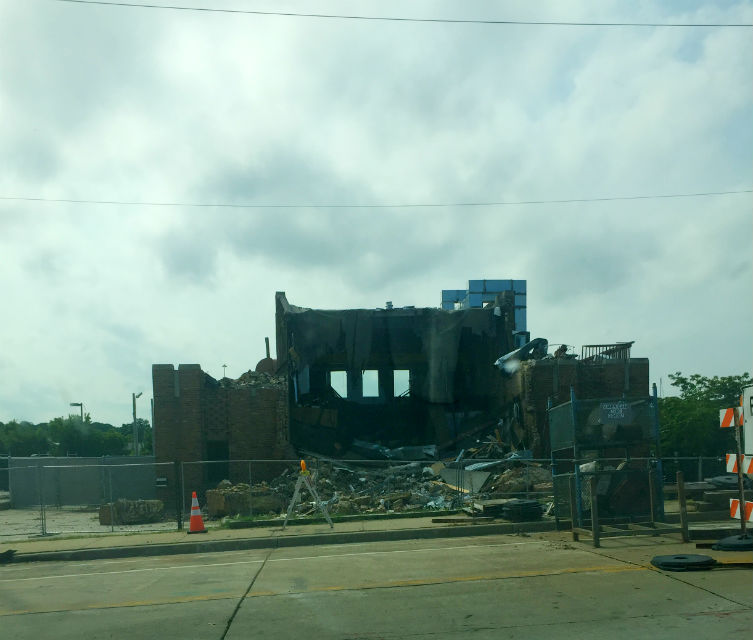 Interestingly, in an Urban Milwaukee article about a Michels' representative's appearance before the City Plan Commission in June, no mention is made of razing this building.

The article quotes Andrew Schmitt of Michels Realty telling the committee, "I can’t get into too many details because there are a lot of moving pieces at this point."

Bay View Ald. Tony Zielinski said in a message this afternoon that there will be a press conference on the development, and the demolition, next week.

"It's always sad when a historically designated building is not maintained and is razed," said Stacy Swadish, executive director of Historic Milwaukee, Inc.

"We encourage people to learn about Milwaukee's history, architecture and the built environment through out walking tours and other programs including Doors Open."

Stay tuned for updates, but the photo says it all. It's too late to save this gem.

This is a truly disappointing "development" in Bay View.