In this first article in a series of Harley-Davidson dealership profiles, OnMilwaukee.com chats with House of Harley-Davidson owner John Schaller about the company's history, the popularity of Sons Of Anarchy, the power of a clean bike and what it feels like to ride a Harley.

This is the first article in a series entitled "Dealers of American Dreams" focusing on Harley-Davidson dealerships in southeastern Wisconsin.

In 2000, John Schaller took over as the owner of The House Of Harley-Davidson, 6221 W. Layton Ave., and over the years made significant modifications to the business. His first change, however, was the size of a dash. Literally.

"I added a dash to the ‘Harley-Davidson’ in the business name," says Schaller. " I suspect it was left out initially because someone didn’t think to add it, and due to my excessive compulsive nature, I put it in. Punctuation is a beautiful thing."

After graduating from Marquette University with a law degree, Schaller worked as an attorney for 20 years before he decided to make a major career change. He became the general manager at the House of Harley-Davidson in 1994. This was just a few years into Harley’s glory years, which Schaller says lasted from 1992 until 2004.

"The tide of all Harley dealers rose significantly in those years," says Schaller. "We had people on waiting lists for Harleys back then because production didn’t equal demand."

However, Harley started to overproduce motorcycles and the economy started to decline, so in 2006, many dealerships – including the House of Harley-Davidson – were overstocked with bikes.

"In 2008, the recession hit hard and that was officially the end of the glowing age of the Harley dealership," says Schaller.

The slump in motorcycle sales inspired Schaller to find a new niche, and so the business focused on e-commerce and became a worldwide leader in the field.

Today, Harley-Davidson motorcycle sales have improved. Production has been scaled back and in some parts of the country – particularly parts of the South – there is once again a higher demand than there is supply. 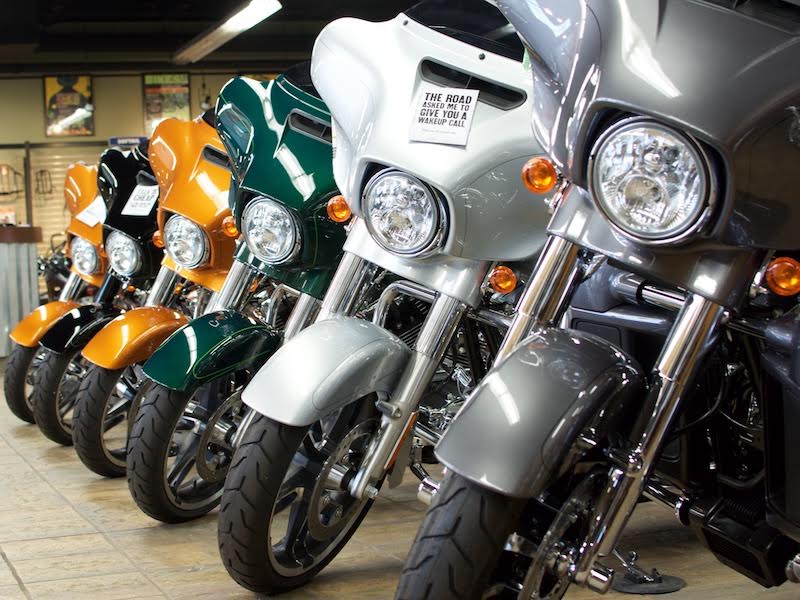 The popularity of the television series "Sons Of Anarchy" may or may not have something to do with the resurgence in popularity.

"Just like I don’t think people started meth labs after watching ‘Breaking Bad,’ I’m not sure people jumped on motorcycles after watching ‘Sons Of Anarachy,’" Schaller says."But it certainly hasn’t been bad for business, either."

Schaller says the Harley-Davidson brand has been and always will be embraced as an "American dream" story. The motorcycle manufacturer, founded in 1903, survived the Great Depression, years of poor management and competition from Japanese manufacturers.

Harley is also an image embraced and coveted by many.

"It gives you a bad boy image without having to be a bad boy," says Schaller. "And it provides a sense of freedom."

For the House of Harley-Davidson, which opened in 1972, selling new and used motorcycles is the core of the business. There are usually between 250-300 bikes in the showroom.

"As long as we have more bikes in spring than in winter it’s all good," says Schaller. 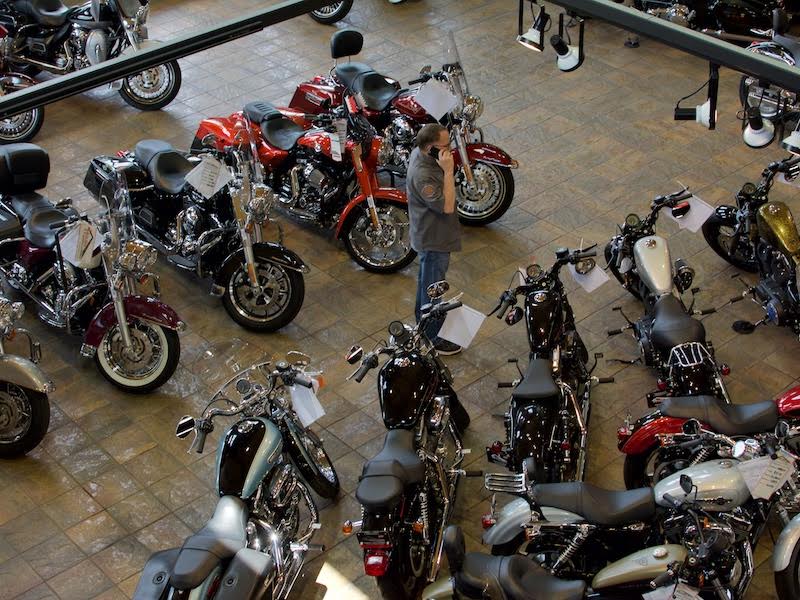 The House Of Harley-Davidson also offers a large selection of clothing and merchandise, repair services, auto parts and motorcycle rentals. Thanks to Harley’s history in Milwaukee, as well as the addition of the Harley Museum, thousands of tourists travel to Brew City for bike culture from around the world.

"Every day, there is someone speaking a foreign language here," says Schaller. "It’s very cool. We have a following of people from all over who want House of Harley-Davidson on their T-shirts. It’s one of the best-known dealerships in the world."

The overall demographic of a Harley-Davidson rider is difficult, if not impossible, to pinpoint.

"People always think it’s the 55-year-old white male who's overweight with the long ponytail or the weekend warrior who’s an engineer or a nurse during the week and gets wild on the weekends. And there are those riders. But there are also riders who look like you, like me. They’re all of us," says Schaller. 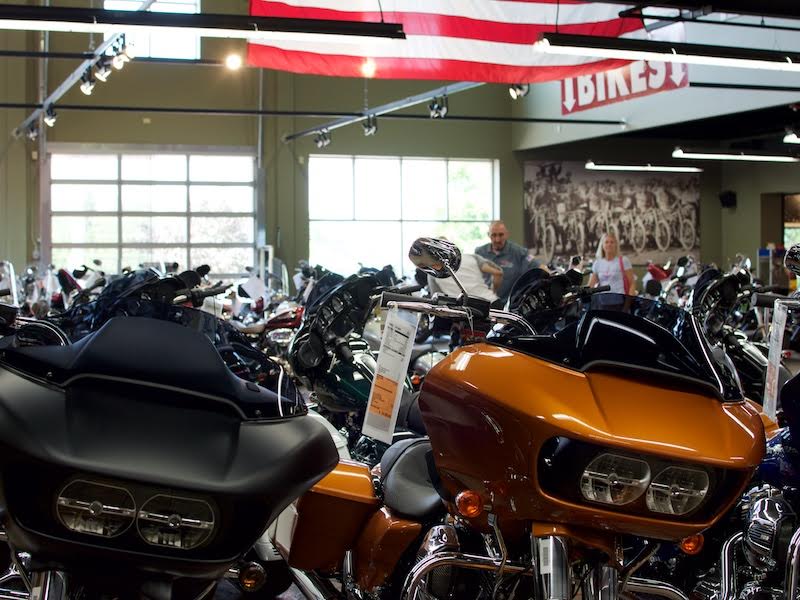 Schaller started riding in 1993 as an adult. He wanted a bike in high school and college, but his father – an FBI agent who had been first-on-the-scene of a gruesome motorcycle accident – forbid his children from riding.

"I often say that I hear a whirring noise at night and it’s my father not turning but spinning in his grave now because I own a dealership," he says.

Taking a safety class, according to Schaller, takes away 95 percent of the risk associated with riding. "To ensure the other five percent, go to church," he says.

House Of Harley-Davidson has always offered new rider courses on the weekends, but, recently, added a weeknight class as well. In doing this, Schaller says the number of women, African Americans and Latinos taking the course has increased.

The House of Harley-Davidson has been at the center of the brand's anniversary celebrations. 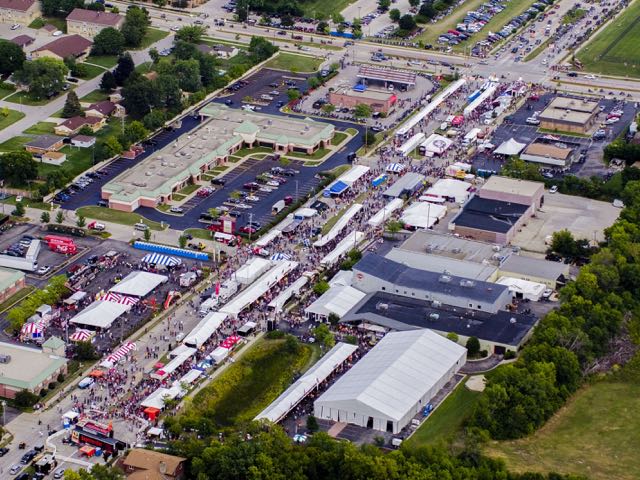 An aerial view of the 110th anniversary House Of Harley-Davidson block party.

In 1997, Schaller traveled to Sturgis to glean ideas and prepare for the 95th in 2000. He returned with the idea to sell parking lot space to vendors and a lengthy list of interested vendors interested for the event. In 2013, for the 110th anniversary, the dealership hosted a party that stretched across eight blocks of Layton Avenue and welcomed thousands of guests.

"We’ve always been a destination dealership because of our close proximity to the museum, airport and lakefront events," says Sarah Maio, marketing manager. "We’re used to welcoming customers and large groups from around the world."

Schaller says the key to his dealership's success is due – in part – to the solid follow-up service offered by the shop’s master technicians. 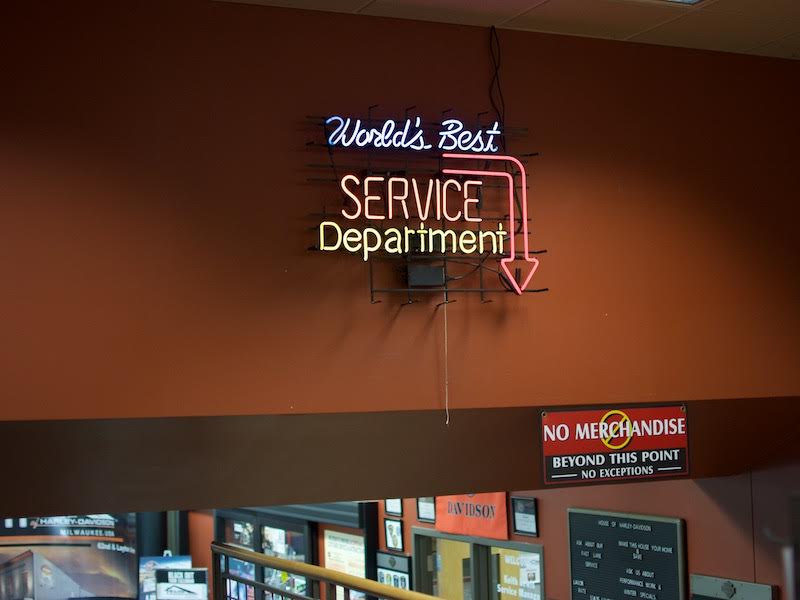 "It’s the service department that sells the second motorcycle. Someone comes here and buys a bike, great, but when they come back to have the bike serviced, the outcome of that experience is what decides whether or not they return," he says.

Schaller says one of the most important jobs at the dealership is the person who washes the bikes after they are serviced. When a new washer starts the job, Schaller makes a point to introduce himself and express the importance of their job. 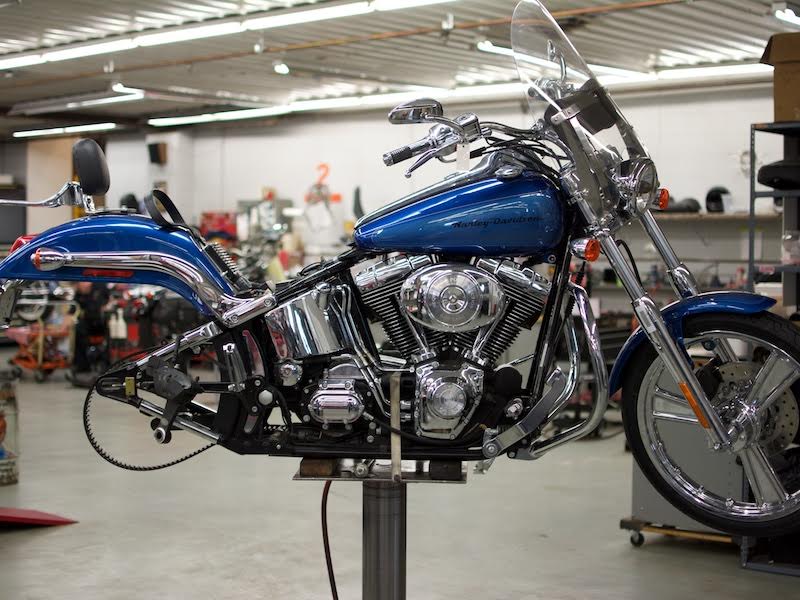 "A master tech can spend eight hours trying to diagnose and fix an intermittent electrical problem – the hardest thing anyone has to do. When they figure it out, and it might cost $800 or $1,000 in service and parts, the customer is immediately satisfied that the problem was fixed. However, if they walk out to their bike, and it’s dirty, forget it. It diminishes everything we just did. They’re out at the bar or at the kitchen table that night saying that they paid $1,000 and we couldn’t even clean their bike," he says. "And they’d be right."

Schaller says the experience of riding a Harley-Davidson is like none other and he describes it as "the closest thing to flying" as well as "enabling" and "freeing."

"It’s like being the last American cowboy. You're out there by yourself, with the road, and you are more alive than you are when you’re not on the bike," he says. "It’s coming to know the difference between pig, horse, sheep and cow manure. It’s the smell of the road when it first starts to rain. When I’m on my Harley, I am completely in tune." 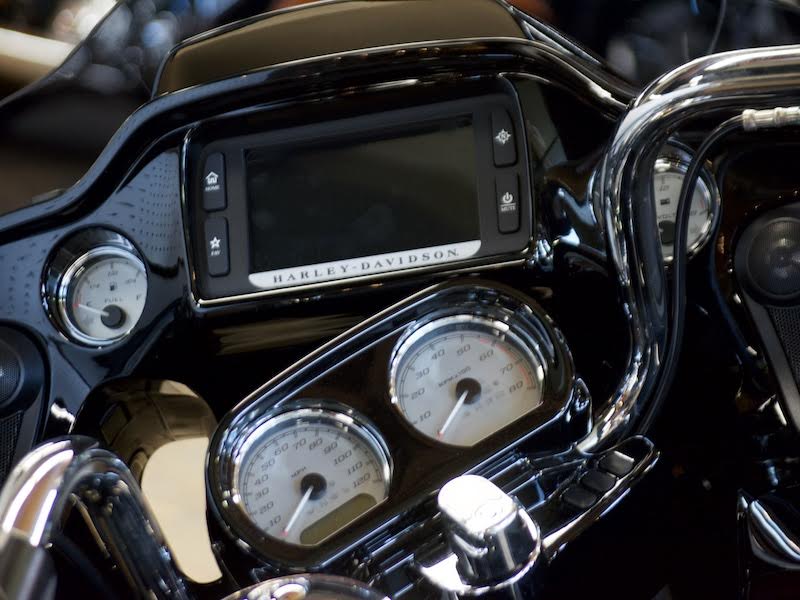