"Hygge" is one aspect of Danish culture that embraces winter. Let's get more into this, Wisconsin.

A version of this article ran in 2018, but in honor of the start of a new year and a new winter, here's some info on this growing tradition. Happy hygge!

When Kathleen Kennedy Klassen and her family moved from Milwaukee to Denmark for six months, she immediately noted a commonality between the two cultures: a dislike for winter, even though the frigid season is very long in both locations.

"It’s a national pastime to complain about cold weather," says Klassen. "But the Danes do things to make the most of it. Or at least lessen the harshness of it."

"Hygge" is one aspect of Danish culture that aids in embracing winter. Pronounced "hoo-guh," the word is often translated into English as "cozy," and although coziness is certainly a part of it, there’s more.

"Hygge is a state of mind. Celebrating the sweet little moments in life," says Klassen. "It’s about surrounding yourself with the people and things you love."

The word "Hygge" likely comes from a 16th century Old Norwegian term, "hyggja," meaning "thought" and "mind" but later also "to comfort" or "to console." In 2017, hygge was added to the Oxford English Dictionary for the first time. (Milwaukee Public Library cardholders can access that resource here.)

Winter is the most hygge time of year and includes everything from the wearing of warm slippers in front of a fireplace to enjoying the company of friends and neighbors to going the extra mile and making a foam heart atop a steaming latte. Danish doctors often recommend "tea and hygge" to patients with a common cold.

In 2016, Elysabeth Reichman traveled to Denmark for work during warmer months, but she still experienced hygge.

"There were so many aspects of the country that were gracious and warm," says Reichman. "As far as Danish hospitality and design, I saw it in the places I stayed, the food I ate, and the people I spent time with. They were very warm and very kind."

In Denmark it is common for parents to leave their well-bundled babies in strollers outdoors for periods of time. Klassen’s children spent six hours outdoors during every school day regardless of the temperature.

And whether it’s wintertime in Copenhagen or Cudahy, dressing appropriately is key.

"My kids were a little wimpy about it at first, because here they spend, maybe, 30 minutes outside during recess," says Klassen. "But it’s all about the gear. If they are wrapped up, kids – and adults – can enjoy the outdoors for long periods of time in winter."

Danes also spend time sitting outdoors at bars, cafes and restaurants, often wrapped in blankets. In Wisconsin, this is not practiced in the same way, but some bars and cafes have installed patio warming devices for patrons who wish to spend time outside (and, in some cases, so they can smoke.) 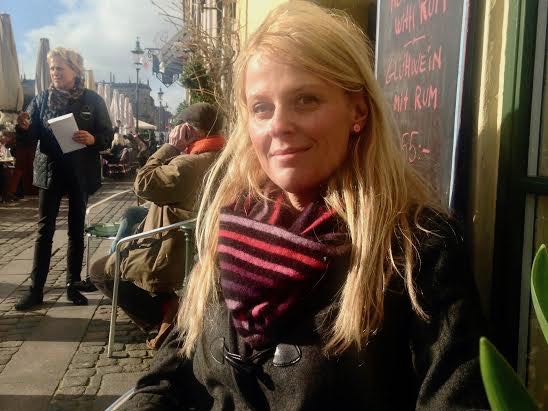 Kathleen Kennedy Klassen at a cafe in Copenhagen.

Personally, I was enchanted to learn about the word a few years ago when it showed up in an article in my Facebook feed. I realized that the hygge lifestyle is exactly how I prefer to live life. I light lots of candles all year ‘round, I love crock pot cooking, playing vinyl records (the warm and crackly sound!) and I’ve always preferred living in smaller homes. I once owned an Airstream camper and dreamed of residing in it full time and currently have similar feelings toward my Volkswagen bus.

I simply feel most comfortable, in control and relaxed in a clean and cozy space.

But I also recognize that hygge is a privilege, obviously one that those without basic needs  cannot even begin to comprehend, and so while wearing fuzzy wool slippers and drinking coffee with real half-and-half from a mug handcrafted by a friend, I attempt to remember gratitude, as does Klassen.

"Life is hectic so we have to create these moments. My friends and I just had a nice lunch with candles and cookies, loving what was around us," says Klassen. "It’s so important because life goes by so quickly and hygge helps to slow it down and to savor the little things." 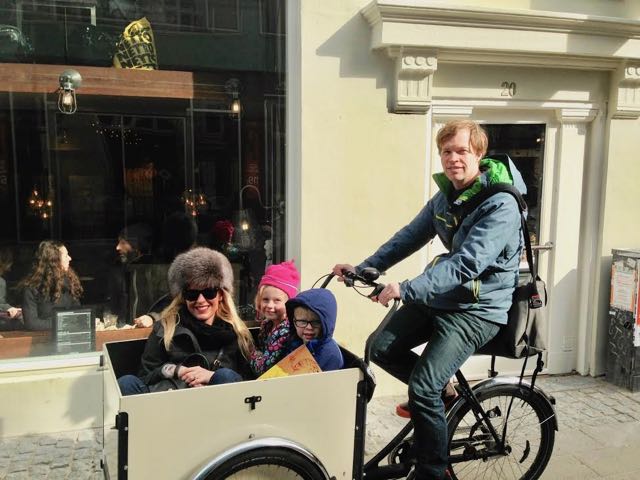 Release your inner Griswold with the Milwaukee sledding guide

The cold sucks, but these 12 cool images of the Wisconsin winter don't