Wry as ever, Johanssen's comedy matures with him

That nervous edge, those bugged-out eyes, the gestures and wordless actions -- they infuse a geeky, twitchy jolt of humor into almost everything comedian Jake Johanssen says.

It is surely what Johannsen -- who performed Friday night at Turner Hall Ballroom -- says, but just as much, it's how he says it.

Unlike, say, a Mitch Hedberg, whose jokes have entered the daily banter of my life -- and countless others' -- I can't recite a singe Johanssen quip on demand, despite being a long-time fan. No, what I remember best about Johanssen is that ball of nervous energy waiting to explode on-stage. But he never does, instead he simmers, keeping his audience in stitches. 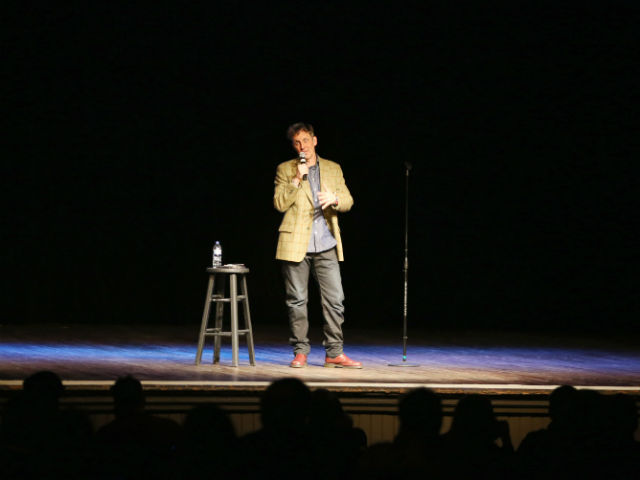 Most of us first met comedian Jake Johannsen on late night television, thanks especially to David Letterman who once called the lanky comic his favorite comedian, and often brought him onto the show. Forty-six times, to be exact.

But Johannsen, 55, has also done a Netflix special and has been all over Comedy Central and HBO.

On Friday night at Turner, Johannsen riffed on Wisconsin topics -- the Iowa City native said he lived in Wisconsin for a time, but did not elaborate -- like the Mars Cheese Castle (which he saw during his drive up from O'Hare), the weather, his now Mr. Magoo-like driving skills and, during a discussion of AARP, the Fonz, which led an audience member to crack open an exchange with Johannsen about the Bronze Fonz. 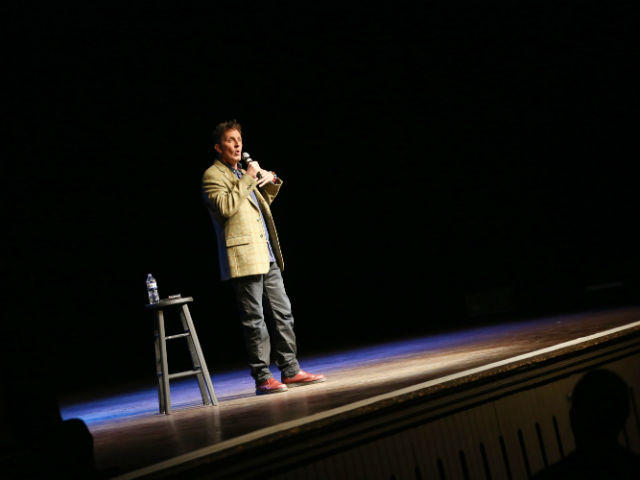 But most of Johannsen's material focused on aging: being stalked by the American Association of Retired Persons upon turning 50, having a colonoscopy, parenting his 11-year-old daughter, relationships, social media.

While much of the material is NSFW, Johannsen, who performed for a little over an hour, held the crowd rapt and, at time, in tears from laughing so hard.

Opening the show was Wisconsin native Andi Smith, who has been on "Last Comic Standing," a Wanda Sykes special and other television shows, mined similar territory -- parenthood (she has a 3-year-old) and relationships (mostly gone wrong, it seems) -- but with an edgier vibe and and a more bitter schtick. Her roughly 20-minute set was sharp and biting and thoroughly funny. 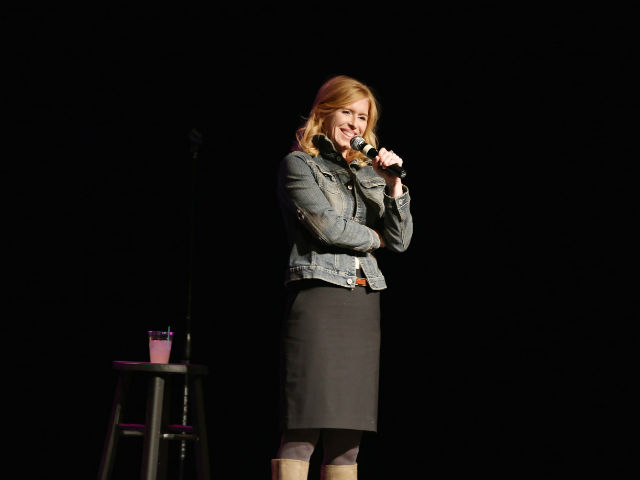 Gaffigan is coming back again